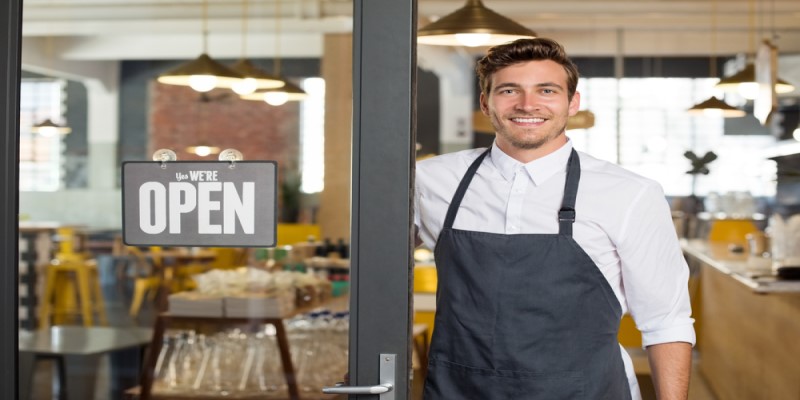 Despite uncertainty surrounding the EB-5 Regional Center program, the EB-5 Direct Investment program continues to stir the interest of global investors from around the world, with many eyeing entities like restaurant businesses to gain a foothold in the U.S.

Immigration attorney Bernard Wolfsdorf, who is a managing partner at WR Immigration (Wolfsdorf Rosenthal LLP) and former AILA president, said restaurants seem to be the most popular business in the EB-5 Direct investment space.

“There is a surge of interest and demand for EB-5 direct as a result of the uncertainty associated with the lapse of the Regional Center program,” Wolfsdorf said.

He said he is seeing a trend of restaurant chain and franchise operations as direct investments.

“My concern with most of the direct projects I have seen is to ensure they have viable exit or repayment strategies,” Wolfsdorf added.

Own EB-5 business versus others’ direct deals

“We’re seeing a pretty even split between investors who choose to start their own business (various industries) and those who are investing in others’ Direct deals. Certain franchises have been popular with direct investors and investors continue to express interest in franchise deals,” Chinchoy said.

She cautioned investors against opting for the popular choice.

“My advice to investors is to focus less on the industry itself but evaluate each project on its own merits. Things are ‘popular’ don’t necessarily result in viable direct deals,” she said.

“Because of the RC-program hiatus, there is a surge in direct deals on the market. Many deals fall into what could be considered a typical direct deal – restaurants, franchises – while others feature businesses that could be characterized as tech start-ups. Investors have to be very careful about subscribing to tenuous VC-backed projects as the risk of losing it all – immigration benefits and investment – can be high in such deals,” Chinchoy added.

Edward C. Beshara, who is a managing partner at Beshara, PA, said many foreign nationals intend to invest in EB-5 direct projects owned and operated by separate companies.

“That is, the investors are committing their funds to a pooled investment process in which they may be one of 4 to 6 EB-5 investors,” Beshara said.

“The popular types of EB-5 Direct Projects would allow the creation of 10 fulltime jobs per investor such as warehouses, showrooms, fulfillment center hubs, restaurants, and suitable franchises,” he added.

Charles C. Foster, who is the chairman of the Houston-based Foster, LLP, pointed out another trend involving restructured regional center projects.

“In our experience, we see direct investments in all sectors, but with investors primarily attracted to establish regional center projects that have been restructured to be EB-5 direct investment compliant,” Foster said.

Phuong Le, who is a partner at KLD LLP, said while it is true that there is an interest in franchises in the direct investment space, new concepts remain unpopular with foreign investors.

“People want franchises, but ideally well capitalized ones with experienced operators. New concepts aren't popular. They want experienced operators who will be able to help run the day-to-day operations for our clients. What this does in real time is allow knowledgeable firms and companies to adapt the RC model for direct EB-5,” Phuong Le said.

“We have franchises being offered by master franchisors and publicly traded businesses. People are beginning to understand that direct EB-5 doesn't mean you have to settle. Investors have choices. Why not make the same demands you make of RCs?” he added.

Ying (Elissa) Lu, who is a managing attorney at the Law Office of Lu & Associates, said she was seeing a lot of interest in EB-5 direct investment from India.

“Since the statutory authorization related to the EB-5 Immigrant Investor Regional Center Program expired on June 30, 2021, more investors are exploring the feasibility of direct EB-5 projects. According to one direct EB-5 project that I have recently collaborated, it sees over 1,000 unique visitors per day to its website. Around half of the visitors are from India,” Ying (Elissa) Lu said.

She added that though the interest remains high, many investors are deterred by the long process, uncertainty of the EB-5 laws and regulations, and the risk associated with the investment.

She also said she was not seeing a particular preference for the type of industry.

The L and E visa options for investors

Ying (Elissa) Lu also shared that some EB-5 investors are eligible for the L or E visas.

“Different from the EB-5 visa, where the investor is the petitioner, both the L visa and the E visa petitions need to be sponsored by a U.S. employer,” she said.

“For example, to qualify for the L-1 status, the alien must have been employed abroad with an affiliate, parent, branch, or subsidiary of the petitioning U.S. company for a continuous period of one year within the three years prior to filing the petition or entry into the United States.”

She added: “Therefore, if an EB-5 investor happens to manage a company in a foreign country, they may have another visa option: the L-1 visa. That foreign company can set up a subsidiary in the U.S. and send the alien into the U.S. with an L-1A visa as a managerial or executive employee. Later on, this alien may apply for a Green Card under the EB-1C category, which currently does not have a visa backlog for worldwide applicants.”

Ever since the EB-5 Regional Center program lapsed last summer, foreign investors were left with the only remaining choice of the direct EB-5 under the EB-5 program. While industry experts believe that Congress eventually will reauthorize the RC program, there is no definite date set for it, though some speculate that it could be as soon as this coming December.