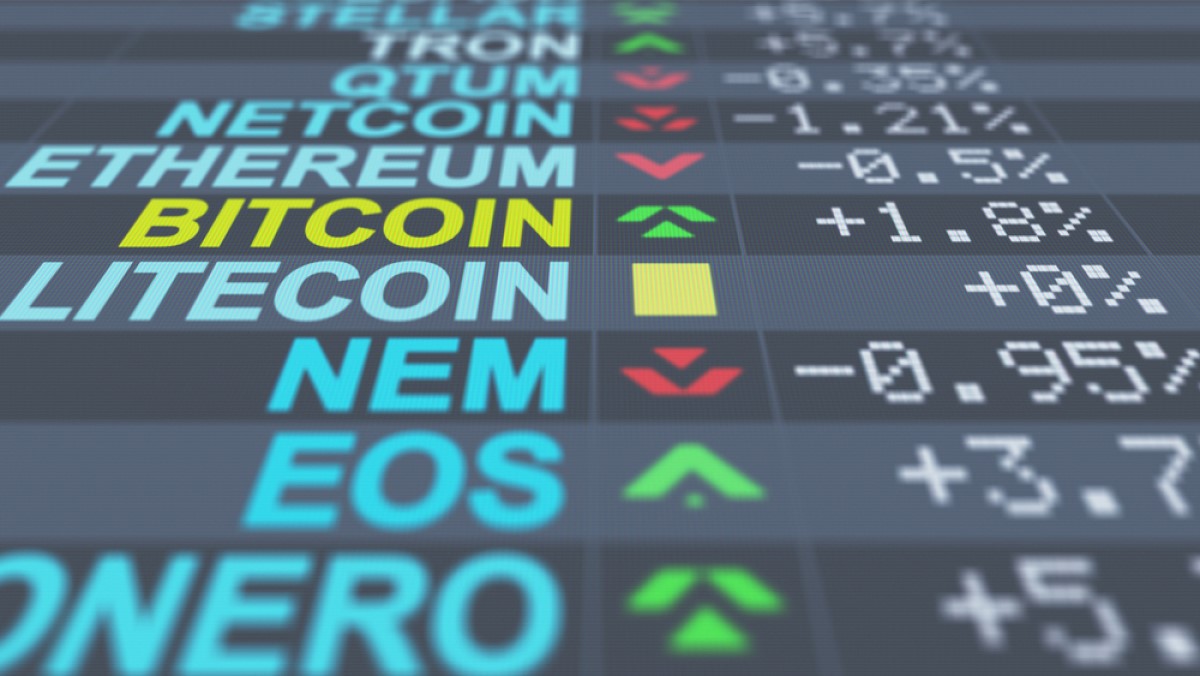 Welcomed by EB-5 community, the decision in Zhang v. USCIS et al.[1] provides much needed guidance on the use of loan proceeds as a source of EB-5 investment capital. However, the Zhang decision may be interpreted as not being about loans per se, but also as providing opportunities in showing the source of funds for investors who have legitimate money but do not have USCIS-friendly documentation for those funds. The primary example of those legitimate funds that cannot be comprehensively documented due to the perceived anonymity in accumulation process is cryptocurrency.

Over a decade ago, Bitcoin started the trend of cryptocurrencies entering traditional investment portfolios. As more investors across the world accumulate their wealth in cryptocurrencies, funds that originated from the use of blockchain technologies are becoming a more prominent part of the EB-5 process. Let’s identify opportunities for developing an argument for legitimacy of cryptocurrency-originated funds in light of the recent Zhang decision.

WHAT IS ZHANG ABOUT?

The plaintiffs in Zhang claimed that USCIS’s interpretation of its own regulation was “arbitrary and capricious” in violation of the Administrative Procedure Act (APA), 5 U.S.C. § 706, and the Immigration and Nationality Act (INA), 8 U.S.C. § 1153(b)(5); thus, denial of I-526 was improper. Additionally, the plaintiffs asserted that USCIS engaged in improper rulemaking when it added another requirement to the definition of “capital” for EB-5 purposes without notice and comment procedure.

The court in Zhang held that USCIS’s interpretation of the term “capital” was erroneous because it went beyond the structure and plain language of regulation 8 C.F.R. §204.6(f) (describing the “required amounts of capital”). Essentially, the decision turns to the interpretation of the “capital” that potentially may be expanded to the argument for legitimacy of cryptocurrency-originated funds even in absence of clear “path of funds” documentations.

The regulations only exclude “[a]ssets acquired, directly or indirectly, by unlawful means (such as criminal activities)” from the permissible source of capital.[2] By including this one and only limit how investors may acquire capital, the regulation implicitly excludes other limitations.[3] Accordingly, as long as cryptocurrency trade fits into the legal framework of the jurisdiction where it commenced, the Zhang decision supports the proposition that assets generated through the legitimate blockchain technology could be used for EB-5 investment.

CASH IS STILL THE KING

Even though Zhang does not directly concern cryptocurrency, the decision provides an especially important observation regarding the property of “cash” that is also attributable to the cryptocurrency assets – “fungibility”. Citing the Oxford dictionary definition, the court observes, “[c]ash is fungible, and it passes from buyer to seller without imposing on the seller any of the buyer’s obligations to his own creditors. The buyer’s source of cash—whether paycheck, gift, or loan—makes no legal or practical difference.”

Like common stock, precious metal, or money, cryptocurrencies are also fungible assets. One Bitcoin is always equal in value to another Bitcoin, a unit of Ether is always equal to another unit of Ether in the trade. The fungibility characteristic is precisely what makes cryptocurrencies suitable for use as a secure medium of transaction in the digital economy. This quality combined with the court’s assertion in Zhang that the source of fungible asset “makes no legal or practical difference,” potentially introduces cryptocurrency to the EB-5 market in the status equal to cash or any tangible asset permitted by regulations.

WHAT DOES “LEGALLY OBTAINED” MEAN FOR CRYPTO?

The major condition imposed on the EB-5 petitioners is the requirement that the investment capital be obtained lawfully and clearly attributed to the investor.[4] The question remains open whether cryptocurrency as a source of the investment capital still constitute “cash” if it originated in the country with legal framework for cryptocurrency exchange not consistent with the laws and regulations of the U.S.

Legal framework for cryptocurrency trade is still at the stage of development, both in the U.S. and abroad, with no uniformed approach to regulating this market. Even within the United States, regulations vary significantly, from Colorado passing bipartisan legislature[5] exempting cryptocurrency from state securities regulations, to Iowa, introducing a bill[6] that would prohibit the state from accepting payments in cryptocurrency. Outside the United States, documentation on origination of cryptocurrency would not be available to the citizens of countries where cryptocurrencies are subject to government restrictions, virtually foreclosing EB-5 program for crypto-traders from these countries.

And even if the funds were derived from crypto trade in the countries without ban on this type of transactions, the perceived anonymity of the trade makes cryptocurrency a “prime suspect” in tax evasion allegations, and for this reason is not favored by USCIS. Legitimate concerns have been raised by regulatory authorities worldwide that some employers pay employees in cryptocurrencies to avoid liability for payroll taxes and online sellers accept cryptocurrencies to avert sales and income tax liability. Understandably, these concerns undermine credibility of cryptocurrency trade for USCIS, an agency that traditionally relies on transparency in business dealings of the applicants.

According to the IRS, the U.S. government applies the same taxation guidelines to all cryptocurrency payments by and to U.S. persons and businesses[7]. However, many countries do not have such policies in place, which makes exchanges between traders much less traceable and more difficult to document sufficiently for EB-5 processes.

In Zhang, the court remarkably emphasized that “bona fides of a loan tend to show that its proceeds were lawfully acquired.”[8] Apparently, transactions that potentially indicate intent to avoid taxation and reporting taint the entire trace of funds for an EB-5 petition. Applying the Zhang approach to the cryptocurrency trade, it could be concluded that compliance with local rules and regulations at the stage of initial acquisition and sale of the cryptocurrency by the investor tends to prove legality of the proceeds from that trade. Accordingly, the investors from the countries with more regulated cryptocurrency markets are more likely to meet the evidentiary burden under the “preponderance of evidence” standard[9] by presenting evidence of their domestic tax compliance than investors from the countries where neither legislature, nor tax authorities provide guidance on reporting and tax payments.

Despite expansion of the definition of “cash” in the Zhang opinion, the court does not dispose of the requirement to document a path of the funds from origination to the investment enterprise. The court recognizes that in adjudication of EB-5 cases, USCIS verifies compliance with the requirements that serve valid government interests – preserving the integrity of the EB-5 program by confirming that the funds utilized are not of suspect origin.[10] However, within that policy, Zhang crafted an argument for legitimacy of the funds even if there is a “gap” in the history of trade between the third party and the investor.

The court observes that provisions of C.F.R. focus “on the exchange between the foreign investor <…> and the new U.S. enterprise”, rather than “on any prior exchange between the investor and his source of funds.”[11] In the context of cryptocurrency trade, the gaps in the chain of transactions are almost inevitable. Cryptocurrencies are stored in digital wallets that are essentially software or apps installed by users. They do not have traditional authentication attributes, such as name, account number or tax ID of the holder. Consequently, the best way to convince skeptical (and oftentimes not versed in technology) USCIS adjudicators that the funds transitioned from source to source legitimately is by presentation of collateral evidence, such as investor’s professional profile, level of income, record of conventional bank transactions reflecting original purchase of cryptocurrencies or mining equipment, and tax payments on capital gain realized at the sale of cryptocurrency. It appears that the shift in focus from the relationship of the investor with third parties in the process of accumulation of the capital, to contribution of the “cash value” to the commercial enterprise, proposed by Zhang makes the task of documenting the source of funds for crypto traders more manageable.

Among all sources of funds that are legitimate but extremely difficult to document, cryptocurrency trade is by far the most challenging, both for legal practitioners and USCIS adjudicators. Due to the complexity of the concept and non-conventional path of funds, USCIS is yet to develop a predictable and reasonable approach to the cases involving trade of digital assets. However, there is a hope that under Biden’s administration agencies will become more crypto savvy and adapt to the realities of modern economies.

Recently, the Senate Committee approved for the Chairman of the Securities and Exchange Commission a Presidential nominee Gary Gensler, who has taught courses on blockchain and digital currencies at M.I.T. Zhang v USCIS coupled with the appointment of a candidate versed in blockchain technologies to lead the major regulatory agency provides a solid starting point for building a legal framework in this developing area.

[9] See USCIS Policy Memorandum (May 30, 2013) PM-602-0083 “EB-5 Adjudication Policy” stating that the preponderance of evidence “is a lower standard of proof than both the standard of “clear and convincing,” and the standard “beyond a reasonable doubt”.