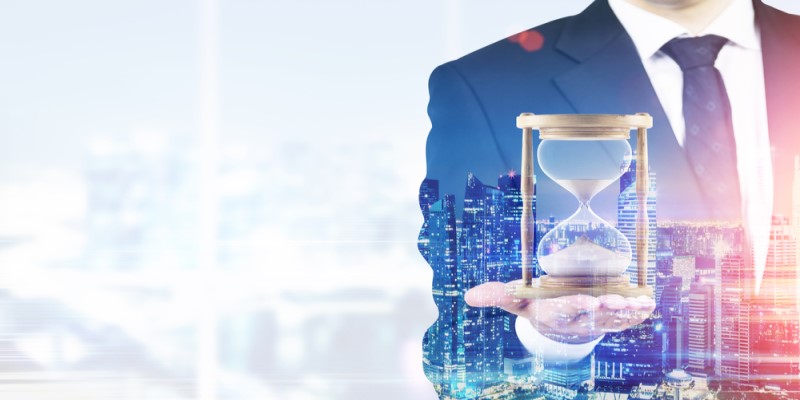 The clock is ticking as the deadline approaches for the June 30 reauthorization of the EB-5 Immigrant Investor Program.

The EB-5 Regional Center Program has been instrumental in guiding foreign nationals through the process. However, the regional center program must receive reauthorization from Congress, which in the past occurred through the government spending bill. That is, until December 2020 when Congress removed the program from the spending bill, giving the EB-5 Regional Center Program a sunset date of June 30 for reauthorization.

Bipartisan Senators Chuck Grassley (R-Iowa) and Patrick Leahy (D-Vermont) proposed the EB-5 Reform and Integrity Act. If enacted, the bill would reauthorize the EB-5 regional center program through Sept. 30, 2026, and offers integrity provisions to prevent fraud and advance and reform foreign capital investment and U.S. job creation. The bill includes a provision that would require I-526 petitions to be processed within 240 days.

Should the regional center program fail to be reauthorized, then experts say the U.S. economy will take a major blow to economic development and job creation. Chothani believes two things could happen; the EB-5 Program could temporarily lapse until it is reinstated or reauthorized. She also thinks there is a chance, though unlikely, that the EB-5 Program could permanently end.

“If the EB-5 Program is not reauthorized at all, no visas will be available for any investors waiting in the EB-5 queue.  If you examine the visa bulletin that is published by the Department of State each month, the columns for EB-5 visas would be marked with a ‘U,’ which indicates that visas are unavailable,” says Chothani.

WHAT HAPPENS WITH EB5 INVESTORS WHO HAVE ALREADY INVESTED IF THE PROGRAM SUNSETS?

There’s some concern by industry experts that previous regional center investors who currently do not have conditional permanent residence may lose the chance for EB-5 visas, despite money invested.

“If the regional center program is not renewed, then any investors who has not received conditional residence status will be out of luck as there will be no program to join. If the date is missed, I would wait a short time, about three months, and keep my hopes up as an investor until then,” says David Hirson, managing partner at David Hirson & Partners, LLP.

Hirson says historically there have been lapses in the program while Congress tends to the renewal. Investors may also be concerned whether they will have their investments refunded.

“As far as obtaining return of investment this will be governed specifically by the subscription agreement read with the business plan and operating agreement or limited partnership agreement. It would also depend on whether the money is held in escrow or not. If in escrow and there is no extended regional center program, the money should be released without delay,” says Hirson.

WHAT WOULD HAPPEN WITH EB-5 PROJECTS UNDER CONSTRUCTION?

Any EB-5 projects under construction could also be affected. Hirson says if the regional center program is not renewed, then projects under construction “will only be affected to the extent that they would either have to replace the EB-5 funding or hold the EB-5 investors to the investment in accordance with the agreements between them. The project could be jeopardized if it is unable to continue or complete the financing of its proposed capital stack.”

If the EB-5 program expires and a new bill revitalizes the program a couple of months later, investors may wonder what will happen next. Hirson says based on the historic event and provided USCIS holds onto all the paperwork, the cases will be continued to be adjudicated without any issue.

“However if USCIS decides to return all pending documents once the program has expired, then a refiling will have to be done and it is probable that any investments at a lower amount would have to be brought up to the amounts set forth in the November 2019 regulations. That is, the investments will have to be increased from $500,000 to $900,000 or from $1 million to $1.8 million,” says Hirson.

Hirson says it is also not clear, but unlikely, the initial priority date will be retained. He says for any cases where the investor has already been granted conditional residence in the U.S., the investment and project will remain unaffected and will continue as if the regional center is ongoing.

“Completion of the project sufficient to create the required number of jobs will permit removal of the conditional status, provided all other requirements for the application are met,” Hirson says.

SHOULD POTENTIAL EB-5 INVESTORS FILE BEFORE THE JUNE 30 DEADLINE?

Meanwhile, new investors may wonder if they should rush to get their EB-5 petitions filed before June 30, 2021. Chothani says there are two ways to look at this scenario. She says investors should file their EB-5 petitions before June 30, 2021 “because even if the EB-5 Program is not reauthorized the U.S. government might announce that all investors with pending applications will be processed and qualifying investors will be given visas.  But there is no certainty of this.”

“But, even in this case, if a bill like the EB-5 Reform and Integrity bill is passed, the EB-5 Program is likely to be extended for only five years,” says Chothani. “This may not protect investors from India, for example, who may be subject to visa retrogression of 5 to 7 years as per current estimates.”