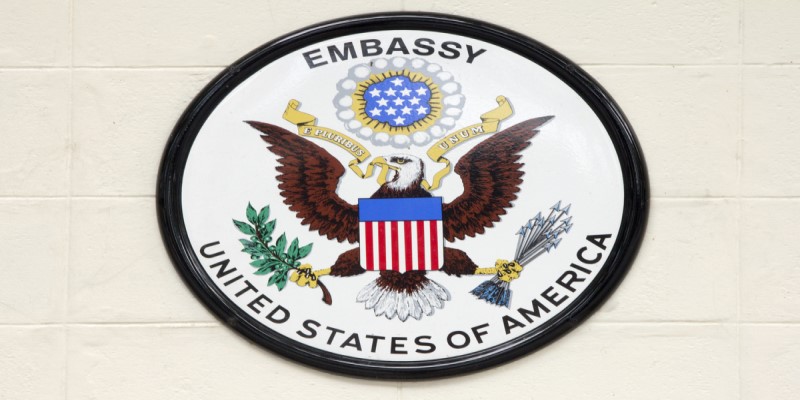 The U.S. Department of State recently changed the status of immigrant visa processing at U.S. Embassies and Consulates worldwide. The update is a reminder to immigrant visa applicants that consular interview appointments are being scheduled via a four-tiered system that is based on a system of priority. The EB-5 visa is in the lowest and fourth tier.

“Unfortunately, EB-5 applicants can’t catch a break,” says Farah S. Abbas, principal attorney at Abbas Law Firm. “This tier-based system, coupled with the expiration of the EB-5 Regional Center program on June 30, means that the State Department has only done a few EB-5 interviews lately. And those have been for direct EB-5 cases only.”

How embassies and consulates will process EB-5 petitions

The DHS noted that Consular posts and Embassies will work to schedule some appointments within all four priority tiers each month to reduce the heavy backlog due to the COVID-19 pandemic and subsequent shutdowns.

Kate Kalmykov, shareholder, Greenberg Traurig, LLP says the recent guidance by the DOS is consistent with what they have been seeing and experiencing and in client case adjudications.

“The extended worldwide closure of overseas Embassies and Consulates during the pandemic has created a significant backlog in all immigrant and non-immigrant visa cases including those pending and submitted for scheduling and visa issuance prior to Embassy and Consulate closure,” says Kalmykov.

She says likewise, all employment-based immigrant and non-immigrant visa holders who have or are in the process of submitting new applications after resumption of business operations should expect significant delays in visa issuance.

“This news is very troublesome and unfortunate for our industry,” says Marko Issever, founder and CEO, America EB5 Visa LLC. “We have numerous clients who are waiting for consular interviews. Others are waiting well over 30 months with no response from USCIS on their I-526 petition. These investors have made a significant financial commitment to enable them to immigrate to the United States.”

The EB-5 visas are in the fourth and lowest tier

Under the tier system, the DOS has prioritized family reunification per direction from Congress regarding a policy of prioritizing immediate relative visa applicants and K-1 fiancées of U.S. citizens, followed by family preference immigrant visa applicants. Employment-based visas, including EB-5, are in the lowest and fourth tier, showing the least priority by the government.

“There are currently thousands of principal investors, as well as derivative beneficiaries with applications pending or held in abeyance at overseas Consular posts,” says Kalmykov.

The backlog has increased to 491,405 as of September 2021, per the National Visa Center Immigrant Visa Backlog Report. The COVID-19 pandemic has impacted the DOS’s ability to process immigrant visa applications and “U.S. embassies and consulates are working to resume routine visa services on a location-by-location basis as expeditiously as possible in a safe manner,” per the DOS.

EB-5 investors are faced with a processing backlog

The recent collapse of the Regional Center Program has only added to the growing backlog.

“The federal government has left Regional Center applicants in the dark. For them, whether in process and awaiting immigrant visa interview, or families contemplating applying, there are no clear answers about when their cases can progress,” says Abbas.

Kalmykov says it is now being discussed that the Regional Center program “may only be extended by Congress sometime in December though that time frame may also be fluid, adding more delays for those applying for permanent residence through the EB-5 process.”

The DOS called petitioners and applicants in the immigrant visa process “more than just numbers.” The DOS acknowledged the stress and hardships that have occurred due to reduced operating capacity because of the pandemic and the necessary measures taken at Embassies and Consulates to protect health and safety and adhere to local requirements. The DOS said they are “committed to resolving the immigrant visa backlog and transparently sharing the current status of our worldwide visa operations.”