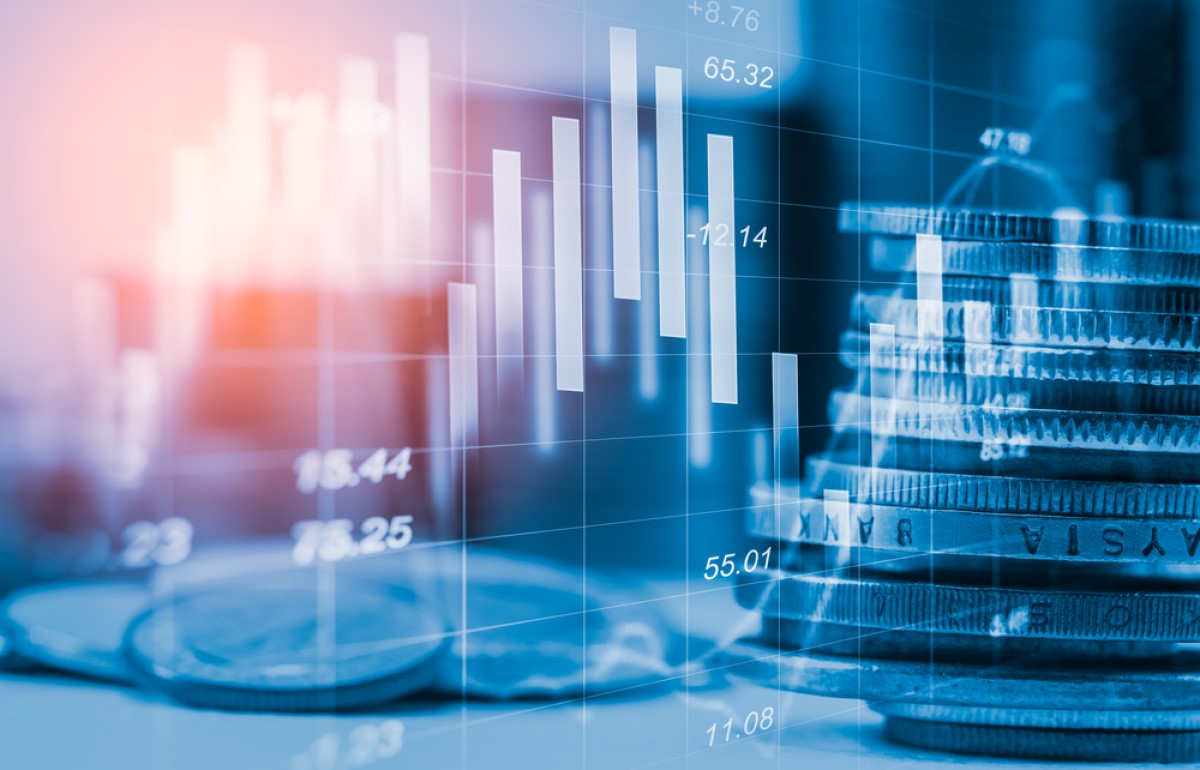 While there are many objectionable policies to come out of USCIS over the past 6 years, one of the most disingenuous policy for the EB-5 community was USCIS’ outlandish claim that the cash proceeds of a loan invested in a new commercial enterprise was not truly cash, and was therefore subject to additional regulatory requirements.

In the most USCIS-fashion that immigration lawyers are keenly familiar with, in 2014 USCIS began issuing denials of certain I-526 petitions based on the claim that cash investments in new commercial enterprises were not actually cash investments, but rather were investments of “indebtedness,” and therefore were required to be (a) collateralized by assets of the investor and (b) such collateral was equal to or greater than the cash investment (i.e. the collateral had a value of $500,000 or more). Likely one of the first publicly available decisions applying this policy was issued by the Administrative Appeals Office (AAO) on May 29, 2014, wherein the AAO upheld the denial of an I-526 petition based on this policy.[1]

While this decision initially escaped widespread notice, the issue bubbled into the open on a February 2015 USCIS stakeholder engagement[2] wherein four separate attorneys, including this author, challenged USCIS’ assertion that an investor who obtains a loan using a third party’s collateral and invests that loan has not met the definition of “capital” under 8 CFR 204.6(e). This stakeholder engagement was followed by the first written announcement of USCIS’ policy on April 22, 2015, which, at that point, only existed through adjudications. This announcement laid out that proceeds of a loan used for EB-5 investments are considered “indebtedness” under 8 CFR 204.6(e).[3] This policy eventually made its way into the USCIS Policy Manual, where it currently resides today.[4]

The AAO case referenced above claimed that because the AAO had previously[5] precluded cash obtained from a loan taken out in the name of the new commercial enterprise on the basis of the definition of “capital” at 8 CFR 204.6(e),[6] that all cash proceeds derived from a loan must be evaluated as indebtedness. This was an extraordinary leap from the facts of the precedent decision Matter of Soffici, where the cash proceeds of the loan obtained by the investor in that case were actually the proceeds of a loan obtained by the new commercial enterprise, not the investor.[7]

Thus, because Matter of Soffici treated the cash investment of a loan obtained by the new commercial enterprise as “indebtedness” and not “cash,” therefore all cash proceeds of a loan invested in an new commercial enterprise, regardless of who actually took out the loan, must be evaluated as “indebtedness.”[8] An investment of “indebtedness” is subject to additional regulatory scrutiny in accordance with 8 CFR 204.6(e), which was further interpreted by the precedent decisions Matter of Izummi and Matter of Hsuing.[9]

THE AAO CONFUSES THE REGULATIONS

The AAO’s decision dated May 29, 2014, and the USCIS policy which flowed from it, was badly flawed. For starters, “indebtedness” is another way of describing an amount of money owed.[10] As Matter of Izummi characterized it, being indebted is the same as owing a promissory note.[11] A promissory note is a promise to pay in the future, not a present investment of cash. Thus, equating an investment of cash in a new commercial enterprise to a promise to pay in the future does not comport.

This plain language review of 8 C.F.R. § 204.6(e) makes clear the error of USCIS.[12] Under the Last Antecedent Rule of statutory and regulatory interpretation, “A limiting clause or phrase ... should ordinarily be read as modifying only the noun or phrase that it immediately follows.”[13] Applying this rule to the text of 8 C.F.R. §204.6(e), the requirement that a capital contribution to a new commercial enterprise be secured is only applicable to contributions of indebtedness (e.g. a promissory note). In other words, in crafting the regulation and addressing which types of capital contributions must be secured in order to constitute an investment of “capital,” the implementing agency referenced only the term indebtedness, and did so twice. In the definition, the clause referencing security immediately follows and references “indebtedness.” It does not follow the noun “cash.”[14]

Treating cash investments as “indebtedness” artificially constrained the sources of investments which were appropriate for EB-5, thereby limiting the amount of investment under the EB-5 visa category. For example, under USCIS’ policy an investor who has proven to USCIS satisfaction that he or she has lawfully earned the monies used to purchase a property, and who now seeks to mortgage that property to obtain cash to invest in the new commercial enterprise, will have his or her I-526 petition denied if he or she owns that property with a third party, because the investor is arguably not “personally and primarily liable” for the mortgage.[15] In a more obvious example, if an individual takes a cash advance from a credit card to purchase a new sofa from the sofa store, the sofa store isn’t accepting as payment indebtedness or a promissory note, they are accepting cash.

This new interpretation also contravened over twenty years of case adjudications and the rationale of the implementing regulation. Legacy INS, the department which was replaced by USCIS, explicitly recognized the difference between cash and indebtedness by noting that congress, when it created the EB-5 visa category, had intended the regulatory definition of “capital” to be broad, and specifically included “debt” as a means to make an investment in a new commercial enterprise in order to not “severely limit the number of investors eligible or willing” to apply for an EB-5 visa.[16]

A U.S. COURT OF APPEALS AGREES

The EB-5 community, which has for years put forth these and other arguments as to why this policy is clearly incorrect, are now joined in that view by the U.S. Court of Appeals for the District of Columbia Circuit. The named plaintiffs in the case Zhang et al v. United States Citizen and Immigration Services et al, Huashan Zhang and Masayuki Hagiwara, had each borrowed $500,000 without collateralizing such funds (in both cases, Zhang and Hagiwara wholly-owned the lender entity who was lending them the cash).[17] In Zhang, which is also a class action, the District Court agreed with the plaintiffs that USCIS’ policy was “plainly erroneous”, vacated the denial decisions and remanded to USCIS for further consideration.[18] Thereafter, USCIS appealed, which led to the ruling issued by the D.C. Court of Appeals on October 27, 2020.

In a decision which did not surprise the immigration bar, the court picked apart USCIS’ arguments with ease. For starters, while “cash” is not defined in the regulations, it takes nothing more than common sense to understand that “cash” encompasses the cash proceeds of a loan. As the court readily noted, if a “…person uses the funds to purchase goods, he buys them with cash. Imagine someone wishes to sell a used car for payment “in cash only.” If a buyer offered the cash proceeds of a loan, the seller would happily oblige, for the payment would be “in cash.””[19]

USCIS’ counter arguments did not (and could not) hold water.[21] USCIS has long claimed that if cash is cash, it would no longer have the ability to enforce the restriction contained in 8 C.F.R. § 204.6(e), that for indebtedness to qualify as capital, it cannot be secured with the assets of the enterprise. This argument does not square with the regulatory text, as the court explained in a footnote, obtaining cash in return for collateral of the new commercial enterprise would violate the definition of “invest” also contained within 8 C.F.R. § 204.6(e).[22] The definition of “invest” was not challenged in this litigation or any of the I-526 petition denials, given that none of the investors had secured their loans with assets of the new commercial enterprise (unlike the facts at issue in Matter of Soffici). Likewise, nothing in this litigation would reduce USCIS’ powers to ensure investments, whether in the form of debt or cash, came from a lawful source.[23]

USCIS further claimed that the regulation at 8 C.F.R. § 204.6(j)(2) supports its arguments.[24] This argument does not square with the plain language of the regulation. As the court easily determined, this regulation deals with the evidentiary rules and not with the definition of “capital.”[25] As immigration practitioners have reminded USCIS many times over the years, 8 C.F.R. § 204.6(j)(2) is, on its own face, non-exclusive.[26]

In sum, none of these arguments were persuasive to the court because the actual text of the regulation does not support USCIS’ reading. Indeed, the history of the regulations discussed above makes clear that “indebtedness” is considered a “promise to pay” or a “debt” owed to the new commercial enterprise, and that “capital” was intended to be interpreted broadly. And while a more thorough discussion of the precedent decisions governing the EB-5 visa category would have been warranted, it was encouraging to see the court flatly reject USCIS’ contentions that it’s interpretation of “capital” has been a consistent view held since 1998.[27] As the court noted in a brief footnote, which indicates a the lack of respect the court had for such arguments, the precedential decisions “support our conclusion that indebtedness under the regulation means a promissory note as opposed to the cash proceeds of a loan.”[28]

In a resounding summation that is a fitting coda to this whole saga, the court stated:

“Text, structure, and regulatory context show that the term “cash,” as used in 8 C.F.R. § 204.6(e), unambiguously includes the proceeds of third-party loans. Because USCIS’s contrary construction is impermissible, we affirm the district court’s decision to set aside the denial of the plaintiffs’ petitions.”[29]

Despite the clear rejection of USCIS’ policy, the USCIS Policy Manual continues[30] to claim that if the proceeds of a loan are invested in a new commercial enterprise, the investor must be personally and primarily liable for the debt and the debt must be secured by assets the investor owns.[31] While the USCIS Policy Manual is binding on adjudicators, USCIS also has a legal obligation to follow the law of a circuit court.[32] In this situation, the court at issue is the U.S. Court of Appeals for the District of Columbia Circuit, which also has geographical jurisdiction over the Immigrant Investor Program Office, because it is located within the District of Columbia. Therefore, the court’s decision rejecting USCIS’ interpretation of 8 C.F.R. § 204.6(e) should be binding and applicable to future I-526 petition adjudications.

Unfortunately, this is not the first instance of USCIS’ refusing to follow applicable law nor the first instance where USCIS ignores controlling precedent. Until such time as USCIS clarifies the USCIS Policy Manual, there will remain a risk that USCIS continues to apply its circuit court rejected interpretation of 8 C.F.R. § 204.6(e) to future I-526 petitions.

[26] Id. (As the Court noted, the regulation states “the petition “may include, but need not be limited to” the five categories of evidence set forth within the regulation).

Dillon R. Colucci is an EB-5 immigration attorney and an associate of the Greenberg Traurig immigration group at their Irvine, Calif., office. Attorney Colucci practices and handles U.S. immigration concerns and helps individuals, families, professionals, skilled workers, investors, and businesses live, work, invest, and do business in the United States. Foreign investors who would like to invest in EB-5 programs and receive legal permanent residency fall under attorney Colucci’s umbrella of immigration law.