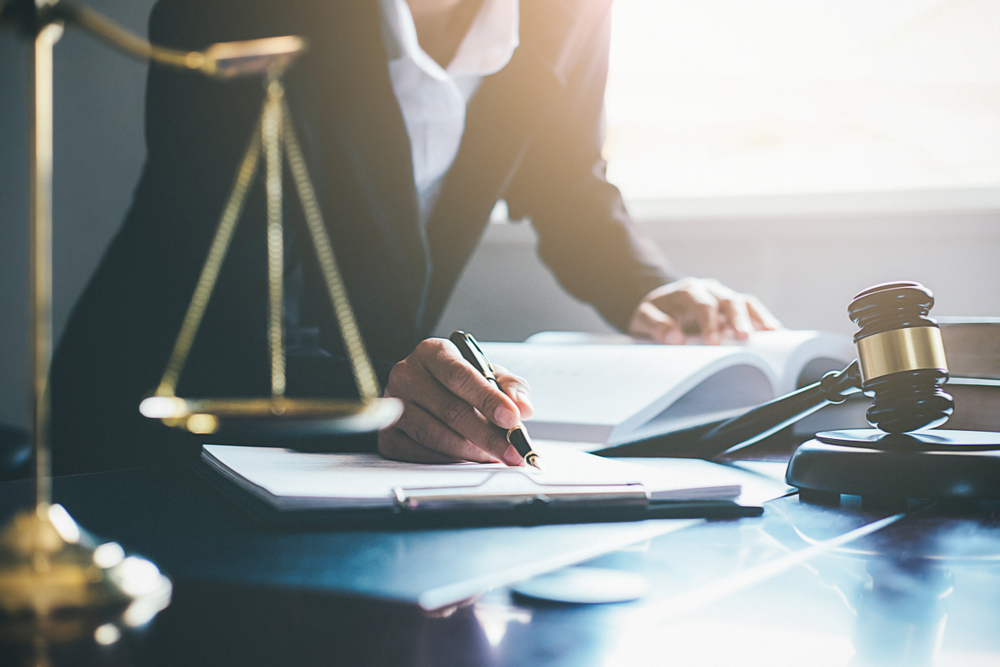 By Joseph Barnett and Bernard Wolfsdorf

Litigation and turning to the courts in the EB-5 immigrant investor arena is increasing as the most viable solution for the many challenges immigrant investors face. USCIS continues to set-up barriers to make it more difficult at every level. Initial I-526 petitions are lingering for years, then the inevitable request for more evidence, regardless of what is submitted, is the new normal. Denials rates have skyrocketed, and the USCIS EB-Immigrant Processing Office is simply not doing its job, unless the job is defined as undermining a program that brings jobs and capital to the U.S.

After the petition is approved, IPO often fails to transfer the file to the National Visa Center for weeks and often months, and even in some cases, for years. Thereafter, even though the applicant provides all the documentation for the next step, all they get is standard emails that say nothing and interviews are not scheduled because of layers of Trump bans. This, together with understaffing, and what appears to have been a very clear policy of making it difficult, or even impossible to immigrate, has caused a surge in litigation. Those filing for adjustment of status in the U.S. see their cases sitting forever; work and travel cards applications take years, and the adjustment seems to sit for years without action. The I-829 removal of conditions is also taking years to adjudicate, making it impossible to even apply for U.S. naturalization, and USCIS will not automatically extend the two-year green card beyond the initial 18 months, making it difficult for immigrants to get proof of status, travel or work.

The USCIS, Department of State, including the NVC processing of EB-5 cases adds to the pain. Abrupt policy changes without following the proper regulatory procedure, are the norm.  As a result, EB-5 stakeholders are getting frustrated and are now more willing than before to challenge USCIS unlawful denials, unreasonable delays, and incorrect interpretations of EB-5 regulations in the courts. The good news is the courts are listening, and in some instances shocked to see what is going on. Sadly, the USCIS’s Administrative Appeals Office, is not an independent tribunal and almost always sides with the officers in their agency. The statistics on AAO victories show overcoming denials is rare, and the IPO invariably sides with its officers, failing to provide meaningful review or guidance.

Another reason EB-5 litigation is more prevalent is that many are bypassing the non-mandatory administrative appeal process which takes too long for a decision and usually just rubber-stamps the decision of the USCIS adjudicator. Notably, in Fiscal Year 2020, the Administrative Appeals Office dismissed 36 appeals while sustaining only 2 and remanding the remaining 6.  In some instances, however, it may be strategically advisable to file a Motion to Reopen – to supplement the record before heading to federal court to challenge USCIS’ adjudication. USCIS is very good at casting aspersions in its contextual decision-making and implying something is wrong even when the transaction is normal in the course of business. There is no doubt some officers pick on certain cases, and 32-page requests for evidence, often asking for evidence which is already in the file, are not uncommon. Use of boilerplate RFE’s is increasing as almost every case endures bureaucratic challenges, and the legal standard of proof, the preponderance of the evidence, is ignored in favor of a “beyond and reasonable doubt” standard that is plainly unlawful in civil proceedings. Those trying to navigate this treacherous path without experienced counsel often find themselves in a deadlocked predicament.

Mandamus litigation is a useful tool for EB-5 investors who are harmed by USCIS’ long case processing and has become more popular.  This includes immigrant investors running out of time in nonimmigrant visa classifications seeking I-526 adjudications, conditional green card holders who cannot fully derive the benefits of their conditional lawful permanent residency seeking I-829 adjudications, and EB-5 Regional Centers and U.S. developers seeking I-924 adjudications to provide more assurance to potential investors.

Victories by plaintiffs facing unreasonably long adjudication delays have come up in the last year for claims under the Administrative Procedures Act (APA) by defeating reflexive motions to dismiss by USCIS seeking to rid itself of cases based on USCIS’ posted processing times and supposed “rule of reason” in processing cases under the Visa Availability Approach introduced in early 2020.

In August 2020, a U.S. District Court judge ruled:  “The fact that USCIS takes equally long or longer to adjudicate other applicants' petitions does not in itself show that such delay is reasonable.” Wurtz v. USCIS et al.[1]  In this case, the Form I-526 at issue was filed in January 2018 and the judge agreed with the general approach that challenges to reasonableness of delay are best considered on an evidentiary record and that finding a period of delay reasonable as a matter of law on the pleadings is improper. In the same month, a separate U.S. District Court judge stated that courts “have concluded that a reasonable time for agency action is typically counted in weeks or months, not years” and ruled that “it is plausible that USCIS’s delays here—of approximately two years in length, per plaintiff—are unreasonable.”  Raju et al. v. Cuccinelli.  In February 2021, yet another U.S. District Judge rejected USCIS’ attempt “to adopt a bright-line rule for what constitutes an unreasonable delay in the APA context” and denied USCIS’ motion to dismiss due to “the numerous disputed factual issues” “that can only be resolved on an evidentiary record.”  Gutta v. Renaud.[2]

Until USCIS gets its act together and starts adjudicating at the rate it was in 2017 and 2018, we will likely continue to see more mandamus litigation.

Another possibility for litigation occurs when USCIS makes an improper decision based on the plain reading of Immigration and Nationality Act or applicable regulations.   In Zhang v. USCIS et al.[3], two EB-5 investors challenged USCIS’ interpretation of the terms “cash” and “indebtedness” that resulted in denied Form I-526s based on an abrupt policy change announced during an EB-5 stakeholder meeting in 2015, and won after years of courtroom battles. The issue at hand in this case was whether loan proceeds count as “cash,” which automatically qualifies as capital, or as “indebtedness,” which qualifies as capital only if it is secured by the foreign investor’s assets.  Both the U.S. District Court of the District of Columbia and the D.C. Court of Appeals determined that USCIS’ interpretation was arbitrary and capricious violating APA.  The appellate court ruled:  “Cash is fungible, and it passes from buyer to seller without imposing on the seller any of the buyer’s obligations to his own creditors. The buyer’s source of cash — whether paycheck, gift, or loan — makes no legal or practical difference.”  Further, the district court determined that, by requiring investors to personally collateralize loan proceeds invested as cash, USCIS added an additional requirement to the regulatory definition of "capital" not found within the original regulation, and was thus a legislative, not interpretative, rule requiring formal notice and comment rulemaking.

Another EB-5 litigation success story occurred at the D.C. Court of Appeals in Mirror Lake Village, LLC et al. v. Wolf[4], which challenged USCIS’ interpretation of the term “at risk” found in 8 C.F.R. § 204.6(j)(2).  The appellate court found that language in the new commercial enterprise’s Operating Agreement – which allowed repayment only if the company had enough money to continue operations and pay the purchase price of investors whose conditions on residency were removed – still provided “a risk of loss and a chance for gain” since repayment was contingent on “sufficient available cash flow.” For those frustrated by USCIS’ adjudication policy, it is rather enjoyable reading this decision, as the court disparaged the government’s explanations for denial and its misjudged dependence on cherry-picked sentences in Matter of Izummi.

These decisions demonstrate that EB-5 investors and Regional Centers should not be discouraged by denials by USCIS that are incorrect as a matter of law and to use litigation to hold USCIS’ feet to the fire and make them explain their reasoning or explanation to a federal judge.  These cases show the plain language of the INA and applicable regulations take precedence over USCIS’ policy considerations and ambitious adjudicators unlawfully denying EB-5 petitions.

Additionally, it is important to note that these circuit court decisions carry more weight, in particular as it relates to the AAO, who has ruled that it is not bound to follow published decisions of U.S. district courts in matters within the same jurisdiction, but should for case law of a circuit court (except in unusual circumstances).

Finally, EB-5 stakeholders are litigating against USCIS when it creates new rules or policy without following the correct procedures set forth in the Administrative Procedures Act.  In Civitas Massachusetts Regional Center LLC et al. v. Alejandro Mayorkas et al., eight Regional Centers challenged USCIS’ July 24, 2020 policy relating to redeployment, which limited redeployment options to within the geographic area of the same regional center, including any amendments to the regional center’s geographic area approved before the further deployment.[5]

The plaintiffs argue that the implementation of this policy was a legislative rule and that USCIS did not comply with the notice and comment rulemaking pursuant to the APA, that it is impermissibly retroactive and violates due process, and that, as a reversal on established policy, it was arbitrary and capricious.  Additionally, plaintiffs argue the 2020 redeployment policy violates the APA and the Federal Vacancies Reform Act because the acting officials of USCIS, Kenneth Cuccinelli and of DHS, Chad Wolf, were not lawfully appointed and thus lacked the statutory authority to establish policies or rules at USCIS.

This last argument is similar to that set forth in both Florida EB5 Investments LLC v. Wolf et al.[6] and Behring Regional Center v. Wolf, et al.[7], which challenges that EB-5 Modernization Rule that went into effect on Nov. 21, 2019. The plaintiffs also argue, among other claims, that the regulations were arbitrary and capricious because DHS failed to properly consider the economic impact the Rule would have on the EB-5 Program and on small businesses and the U.S. economy.  While the judge denied the former’s request for a preliminary injunction, other federal courts have indicated that Wolf was not serving lawfully and therefore did not have authority to change other immigration benefits, like the attempt to restrict Deferred Action for Childhood Arrivals (DACA).[8]

Each of these cases remain under review and will be carefully watched by EB-5 stakeholders. They demonstrate that USCIS must follow the rules set forth by Congress when creating new rules that impact the EB-5 community.  While Congress is focused on integrity measures and the EB-5 industry uneasy about the upcoming reauthorization of the regional center program, these litigation efforts illustrate another level of concern – a runaway government agency unlawfully restricting access and eligibility to EB-5 benefits.

DHS has the new director who understands the program but may be so overwhelmed with challenges at every level that the courts are the only option to get justice in the EB-5 arena. The courts have generally been overwhelmingly supportive and almost all cases are resolved expeditiously. It would, however, be nice to be able to get fair and legal processing without having to litigate. Sadly, we not there and are not yet seeing signs of improvement.