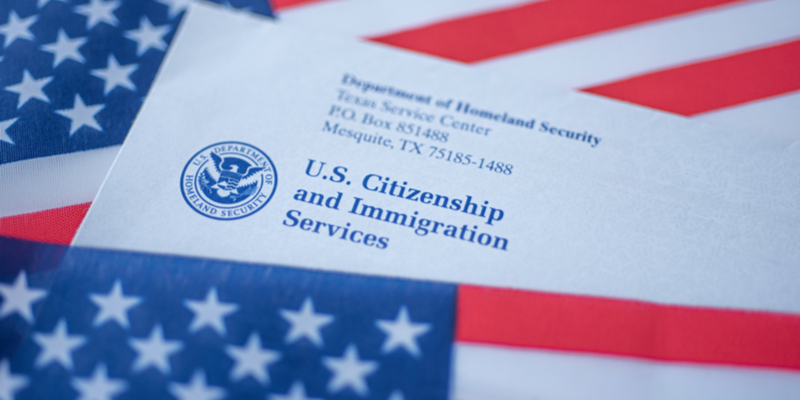 A recently filed federal lawsuit is claiming that an “arbitrary and capricious” change the U.S. Citizenship and Immigration Services made in 2020 will jeopardize the futures of thousands of EB-5 investors and the billions in capital they have poured into job-creating, U.S.-based development projects.

The complaint, filed March 2 in the U.S. District Court - District of Massachusetts, attributes the nightmare scenario to a not-so-insignificant adjustment in the EB-5 rule book: that redeployed capital must remain within the geographic territory of its original regional center. The rule, which USCIS decreed in July 2020, affects both current and future EB-5 applications.

“By requiring a redeployment to be within the territory of the regional center and applying this policy retroactively, Defendants have not only raised the financial risks for investors, but have arbitrarily, and dramatically, raised the immigration risks of this program for investors,” the case alleges.

The complaint adds that the government has “changed the rules in the middle of the game to make it much more likely that investors will fail to make it to the finish line and reap the immigration benefits which motivated them to invest in the first place — notwithstanding the fact that they have met all program requirements and fulfilled the purposes of the program.”

The complaint alleges that the July 2020 change could affect an estimated $14.8 billion of EB-5 capital and the EB-5 eligibility of more than 50,000 investors. It seeks to make the July 2020 order unlawful, to restrict it from applying retroactively or to pending applications, and to grant other unspecified relief that the court deems appropriate.

Prior practice since around 2014, according to the complaint, did not require the redeployed capital to stay within the regional centers’ territory. Rather, the money was routinely reinvested into other projects yet remained technically “at-risk” — a USCIS requirement since EB-5’s inception.

The necessity of moving around EB-5 capital stems from an overburdened and delayed U.S. immigration system flooded with a dramatic influx of China-born EB-5 investors in recent years. Those Chinese families, seeking green cards to relocate to the United States for their chance at the American Dream, applied in such high numbers that their home country became ineligible to receive more EB-5 visas under the program’s per-country cap system.

In effect, this caused untold amounts of money that had flooded into U.S. projects to need a new place to go after those original projects were finished. This scenario became known as “redeployment,” and was not originally anticipated in the original EB-5 statutes from 1990.

While the lawsuit — filed by Philadelphia-based attorney H. Ronald Klasko and Jesse Bless, director of litigation for the American Immigration Lawyers Assn. — notes that USCIS’ July 2020 change negatively affects a bulk of the EB-5 investor base, their case names as plaintiffs eight regional centers and 22 new commercial enterprises (NCEs) who represent 188 immigrant investors and their families.

According to the complaint, those investors have collectively put in approximately $952 million into a wide swath of projects throughout the United States, including multifamily housing complexes, hotels and offices in Dallas, Denver and Las Vegas.

Bless declined comment with EB5 Investors magazine. Klasko could not be reached in time for publication.

Bless’ and Klasko’s case argues that the redeployment question — if investors’ original funds could be redeployed outside the territory of the original regional center — has been repeatedly raised since 2014, particularly as the realities of EB-5 taking longer than the originally anticipated five years began to surface.

The case also pounds at the government’s position by stating it did not give stakeholders a proper chance to provide input on the July 2020 policy change. They even allege its creation under Kenneth Cuccinelli, then the acting director of USCIS under the Trump administration, could have no legal effect because he was not lawfully appointed to the position.

Cuccinelli’s rise in 2019 raised the concern of lawmakers at the time, who noted they were supposed to appoint him. A federal judge and the Government Accountability Office agreed with their suspicions in 2020, though Cuccinelli continued in the position until leaving office at the end of President Trump’s term in January.

For its part, USCIS called the July 2020 change “minimal.”

The complaint vehemently disagreed with the downplaying, saying it would lead to denials or revocations of hundreds or even thousands of EB-5-related petitions.

The families behind all that paperwork, the complaint contends, “have invested, in good faith, for the purpose of obtaining a green card … [denial] leads to the loss of a green card and possible deportation for an investor and his or her family members, which is clearly not a minimal impact.”