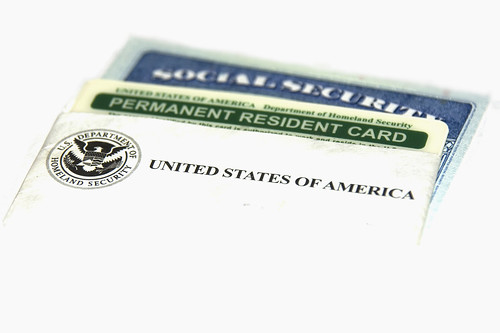 The EB-5 application for fifth employment-based preference immigrant visa category (“EB-5 visa”) was enacted by Congress in 1990. The purpose of EB-5 visa category is to allow foreign investors to immigrate to the United States by engaging in a for-profit enterprise that will create or otherwise preserve at least ten full-time jobs and benefit the US economy. Generally, a foreign investor must be able to demonstrate in the EB-5 application that his or her enterprise will render some benefit to the US economy through the conduct of its business. For example, if a business renders services to customers abroad and returns no specific benefit to the US economy, except employing at least ten full-time workers, it is unlikely the "benefit to the US economy" requirement is met for a foreign investor to qualify for EB-5 visa. In contrast, if a business renders services or provides goods to the US market, this will satisfy the above requirement.

Under the EB-5 program, the minimum required investment amount is presently $1 million for direct EB-5 investments or investments made outside the so-called targeted employment areas (“TEA”). The minimum required investment amount is reduced to $900,000 if the investment is made in a designated TEA. In exchange for making the minimum required investment into a for-profit enterprise in the United States and creating or preserving at least ten full-time jobs, foreign investors enjoy the benefit of obtaining a permanent green card for themselves and their immediate family members (spouses and unmarried children under age 21 at the time of filing of I-526 petition). To that end, the EB-5 visa provides a direct path to a permanent lawful resident status in the United States for qualified foreign investors and their immediate family members in contrast to many other employment-based visas that may require certain multiple complex steps to achieve a permanent resident status in the United States.

Qualified investment must be made either into a new for-profit enterprise formed after November 29, 1990 or into a restructured or expanded for-profit enterprise, if it is formed before such date. Nonprofit activities, or passive investments, do not generally qualify for obtaining a permanent resident status under the EB-5 visa program. Foreign investors may also choose to invest funds in a troubled business which has incurred a net loss of at least twenty percent (20%) of the business' net worth before loss. In such a case, foreign investors have the incentive of preserving the existing ten full-time jobs in lieu of being responsible for direct creation of such number of jobs.

Additionally, foreign investors may take advantage of investing a reduced investment amount of $900,000 if they choose to invest through a USCIS-approved Regional Center into a project located in a designated TEA in the United States. Regional Centers are public or private entities involved in promoting specific commercial projects that allow for economic growth and job creation in distressed areas. Projects located in TEAs are either located in designated “rural areas” or “high unemployment areas.” Projects may also be located outside of a TEA. In such cases, the minimum required investment amount is still $1.8 million even if it is made into a project within a USCIS-approved Regional Center.

There exist a number of benefits to consider when investing into a project within a USCIS-approved Regional Center. Some of these benefits include: the ability to pool investment funds with the funds of other foreign and domestic investors, thus overall achieving greater financial stability for a specific project; the ability to receive credit for creation of both direct and indirect jobs (that is only possible within a Regional Center setting); and the ability to take advantage of a reduced investment amount of $900,000 if a project is located within a designated TEA.

Within 90 days of the two-year anniversary of the initial grant of permanent resident status, the principal investor must submit the I-829 petition to USCIS to remove the conditions on his or her conditional green card and obtain indefinite permanent resident status in the United States. The main purpose of this petition is to show to USCIS that the required investment has been made and benefited the US economy during the investor’s two-year conditional resident period and that the minimum ten full-time jobs have been created or otherwise preserved.

Upon approval of the investor’s I-829 petition, the principal investor, including his or her immediate family members, receives indefinite permanent resident status in the United States. Within 90 days of the five-year anniversary of the initial grant of permanent resident status, the principal investor and his immediate family members may apply for and obtain US citizenship.