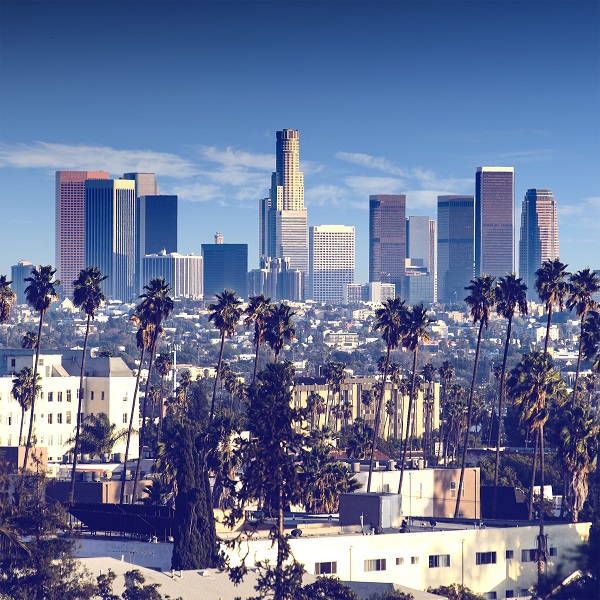 Permanent residency has always been the holy grail for virtually all EB-5 investors. Yet, after the conditions upon residency are removed, some seek the ultimate prize: naturalization as a U.S. citizen. What are the requirements for naturalization and how can applicants prepare themselves for the process of obtaining citizenship? Even though there are general guidelines for this process, much depends on individual circumstances and residence history.  Applicants would be wise to at least consult with an attorney prior to applying, if not engaging counsel for the entire process.

REQUIREMENT 1: PHYSICAL AND CONTINUOUS PRESENCE WITHIN THE CORRECT TIMEFRAME

Lawful permanent residency (a.k.a having a green card) is a prerequisite for obtaining U.S. citizenship through naturalization.[1] The general rule is that one needs to hold permanent residency for five years in order to obtain citizenship. However, there is an exception for individuals married to and residing with U.S. citizens themselves. Such individuals need only be residents for three years.[2] It does not matter what was the basis of the LPR status. If an EB-5 investor obtains an immigrant visa and falls in love with an American upon landing in U.S., that marriage could form a shorter timeline to qualify for citizenship. The investor would become eligible three years after the wedding bells ring, even if that date is less than five years after immigrating as a conditional permanent resident.

Meeting the physical presence requirement is simply a matter of mathematics. The citizenship applicant must have been physically present for at least one half of the time within the qualifying window. Accordingly, for applicants subject to a five-year window, that would be approximately[3] 914 days or more, those subject to a three-year window would be approximately 548 days or more.  Regardless, the applicant must also have resided for at least 3 months in the state from where he or she is filing.[4]

Separate from the requirement of physical presence is that the applicant must be continuously present – a more subjective analysis as to whether or not the applicant has disrupted continuity in the U.S. The immigration laws provide that an absence of 6 months to less than a year raises a presumption that residency has been interrupted.[5] Depending on the circumstances this may be able to be overcome through evidence of ongoing ties to the U.S. Absence beyond a year disrupts residence as a matter of law.[6]

Certain exceptions, such as military service abroad, may apply to these general rules.

Unlike some countries’ programs, permanent residency in the U.S. does not require language ability nor knowledge of U.S. history or government. For most applicants, citizenship does. Applicants are administered testing during a citizenship interview at a local USCIS office where they must satisfy some basic requirements. These language and civics examinations are not required for applicants of certain ages who have resided in the U.S. for decades or those subject to physical or developmental disabilities that can be offered a waiver.

The English language test for citizenship is not overly complicated.[7] Satisfactorily handling the citizenship interview in English without an interpreter generally satisfies the speaking portion of the examination. During the interview, the applicant must also read one out of three sentences provided. Finally, the applicant must also write out a sentence spoken by the USCIS officer. Allowances are made for any spelling, capitalization, or punctuation errors.

The civics test requires a showing that the applicant understands U.S. government and history. This examination, often dramatized in pop culture, is verbal examination where the applicant must answer six questions correctly (out of a maximum 10).  Questions may involve geography, such as “Name one state that borders Canada”;  history, such as “Name one problem that led to the Civil War”; or government, “What is the name of the speaker of the House of Representatives now?” A comprehensive guide of all potential questions and their answers is available on USCIS’ website.[8]

Applicants who fail either the English literacy or civics tests during their first examination but otherwise would qualify for naturalization are allowed opportunity to reschedule their interviews for a second opportunity without needing to file a new naturalization application.[9]

Naturalization requires evidence of good moral character for the requisite period of filing before the citizenship application. The immigration statues define[10] who does not qualify as having good moral character, which include “habitual drunkards”, illegal gamblers, certain individuals convicted of crimes, and those who have lied in order to obtain immigration benefits.  Entire bodies of case law have interpreted these provisions – a subject far too complicated to discuss in this article. Nevertheless, it is worth noting that judicial and administrative interpretations are subject to change. For example, in April 2019, USCIS clarified[11] that applicants working in the cannabis industry may be found to not have good moral character, even if legalized at the state level or in Washington D.C.  Perhaps the agency will one day evolve on this issue.

If an applicant has a history of any kind of criminal or immigration law violations, or a history of substance abuse or dependency, a consultation with an attorney on those specific issues would be very prudent.

There are miscellaneous other requirements worth mentioning that usually do not pose issues. Applicants must be attached to the principles of the U.S. constitution,[12] be willing to bear arms and/or perform noncombatant service when required by law,[13] and to take the citizenship oath. It is worth noting that certain types of applicants, such as Communist Party members, are barred.[14] Attorney representation would certainly be warranted where the applicant was a communist or served in any political party against general democratic norms.

TIMELINES FOR FILING AND ADJUDICATION

The Application for Naturalization is form N-400.[15] The filing fee is $640 with an $85 biometric fee for applicants under 75, for a total of $725.  Unlike most immigration applications, it can be filed online. Further, it can be filed up to 3 months before the residence requirements are met.[16] Following receipt, most applicants must appear for a biometrics appointment.

Unlike the IPO’s role with EB-5 filings, naturalizations are adjudicated in the local USCIS office holding jurisdiction over the applicant’s residency. USCIS publishes processing times for the initial receipting and interview stages.[17] Following a successful interview and examinations, the applicant is then scheduled to return to USCIS for a naturalization ceremony, or in certain circumstances may take the oath before a judge (such as where the applicant wants to change his or her name). If USCIS does not take action on a naturalization within 120-days after the interview, an applicant has a specific right to seek review in federal court.[18]

HOW TO PREPARE FOR THE NATURALIZATION APPLICATION

Consisting of 20 pages, form N-400 is relatively complicated. When preparing the application, it is important to review all previous immigration filings to ensure consistency. Accordingly, EB-5 investors would be wise to make sure they have copies of any kind of employer petition, the I-526 submission, adjustment / consular documents, and the I-829. Form N-400 requires five years of addresses and employment documentation. It also requires disclosures and an itinerary of all trips of 24 hours or longer taken outside the U.S. during the last five years, so permanent residents would be well-advised to keep track of their travel abroad meticulously. Applicants should of course brush up on their English ability (where applicable) and study the 100 questions that could be asked on the civics exam.

Finally, it is of critical importance to consider issues of dual citizenship as the legal effect of the oath must be considered. The U.S. government will generally only treat the naturalized citizen as being exclusively American. However, naturalization in the U.S. could automatically end the original citizenship as per some countries’ laws. Other countries, including multiple in Europe, require filings to be made before or after the naturalization process in order to preserve citizenship. Consultation with foreign immigration attorneys could prevent a catastrophic mistake if dual citizenship is a must-have.

[3] Depending on the number of leap days during the relevant period.