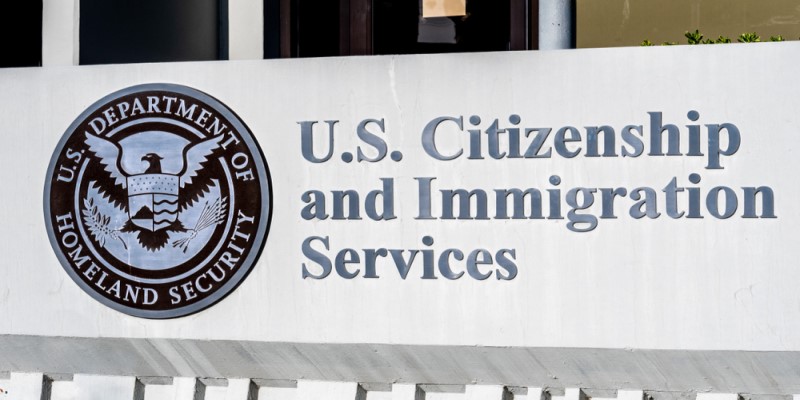 Officials from U.S. Citizenship and Immigration Services announced new policy changes June 9, which can help EB-5 applicants and overall signal a more positive outlook on the future of legal immigration into the United States under a Biden administration.

The recent announcement was to explain updates to the agency’s Policy Manual about the following: additional clarification on the criteria and circumstances for expedited processing; more guidance on requests for evidence (RFEs) and notices of intent to deny (NOIDs); and an increase in the validity period for initial and renewal employment authorization documents (EADs) for some noncitizens who have pending adjustment-of-status applications.

Bernard Wolfsdorf, managing partner of Santa Monica, Calif.-based WF Immigration, said he saw the USCIS announcement as a “dramatic change in attitude that is critically and urgently needed.”

The former American Immigration Lawyers Assn. president applauded the RFE and NOID amendments, as well as the granting of two-year periods for initial and renewal employment authorization documents (EADs) for persons with pending adjustment of status applications.

“These steps represent a giant step forward in the Biden administration’s endeavor to be more immigration-friendly,” Wolfsdorf said.

The new administration has made it a point to improve the immigration system.

“We are taking action to eliminate policies that fail to promote access to the legal immigration system, and [we] will continue to make improvements that help individuals navigate the path to citizenship and that modernize our immigration system,” Secretary of Homeland Security Alejandro N. Mayorkas said in a news release.

“These policy measures are consistent with the Biden-Harris administration’s priorities to eliminate unnecessary barriers to our nation’s legal immigration system and reduce burdens on noncitizens who may be eligible for immigration benefits,” added Acting USCIS Director Tracy Renaud in a prepared statement. “USCIS is committed to promoting policies and procedures that ensure we operate in a fair, efficient and humane manner that reflects America’s heritage as a land of opportunity for those who seek it.”

Some immigration attorneys who specialize in EB-5 said that the USCIS updates could provide help for EB-5 applicants.

One way is through expedited processing of petitions, which is done on a case-by-case basis.

The request for expedited processing of the EB-5 I-526 petition for EB-5 investors’ own project is essential, said Edward Beshara, managing partner of Beshara Global Migration Law Firm.

“It is essential for the EB-5 business to immediately start operations, be financially successful, and start the EB-5 required employment creation of U.S. workers, in order to avoid severe financial loss to the newly formed U.S. company,” he said. “That is, once the I-526 petition is approved, the EB-5 investor should also be able to request expediting their applications for CPR within the U.S.”

He added that currently, EB-5 I-526 petitions are being processed from 2 to 5 years. Mandamus actions are filed after 24 months of processing by USCIS, in order to request USCIS response within 60 days.

“For the EB-5 investor investing in their own U.S. business to manage and operate, this processing time is too long and unrealistic. These EB-5 investors need the USCIS to adjudicate their I-526 petitions immediately (a few months) so that they can then file their Applications for Conditional Permanent Residency (CPR) in order to have legal status to be involved in employment management of their own business,” Beshara said.

Charles Foster, chairman of Houston-based Foster LLP, noted that any expedited processing remains limited, but “nevertheless in certain cases where it can be established there is severe financial loss to a company or urgent humanitarian reasons, an expedite may be possible. Similarly, when there has been an erroneous request for evidence or denials, a decision can be expedited where you can show clear USCIS error.”

Over the past few years, USCIS officers have been applying a higher standard test to adjudicate petitions, Beshara said.

“As a result, the percentage of RFEs and NOIDs increased substantially,” he said. “The new policy is that the officers should not issue RFEs and NOIDs especially where officers determine evidence already submitted establishes eligibility.”

In regard to EB-5, I-526 RFEs have in the past been issued unreasonably, Beshara added.

“However, as an example, the USCIS officers were issuing RFEs after 24 months of I-526 processing requesting information and documentation as to the existing required employment creation. This unnecessary and unfounded RFEs cause time delays in regard to the adjudication of the I-526 petitions.”

“The current processing time for either an initial or renewal of the EAD (filed with Applications for Residency in the U.S.) is unreasonably long e.g., 12 months,” he said. “Therefore, the new policy extending the EAD from 1 to 2 years is a substantial relief.”

Beshara pointed out that it is imperative that all applicants for residency maintain their legal status, which is maintaining the employment authorization whether it is under F-1 student status or as a spouse of a principal non-immigrant or whether applying for permanent residency.

‘Hard to be excited’

Despite positive immigration policy updates, many EB-5 attorneys are also hoping for a quick decision about the upcoming EB-5 visa program reauthorization.

Salvatore J. Picataggio, an attorney with Colombo & Hurd, PL, based in Orlando and Tampa, Fla., said he wished the USCIS changes offered “something to benefit EB-5 more directly. I know I am not alone in seeing a continued slowdown in that area.”

Picataggio pointed to petition processing times still taking years instead of months, “with no additional benefits in the pipeline and a rapidly approaching sunset date again” of June 30.

Still, Picataggio added, “It’s hard to be excited about EB-5 right now. I remain hopeful but would like to see things like permanent reauthorization, the long-promised expansion of premium processing, and the adoption of concurrent AOS filing for EB-5 applicants, not to mention fixes for visa availability.”