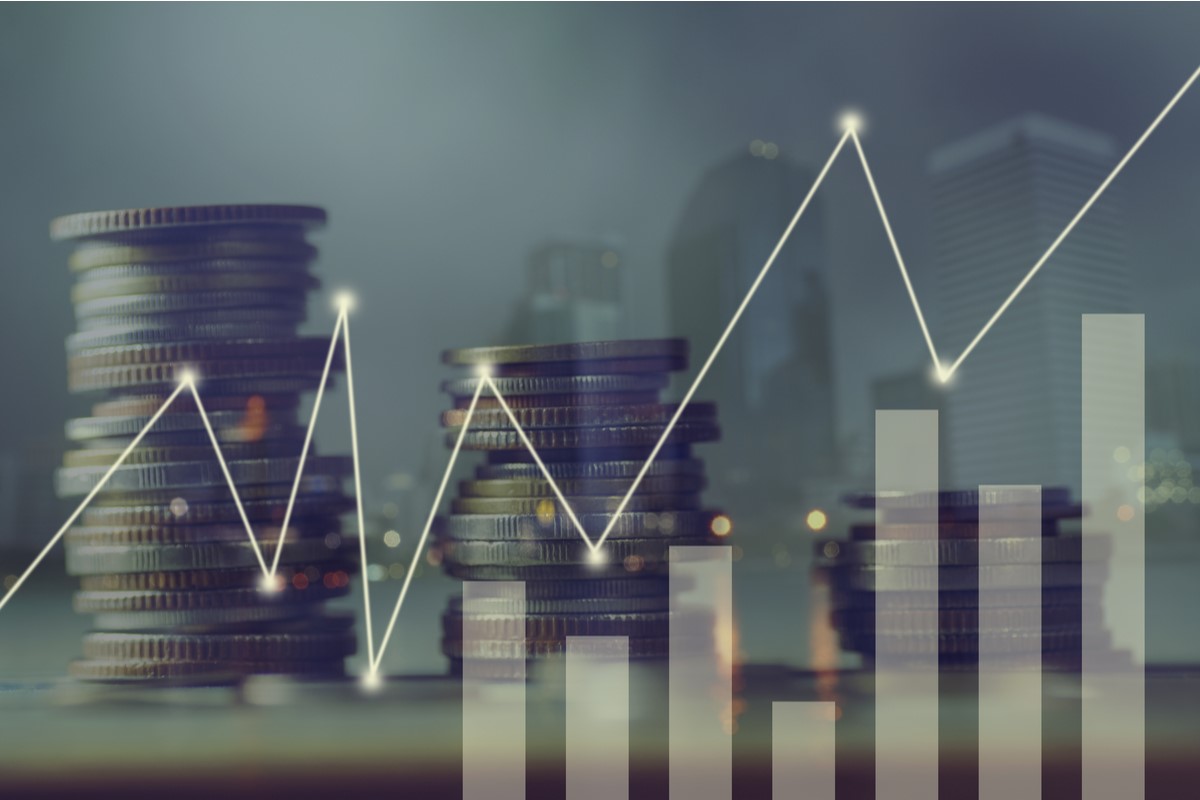 by Rohit Kapuria and Phil Cohen

For many who are new to EB-5, gaining a firm understanding of the projected cost of capital is often one of the biggest hurdles in deciding whether or not to pursue EB-5 financing. While there are a large number of EB-5 conferences, this particular topic is rarely discussed holistically by the EB-5 experts and educators. Part of the problem is that not all the experts have a full view of the EB-5 field. This is further coupled with the fact that many service providers often find it difficult to get a complete financial picture for any given situation without getting deeper into consulting arrangements.

Oftentimes, project developers, who may be best described as EB-5 borrowers, that are considering EB-5 are often preoccupied with the associated upfront costs of this form of capital. Such preoccupation could be to the developer’s detriment since it could mean the developer passes on or completely misses out on some, possibly more expensive, options that could take the project to the front of the marketing field and ensure effective adherence to EB-5 regulations.

Some examples of significant benefits that could result from spending the necessary time and energy on strategically planning and setting up an EB-5 project properly include: a high-quality legal team that will help to avoid program pitfalls and minimize the risk of an RFE (Request for Evidence) being issued; a better-than-average business plan that will make marketing easier since it would provide better details to investors and agents; and working with a reputable financial administrator who can help ensure proper compliance of EB-5 policies and related regulations, and avoid the potential legal issues that could otherwise result.

When considering the cost of EB-5 capital, project developers should always attempt to evaluate the pros and cons of various options as comprehensively as possible. The logical inclination to keep upfront costs low may not always result in fruitful dividends. Aside from the project’s viability, USCIS approval is only half the battle; the other half involves project marketability. After all, if the project hits the market and flops, the costs expended by the developer up until that point can be lost entirely.

Disclaimer: While the authors seek to, at a high level, provide an idea of the general cost of EB-5 capital, readers should be aware that the costs outlined in this article are based on firsthand experience of the authors as well as direct interviews with attorneys and other market participants. As a result, there are exceptions to almost every line item presented. Some line items could be significantly more or less expensive depending on the team and facts unique to the underlying project. Further, the biggest potential cost is one that is not highlighted in this article, i.e. the opportunity cost of not subscribing to every opportunity to: a) stand-out in what is an increasingly crowded EB-5 investor marketplace; and b) to minimize the likelihood of an RFE from USCIS.

Indeed, when considering the overall cost of capital, it quickly becomes apparent that while the set-up costs are not inconsequential, they can be a relatively small proportion of the total potential cost.

In order to present as complete of a picture as possible, the costs that follow are broken down into two key categories: setup costs and ongoing costs. The high- and low-end examples that follow are common price ranges, if the service in question is used. Given the varying degrees of exceptions it is fair to assume that the cost ranges that follow would be accurate for 60-70 percent of all cases. As disclaimed above, the figures presented in this section are based on the personal experience of the authors, as well as on several discussions with service providers that have several years of EB-5 experience.

There are two different setup scenarios to consider: “direct” EB-5 projects and regional center-based projects. Direct projects are often smaller projects, seeking smaller capital raises; however, they do, on occasion, raise higher amounts of capital, commonly when a “pooled direct”[1] project structure is used. Several line items are accompanied by notes discussing factors that may affect the cost itself or whether it’s applicable.

The ongoing costs of an EB-5 capital raise are presented separately in the following table.

A few additional items should be considered when evaluating the costs presented above.

Right around the time this article was going to press, some proposed changes were made by USCIS with respect to filing fees. While the changes have not yet been approved, it is worth keeping in mind that they are currently proposed as follows:

Marketing costs (i.e. the cost of marketing a project to potential investors and/or their respective migration brokers) can easily be the highest cost in the whole EB-5 process. The costs presented above represent the outside extremes for most projects. By way of example, agents in China, the biggest EB-5 investor market, might command anywhere from just the administration fee on the lower end, up to the administration fee plus 4-5 percent annually of the funds raised on the high end. Commonly, agents that charge fees at the lower end of the range may work with only the most experienced EB-5 project teams, and thus are comfortable with lower fees because there is a trust built-in from years of interaction, or otherwise, may be smaller agents who may not be able to fully subscribe the units in a deal entirely on their own, and so there may be an added cost associated with finding other small agents to complete the subscription process. More recently, some agents are even commanding large one-time fees upfront, in addition to the other compensation outlined above, prior to completing their marketing obligations.

Many potential ways exist to go about marketing a project and the costs can vary considerably, depending on the approach taken. Another trend in the market has arisen in situations where the migration brokers even seek equity stakes in the projects themselves. This may not be welcomed by all project developers but it does, at times, incentivize the migration broker to advocate more strongly on behalf of the project. Additionally, some U.S.-based broker-dealers recommend due diligence reports, which should be evaluated on a case-by-case basis.

That being said, due to the international nature of EB-5 marketing, and separately from the pertinent and very important securities law considerations, it is prudent for newer EB-5 participants to anticipate the possible need for working with experienced migration brokers in relevant EB-5 markets such as China. This does not necessarily mean, however, that the developer would necessarily be paying the highest cost range provided in the tables above.

In order to be able to compare the cost of EB-5 capital with other forms of financing, it is helpful to consider them as a whole on an annualized basis. The following annualized views are presented for regional center-based project scenarios only:

For the purposes of the examples below, the following assumptions have been made:

The following is an annualized view of the cost of EB-5 capital based on a low-cost case scenario:

The following is an annualized view of the cost of EB-5 capital based on a high-cost case scenario:

On an annualized basis, this “high-case” scenario shows a total yearly cost of EB-5 capital of 9.67 percent, or $966,646 for five years, on a $10 million EB-5 raise. It is worth noting, however, that on a $10 million EB-5 raise, it would be very unlikely that the cost of capital would be this high and this is only a representation of an outside extreme possibility. Further explanation of the likely costs of capital follows.

Things to Bear in Mind When Considering Cost of Capital

Readers should remember that the above-presented scenarios are meant to represent the extremes of common price ranges. The reality for most is that the cost of capital will come in somewhere closer to the average of these two cost structures. Newer participants should anticipate paying more for the benefit of additional expertise as they learn the business (4-7 percent).

Efficiencies Based on Time and Experience

If one undertakes multiple EB-5 projects, many costs can be reduced over time as internal teams, strategies and industry knowledge becomes more refined. Marketing in particular can become easier and more cost-effective as internal processes, marketing effectiveness and marketing networks become more established. More seasoned operators can hope to get to a point where their cost of capital is considerably lower (2.5-4 percent), depending largely on marketing efficiencies, internal infrastructure and the total amount of funds being raised.

The Benefits of Investing in a Strong Foundation

The setup process is the laboratory of any winning EB-5 project. The additional cost of working with a top-notch team at this stage is relatively small as a proportion of the overall costs. The difference in set-up costs between the low-end scenario and a high-end scenario presented above is a relatively negligible 0.47 percent on an annualized basis and often offers both tangible and intangible ROI (return on investment), most notably at the marketing stage.

Investors and agents both may have additional confidence in a particular project if it was put together by a well-respected team of attorneys and economists. Additionally, a well-written, in-depth business plan developed by recognized providers and supported by an independent feasibility study takes much of the guesswork out of the process for investors when evaluating a project. Finally, a well-respected third-party financial administrator, like NES Financial, provides confidence that the investor’s funds will be properly managed and that required reporting will be seamless.

Using the EB-5 program can be a beneficial way to raise capital. Even the high-end cost scenario presented in this article makes economic sense for some projects. Ultimately, however, developing a strong advisory team and a good understanding of the market makes for the best and most cost-effective EB-5 opportunity, one that will improve with experience.

Rohit Kapuria is an associate at Arnstein & Lehr LLP's Chicago office, and a member of the firm’s EB-5 practice. He currently represents developers and foreign investors under the EB-5 program. Prior to entering the legal field, Rohit worked as an economist for a non-profit organization.

Phil Cohen is the president of Strategic Element Inc., a company that focuses on developing EB-5 business plans, economic impact reports and feasibility studies. Active in the EB-5 industry since 2010, Strategic Element has participated in projects that have raised over $3 billion in EB-5 capital. Cohen is also the lead author of “The EB-5 Definitive Guide” and regularly speaks at industry events.