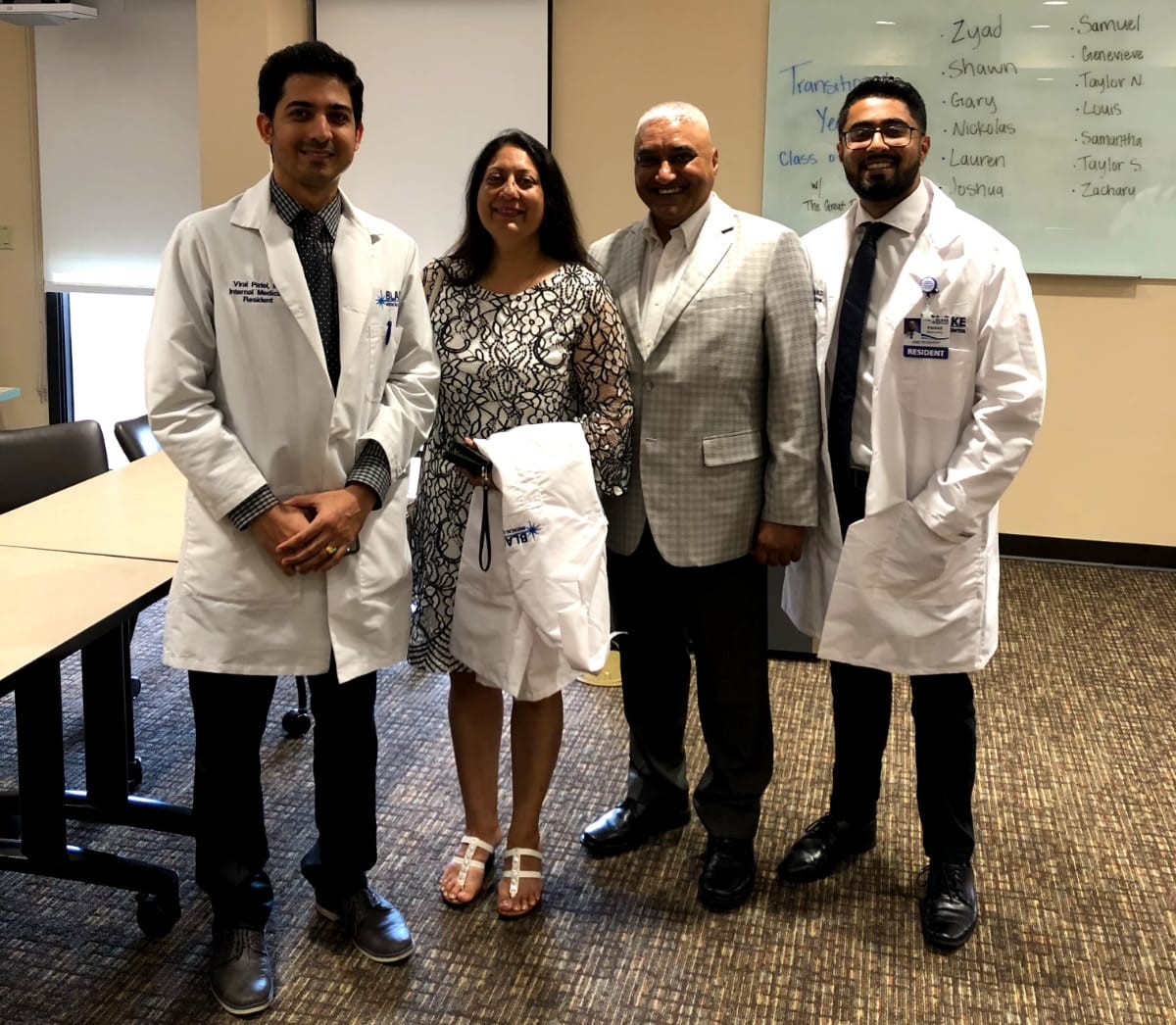 Pradeep Bajaj, an Indian-Canadian mortgage banker, decided to embark on an EB-5 journey to help support his son’s medical career.

Why did you want to immigrate to the United States?

I have lived in Canada with my family for most of my life. I worked there as an attorney and mortgage banker for 32 years. But then my son decided to attend medical school in Dublin, at the Royal College of Surgeons in Ireland, for a six-year program. When he was in his third year, he asked me if there is any possibility of him getting a green card. I asked him why, and his answer was that it was going to immensely assist him in pursuing a medical residency at a hospital of his choice in the United States. He said the permanent residency status can increase his options ten-fold. My reply at the time was, “I don’t know if this is something I can get for you.”

Before that conversation with your son, did you have any intention to move to the U.S.?

Well, I’ve had a vacation home in Orlando, Florida for 9 years now. But my son’s career was the main reason why we started our immigration journey. That conversation we had was when I started doing the legwork. I got in touch with a law firm in Toronto, then I was referred to their office in Pennsylvania. This is how I heard—through the grapevine—about the logistics of the EB-5 program.

Tell us about your EB-5 journey and your steps to get started?

At first, I checked some reviews online, after which I got into dialogue with the attorneys Matthew Galati and Peter Calabrese. I have to say that both of these individuals were extremely helpful; they really went that extra mile to make me understand the groundwork that is required for the EB-5 program.

On the other hand, I wouldn’t want to use the word “risk,” but it was an investment of half a million dollars back then, and my son had to be on a separate application. So, it was half a million for me and my wife, and half a million for my son. In the end, it’s a lot of money, and the fact that funds are not guaranteed can cause a lot of apprehension. It almost felt like rolling the dice, but then I said to myself, “You know what? I have to do this for my son.”

How did you find the right project to invest in?

To be honest, one of the first questions I asked my agent was, “Can you suggest us a regional center that can offer a quick return of funds?” Of course, it is not that simple, but it just so happened that he got me in to the All Aboard Florida project. After we had filed for my son, I immediately filed for myself and my wife, as well. By then, we were at the tail end; we were probably the last subscribers of the project.

How do you feel about the EB-5 process?

Everything went just fine from there. My son is already one and a half years into the residency program, and after another year or so, he will become a licensed physician in the state of Florida—where he wants to live and practice. I feel like destiny played a big part in our journey; my son heard about his approval from the U.S. Consulate General in Montreal the night before his very first interview for his residency program. And thanks to his green card situation, he was able to get 18 interviews at hospitals all over the country. He got into Blake Hospital in Bradenton, his first choice, so I'm extremely thankful I chose this path that led to my son obtaining a green card.

In total, how long has your EB-5 journey lasted so far?

Would you recommend this experience to others around you?

I actually did share my experience with my friends, and three of them also applied for the EB-5 program! One of them has already gotten his approval, and a friend’s son is pretty much following in my son’s footsteps. He is also studying medicine in Ireland and is hoping to have his green card before graduation so that he can complete his medical residency in the United States.

The reason why the EB-5 program is such a great opportunity for medical school graduates is that if you are a permanent resident of the United States, you can apply to any hospital for your medical residency without the hospital having to sponsor you. If you don’t have that status, you limit yourself only to the hospitals that are willing to sponsor you. That’s not a risk one would want to take at a turning point in their career.

What would you tell new petitioners if you had a single piece of advice to give?

I would tell them to go into this program only if they are willing to put the necessary effort into proving their source of funds. In my opinion, that is the biggest challenge investors have to face in this program, and it would be a futile exercise to take this path if you are not ready to prove your source of funds.

What is the next step for you and your family?

I’m hoping that my son gets his I-829 approval by this summer. Our process is still ongoing, but what matters most is his career. My own plan for the future is hopefully to live semi-retired in Florida.

In general, what’s your opinion of the EB-5 program?

All in all, it has been a great experience. I would highly recommend it to anybody who can foresee a career for themselves or their family in the United States. This applies to those who have the means, of course, since it is a big investment, but it’s still the most reasonable way of building a life in the U.S. Sure, there are other ways, but those can take as long as half your working life—and there’s no guarantee of success. This is part of the reason why I think EB-5 gives you peace of mind. You know that if you legitimately take all the right steps, and with due diligence, your green card will be waiting for you.