Foreign workers can permanently immigrate to the United States with an Employment-Based Immigrant Visa (EB Visa). Approximately 140,000 employment based visas are made available to immigrant workers each year by United States Citizenship and Immigration Services (USCIS). 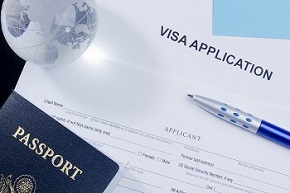 Unlike non-immigrant visas, employment-based immigrant visas give applicants the basis to apply for lawful permanent residency in the United States. After five years of being a lawful permanent resident, foreign nationals may apply for U.S. citizenship. Therefore, foreign workers, their children, and their spouses may be eligible to permanently live and work in the United States if they qualify for one of five employment based visa categories.

Employment First Preference visas (EB-1 visas) are reserved for those designated as priority workers. There are three sub-groups of EB-1 visas.

EB-1 priority worker visas account for 28. 6 percent of all employment based visas each year. EB-1 visas rarely exceed their allotted amount and, as a result, the category rarely becomes backlogged.

Employment Second Preference visas (EB-2 visas) are reserved for foreign workers who have advanced degrees, exceptional ability, and/or whose immigration is in the national interest.

Approximately 28.6 percent of employment- based visas are reserved for EB-2 visa applicants. Applicants from China and India are backlogged in the EB-2 category because of oversubscription.

All EB-3 applicants must obtain Labor Certification with the U.S. Department of Labor (PERM). As with EB-1 and EB-2 visas, 28.6 percent of all employment based visas are reserved for the EB-3 visa category. There is a considerable backlog of visas for EB-3 applicants.

Employment Fourth Preference visas (EB-4 visas) are designated for special immigrants. Most of these visas are allocated towards religious workers. However, EB-4 visas are also designated for broadcasters, Iraqi or Afghan translators, physicians, military members, international organization workers, Panama Canal Zone employees, Iraqis who have assisted the United States, and retired NATO employees. Approximately 7.1 percent of all worldwide employment based visas are reserved for EB-4 special immigrants. EB-4 visas are underutilized and the EB-4 quota is rarely met. In fact, many EB-4 visas are distributed among the other employment-based visa categories near the end of the fiscal year so that they are not lost.

Employment Fifth Preferences visas (EB-5 visas) are designated for foreign investors. EB-5 visa applicants must make either a $900,000 or $1.8 million capital investment in a U.S. business entity that creates at least 10 full-time jobs. The mandatory capital requirement depends on where the U.S. company receiving the investment is located. EB-5 investors have the option to invest in business entities called regional centers which receive USCIS designation to manage EB-5 investment projects. The USCIS reserves 10,000 visas for EB-5 applicants each year. Of these visas, 3,000 are reserved for foreigners who invest in EB-5 Regional Centers.