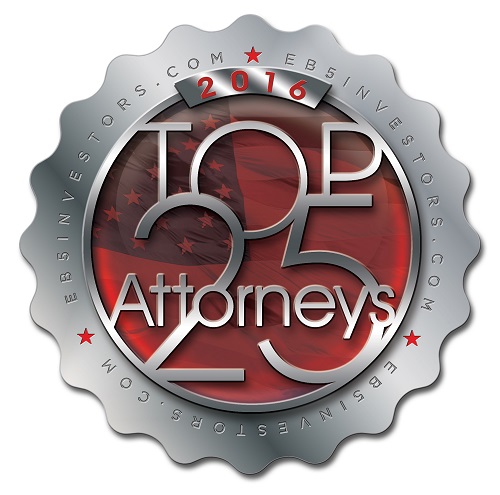 EB5 Investors Magazine is excited to present the top attorneys, business plan writers, and economists in the EB-5 industry. Our list includes the Top 25 EB-5 immigration attorneys, 15 corporate and securities attorneys, and 10 attorneys we recognize for their specific areas of expertise. We selected these EB-5 attorneys through a careful process of EB-5 community member votes, input from our editorial board and analysis from our in-house team. Candidates were evaluated based on their experience in the EB-5 industry, their track record and their reputation within the field. It is our hope that this annual Top 25 list will serve as a resource for investors and developers looking for counsel or professional EB-5 services, as well as a reference for EB-5 practitioners. For more information, or to contact any of these attorneys, we invite you to view their listings at www.EB5Investors.com/directories. 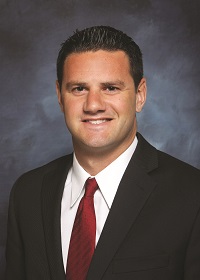 He regularly works with developers across a variety of industries, as well as private equity funds on developing new projects that qualify for EB-5 investments. This includes the creation of new Regional Centers, having projects adopted by existing Regional Centers or through pooled individual EB-5 petitions. Colucci also counsels foreign nationals on obtaining permanent residency through individual or Regional Center EB-5 investments. Additionally, Colucci focuses his practice on employment-based immigration and compliance.  Colucci represents clients in a wide range of employment-based immigrant and non-immigrant matters, including professionals, managers and executives, artists and entertainers, treaty traders and investors, immigrant investors, and persons of extraordinary ability.

Colucci previously worked for Greenberg Traurig as an immigration paralegal prior to attending law school, assisting on employment-based immigration and compliance and EB-5 matters in the Northern Virginia office. Colucci regularly speaks on all aspects of the EB-5 program to a variety of audiences, including other EB-5 professionals, tax professionals and real estate professionals. Colucci has been published in EB5investors.com, EB5investors Magazine, the AILA EB-5 handbook, AILA insights, EB5insights.com and the San Diego County Bar Association Journal. He is a member of the American Bar Association, the American Immigration Lawyers Association, the National Italian-American Bar Association and Sons of Italy. 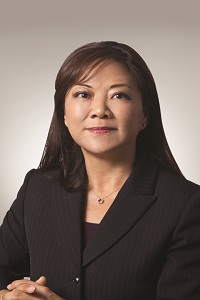 Jen’s involvement with EB-5 intensified when she took an assignment to work in Fragomen’s Beijing and Shanghai office, where she partnered with the firm’s Worldwide Private Client Practice to provide local support for significant investor visa applications for Australia, Canada, the United Kingdom and the United States. While with Fragomen China, she was invited to speak at a number of events on investor visa matters, ranging from the US-China Chamber of Commerce to the British Embassy in Beijing.

During Jen’s assignment in China, the significant growth of interest in EB-5 by Chinese nationals, and her background as a U.S. attorney, made the U.S. investor program a significant part of her practice. In addition, Jen also advised multinational companies in China on U.S. immigration matters, with a significant focus on Chinese technology companies.  As a Bay Area native, Jen is a loyal fan to San Francisco sports teams, including running her first half-marathon to get the commemorative Giants bobblehead.  She practices yoga and significant amounts of meditative sitting during long, trans-Pacific flights to Asia. She earned her Juris Doctor degree from the University of California, Hastings College of Law, and two Bachelor of Arts degrees from the University of California, Berkeley. Jen speaks English and Mandarin Chinese. 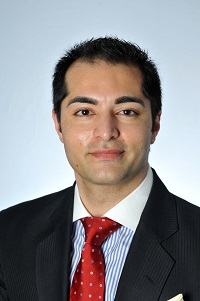 Rohit Kapuria is the resident attorney in Klasko Immigration Law Partners’ Chicago office, where he serves as a member of the firm’s comprehensive EB-5 practice.

Kapuria has worked on over 200 EB-5 transactions, with a combined capital development cost in excess of $5 billion, around the country. He regularly represents EB-5 lenders, EB-5 borrowers, banks, Regional Centers, real estate developers, investors working on direct EB-5 projects, and migration brokers. In this capacity, he works collaboratively with economists, business plan writers, securities attorneys, investment managers, and other professionals in preparing I-924 and I-526 petitions for filing with USCIS. Kapuria is often called upon to structure highly complex and compliant EB-5 transactions and usually serves the role of the EB-5 professional team’s quarterback.

Over the last few years, he has been actively working to develop the Indian and Gulf countries’ EB-5 markets. He regularly travels to India, United Arab Emirates, and Qatar to further develop his growing network of broker dealers and to speak on EB-5 transactions. He is bullish on the growth prospects of those markets and is working hard to expand the market opportunities for U.S. developers seeking foreign capital. Kapuria also regularly speaks on EB-5 topics around the country and has been vigorously developing new relationships with real estate developers and senior lenders.

Kapuria has a graduate degree in mathematical economics and prior to entering the legal profession, he worked as an economist and fund manager where, with a team of analysts, he created and analyzed predictive fund models for an NGO’s portfolio. Given his unique skill set as a former economist, he is able to further delve into the intricacies of an EB-5 transaction’s job creation model.

Kapuria earned his J.D. from Lewis and Clark Law School in Portland, Oregon; his M.A. from University of San Francisco in San Francisco, California; and his B.A. from Calvin College in Grand Rapids, Michigan. He is a member of the Illinois State Bar, Invest in the USA’s Investor Market’s Committee and the American Immigration Lawyers Association. He is fluent in Hindu, Urdu, Punjabi and Hausa. 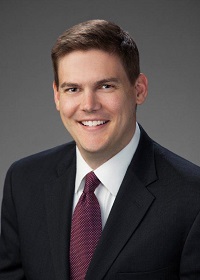 Christian A. Triantaphyllis is an Associate Attorney with Foster LLP, a full-service immigration law firm headquartered in Houston, Texas. His experience includes providing a wide range of investment-based, employment-based and family-based immigration law services to corporate and individual clients.

The focus of Triantaphyllis’ practice is on business immigration matters, particularly those related to EB-5 investments. He represents foreign nationals in the preparation and filing of immigrant investor petitions relating to investments in the United States and advises foreign national clients regarding their lawful source of investment funds. He also advises project developers in connection with establishing EB-5 projects throughout the United States, advises on prospective EB-5 funding structures, and provides analysis to clients from an immigration law perspective on EB-5 business plans, offering documents and economic reports.

Triantaphyllis also represents clients to acquire legal status for professional employees, investors under U.S. treaties, and individuals seeking assistance due to human rights abuses. He consults with clients regarding compliance with USCIS, Customs and Border Protection, and U.S. Department of State laws and regulations and has consulted with U.S. government officials regarding proposed changes to draft legislation relating to the EB-5 program.

Triantaphyllis started working in the EB-5 industry in 2011 by assisting foreign nationals from around the world navigate the EB-5 program. He has since become a lead attorney with Foster LLP's active EB-5 practice group specializing in establishing regional centers and advising on EB-5 projects.

Triantaphyllis is a member of the American Immigration Lawyers' Association, has authored a number of articles on a variety of EB-5 topics, and is a frequent speaker on EB-5 immigration issues. He earned his J.D. in 2011 from New York Law School where he received the Public Interest Fellowship Award. He received his B.A. in Political Science from Southern Methodist University in Dallas, Texas in 2003 and served in the United States Peace Corps in Malawi, Africa from 2004 to 2006. In his spare time, Triantaphyllis enjoys traveling and spending time outdoors. 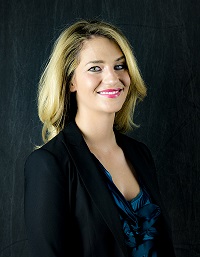 Molly Wessel is a founding partner at Chen Lin and Wessel LLP, a law firm based in Los Angeles, California devoted to the practice of U.S. immigration law. Wessel practices primarily in EB-5 immigration and has successfully represented both regional center and EB-5 project clients as well as immigrant investors. She focuses the majority of her work in the areas of regional center applications and amendments, exemplar I-526 petitions and counseling clients on structuring their EB-5 projects.

Wessel and her two partners, Elaine Chen and Julia Lin, made the decision to start their own law firm after working together and realizing that they share common goals and complimentary skill sets.  They established Chen Lin and Wessel LLP and began operations in early 2014 with the goal of helping each of their clients find success through the EB-5 program.  They are focused on providing exceptional legal services as well as an enjoyable and satisfying client experience.  Wessel and her partners are dedicated to seeing their clients succeed and have worked to maintain the focus on their clients while the firm has started to grow and expand.

CLW still celebrates every approval that its clients receive and continues to offer the personal and hands-on experience that its clients have come to expect. After working extensively in the EB-5 industry, the girls have formed close relationships with each of their clients and have seen how the EB-5 program enriched the U.S. economy while giving foreign EB-5 investors the opportunity to open doors for their family and future generations.