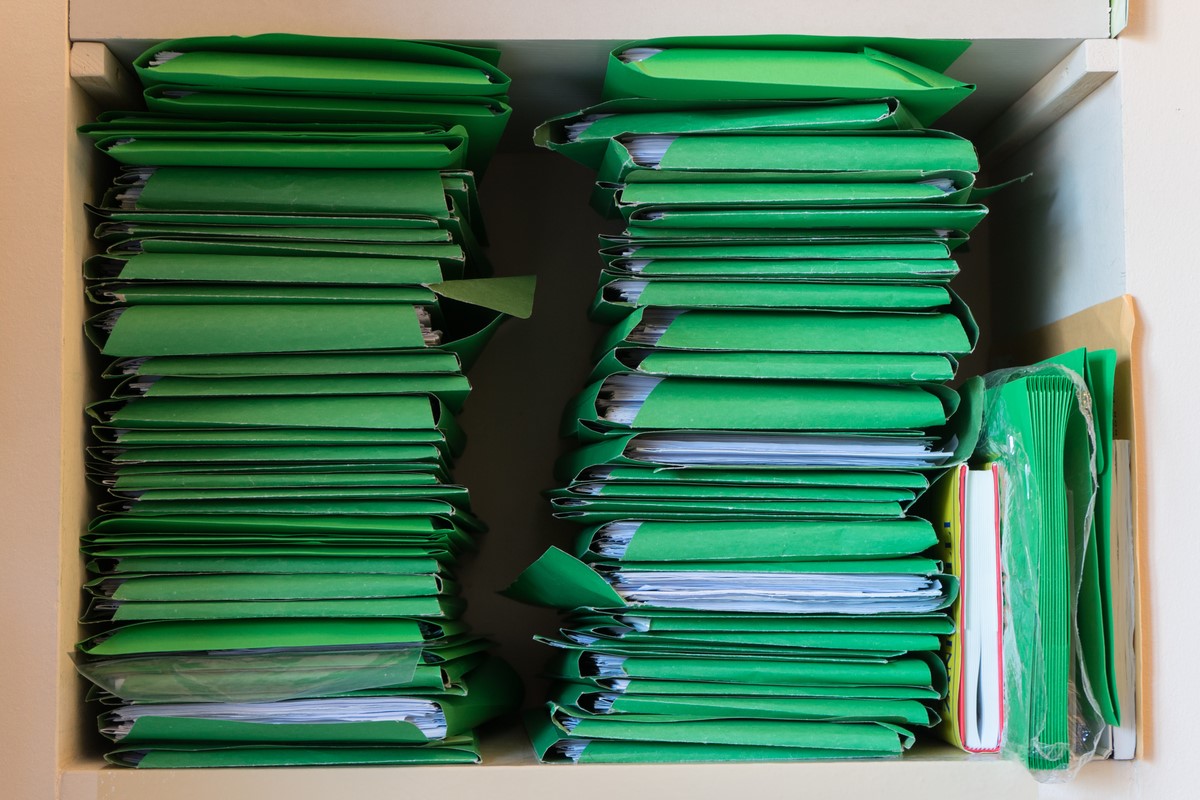 by Matthew Galati and Jennifer Hermansky

How Retrogression Works and How We Got Here

The Immigration Act of 1990 established both the EB-5 visa and the current immigrant classification preference system. As had been the case historically with quotas, the current system places limits on how many and what types of immigrants can receive green cards each year. The current law allows for a maximum of 140,000 employment-based immigrants each government fiscal year running from October 1 to September 30.[1] Among the different categories, EB-5 has the least number of visas allocated. EB-5 gets just 7 percent of the visas (a maximum of 9,940 for investors and their family members),[2]  compared to EB-1, EB-2, and EB-3, which are each allotted 29 percent of the total.

When too many applications are made, immigrants are in effect placed in a queue until a visa is available. The immigrants’ place in the queue is determined by their “Priority Date.” In the EB-5 context, this is the date the I-526 is received and accepted for filing by USCIS. In addition to limiting the total number of immigrants, the law also prevents natives (i.e. country of birth not citizenship) of one country from taking more than a “fair share” of visas. Specifically, if demand for visas in a category is greater than the supply, no more than 7 percent of the visas can be issued to principal immigrants born in any one country;[3] however, they may obtain any leftover visas in that category not used by those allocated “worldwide.”[4]

Prior to 2014, the issue of visa backlogs in EB-5 did not exist. Although part of immigration law for nearly two-and-a-half decades, EB-5’s popularity did not result in a significant number of filings until the second half of the last decade (2005-09) following the global financial crisis.  By the close of fiscal year 2008 (September 30, 2008), USCIS received a total of 1,258 I-526 petitions and 853 were pending.[5] By the end of fiscal year 2013 that number ballooned to 6,346 petitions received with 7,131 pending as USCIS began to receive more petitions per year than it could adjudicate.

But the past two years have turned out to be watershed years in the history of the EB-5 program. Throughout 2014, amid the growth of the program, the U.S. Department of State forecasted the potential of a cutoff date for EB-5 visa applicants born in mainland China given the dominance of such investors in the program. The day of reckoning arrived August 23, 2014 when no visas were left to be issued to mainland China-born investors for the remainder of the fiscal year.[6] Although disruptive, the unavailability was short lived: October brought with it a new allocation of visas and all applicants were deemed “current” again. Demand continued to increase throughout the remainder of 2014 and well into 2015.

By May 1, 2015, EB-5 was again over-subscribed and a May 1, 2013 cutoff date for China was established.[7] As the visa office warned, “It is extremely likely that this category will remain subject to a cut-off date indefinitely.[8]” This was the new normal.

About a month later, however, filing would begin soar to unprecedented levels. Together with three other U.S. immigration programs, the EB-5 Regional Center program is subject to periodic reauthorization which has been historically uncontroversial. In 2012 (a U.S. presidential election year), EB-5 was reauthorized almost unanimously in Congress until September 30, 2015. On June 3, 2015, two U.S. senators introduced S.1501 – The American Job Creation and Investment Promotion Reform Act of 2015,[9]  which sought to radically change many facets of EB-5 law and policy. In response to these proposed changes, a record number of EB-5 petitions were filed.  A total of 6,575 I-526 petitions were received from July to September of 2015 alone[10] (more than all of 2013) and an additional 6,277 petitions were filed between October and December.[11]  Thus, USCIS ended calendar year 2015 with a staggering 21,988 petitions pending, the vast majority stemming from mainland China-born investors.[12] Now, the backlog may create a situation where it takes three to six years until investors can enter the U.S. as conditional permanent residents.

The “At Risk” Requirement

The EB-5 statute and regulations require the investor to make an “at risk” investment.[13] Generally, the law requires the investor to “sustain the capital investment requirement and continuously maintain it over the 2 years of conditional permanent residence.” Thus, the investor cannot be repaid his or her $500,000 or $1,000,000 investment by the new commercial enterprise during the two years of conditional permanent residence.  In the precedent decision Matter of Izummi,[14] the Administrative Appeals Office elaborated further on the “at risk” requirement, outlining the following rules, among others:

These Matter of Izummi rules explain that in the loan model, the full amount of the investment must be disbursed under the loan agreement from the new commercial enterprise to the borrower for use in the EB-5 project and funds reserved within the new commercial enterprise will not be considered “at risk.”  Taken together, the regulations and Matter of Izummi generally have been interpreted by the EB-5 legal community to require the EB-5 loan to remain outstanding until the investors receive I-829 petition approval. Accordingly, projects structure the EB-5 loan term so that the loan will remain outstanding throughout the time required for the I-526 petitions to be approved, for conditional green cards to be granted, and for all investors to make their way through the two year period of conditional permanent residence; hence, traditionally most loan terms were five to seven years.

The Impact of Retrogression

As retrogression in EB-5 became a reality, USCIS issued a new, draft EB-5 Policy Memorandum entitled “Guidance on the Job Creation Requirement and Sustainment of Investment for EB-5 Adjudication of Form I-526 and Form I-829.”[15]  As of the date of this writing, USCIS has not issued a final memorandum, but the draft memorandum gives a good indication of USCIS’ interpretation of the “at risk” requirement.  The memorandum outlines the following important points:

The August 2015 Draft EB-5 memorandum shows that USCIS believes that the EB-5 funds cannot simply sit around in a bank account or escrow account controlled exclusively by the new commercial enterprise.  While the authors believe there is a legal argument that the “at risk” requirement only applies to the relationship between the investor and the new commercial enterprise, meaning that the investor should not receive his or her funds back from it during the two years of conditional permanent residence, the draft August 2015 EB-5 memorandum shows that USCIS believes the funds should continue to be deployed into projects.

Generally, this leaves EB-5 projects several options to protect the “at risk” nature of the investment and protect investors’ I-829 petitions:

EB-5 projects have different capital needs; not all projects may wish to leave an EB-5 loan outstanding for many years if it restricts the ability of the project to be sold or refinanced and ultimately provide the funds required for the EB-5 loan to be repaid to the new commercial enterprise.  Accordingly, it will become more common for the new commercial enterprise to have the ability to redeploy the EB-5 funds into a new project to preserve the “at risk” nature of the investment for I-829 petition purposes.

Generally, the plans for redeployment or reinvestment of the funds should be outlined in the PPM.  However, it may not always be possible to describe the exact projects that will receive reinvestment proceeds from the new commercial enterprise five to seven years from now, which adds risk to the investor. Moreover, the new commercial enterprise’s limited partnership agreement, or LLC operating agreement, should explicitly state the powers that the manager or general partner will have to effectuate a redeployment of loan proceeds. Redeployments must also comply with various securities laws, including the Investment Company Act of 1940 and the Investment Advisers Act of 1940.

Additionally, jobs should be created by the initial EB-5 project before the loan matures to satisfy the job creation requirement and to eliminate any risk that USCIS find a “material change” to the EB-5 business plan. In other words, the initial EB-5 project is still the focus of the business plan and the job creation, and redeployment of the funds simply preserves the “at risk” investment for I-829 purposes. There is no requirement that additional projects receiving redeployed capital be located in the regional center or the targeted employment area.

In summary, with retrogression and redeployment comes additional risk to investors.  The length of the investment is getting longer and the ultimate return of the funds by the new commercial enterprise to the investor may rely on the success of additional projects not yet known to the investor at the time of the investment decision and I-526 petition filing. Many stakeholders are voicing their opinions to USCIS that if the loan matures in its natural course in five to seven years and the jobs are created by the initial EB-5 project; redeployment into additional investments should not be required due to the unnecessary risks it may bring to investors. Stakeholders are seeking a reasonable interpretation by USCIS to allow for safer additional investments, such as in marketable securities, to be deemed acceptable to preserve the “at risk” nature of the investment.  However, until USCIS publishes guidance to this effect, it is likely that more new commercial enterprises will allow for reinvestment into additional projects to protect investor I-829 petitions.

[3] See INA § 202(a)(2). One way around this limit however is under the principle of “cross-chargeability” where the visas can be counted towards a spouse’s native country instead. In other words, if an EB-5 investor was born in mainland China but her immigrating spouse was born in Hong Kong SAR, the family would have the option of avoiding retrogression.

[15] USCIS Draft Memorandum “Guidance on the Job Creation Requirement and Sustainment of Investment for EB-5 Adjudication of Form I-526 and Form I-829,” PM 602-0121 (August 10, 2015), available at: https://www.uscis.gov/sites/default/files/USCIS/Outreach/Draft%20Memorandum%20for%20Comment/PED-Draft_Policy_Memo_Guidance_on_the_Job_Creation_Requirement_and_Sustainme.pdf.