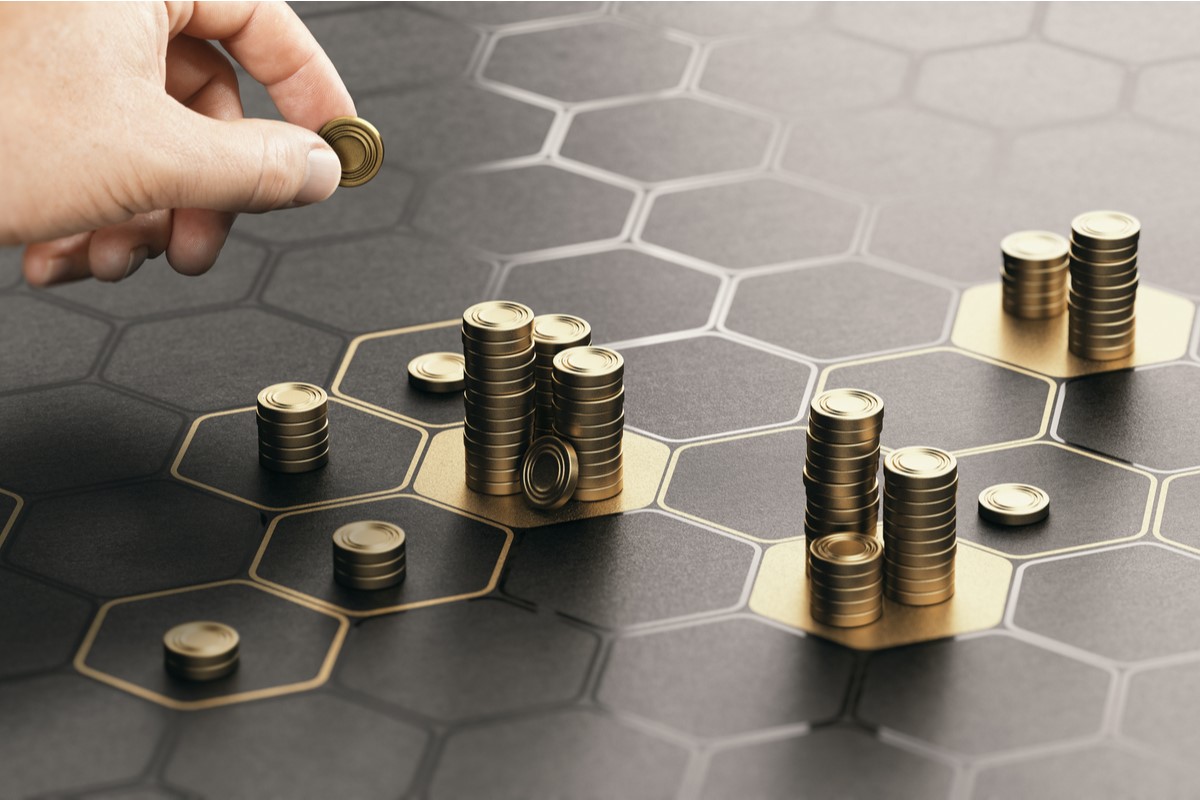 By Phil Cohen and Rohit Kapuria

There are many possible redeployment solutions for EB-5 funds as well as how both the new commercial enterprises and EB-5 investors might go about implementing them.  New policy updates have been issued by USCIS that impact the process for redeployment planning.

When a new commercial enterprise (NCE) loans money to a job creating entity (JCE) or related affiliate, the JCE typically completes the project successfully and is able to repay the loan to the NCE within 4 to 5 years of an investor’s I-526 petition filing. Given the current retrogression climate, when dealing with investors from Mainland China and Vietnam, the question arises as to how the NCE should go about keeping the funds “at risk” when the lengthy adjudication/retrogression process prevents a Mainland China or Vietnam investor from becoming eligible for an I-829 petition for at least another 3 to 12 years. In addition, USCIS updated the definition of the period in which an EB-5 investment must remain “at risk” (the sustainment period) in its June 14, 2017, Policy Manual update to include the conditional residency period, effectively adding another two years to the investment period.

EB-5 investors born in Mainland China and Vietnam represent an estimated 85 percent of the active EB-5 capital today. In addition, they are the only investors who currently face a visa cap, a condition that stems from their strong demand for participation in the program. Given the pace at which Chinese and Vietnamese EB-5 investors have been filing I-526 petitions over the last few years, and barring any congressionally-granted infusion of additional visas, the retrogression wait is projected to remain extended for the foreseeable future.

Given such facts, it is imperative that NCEs begin, if they have not already done so, to analyze the possibility of new qualifying investments that may undertake the redeployed funds following project completion and/or EB-5 capital repayment by the JCE or its affiliate. While some NCEs are still in the I-526 subscription phase and have some time before the urgency for redeployment kicks in, many NCEs are facing the redeployment conundrum in 2018.

USCIS has issued additional clarifications regarding allowable redeployment investments in its Policy Manual. Specifically, the guidance from USCIS now states that funds must be redeployed in a manner “related to engagement in commerce,” where ”engagement in commerce” is defined as “the exchange of goods or services” by USCIS. The Policy Manual goes on to indicate that a NCE may also invest redeployed EB-5 funds in municipal bonds for infrastructure if those investments fall within the scope of the NCE’s business.

In the Policy Manual, USCIS provides an example where EB-5 funds are initially used to finance the construction of a residential building and, following repayment of such EB-5 loan proceeds and required job creation under the initial business plan, the NCE is permitted to “further deploy the re-paid capital into one or more similar loans to other entities.” While not explicitly stated, based on existing EB-5 regulations, one could infer that the geographic and/or industry restrictions that applied to the original EB-5 investment may no longer apply, as long as the required jobs were created by the initial project.

The Policy Manual has further indicated that redeployment of EB-5 capital must take place “within a commercially reasonable time” following a repayment/return of EB-5 capital proceeds to the NCE. In and of itself, this statement provides only limited guidance because the term “commercially reasonable” can have different interpretations. Historically, USCIS appears to have allowed broad interpretations of vague regulatory processes, though it gradually tightened its own internal interpretations. That being said, and given the economic realities of (primarily) the real estate industry, one would be hard-pressed to interpret a “commercially reasonable” period to mean less than 30 days. Some may argue that anything in excess of 90 days would fall short of the aforementioned term. However, at this point USCIS retains broad discretion on the final interpretation of this term.

Given that NCEs keep track of when repayments of the EB-5 capital will be forthcoming, one could argue that these NCEs would be able to plan the redeployment processes and projects well in advance. As such, NCEs are advised to begin the due-diligence process on such potential redeployment projects early on. To better manage their respective fiduciary obligations, the managers or general partners of such NCEs should also consider retaining the expertise of third-party registered investment advisors to assist in the selection of such redeployment opportunities and prepare appropriate notifications to the NCEs’ EB-5 investors of any new opportunities consistent with the terms of the NCEs’ operating/limited partnership agreements.

Of course, it is crucial that NCEs work with securities and immigration attorneys to ensure that any actions related to redeployment of the EB-5 proceeds are in conformity with the terms of USCIS policy and the NCE’s operating or limited partnership agreement. At minimum, being a fiduciary for the EB-5 funds, the NCE’s manager or general partner should provide appropriate notice to the investors.

An easy way to think about this is knowing that the investors subscribed to the NCE based on representations made in the offering documents related to the initial project. Following repayment, the NCE cannot simply redeploy the funds into another asset class that the investors have no knowledge of, irrespective of whether such redeployment conforms with the Policy Manual. Consent from a majority of investors may be required prior to the redeployment. There are a host of other related issues, such as the term of the new investment, the projected returns on such investment, the risks inherent in such investments, the viability and potential for loss of the investment, etc.

Without proper planning and consultation with the NCE’s list of the aforementioned professionals, the NCE could turn the success of an initial project into a tremendous loss on the reinvestment flip. The general attitude that EB-5 investors only care about acquiring green cards does need to change. The capital contributions initially made by each investor is substantive and many investors have some level of dependence on receiving most, if not all, of the funds back following completion of the sustainment period.

Based on the guidelines discussed above, there are four considerations that NCEs should keep in mind when considering redeployment investment options.

The first is flexibility. It is important to maintain a level of flexibility with the investment decision. While some NCEs do not have any investors who are near the completion of their respective sustainment periods in the short term, others do. Consideration for flexibility comes into play when the NCE either has a mixed group of retrogressed and non-retrogressed investors, or if the NCEs investors will be completing their sustainment periods in the short term. In such situations, the NCE should consider redeployment options that permit easy liquidation.

The second is diversification. Investments under the EB-5 program tend to offer investors few, if any, choices of investment diversity. Given that the redeployment guidance allows for redeployed investments into “one or more similar” loans or entities, NCEs arguably could provide investors with more risk mitigation by considering redeployment of EB-5 capital into more than one redeployment opportunity. If the requisite number of jobs has already been created by the initial project, capital preservation will likely become the top priority for investors.

The third is risk mitigation. Beyond investment diversification, NCEs will want to mitigate risk as much as possible for their investors.  Therefore, the higher the degree of allowable risk mitigation available in reinvestment opportunities (such as a collateralization of a loan), the more likely it is that investors will be pleased with the ultimate redeployment options.

Redeployment has presented a headache for NCEs organized prior to 2014, especially given the complexities associated with the legal, administrative and fiduciary concerns. If NCEs retain the appropriate team of consultants, they should be in a position to meet the redeployment requirements (immigration, fiduciary and securities) while allowing for an acceptable risk of mitigation. Such complexities can be turned into an opportunity to generate additional revenue for the stakeholders beyond what was originally anticipated.

Phil Cohen is the president of Strategic Element Inc., and a vice president at Altytude Advisers. Strategic Element has been offering business plans and feasibility studies to the EB-5 industry since 2010, and has participated in offerings raising over $3.5 billion in EB-5 capital. In 2018, Cohen expanded his involvement in the EB-5 industry by participating in the development and launch of Altytude Advisors to address EB-5 redeployment. Altytude works closely with a platform of independently verified private credit fund managers, which currently has over $600 million in assets under management. Cohen regularly speaks at and participates in EB-5 events and conferences including EB5 Investors Magazine, iGlobal Forum and AILA. He was also the founder of The EB-5 Definitive Guide.