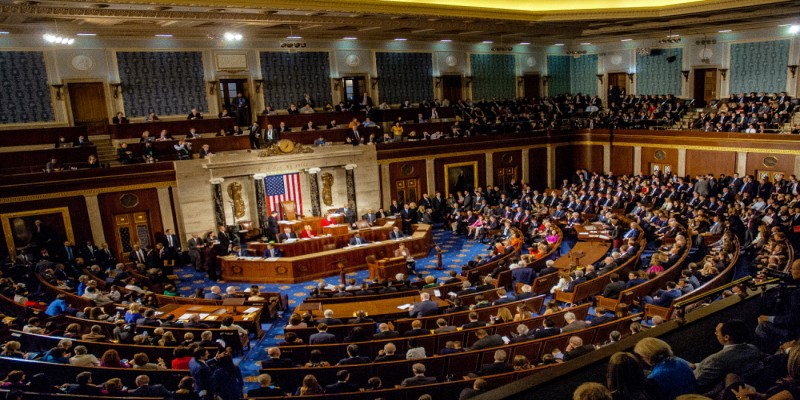 Representatives Greg Stanton (D-Arizona) and Brian Fitzpatrick (R-Pennsylvania), have introduced H.R. 2901, which supports the reauthorization and reform of the EB-5 Regional Center Program. The House bill is a companion to S.831, introduced in the Senate by Senators Chuck Grassley (R-Iowa) and Patrick Leahy (D-Vermont).

“The fact S. 831 and H.R. 2901 are identical speaks volumes and is a tribute to the support long-term reauthorization of the EB-5 Regional Center Program has in both chambers. House members accepted the Senate bill exactly as it is,” says Bob Kraft, chairman and CEO of First Pathway Partners.

Companion bill could set the future of the EB-5 program

If passed, the bill would reauthorize the program through 2026. It would also allow more transparency and integrity measures to bring greater accountability of applicants and Regional Centers and commercial projects. The measure has been endorsed by the Coalition to Save and Create Jobs and Invest in the USA (IIUSA).

“We are very excited that the House bill is introduced.  It’s the first time in the EB-5 Regional Center history that the EB-5 community has ever been in this position; seen this sort of opportunity,” says Aaron Grau, Executive Director of IIUSA. “It is clear evidence of bipartisan and now bicameral support.”

Having bicameral bills, Kraft says, saves time since there are no differences to reconcile. “This is the closest the industry has come to meaningful standalone legislation, in decades,” says Kraft.

The EB-5 program is a tool for economic development

Rep. Stanton said, in a statement, that he has witnessed how the EB-5 program attracts foreign investment and creates new jobs, which in turn lifts the economy and makes the U.S. more competitive globally. He said the bill is critical to economic growth in the U.S. and can address “vulnerabilities the EB-5 program faced in the past and including integrity measures so that it functions as Congress intended.”

Rep. Fitzpatrick also said, in a statement, that he has seen how the EB-5 program has been a strong tool for economic development in the U.S. He described the bipartisan reauthorization as representing Congress and the business community’s unity “to ensure communities across the country can continue to access capital for critical projects while increasing needed oversight and integrity measures to root out fraud and abuse.”

“Representatives Stanton and Fitzpatrick introduced the bill not only because of their belief in the value of the program, but also because to make this reauthorization law, it's necessary that there be a House and a Senate bill. Today – we have that,” says Grau.

With the clock ticking and less than 60 days left until the current program expires on June 30, many hope to turn this bill immediately into law in order to lay the groundwork for additional program improvements.

“The strategy is simple. To pass any bill and send it to the President’s desk to become law, it must pass out of the House and the Senate,” says Grau.

For the EB5 industry, Grau says the House and the Senate want to strengthen the program’s integrity “and give the program and all its stakeholder, especially investors, stability and the ability to further improve the program in the coming months.”

Kraft called it a huge win to have congressional subject matter experts such as Grassley, Leahy, Stanton, and Fitzpatrick advocate to protect the program long-term.

“Very simply put, we are all trying to achieve the same goals, protect people and reauthorize the Regional Center program for a long period of time,” says Kraft. “We haven’t had a long-term reauthorization since 2015. Stability through 2026 will do great things for the program and our nation.”