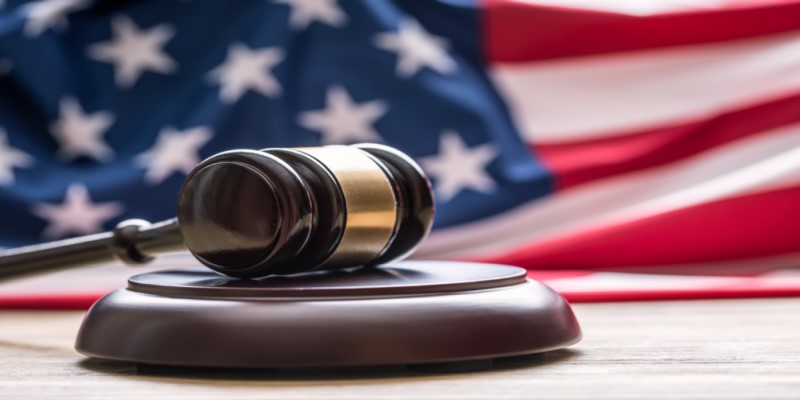 After nearly nine months, the EB-5 Regional Center program is open for business. Congress passed the $1.5 trillion omnibus package that contained the EB-5 Reform and Integrity Act of 2022 on March 10. President Biden signed the legislation into law the following day, after the Senate passed it by a 68-31 margin. The EB-5 Regional Center Program will be reauthorized through Fiscal Year 2027.

“To all those who actually worked to achieve not just reauthorization but reform of the EB-5 program I extend my heartiest congratulations and thanks,” says Patrick Hogan CEO, CMB Regional Centers. “The reform of the EB-5 program was long overdue and a personal journey that I and others have been on for over 10 years. I congratulate and thank Senator Grassley, Senator Leahy and their staff for their patience, tenacity and willingness to compromise to get this done.”

Sens. Chuck Grassley (R., Iowa) and Pat Leahy (D., Vt.) fought for stricter rules to prevent fraud and bring more funding to rural areas. The regional center program has been expired since June 30, 2021 and will officially be reauthorized 60 days from the passage of the Federal appropriations package. Regional centers and regional center investors will not be able to file new petitions with the USCIS during this time period.

“I’ve been in the middle of EB-5 reauthorization efforts since 2014,” says Laura Foote Reiff, co-chair of the immigration and compliance practice at Greenberg Traurig LLP. “The success we achieved in striking down the 2019 EB-5 regulations in 2021 helped pressure Congress to focus on reform legislation. I think the deal we were finally able to negotiate for the longest term extension of the program since 2014 – five years – is fair.”

Changes to the EB-5 program after Congress approved reform

The reauthorization comes with a new minimum investment of $1.05 million and will be reduced to $800,000 for investments in Targeted Employment Areas (TEAs) in rural, high unemployment areas, and infrastructure projects. The minimum investment will be adjusted for inflation every fifth year starting on January 1, 2027.

Though the dollar amount is a bit higher than hoped, says Mitch Wexler, managing partner of Fragomen's Southern California offices, he believes it still falls within a range the market can afford.

“The kicker is that if there is another gap, cases can still proceed,” says Wexler. “Without this, there would be significant hesitancy in investors going with an RC project, especially considering what we just went through. Being effective in 60 days gives RCs a chance to redo offering documents and otherwise comply with the new rules impacting them.”

The changes provide inclusion of grandfathering for all investors who have an I-526 on file, or who file or have filed their I-526 petitions before September 30, 2026. These investors can still complete the EB-5 process should the regional center program lapse in the future.

“We, alongside all our investors, are thrilled that a long-term reauthorization of the EB-5 Program has finally been achieved,” says Tom Rosenfeld, president and CEO of CanAm. “The new integrity provisions along with other long sought after provisions like grandfathering, will also protect our investors, which has always been CanAm’s top priority.”

Impact of the EB-5 reauthorization and reform for investors

For current investors, pending I-526 petitions will not be impacted by the higher investment amounts or new changes. Adjudication of I-526 petitions and adjustment of status applications, and consular processing will continue the moment the bill goes into law.

“Ability to file adjustment of status application if in the U.S. and with a current priority date. This is significant, especially for Indian applicants,” says Wexler. “India is presently current but that will not last forever. By filing AOS, one will also get a work permit even if the priority dates retrogress rendering the applicant no longer being current.”

Other changes include that 20% of all visas will go to investors who invest in projects that qualify as rural, 10% will be for high unemployment areas investments, and 2% will be for infrastructure projects.

New integrity measures have also been added that seek to protect investors by including more reporting requirements for regional centers and regional center operators, and all fees paid. State and local government authorities will no longer make TEA designations, which will now be the responsibility of The Department of Homeland Security.

“Homefed is excited that the regional center program has been reauthorized,” says Chris Foulger, CEO of Homefed. “The new capital requirements and safeguards make sense and we look forward to reengaging with prospective immigrants who want to bring their families, their capital and their business skills to the United States.”

The reauthorization of the regional center program will allow USCIS to accept new regional center filings and adjudicate pending cases suspended due to the lapse. However, a timeframe on that has not yet been announced by the agency.

“This is exciting news for thousands of EB-5 investor families who have been waiting for years,” says David Chen, partner, Visas Consulting Group. “Meanwhile, it is disappointing that the bill does not provide effective protection for aging-out children. We also expect that USCIS and the State Department will speed up the processing of the backlog and allow the EB-5 application process to return to normal.”

The future of direct EB-5 investments

“Further, USCIS regulations are so stringent, making it difficult for so many projects to comply with the corporate structure. We really welcome the new provision of removing the category completely,” says Shah.

Wexler says that although pooled direct investment will no longer be accepted, he believes there will still be interest in direct cases by many, “especially those that are looking to launch a suitable business in the U.S. or to take an equity interest in an existing U.S. business that checks off all the boxes.”

The EB-5 program has raised over $40 billion for real-estate projects and other enterprises in the United States. The reauthorization of the regional center program has long been awaited.

“We have a lot of work to do to make sure the program is properly administered,” says Foote Reiff. “We are also going to need to address the need for additional immigrant visas to help dissipate the backlogs in significant portions of the program.”

Hogan says as many in the industry do not like some of the things that the USCIS does, “we need them to enforce all of the new integrity measures that are in this bill for if they do not we will be back in the same situation five years from now where people are calling for the shutdown of the EB-5 program.”