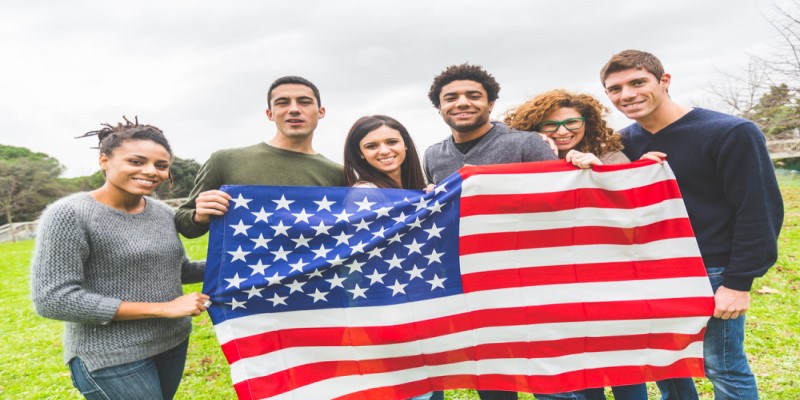 The lapse of the EB-5 Regional Center program in Congress put a spotlight on the failed bipartisan efforts by industry stakeholders at reform. But missing from the reauthorization discussion equation were voices from investors from around the world.

The American Immigrant Investor Alliance (AIIA), a Washington, D.C.-based non-profit founded in April 2021, wants to change that. It seeks to advocate on behalf of EB-5 investors worldwide. The organization was founded by four immigrant investors in various stages of the EB-5 program.

“We realized that unlike other stakeholders in the EB-5 industry, like regional centers and immigration attorneys, investors lack a seat at the table in negotiations regarding the future of the program,” says policy director, Rajvir Batra. “AIIA is an effort to fix this.”

THE FORCE BEHIND THE AMERICAN IMMIGRANT INVESTOR ALLIANCE

Batra, an Indian national and a rising senior majoring in Economics, Government, and History at Harvard University, says he filed his initial I-526 petition in May 2019. He filed for a Writ of Mandamus to compel USCIS to adjudicate his case and received an approval in April 2021. He says he filed his form I-485 “but that process is in a standstill until the program gets reauthorized.”

Through AIIA, Batra says the organization seeks to ensure that investor input is solicited and heard by decision makers and that investors have a seat at the negotiation table for EB-5 reform. AIIA has already amassed hundreds of investors. He says all the officers are EB-5 investors holding passports of various countries and that the alliance has a large volunteer and advocacy database of investors from all over the world.

“We form the very bedrock of this industry and yet have no voice when it comes to legislative proposals. Moreover, investors’ voices are often lacking in EB-5 media coverage,” says Batra. “Media articles need to focus less on program optics and more on the livelihoods of immigrants who have put their families’ hopes in this program.”

WHAT THE EB-5 PROGRAM LAPSE MEAN FOR INVESTORS

Australian national Mick Brown has been in the U.S. for nearly 17 years. He came to the U.S. on an L-1 blanket with a large multi-national, switched to E-3 for Australians since he was with a number of start-ups, then finally moved to an H-1B with a previous start-up employer that’s set to expire this week.

“I decided to go the EB-5 route as the clock was counting down towards my H-1B expiration date.  It’s almost two years now since I invested with a reputable regional center for a hotel project in Miami. The hotel opened in late 2020 and is already very successful, having created considerably more than the requisite minimum number of jobs,” says Brown.

He says he submitted his I-526 petition in September 2019, which makes it nearly two years.  He says even before the concerns over the lapse of the regional center “it’s been a horror ride, watching to see how productivity at IPO has slowed.”

Brown says he’s been a taxpayer in good standing and an active member of the healthcare start-up community, where he is also an investor.

“It’s unnerving to have this sword of Damocles hanging over me where any chance in my employment status could mean having to leave the country, with no guarantee I will be able to re-enter,” says Brown. “My life is here now. So there’s a feeling of being in suspended animation, while the machinations play out on Capitol Hill.”

Brown says he is concerned about what will happen to his investment if the regional program is not renewed.

“I’m just one of thousands who are in this predicament,” he says. “For those investors who reside outside the U.S., I can only imagine the feeling of helplessness as it’s much more difficult for them to have any insights into what is really going on.”

Canadian national Shawn Gehani, an investor who has built a successful career in the Canadian renewable energy industry, has been waiting two years and three months.

“With the Regional Center program currently lapsed, it introduces immense uncertainty into the minds of investors like myself. Each investor's life plans are on hold while waiting for adjudication,” says Gehani. “Even if the program were to simply be reauthorized, untold damage has already been done to the backlog and wait times with a majority of this year's visas now slated to be wasted.”

He says occurrences like these send shockwaves across the investment community worldwide and ultimately hurts the reputation of the program and the American brand. He says investors had the expectation that the rules of the game would not change midway. Therefore, he believes Congress should reauthorize the program at the earliest.

“Congress should ensure, if required by new legislation, that existing investors have a safe passage through the immigration process in accordance with the Regional Center legislation that was in effect at the time these investors filed their petitions,” says Gehani. “A more stable EB-5 program authorized for the long term can be one of the greatest strategic tools to America's infrastructure needs.”

Batra says AIIA is in touch with key groups in the EB-5 industry, including IIUSA and EB5IC, and has continued its outreach to key Congressional offices to ensure investors' concerns are adequately heard during the lapse.

“As an investor focused advocacy organization, AIIA calls on key industry coalitions to come together and display a united front to Congress in order to affect a reauthorization as soon as possible,” says Batra.