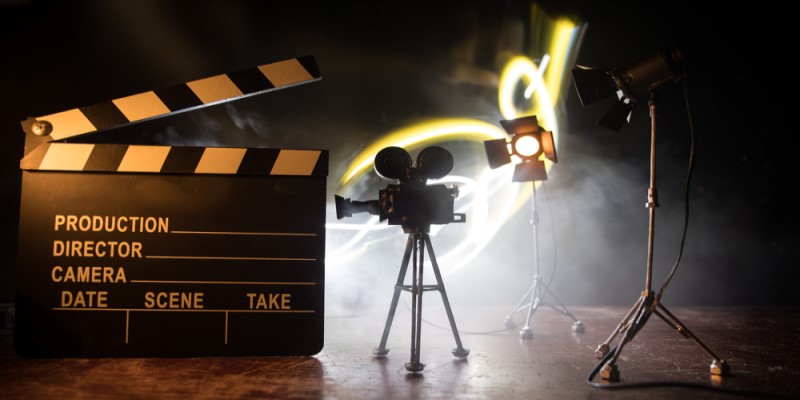 Sony Pictures Entertainment, Lionsgate Films and Warner Brothers have all used EB-5 funding for film projects. Providence Film Group, a subsidiary of Valiant Eagle Inc., secured an EB-5 sponsor agreement in 2021 through a regional center for funding of its nearly $50 million film and television production slate. Mitchell says they have worked for years to get the funding, which can help bring their projects to life.

“EB5 funding is an amazing option. However, it's important to work with a regional center who is a bit more open minded,” says Mitchell.

He says most EB-5 investors tend to gravitate toward more traditional projects like hotels and other real estate projects. He says this is generally because the project must provide at least two years of employment, which can be easier to do with a hotel or restaurant.

“With film and TV, we needed to prove we had adequate employment opportunities to meet the condition,” says Mitchell.

EB-5 Regional Centers invest in a myriad of projects

Regional centers handle a variety of projects that can be appealing to investors in a range of industries.

“Civitas has three investment verticals: multifamily, lodging and opportunistic,” says Daniel J. Healy, CEO, Civitas Capital Group. “Historically, the bulk of our portfolio has been in the first two, and given the interest rate environment, we are seeing attractive development opportunities in both, but the key is to be very selective."

He says the EB-5 Reform and Integrity Act of 2022 has created a strong incentive for investment in rural and infrastructure projects, which can encompass all three verticals. For example, he says in December, Civitas closed on land for a rural multifamily project in Aspen, Colorado, which is one of the most exclusive ski resort market in the U.S. He says like most Civitas investments, it may not be the most glamourous project, but the real estate fundamentals there are solid.

“We think investors will intuitively understand that Aspen has extremely high barriers to entry and that housing is in short supply, to put it mildly,” says Healy.

In their opportunistic vertical, he says the pipeline is more eclectic.

“We are working on projects in the aerospace and water infrastructure sectors, for example, which would launch later this year. Both are extremely compelling and will be unlike anything the EB-5 market has ever seen,” says Healy.

Benefit of investing in projects in rural TEAs

Pine State Regional Center is part of an economic development corporation founded almost 70 years ago by Winthrop Rockefeller. All of their projects are located in rural TEAs.

And though he says most associate “rural” areas with agriculture, many rural states are ideal locations for advanced manufacturing facilities.

“We have recently completed one of the most profitable EB-5 projects ever – Big River Steel, which is today the most advanced high-grade specialty steel plant in the world, generating an average of over $100m of EBITDA per month,” says Stubbe.

He says the project helped create high-paying, quality jobs in one of the poorest census tracts in the country, which earned BRS the distinction of being called the “poster child of what EB-5 was meant to be,” by former House Judiciary Chairman Bob Goodlatte.

Stubbe says Pine is currently launching another rural manufacturing EB-5 project, focused on producing best-of-breed “sustainable rebar” to meet the demands of the recently passed infrastructure bill. In November 2021, President Biden signed a $1 trillion infrastructure bill to help improve roads, bridges and waterways, which has increased the demand for steel, such as rebar used for roads.

“While manufacturing projects have not commonly used EB-5 financing in the past, we believe these sorts of projects will become much more prevalent,” says Stubbe. “High-grade or high-tech manufacturing plants are well suited for disadvantaged rural areas because they usually need wide open spaces and cheap energy – and the jobs are often much higher-paying than the low-wage jobs in hospitality or office tower operations.”

Mitch Wexler, managing partner of Fragomen’s Southern California offices, says since most projects on the market tend to be in real estate, most investments are going there for clients looking for a Regional Center sponsored project.

“Once sufficient due diligence on the RC and bones of the project has been performed, investors then typically look for speed which at least initially points them towards rural projects since they are to be accorded “priority adjudication,” which unfortunately is a term yet to be defined and to date, none have been approved so there is really no frame of reference,” says Wexler.

Heading into 2023, industry stakeholders predict the EB-5 program is poised for a continued growth in interest. This could point to an even broader range of projects benefitting from EB-5 with investors investing more and more in projects that take them outside of the usual real estate market.

“We find our investor clients are less interested in the type of project than the reputation and track record of the players involved,” says Wexler. “They are not looking for sexy projects but singularly focused on the likelihood of return of capital.”