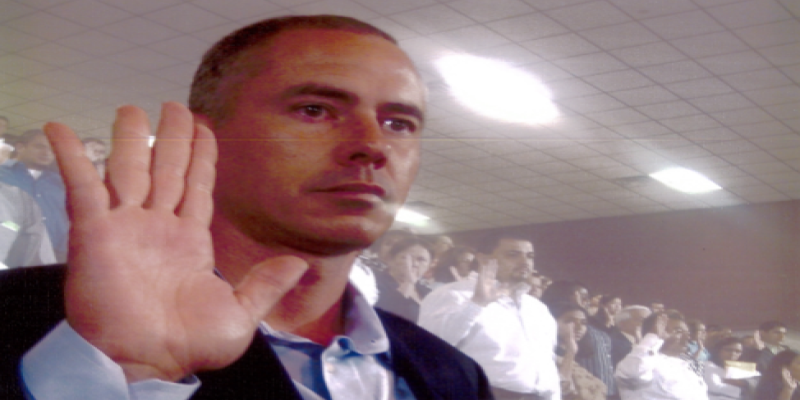 Roberto Contreras III taking the Oath of Allegiance at his naturalization ceremony.

Life has a way of coming full circle. That’s something Mexico native Roberto Contreras III knows well. His ambitious early business ventures put him on a path toward American citizenship, allowing him to conquer the American Dream and become a powerhouse entrepreneur. His early introduction to the EB-5 Immigrant Investor program inspired him to eventually help other immigrants seeking the same dream, a path which led him to launch his own EB-5 regional center.

Contreras, 57, began his journey in 1984 as a young student studying at the University of Houston. When he first arrived in the U.S., he says he was not yet certain of his future plans.

“It was a year later, when I went back for a visit to Mexico, that I realized I really want to make my future and live in the U.S.,” says Contreras. “It was only then that I knew I was chasing the American dream and I wanted to become a U.S. citizen and a business owner.”

An ambitious businessman at the age of 23, Contreras started his first company fresh out of college, called Super Marble, a custom marble fabrication shop. He says the experience quickly allowed him to learn how hard it was to start a business, lessons that helped hone his business skills. In 1995 he convinced his father to invest in Technimar Industries, which was later sold and became Cambria. He says that investment and gift from his father allowed him to participate in the EB-5 program.

“The problem was that the program was still very new, and my I-829 process stayed in limbo for several years,” he says.

In that time, he also founded surfacing company, Cosentino North America in 1998, which introduced quartz to the U.S. market. But, he says his path to citizenship was not an easy one.

“At the time I was running a large company with subsidiaries in several states and therefore, I was the signor on bank accounts in several states,” says Contreras. “This only made the approval process more complicated, having to participate in several personal and business audits before I would receive approval.”

With the help of immigration attorney Charles Foster and his firm, he was able to navigate the approval process. Foster first met Contreras when representing his parents and siblings to attain lawful permanent residency.

“By that time his father had started a stone business in which the family was making significant investments and while most family members could qualify as dependents of their parents, Roberto being the oldest could not,” says Foster.

Foster says Contreras was able to qualify based upon a direct EB-5 investment, which at that time was the only option, and turned out to be successful. Contreras became a U.S. Citizen in 2008.

“One of the happiest days of my life is when I was sworn in as an American citizen,” says Contreras. “I fully understand the struggle an immigrant goes through, and the advantage of the EB-5 program, both as a regional center and through direct investment.” 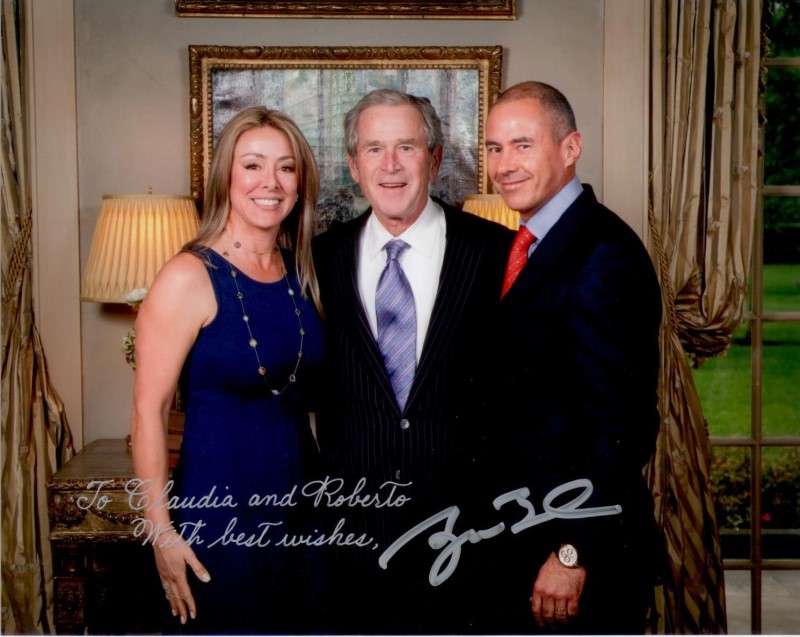 Foster says Contreras went on to have extraordinary business success, independent of his father. He says while Contreras could have retired young, instead he went on to continue to pursue more business ventures.

“He decided to develop major real estate projects first in Houston and later in other cities and discovered the possibility of obtaining significant financing through the EB-5 regional center program at a time the China market was just beginning to take off,” says Foster.

Having gone the EB-5 program route himself and made aware of the existence of the regional center program through Foster, Contreras was inspired to start a regional center in Houston in 2010.

“Coincidently, this happened at my dad’s 70th birthday party. I was super excited about the regional center program since I have always believed in good karma,” says Contreras. “Regional centers offer investors the ability to receive their green cards, while at the same time being a good steward of their money by putting their investment to work and creating jobs.”

The Houston EB-5 regional center has so far sponsored over 350 families, creating over 6,000 jobs. Foster says he represented Contreras in establishing his own regional center and has traveled with him and his son, Roberto IV, to China on multiple occasions to speak before investment groups.

In the process, Contreras says he has had the opportunity to develop several award-winning real estate projects for the local community.

“Roberto has been one of the leaders in developing some of the most significant and iconic high-rise condominiums for the Houston market as well as the highest rated hotel on the San Antonio river,” says Foster.

Contreras’ newest venture is Moderno Porcelain Works, which specializes in the fabrication and installation of large-format porcelain surfaces. The business hearkens back to his earlier days as a new immigrant, when he took a leap of faith and started his career in the stone and surfacing industry, with Super Marble.

“This new Direct EB-5 offering of ours is particularly special to me as it is similar to the first businesses I started as an immigrant on my own EB-5 journey, many years ago,” says Contreras.

Through the Houston EB-5 Regional Center, Contreras hopes to help other families just like his, on a path toward U.S. citizenship. And, get a few steps closer to the American Dream.