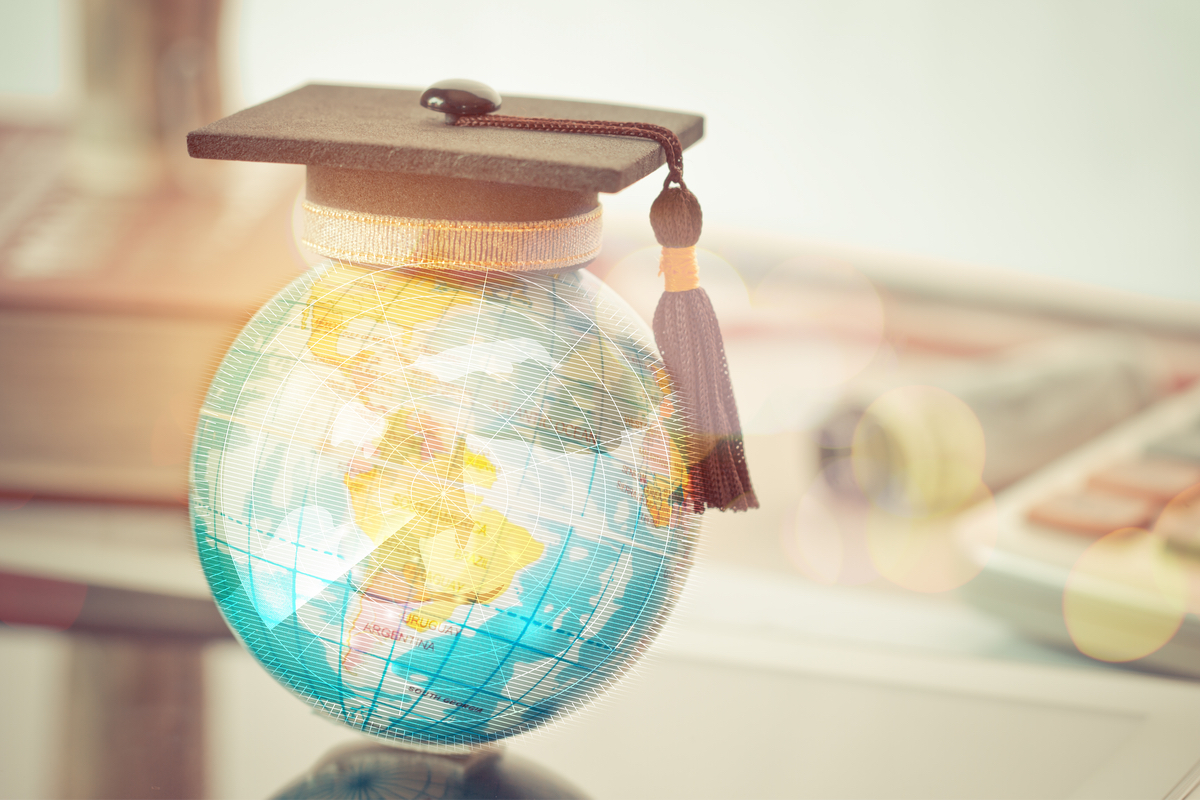 By Christian Triantaphyllis and Yiting (Dora) Hu
The O nonimmigrant classification is reserved for individuals who have “extraordinary ability in the sciences, arts, education, business or athletics, which has been demonstrated by sustained national or international acclaim,” and their essential support staff and qualifying dependents. Unlike the EB-1 immigrant category, which relies on similar eligibility requirements, the O visas are nonimmigrant—or temporary—in nature. The O classification is divided into the following categories: 1) O-1A for individuals with an extraordinary ability in the sciences, education, business, or athletics; 2) O-1B for individuals with an extraordinary ability in the arts or extraordinary achievement in the motion picture or television industry; 3) O-2 for primary assistant or essential support personnel to O-1; and 4) O-3 for spouse and children of O-1s and O-2s. This article provides an overview of each of the sub-category and application requirements, having integrated an analysis of O visa in comparison with the more traditionally utilized work visa categories of H-1B and L-1.

Who is Eligible for the O-1 Visa?

The O-1A/B classification is a work visa category that allows dual-intent in the same way that H-1Bs and L-1s are known for, and may provide an alternate path towards working and living with family in the United States. The individual must be seeking to enter the United States for purposes of continuing the type of work in which he or she excels, and a U.S. employer or agent must file a nonimmigrant petition with United States Citizenship & Immigration Services (USCIS) on their behalf. It must be noted that the O-1A/B is reserved for those foreign nationals who have enjoyed sustained national or international acclaim for their extraordinary ability in the sciences, arts, education, business, or athletics. Alternatively, this classification may also be used for those who have a demonstrated record of extraordinary achievement in the motion picture or television industry.  Therefore, USCIS holds the application to a high standard of review.  This being said, many foreign nationals who have decided to pursue living and working in the United States are highly successful individuals in their respectful field of endeavor and may very well make a successful O visa application to USCIS, given the right approach. Simply put, the O visa is not unattainable.
An U.S. employer can petition for many different types of individuals with extraordinary ability for employment—not only Nobel Peace Prize winners, but anyone in the field of science, education, business or athletics who is one of a small percentage that has risen to the very top of their field. In the field of art, extraordinary ability means “a high level of achievement in the field of arts evidenced by a degree of skill and recognition substantially above that encountered. “ In this area, the petitioner must prove that the artist is prominent in his or her field of endeavor.
The O-1 visa is sometimes forgotten as a possible solution after other more traditional employment nonimmigrant visa options, such as the H-1B or the L-1, are explored. However, the O-1 visa can work for a variety of professionals, from business executives to chefs to doctors. The question becomes: how does one demonstrate to USCIS that the individual does indeed have extraordinary ability in a profession?

8 CFR Section 214.2 (o) sets forth the requirements that must be met to qualify for the O-1 visa. Accordingly, there must be evidence that the beneficiary has received a major, internationally recognized award, such as a Nobel Prize, or evidence of at least (3) three of the following:
• Receipt of nationally or internationally recognized prizes or awards for excellence in the field of endeavor.
• Membership in associations in the field for which classification is sought that require outstanding achievements, as judged by recognized national or international experts in the field.
• Published material in professional or major trade publications, newspapers or other major media about the beneficiary and the beneficiary’s work in the field for which classification is sought.
• Original scientific, scholarly, or business-related contributions of major significance in the field.
• Authorship of scholarly articles in professional journals or other major media in the field for which classification is sought.
• A high salary or other remuneration for services, as evidenced by contracts or other reliable evidence.
• Participation on a panel, or individually, as a judge of the work of others in the same or in a field of specialization allied to that field for which classification is sought.
• Employment in a critical or essential capacity for organizations and establishments that have a distinguished reputation.
Even If the above criteria do not apply to the beneficiary’s occupation, other comparable evidence may be submitted to USCIS to meet the requirements. The evidence required for artists focuses more heavily on performances, roles, publicity, and pay, among other considerations.
Applying these criteria to a real-world example can be fairly straightforward. For example, extraordinary ability through achieving distinction, including recognition from peers, in a field because of innovative research can be demonstrated by providing the following examples of evidence for the O-1 requirements:
• Evidence that the individual has made original scientific contributions of major significance in that field of research, such as inventing a research instrument in his or her field of expertise, or developing a novel process that is patented. Written advisory opinions provided by experts in the beneficiary’s field regarding the beneficiary’s expertise and extraordinary ability in the field is also effective evidence that can be submitted to USCIS.
• Evidence that the individual was employed in a critical or essential capacity at organizations with a distinguished reputation, such as having made significant contributions to the company’s projects. An effective way to meet this benchmark is to show that the beneficiary is employed in a critical or essential capacity at an organization, which in turn has a distinguished reputation.
• Evidence that the individual has authored scholarly articles in the field, in professional journals or other major media, such as publications in top peer reviewed journals.
• Evidence of receipt of lesser nationally or internationally recognized prizes or awards for excellence in the field of endeavor, such as being invited to participate in meetings or speak at conferences as a result of these achievements and the groundbreaking nature of the individual’s work.
As demonstrated above, at least three of the requirements provided by 8 CFR Section 214.2 (o) have been met and therefore the beneficiary qualifies for the O-1 visa and the U.S. employer should be able to hire the individual.
Applicants should keep in mind that O-1 petition application can be premium processed with USCIS, which calls for adjudication of the petition within 15 calendar days after being filed with the agency. Approved visas are valid for an initial period of up to three years and extended at one-year increments with no upper limit by demonstrating that the beneficiary will continue to be needed by the U.S. employer for carrying out the duties for which the individual was initially admitted.

Different from the H-1B visa, which has the annual lottery-drawing process that frustrates petitioners, there is no such number limit for the O-1 category. This means that in an O-1 petition, the outcome of the case will essentially depend on the strength of supporting evidence and how well it is presented to USCIS, and we know that USCIS will review it rather than reject it because of a lottery system.  Another advantage of the O-1 classification is that, once approved, the beneficiary will be able to begin employment in the United States almost immediately, without having to wait until the new the fiscal year to begin H-1B employment.
When compared to the L-1 visa, where there is also no annual limit, the O-1 category provides greater flexibility in the sense that employment relationship can exist in either a traditional employer-employee context, or employment through an U.S. agent functioning as employer or representative of the actual employer. For the L-1 visa, on the other hand, the beneficiary must have a qualifying corporate relationship and individual employment history with a company overseas that has a parent, subsidiary or affiliate relationship with the U.S. petitioner.  This puts the spotlight on the vitality of both the foreign and U.S. companies, in addition to reviewing the individual’s own qualifications. In this context, the O-1 visa petition is certainly a more individual-centric application, which puts case success in the hands of the beneficiary, based on his/her own level of expertise and achievements.

The O classification offers through a special sub-category of O-2 visa, the opportunity to bring essential support staff of the O-1A/B for the purpose of assisting the O-1A/B in a specific event or performance.  This is option does not exist for the H or L classification.  O-2 petitions must be filed individually and separately from the O-1 petition, and certainly not before the O-1 petition. The burden of proof is on the U.S. petitioner to demonstrate how essential the O-2’s assistance is to the successful performance of the O-1A/B beneficiary, whether through advisory opinion or evidence of record, and that the critical skills and experience the O-2 individual possesses are not something of a general nature that can be easily found in the United States.  It is not to say that the petition needs to prove the unavailability of a U.S. worker, but the O-2 individual does need to possess critical skills and experience assisting the O-1 extraordinary ability alien in a significant way as to facilitate the O-1’s success in the United States. Therefore, it is recommended that applicants plan to file the O-2 petition at the same time as the O-1 petition.  Another advantage that comes with the O-2 petition is that it can include multiple beneficiaries, as long as the need is proven to USCIS’ satisfaction.  From a strategic filing point of view, when there are multiple beneficiaries coming to the United States to perform in the same event as a group effort, although each may qualify individually for O-1A/B, it is probably worth considering the possibility of filing one O-1 and the others as O-2, which involves much less paperwork and achieves the same purpose.
Both the O-1A/B and O-2 may bring their spouse and children on O-3 dependent status.
As stated earlier in the article, the O classification for alien with extraordinary ability or achievement may not be as unattainable as one might imagine. With the right guidance and approach, it can be a viable option to explore for foreign nationals accomplished in their field of endeavor.