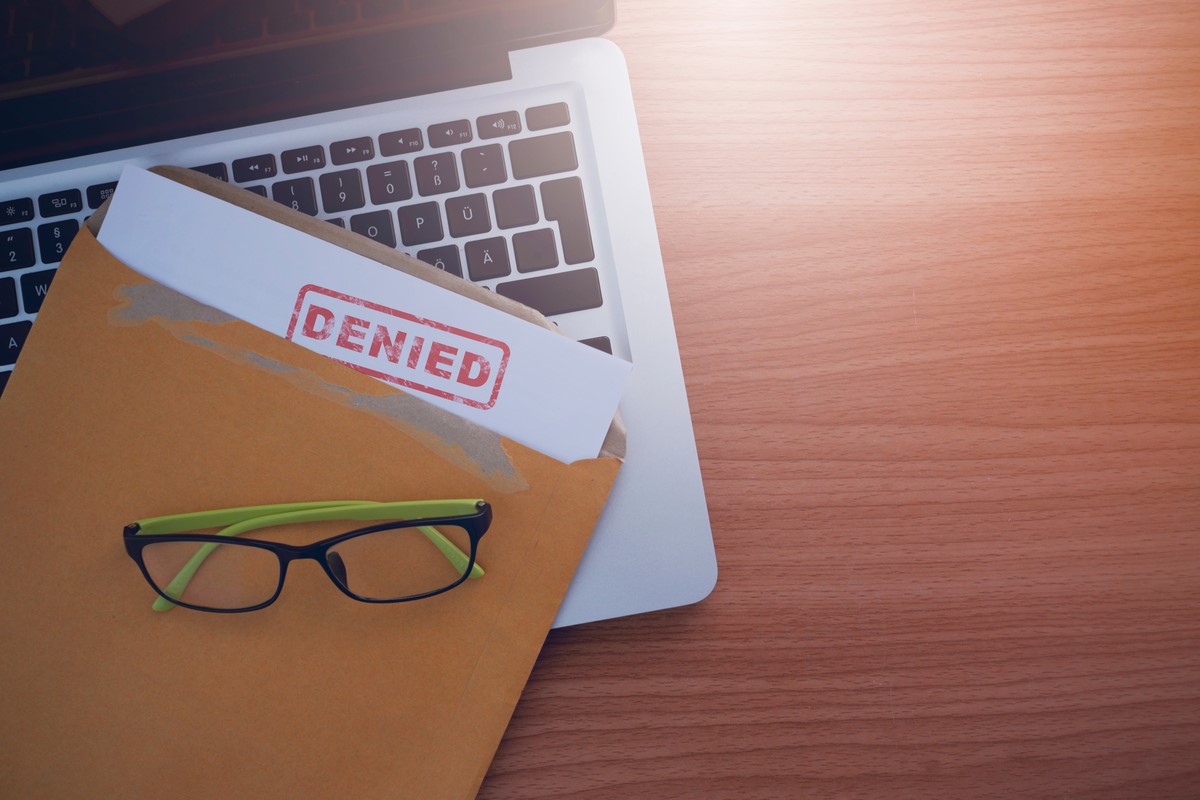 By Samuel D. Newbold, Esq. and Jessica A. DeNisi

What are the potential outcomes for an immigrant investor who is facing a possible I-829 denial due to a failed project? And what are the options in the event that the investor’s I-829 is actually denied?

Removal proceedings may take several years to reach a final result.  Removal proceedings involve multiple trips to immigration court before a full merits hearing, or trial, is held.  During this time, the investor remains a lawful permanent resident of the United States.  This is so important for investors to understand. To emphasize, the authority to take away a person’s green card status rests with the immigration judge.  So, even though a person with a denied I-829 may have an expired green card, they are still a lawful permanent resident until an immigration judge says that they are not.  Temporary passport stamps can be acquired to show evidence of a person’s continuing lawful permanent resident status after the actual green card expires.  Advanced travel permission can also be acquired that allows a permanent resident in removal proceedings to travel outside the United States while their removal matters are in process.  In short, the investor’s day-to-day life in the U.S. is not disrupted just because they have a denied I-829 and are in removal proceedings.  Investors and their families can still work, attend school, and live their normal lives in the U.S. during this long process.  The American dream is still very much alive even after an I-829 denial.

Although many projects using EB-5 funds are successfully brought to completion with adequate job creation and the ultimate return of investor funds, recent headlines cite projects that have fallen short of this standard.  As in any industry, EB-5 development projects may not be successfully completed for a variety of reasons, ranging from a simple failure to meet revenue goals to more nefarious causes such as fraud or misappropriation of funds.  No matter the reason for the project’s failure, immigrant investors seeking I-829 petition approval may be left in a delicate if not difficult situation.

The potential outcomes for an immigrant investor in the face of a failed project turn on both the investor’s current immigration status and the degree to which the project’s business plan was brought to fruition, if only temporarily.  While certainly not ideal from an investment standpoint, for those investors who have begun the two-year period of conditional residence(1) (the Sustainment Period)(2), a failed business does not necessarily equate to a form I-829 denial and a failure to remove conditions on an investor’s green card.   At the I-829 stage, the investor must demonstrate both sustainment of the EB-5 investment and that the EB-5 investment created or will create within a reasonable time ten full-time jobs for qualifying employees(3).

Importantly, the investor is not, however, required to show that the business was successful in order to remove conditions on his or her green card.  Despite the fact that a project failed, as long as the requisite jobs were created as required by 8 C.F.R. § 216.6, if only briefly, an investor who has maintained his or her investment in the new commercial enterprise (NCE) should succeed in removing conditions.

If a project fails prior to the creation of the forecasted jobs, however, an immigrant investor will not satisfy the job creation requirement based on the existing project and should seek to have his or her funds redeployed into another job-creating project(4).    It is critical to note, however, that conditional resident investors are still subject to the sustainment requirement, necessitating that their investment be maintained “at risk” in the NCE throughout the sustainment period.

Accordingly, the investor may not take control of his or her funds and select a new project. Instead, the NCE must be the vehicle through which any redeployment occurs(5).  In selecting a new project for redeployment, the usual considerations apply – such as the likelihood of success of the project and the chances the investor will realize a return of or on his or her investment.  However, in the face of a project that has failed to create adequate jobs, the critical component of any redeployment project becomes the certainty and speed at which the new project will create the jobs needed for the conditional resident investors, who will shortly be required to file their I-829 petitions, to show their EB-5 investment resulted in the creation of ten or more jobs for U.S. workers, allowing for removal of conditions on permanent residence.

WHAT TO EXPECT, AND WHAT YOU CAN DO IF YOUR I-829 IS DENIED

If USCIS denies the I-829, the investor can seek administrative redress by filing either an appeal with the Administrative Appeals Office, or a motion to reopen and/or motion to reconsider with USCIS.(7) USCIS gives the investor 30 days to file a motion or appeal from the date in which the denial decision was rendered.  For investors in troubled projects that have had their funds redeployed, there will be a litany of new facts for USCIS to review and policy updates to apply with the I-829 filing.  If USCIS denies an investor’s I-829 because it overlooks critical facts in the redeployment process or misapplies one of its new policies related to redeployment, then filing a motion or an appeal within the 30-day response time is imperative and could be the difference in rescuing an investor from I-829 denial.(8)

Motions may take several months or even a year or longer to adjudicate.  Appeals typically take at least a year to adjudicate as well.  During this period, the investor is still considered a lawful permanent resident even though their physical green card has expired and their I-829 has been denied.

The I-829 denial is the trigger for the government to initiate removal proceedings against the investor.  Generally, removal proceedings are not initiated immediately following an I-829 denial.  USCIS usually waits to see if a motion or appeal is filed before a form I-862, Notice To Appear (NTA)(9) is issued and the investor is placed in removal proceedings.  Once administrative relief has been sought unsuccessfully, USCIS will be inclined to place the investor in removal proceedings where an immigration judge will make a new, independent decision on the investor’s renewed I-829 petition.  The immigration judge also has the authority to consider new evidence not previously presented to USCIS at the initial I-829 stage as it relates to capital redeployment, job creation, and any other facts that might support the position that the investor “substantially complied” with the EB-5 regulations.  Where USCIS may have denied the I-829 due to a failed project, it is quite possible that an immigration judge, after careful review of the entire record (including new favorable evidence not considered by USCIS), may overturn the I-829 denial and approve the case.

[1] A conditional resident is someone who has obtained their EB-5 visa and has entered the U.S. with that visa, or has adjusted their status in the U.S. after I-526 petition approval.

[2] Investors who are not conditional permanent residents are subject to the prohibition on “material change” and may face additional restrictions not applicable to conditional resident investors when dealing with a failed project. See USCIS Policy Manual, Volume 6, Part G updated as of June 14, 2017.

[4] In the Policy Manual, USCIS has clarified even if redeployment occurs before job creation, there is not a material change if it occurs after the investor has commenced the Sustainment Period. See USCIS Policy Manual, Volume 6, Part G updated as of June 14, 2017.

[5] The requirement that the investment be “at risk” is found in 8 C.F.R. § 204.6(j)(2), which requires the investment be placed “at risk for the purpose of generating a return on the capital placed at risk.”  The precedent decision, Matter of Izummi, 22 I&N Dec.169 (1998), augments the “at risk” requirement by prohibiting guaranteed returns of or on the invested capital and unconditional, contractual promises of repayment.   For purposes of redeployment, USCIS did not adopt the definition of “at risk” that it had previously utilized, the chance of gain or risk of loss. Instead, for redeployed funds to remain “at risk”, the funds must be redeployed in a manner “related to engagement in commerce.” Although this requirement is nowhere defined in any immigration statute, regulation or policy memo, USCIS explained that engagement in commerce is “the exchange of goods or services.” Presumably, further deployment into another EB-5 project would constitute redeployment in a manner “engaged in commerce”.

[8] If an appeal or motion is filed, and it is denied, a second appeal or motion may be filed in certain circumstances. Otherwise, the investor could seek relief in Federal U.S. District Court.

Samuel Newbold is the managing attorney of the EB-5 practice group at Barst Mukamal & Kleiner LLP, one of the nation’s oldest immigration firms and one of the very few select firms with extensive experience in both EB-5 and removal defense (litigation). Newbold is experienced in all aspects of the EB-5 program, including capital redeployment options for investors in troubled projects and the renewal of denied I-829s before immigration judges.