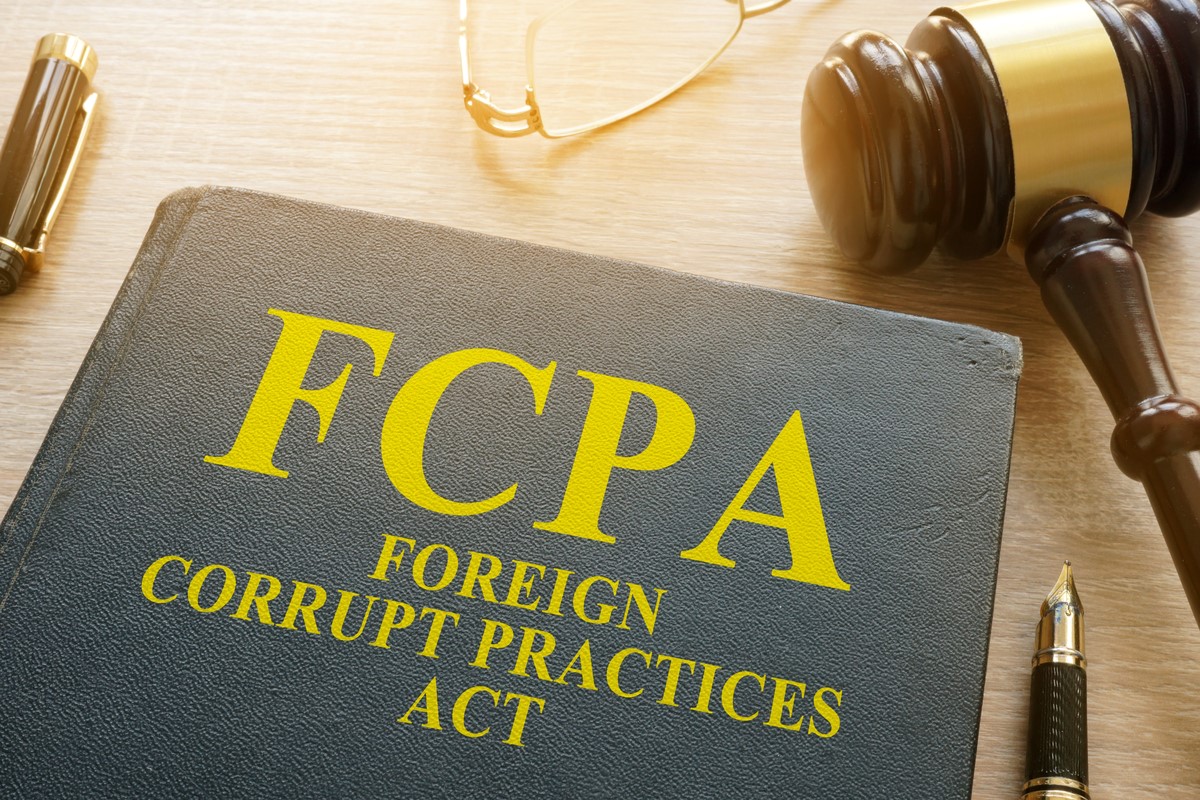 The Foreign Corrupt Practices Act (FCPA) forbids U.S. companies from using bribery to further their business interests abroad. When participants in EB-5 projects raise money abroad, if they or their agents make any kind of corrupting payment or gift to any person who fits a broad definition of “foreign official,” they may face severe penalties – including fines and imprisonment. Because EB-5 offering activities carry a risk of FCPA violation, and the severity of punishment for the company and its officers, directors and managers depends in part on whether the company had an effective program in place to comply with the FCPA, all EB‑5 issuers should take the time to educate themselves about FCPA and implement an effective compliance plan.

Most developed countries have long outlawed bribery within their own borders, but few, if any, had laws preventing their citizens from paying bribes when they went abroad. The United States broke from this legal tradition and adopted the FCPA in 1977 in reaction to revelations of widespread bribery of foreign officials by U.S.-based corporations, including bribery of a sitting Japanese Prime Minister by Lockheed Corporation. At first, many within and without the United States saw the law as a naïve effort that would benefit only competitors from countries less shy about dirtying their hands to gain global economic share. But following the Asian financial crisis of the 1990s, it became evident that, in the long term, a corrupt business climate harms all countries concerned, in addition to frustrating international efforts to foster legitimate economic growth in less developed countries. Some 41 countries have now adopted laws similar to the FCPA under a convention established by the Organization for Economic Cooperation and Development (OECD). Most notably, in 2010 the United Kingdom adopted and began enforcing its Antibribery Act, which is arguably more stringent than the FCPA. Forty years after its adoption, FCPA is not just the law of the land in the United States; it has become an international standard.

Enforcement Under the DOJ and SEC

The U.S. Securities and Exchange Commission (SEC) and the U.S. Department of Justice share responsibility for enforcing the FCPA. Most enforcement takes the form of criminal prosecution by the DOJ seeking fines and prison sentences. The SEC is limited to civil enforcement actions, and often refers its findings to the DOJ for joint investigation and litigation. The FBI, which is a division of the DOJ, has a team of agents dedicated specifically to investigating FCPA violations.

Since 1991, the Federal Sentencing Guidelines of the U.S. Department of Justice have spelled out the elements of an “effective compliance program.” The guidelines are intended to prevent bribery, but carefully following the guidelines can also reduce or eliminate FCPA culpability for a company and its officers if bribery nonetheless occurs within the organization. In November 2012 the SEC and DOJ jointly issued the Resource Guide to the U.S. Foreign Corrupt Practices Act, which provided much needed additional guidance. Of particular importance to EB-5 issuers, which tend to be small and relatively simple organizations, the Resource Guide counsels tailoring a compliance program to the nature of the business and its real risks.

The DOJ has launched targeted initiatives in a number of industries after observing common patterns of foreign corrupt activity, including defense, aerospace, financial services, retail, oil and gas, pharmaceuticals and medical devices. For the last three years the SEC has been coordinating with USCIS in overseeing EB-5 offering activity, and one should assume that any observed pattern of FCPA violation in the EB-5 industry could lead to a similar enforcement initiative. In addition, legislators have sometimes proposed adding specific FCPA provisions to the EB-5 program.1 As a result, EB-5 program participants who ignore the FCPA do so at their peril.

What Does the FCPA Prohibit?

In general, the FCPA prohibits any U.S. company or person from corruptly giving, promising, offering or authorizing payments of money or anything of value to a foreign official, political party or candidate with the intent to influence that official in his or her official capacity or to secure an improper advantage in order to obtain or retain business or to direct business to any person.

By covering “anything of value” in addition to cash payments, the law may prohibit gifts and even lavish entertaining or a donation to an official’s designated charity.

The breadth of the definition of “government official” was demonstrated in 2011, when Johnson & Johnson settled civil and criminal FCPA enforcement actions alleging that it gave cash and gifts of “inappropriate travel” to doctors and administrators employed at state-run hospitals and healthcare facilities in Greece, Poland and Romania to encourage their selection of Johnson & Johnson pharmaceuticals and surgical implants. Because the state owned the healthcare facilities, doctors and administrators employed there were deemed government officials.

Focus on Contractors and Agents

The foreign activities of EB-5 issuers consist of raising capital and facilitating the immigration of foreign nationals. This usually involves engaging a local agent who is licensed or authorized by the local government to solicit and assist investors and may involve government permissions in matters such as exit visas and currency transfers. It is not uncommon for local government or party officials to make appearances at EB‑5 marketing events or to be photographed with project sponsors.

Concerns have been raised as to whether government licensing of offshore placement agents or emigration agents would make them “government officials” and prohibit an EB-5 issuer from paying fees to emigration agents. Simply being licensed by the government should not have this effect. However, it remains important to determine whether the agent’s business entity is majority owned by the government, the involvement of political party officials, and whether fees could be construed as illicit payments for official action rather than fees to the agency for legitimate services. The following factors may be helpful in confirming that retention and payment of a foreign agent for bona fide services is not, in itself, a violation of FCPA:

The bigger risk for EB-5 issuers is that if the agent pays money or gives gifts to government officials in the course of its engagement, the U.S. company may be deemed to have authorized the agent to pay bribes on its behalf in violation of FCPA. For example, a U.S. company would violate the FCPA if it retained an agent to perform any of the following actions on its behalf:

Recipe for an Effective FCPA Compliance Program for EB-5 Issuers

The most recent guidance from the FCPA enforcement agencies on what they consider an effective compliance program appears in the Resource Guide as the 10 “Hallmarks of Effective Compliance Programs.” These hallmarks should be a starting point in designing your company’s program.

While the SEC and DOJ expect a large multinational corporation to have a rigorous and customized compliance and ethics program. Small companies – which would include most EB-5 issuers – may have a simpler and less formal program that is nonetheless recognized as “effective.” For example the smaller company need not have a separate compliance staff, it can provide training in informal staff meetings, and can even model its compliance program on existing programs and best practices of other similar organizations. The following nine[2] elements are based on the Resource Guide’s “Hallmarks” that are most relevant to the typical EB-5 issuer:

Due Diligence Regarding Third Parties – a Key Concern

These procedures should include a questionnaire completed by the employee proposing the contract, designed to assure that the contract is for legal, bona fide services and to identify “red flags” for corrupt intent, including the following warning signs:

Contracts should make it clear that a violation of FCPA or other local or international anti-bribery laws is a material breach of the contract, and should contain a covenant that the contractor will, on request, certify that it has committed no such violation.

It should be noted that the FCPA does have an exception for “grease payments” – small payments to facilitate routine government action. This provides some relief in countries where petty bribery affects even routine activities like getting luggage through customs. The dividing line between grease payments and actual corruption is itself slippery, so an effective FCPA policy should require any employee considering making a grease payment to consult with the company’s compliance officer first.

Keep in mind that gifts in general are not prohibited; only those that are disguised bribes are banned. The distinction is often subjective, but in the Resource Guide the DOJ and SEC have clarified that they are not concerned with modest gifts unless they are part of a systemic or long-standing course of conduct that evidences corrupt intent. The Resource Guide states “As part of an effective compliance program, a company should have clear and easily accessible guidelines and processes in place for gift-giving by the company’s directors, officers, employees, and agents.”

The Resource Guide provides examples and further guidance on the line between permissible and prohibited gift-giving and entertaining, which EB-5 issuers should use to develop their own internal policies.

In addition to the anti-bribery rules, the FCPA contains accounting provisions that apply to public companies. Companies with a class of securities registered under the Securities Exchange Act of 1934 must maintain sufficient control over their assets to prevent any authorized payment. The accounting provisions will generally not apply to EB-5 issuers, but that does not mean that poor accounting controls will excuse officers or directors when an employee or contractor uses company assets for bribery. It means only that the lack of control will not, in itself, be a separate violation of law.

An issuer concerned about the propriety of a payment or gift should take no comfort from the fact that such activity seems to be a common local practice. “That’s the way everybody gets things done over there” has never been an effective defense under FCPA. From its inception, the law has sought to change the way things are done, even in countries where corruption has become deeply rooted in the business and political culture, and even at the cost of U.S. companies losing business in the short term to competitors from countries less concerned about fostering corruption. Well-publicized enforcement actions have been the regulators’ best educational tool for FCPA. EB-5 issuers who want to avoid serving as teaching models should develop an effective compliance program before hiring offshore agents or leaving U.S. shores.

In addition to consulting with compliance experts, EB-5 issuers can find additional information in the DOJ’s Foreign Corrupt Practices Act Resource Guide at http://www.justice.gov/criminal/fraud/fcpa/guidance/guide.pdf and on the “Spotlight on FCPA” section on the SEC’s website at http://www.sec.gov/spotlight/fcpa.shtml.

1 For example, the proposed American Investment and Entrepreneurship and Investment Act of 2015 (H.R. 616) would make the FCPA applicable to the Program. It is likely that this language reflected a concern that corrupt foreign officials might use the proceeds of corruption to invest under the EB-5 Program and become U.S. residents.

2 One of the ten “Hallmarks” in the Resource Guide involves diligence and integration procedures when acquiring foreign businesses. This will seldom be relevant to EB-5 issuers.