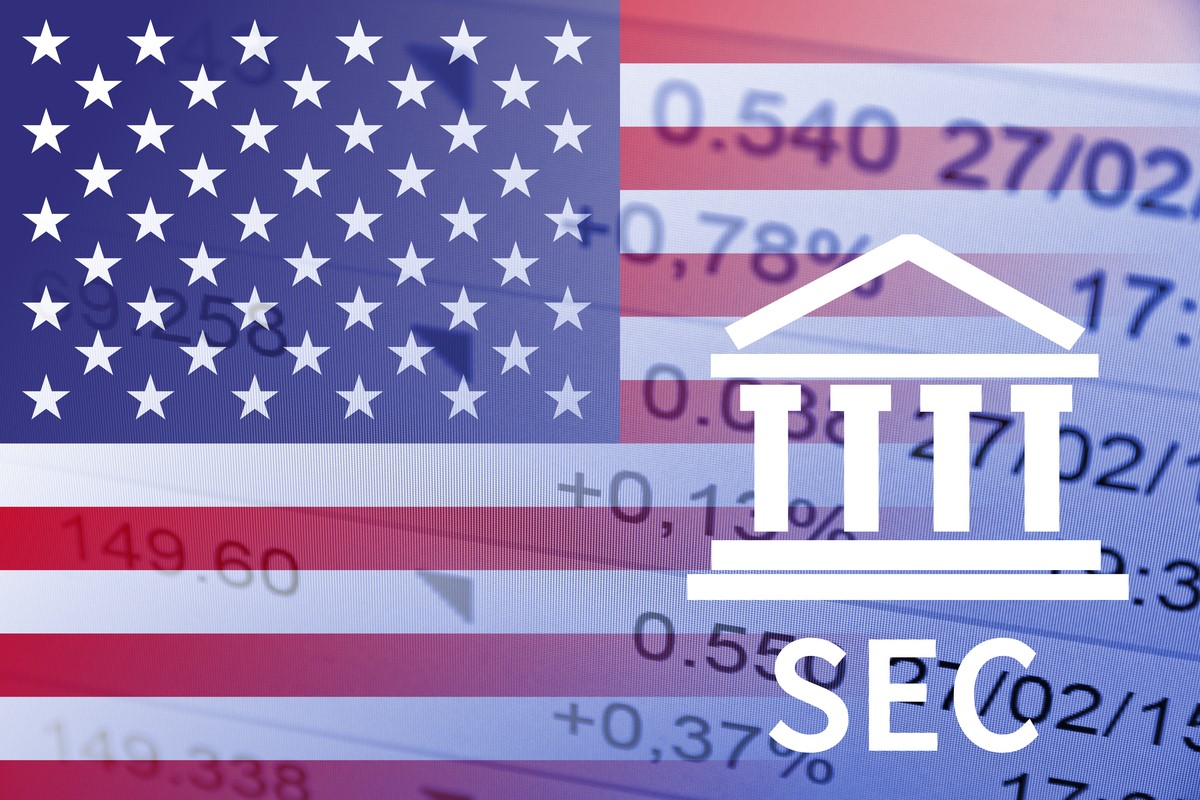 by Robert Ahrenholz and Mariza McKee

The Securities and Exchange Commission (SEC) was directed pursuant to the Jumpstart Our Business Startups Act (the JOBS Act) to adopt amendments to Regulation D to provide for an exemption from registration under the Securities Act of 1933, as amended (the Securities Act) for private offerings involving general solicitations. As a result, the SEC on Sept. 23, 2013 amended Rule 506 of Regulation D by adding Rule 506(c) to allow for general solicitations, while retaining traditional Regulation D offerings in Rule 506(b). (SEC Release No. 33-9354 (Aug. 29, 2012) (“Rule 506(c) Release”)).

The SEC made clear in the Rule 506(c) Release that notwithstanding general solicitations, Rule 506(c) and Regulation S offerings will continue to not be integrated so long as issuers maintain the separate nature of each offering. Due to similarities between general solicitations and directed selling efforts, issuers involved with concurrent offerings must be cautious in their use of general advertising to ensure that the provisions of Regulation S relating to directed selling efforts (activities done for the purpose of conditioning the U.S. market) are not violated.

This article discusses suggested methods to engage in general advertising using websites under Rule 506(c), while also avoiding directed selling efforts, so that an issuer may claim the Regulation D and Regulation S exemptions in a concurrent domestic and offshore offering of securities.

In the 506(c) Release, the SEC did not clarify that the use of general solicitation for domestic offerings would not be deemed to also constitute a directed selling effort in connection with a contemporaneous offshore offering, except to continue to point out that concurrent offerings will generally not be integrated. Due to the lack of further guidance, it is imperative that issuers maintain the separate nature of their offerings by ensuring that each offering complies with the provisions of its respective exemption.

Issuers relying on Regulation S must employ precautionary measures to ensure that offers do not target “U.S. persons” (“Use of Internet Web Sites To Offer Securities, Solicit Securities Transactions, or Advertise Investment Services Offshore,” SEC Release No. 33-7516 (March 23, 1998) (“Offshore Internet Release”)). In the Offshore Internet Release, the SEC stated that “[o]ur Securities Act analysis assumes that the information posted on a Web site would, were we to deem it to occur in the United States, constitute…a ‘general solicitation or general advertising’ prohibited under Rule 502(c), of Regulation D….” Due to the similarities between general advertising and directed selling efforts, it is more than likely that information posted on a website deemed to occur in the United States would also be deemed to violate the directed selling efforts provision of Regulation S. (See, Offshore Internet Release).

U.S. issuers need to be especially careful in constructing a website offering in a way that does not give any indication that the offering is conditioning the U.S. market for the selling of the securities for purposes of Regulation S. The pertinent precautionary measures in establishing a website are to utilize questionnaires, employ password protections on certain content, post prominent disclaimers, and convey information with the provisions of the relevant exemptions in mind. (See, IPONET, SEC No-Action Letter (July 26, 1996)). The following sections will walk readers through how exactly to establish a website that is SEC compliant.

Due to advancements in technology, the SEC has adopted the “access equals delivery” model, which presumes that investors (and potential investors) have access to the Internet (“Securities Offering Reform,” SEC Release No. 33-8591 (Dec. 1, 2005)). This presumption means that it is important to restrict the use of materials that will cause an issuer to lose an exemption. Thus, when establishing a website offering to comply with the provisions of Regulation S and Regulation D concurrently, issuers should construct separate web portals that are tailored to each exemption. Directing potential investors to the relevant portal can be done by either setting up a generic opening page of the website and channeling visitors from there to the appropriate content, or by setting up completely separate websites for each offering. The generic or separate offering websites should not be contained in the issuer’s general website. In addition, the generic or separate offering websites can be established and maintained by the issuer or a third-party provider, provided that the issuer has sufficient controls over any such third-party provider. Both of these approaches will allow an issuer to use general advertising, such as a mass email to a large list of potential EB-5 investors or a web-based advertisement, while limiting the content the site visitor will be able to access in order to maintain compliance with both exemptions.

Under both of these methods for setting up the website, an opening page can contain information that may be conveyed to potential investors both within the United States and offshore. In the adopting release of Regulation S, the SEC stated that isolated, limited contact within the United States, disseminating routine information normally published by a company will not constitute a directed selling effort (SEC Release No. 33-6863 (Apr. 24, 1990) (“Offshore Offers and Sales”)). Regulation S is not intended to hinder the flow of press releases, news stories, or other journalistic activities. Thus, any information falling within these categories should not cause the issuer to fear violation of the provisions of Regulation S, if posted to the website.

Additionally, the definition of directed selling efforts excludes tombstone advertisements, if less than 20 percent of its circulation is in the United States. It is advisable that a website created for an offshore offering comply with that limitation, following the form of a tombstone advertisement (see Rule 135 under the Securities Act, regarding information that can be communicated in a proposed offering) in regards to the information posted on the opening page of the website. Generic information, such as the issuer’s name, the address, phone number and email address of the issuer’s principal offices, the issuer’s country of organization, and the geographic areas in which it conducts business, can safely be posted on the opening page of a website without violating the directed selling efforts provision.

Regardless of whether the issuer elects to set up two separate websites or a single website with two separate portals, a questionnaire feature should be included on the opening page of the site.[1] The questionnaire should be aimed at determining whether or not the site visitor is a “U.S. person” according to the definition under Rule 902(k) or an “accredited investor” under Rule 501(a). Information that will indicate whether a site visitor is a U.S. person is the address of their current residence, phone number, employment information, the geographic location where they are accessing the website and the URL being used. Importantly, offers and sales made to non-U.S. persons, even if physically present in the United States, are deemed to be offshore transactions; a transient in the United States for a short period of time accessing content for the Regulation S offering will not constitute a directed selling effort.

The questionnaire should also include a check box for the visitor to explicitly state whether they are not a U.S. person or an accredited investor. This will help to protect the issuer from liability for any attempt to evade the relevant exemption restrictions. Also, because the investment opportunity is through the EB-5 program, it may be pertinent to ask visitors claiming to be within the United States to give the status of their residency. This may entail asking whether they are attending an educational institution in the United States, or the name of their employer if they are in the country on a work visa. By including a questionnaire on the opening page of the website, the issuer can determine the content that may be appropriate for a particular potential investor to access.

Any indication by the website visitor that they are misrepresenting their status under the definition of a U.S. person or accredited investor should cause the issuer to verify the potential investor’s status before providing the password to any content. The SEC has indicated that if the issuer takes adequate measures to ensure that U.S. persons are not able to access offshore offers, then it would not view the offer as having been targeted at the United States. The end goal of password protections should be to demonstrate that the issuer has undertaken “adequate procedures” to identify the status of the prospective investor and that the issuer has made a “good faith effort” to comply with the provisions of the exemptions.

Placing prominent disclaimers in strategic areas on the website that will alert potential investors that the issuer only intends for certain information to reach certain individuals will further demonstrate the good faith efforts of the issuer to comply with the exemptions. For instance, even after obtaining a password for access to certain content, a disclaimer should be the next page that the prospective investor is directed to with a statement identifying the type of potential investor that the contents of the portal are intended to reach. The disclaimer should be meaningful and as specific as possible. The SEC has stated that, due to the global implications of Internet communication, a disclaimer stating, “this offer is not being made in any jurisdiction in which the offer would or could be illegal,” would not be considered a meaningful disclaimer. If possible, it would be prudent to specify the jurisdictions in which the offer is being made so as to minimize confusion on the part of the potential investor.

Hyperlinks and presentation of information

The SEC also has advised that “[w]hether third-party information is attributable to an issuer depends upon whether the issuer has involved itself in the preparation of the information or explicitly or implicitly endorsed or approved the information” (“Use of Electronic Media,” SEC Release No. 33-7856 (May 4, 2000)). It is imperative for the issuer to be mindful of any information that is being communicated through hyperlinks on the issuer’s website. For instance, if a prospective investor is directed to the offshore offering portal and a hyperlink in that portal leads to information regarding the U.S. securities market, it is possible that the SEC would deem the communication to constitute a directed selling effort in the United States. An issuer should consider who will benefit from the use of hyperlinks, while being mindful of the nature of the information at the hyperlinked web address.

Even if the previously mentioned precautions are instituted, the SEC “would view solicitations that appear by their content to be targeted at U.S. persons as made in the United States.” (Offshore Internet Release.) Ultimately, the issuer should take precautions to ensure that cumulatively any information appearing on any portion of the Regulation S website or portal will not create the impression that the offering is directed toward conditioning the U.S. market for the securities being offered.

[1] (See e.g., REIFRC.com, http://www.reifrc.com/resources/REIF-RC/REIF-Investor-Questionaire.pdf for an example of a questionnaire that is used to determine the status of potential investors)

Robert Ahrenholz is a partner at Kutak Rock’s Denver office, where he focuses his practice on corporate finance, securities, structured finance, securitizations, and EB-5 financings. He has held senior positions at the Securities and Exchange Commission in Washington, D.C., and serves as liaison to the states of Colorado, Montana, and Wyoming for the ABA Subcommittee of Liaisons to Securities Administrators.