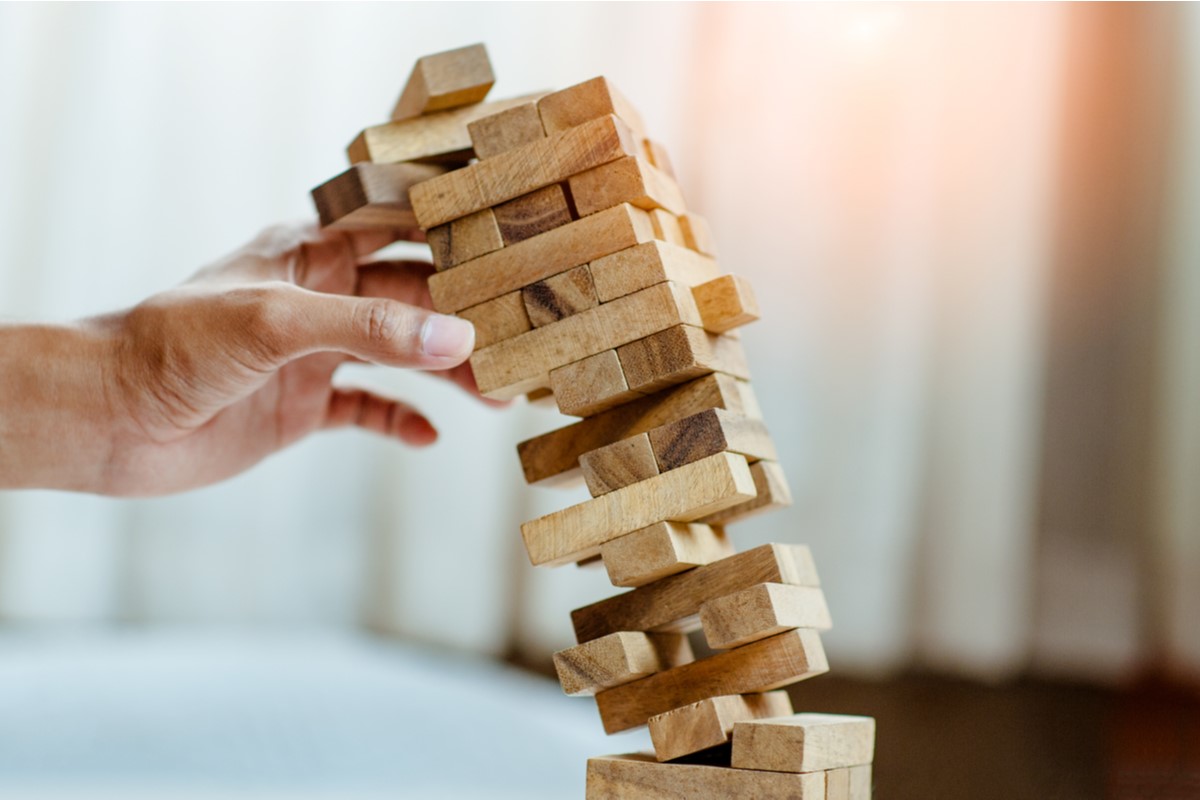 In July 2016, Nicholas Colucci, chief of the USCIS’ EB-5 Immigrant Investor Program verified[1] at a meeting in Miami, Florida what many immigration attorneys already knew: Serious challenges are facing the EB-5 industry that threaten the program’s integrity.

This includes such things as funds being stolen from foreign investors; moving funds between regional center projects without notifying investors; failure of a regional center to properly monitor an EB-5 project; and federal and state securities laws violations. This article provides insight into how the Immigrant Investor Program and the U.S. Securities and Exchange Commission (“SEC”) are currently handling these types of “integrity” concerns.

Due Diligence is Vital

With hundreds of EB-5 projects in the market to choose from and with permanent residency in the U.S. on the line, selecting the right regional center and EB-5 project to invest in can be an important, yet often intimidating, task.

Cautious immigrant investors are wise to seek assistance from a range of financial and tax advisors, broker-dealers, and immigration attorneys to conduct due diligence prior to making an EB-5 investment. However, no matter the amount of due diligence performed, and even despite approval of a Form I-526 petition, the risk exists that an EB-5 project will fail if a business doesn’t create the required number of jobs or remain in compliance with securities laws.

Unfortunately, it can be difficult to know if an EB-5 project or a regional center is in trouble until it is too late. It’s the duty of the immigrant investor to ask direct questions about EB-5 projects or regional centers if there are concerns, or hire a U.S. attorney to investigate. It is important to know why the EB-5 project has failed, the current status of the investor’s EB-5 investment funds and other EB-5 funds invested in the project, and whether any third party actors (receivers, bankruptcy courts, or class action litigators) are involved. Retaining experienced EB-5 immigration attorneys that can provide the best options to an immigrant investor when an EB-5 project has failed is paramount.

Investigations by the SEC

The SEC has recently been an active regulator in the EB-5 industry and issued a joint alert with USCIS in 2013 about investment schemes that target and exploit foreign nations who seek to become permanent residents through EB-5.[2]  The role of the SEC is to enforce federal securities laws and focuses on asset protection to safeguard potential victims from financial loss. The SEC begins a fact-finding investigation in an EB-5 matter if there is a suspicion of fraud, misrepresentation, misuse of funds, or violations of other federal securities laws by a regional center, EB-5 investment project, or other entities and individuals acting as unregistered broker-dealers.

The SEC’s fact-finding investigations are conducted confidentially to preserve key evidence in a case and protect reputations, and the SEC will not confirm or deny the existence of an investigation until it becomes a matter of public record. Only when the SEC files an action in court or through an administrative proceeding does an investigation become public.[3] Accordingly, the EB-5 community will not be aware of an SEC investigation unless there is a whistleblower or a regional center or EB-5 investment project informs immigrant investors. However, an EB-5 project or regional center may seek to keep the existence of an SEC investigation out of the public’s eye due to the potential financial loss and damage to reputation.

In the event SEC determines violations of federal securities have occurred by an EB-5 project, it will seek to freeze assets held in bank accounts and appoint a third-party “receiver” to administer and manage the business affairs and assets of the EB-5 project and its affiliates/subsidiaries to help protect investors. The SEC will seek disgorgement of ill-gotten gains plus interest, civil penalties, and potentially criminal penalties. It will also seek preliminary and permanent injunctions preventing any bad actor from soliciting to purchase, sell, or participate in the issuance or offer of any security in the future.

However, sometimes the SEC’s actions to enforce federal securities laws work to the detriment of EB-5 investors seeking permanent residency in the U.S. This is because the EB-5 project needs the funds in the frozen bank accounts to create jobs in compliance with the business plan submitted to USCIS. The SEC may ultimately protect the investor’s money, but it could come at the cost of a green card. The investigation of a regional center and/or EB-5 investment project may also result in USCIS withholding adjudication of associated Form I-526 petitions and Form I-829 petitions until the SEC has developed an adequate understanding of the facts of the case.

Notice of Intent to Terminate a Regional Center

USCIS has placed EB-5 project oversight responsibilities on the shoulders of regional centers that are required to exercise due diligence, monitoring, and supervision. When USCIS becomes aware of the existence of any facts that may threaten the integrity of the EB-5 program or take advantage of EB-5 immigrant investors, it will take corrective action in the form of a Notice of Intent to Terminate (“NOIT”).  On July 28, 2016, Chief Colucci indicated that:

“With the regional center designation comes great responsibility and trust. And when that trust is broken, USCIS is committed to holding the responsible individuals and entities accountable.”[4]

As of August 31, 2016, USCIS had terminated 62 regional centers.[5] In the event a regional center is also subject to an investigation by the SEC, it is likely that USCIS will use information obtained by the SEC in the NOIT or in its final determination.

Denied Form I-526 Petitions and Form I-829 Petitions

Sometimes a business is unable to carry out its business plan or fails for legitimate reasons.  In these situations, while there is no SEC involvement, it’s possible that an immigrant investor could lose his or her investment and could not obtain permanent residency in the U.S. EB-5 capital may be lost forever if an EB-5 investment project fails, files for bankruptcy, or when the property is subject to creditors/lien holders.

An EB-5 investor should have a solid understanding of why the EB-5 project failed. This requires full disclosure of the facts and circumstances surrounding the failure by the EB-5 project and regional center. In certain cases, it may be possible to argue in the Form I-829 petition that, notwithstanding any “material change” to the business plan contained in the Form I-526 petition, that the immigration application was filed in good faith and that the requirements for the removal of conditions have still been satisfied. Note also that the return of investment proceeds to the EB-5 investor prior to Form I-829 approval will result in the denial of the Form I-829.

Right now, individual Form I-526 petitions and Form I-829 petitions are at risk if based on an investment in a regional center under SEC investigation or subject to a NOIT, even if there has been no final decision by SEC, USCIS, or the federal court judge assigned to the SEC case. It is possible that USCIS could deny every Form I-526 petition and Form I-829 petition associated with an EB-5 investment project if it used EB-5 capital for purposes other than stated in the business plan. It also appears to be USCIS’ current policy that a change of the sponsoring regional center constitutes a “material change” that would result in the denial of a Form I-526. Additionally, any EB-5 capital diverted and used for regional center expenses or other expenses unrelated to the job-creating project will result in problems for Form I-526 petitions and Form I-829 petitions.

A bigger problem for EB-5 investors with pending Form I-829 petitions exists because the EB-5 funds have already been released from escrow and likely spent by the project, so the immigrant investors are left to rely on the regional center or EB-5 project for assistance. While USCIS generally does not review at the I-829 stage certain aspects of the Form I-526 petition (business plan, economic analysis supporting job creation), the EB-5 Adjudications Policy states that “a previously favorable decision may not be relied upon in later proceedings where . . .  there is evidence of fraud or misrepresentation in the record of proceeding, or the previously favorable decision is determined to be legally deficient.”[6]

For cases associated with a regional center in which funds have been stolen or misused, USCIS will argue that there has been a “material change” in the business plan, or at the very least, a material change in the use of EB-5 capital that materially impacts the business plan and resulting job creation estimates. If the full amount of EB-5 investment funds, as indicated in business plan submitted at the I-526 stage, is not made available to the business most closely responsible for creating employment, USCIS will also argue that the immigrant investor has failed to continuously maintain or sustain his or her investment through the period of conditional residence. Unfortunately, due to long EB-5 visa backlogs for Chinese investors, more opportunities exist for USCIS to argue there has been a “material change” from the business plan submitted at the Form I-526 stage.  Practical guidance from USCIS on what constitutes a material change is still needed.

The most recent EB-5 reform bill, H.R. 5992, the American Job Creation and Investment Promotion Reform Act of 2016, contemplates some relief for investors associated with troubled regional centers or failed businesses. It states that upon termination or debarment of a regional center, new commercial enterprise, or job-creating entity from the EB-5 program, a conditional lawful permanent residency shall continue to be authorized for 180 days, to give some time for investors to make investment decisions.

Additionally, the American Job Creation and Investment Promotion Reform Act of 2016 states that in the event there is an enforcement action taken by the SEC or the attorney general against a regional center, new commercial enterprise, or job-creating entity for fraud-related purposes, all Form I-526s and Form I-829s may be held in abeyance until final resolution of the case.  In such circumstances, an EB-5 investor could also amend his/her Form I-526 or I-829 without such facts underlying the amendment being deemed a material change and retain the immigrant visa priority date related to the original petition. Finally, any funds obtained or recovered by an EB-5 investor can be used for a subsequent EB-5 investment.

It will be interesting to see whether Congress will include any additional protections to EB-5 investors who invested in troubled regional centers or failed projects.

Immigrant investors have limited options when a regional center or EB-5 investment project is under SEC investigation, subject to a NOIT, or has a failing business. It is imperative to retain experienced EB-5 counsel in these situations to best protect the green card case.