EB5 Investors Magazine is pleased to announce the Top 5 Economists. To be eligible, distinguished economists needed to draft economic impact studies for the EB-5 industry.

For more information or to contact any of these professionals, we invite you to view their listings at www.EB5Investors.com/directories. 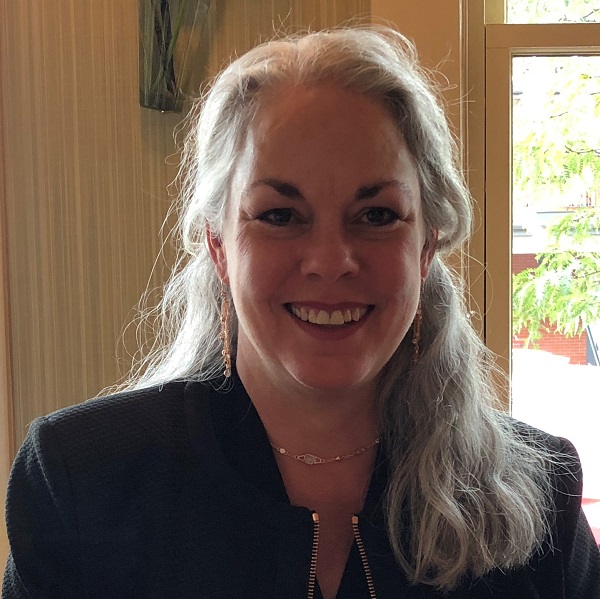 Kimberly Atteberry is the president of Vermilion Consulting LLC.  Vermilion helps various organizations leverage the benefits of the EB-5 Immigrant Investor Program.  Vermilion provides expert advice on project feasibility, EB-5 compliant business plans, job creation analyses, and targeted employment area analyses. Prior to Vermilion, Atteberry was the chief economist of U.S. Citizenship and Immigration Services.  In 2000 and 2002, she taught economics and marketing at the United States Air Force Academy as one of a select group of civilian instructors.

In 2009, I was hired by USCIS as the agency’s first economist. After a short time there, I was asked to launch and lead a new division within USCIS focused on economic and statistical analysis. While my duties ranged from procurement oversight, regulatory analysis to special projects for leadership, my most interesting task was to train and advise EB-5 adjudicators on economic impact studies, business plan review and unemployment analysis. Once I left government employment, it made sense to incorporate EB-5 work into my overall consulting practice.

What new types of projects and trends are you seeing in the EB-5 industry?

The new regulations finalized by USCIS have had an impact on the industry. The initial impact was a decline in overall EB-5 activity. However, we are starting to see a little more movement. The tightened TEA restrictions are clearly impacting the geography of EB-5. While the higher investment amounts have dampened demand initially, as investors acclimate and have time to move capital abroad, we hope to see more activity. The higher investment amount is not all bad news—investors can create more jobs with their investment at the new level. 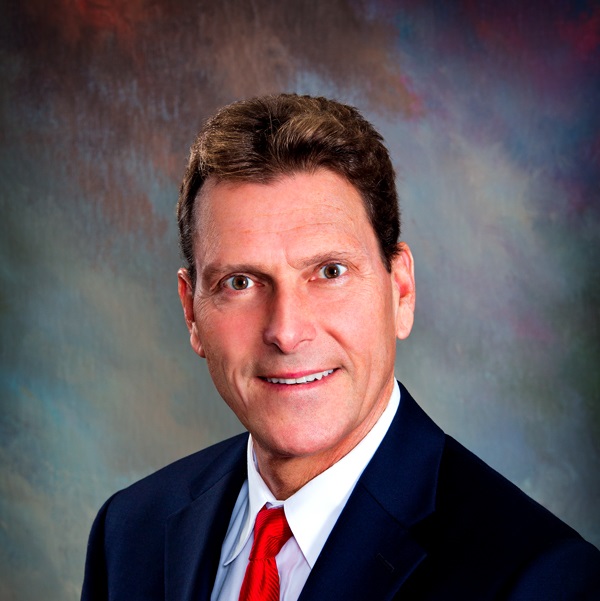 Scott W. Barnhart is president of Barnhart Economic Services LLC, a consulting specializing in EB-5 and non-EB-5 economic job creation studies, business plans, TEA designations and legal consulting services. Barnhart is also a co-owner of Florida First Regional Center and New York City EB-5 Regional Center. His consulting firm has supported I-924 regional center applications, I-924A and I-829 job reporting for dozens of regional centers, resulting in more than 800 jobs created and TEA reports submitted to USCIS. To date, the firm has analyzed a wide variety of projects with capital expenditures of more than $18 billion, associated gross revenues of $11 billion and job creation estimates of over 400,000 jobs.

Complete chance! I am a professor of finance at Florida Atlantic University and met my first client as an EB-5 economist in 2007 through one of my students. I was connected to Alan Hodges, who was the director of Economic Impact Analysis at the University of Florida, and we have been conducting economic impact analyses for regional center projects and clients ever since.

We have seen a massive slowdown in new project work. Most in the industry have seen this slowdown coming but were hopeful for some legislative or other change to prevent it. The industry is still getting familiar with the new investment amounts, and especially the TEA changes. The TEA changes seem to have had the most impact on project marketability. Many of our projects, and those in the industry as a whole, have been severely affected by the TEA definition change. Many projects had this occur midstream during their fundraising campaign, or even after all the document preparation had been completed but prior to any fund-raising activity. All of this said, we have seen a continuation of a smaller pipeline of projects of the traditional type. We are all hoping for some positive changes that will help the industry recover. 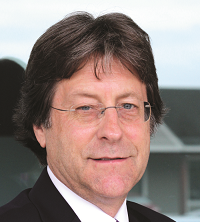 Jeffrey Carr is the president and senior economist of Economic & Policy Resources, Inc. He has more than 35 years of experience as an economist, analyst and business plan writer. Carr has worked in the U.S. Congress as well as under several governor administrations in the State of Vermont. In addition to his applied economics practice, Carr has lectured on the EB-5 program throughout the U.S. and China, and has completed more than 275 assignments under the program, including impact studies, business plans, TEAs and regional center business operation plans. He has been involved with IIUSA’s public policy committee since 2013.

Although our initial involvement in EB-5 began in the late 1990s, our company first entered into the industry as a service provider in 2004 when a project developer asked for assistance to apply for a regional center in Florida. This work was a logical extension of our national track record of completing economic impact studies and providing expert witness testimony for cases throughout the country. The more experience we gained with EB-5, the more we were committed to helping immigrant families coming to the U.S. while creating hundreds of thousands of jobs for U.S. workers and raising billions of dollars in capital.

Under the new DHS regulations, we are seeing a lot of initial, “kick-the-tires” inquiries from newcomers, and experienced project developers seem to be developing smaller projects. As long as there are lawsuits to suspend the regulations and congressional legislative reform proposals pending, there will be some reluctance to jump back fully into the program. One of the biggest areas of uncertainty in EB-5 fundraising is the concern about the new TEA rules and the inability to get a definitive answer out of the USCIS about a project’s TEA eligibility until the first formal USCIS adjudication on a project is completed. 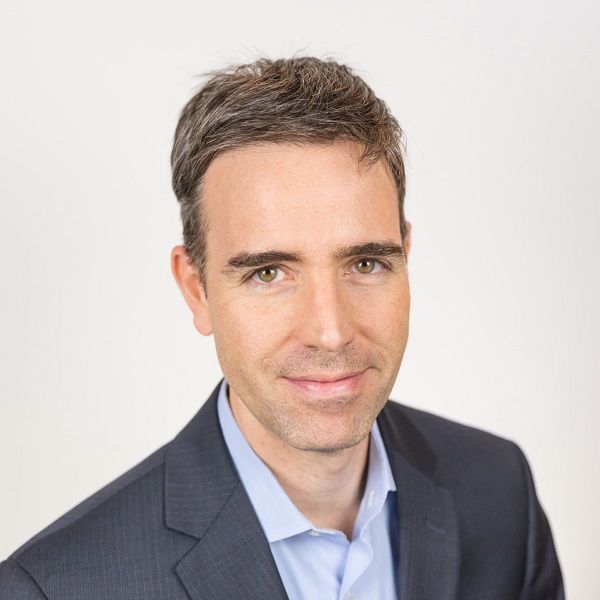 Ismael Fernández, originally from Madrid, Spain, is the founder and president of Greengate Consulting, an Atlanta-based consultancy firm. With a Ph.D. and an MBA from the Georgia Institute of Technology, Fernández, a published author in the field of technology valuation, extended his career into the EB-5 space as an economist given his experience in financial modeling. Prior to funding Greengate, Fernández was a senior manager at General Electric, leading a global team forecasting demand for gas turbine parts, a $1 billion business. Since 2010, Fernández has assisted hundreds of firms to get established in the U.S. and secured dozens of I-526, I-924, and I-829 approvals for its clients.

For me, the EB-5 industry was a natural extension to the practice I founded when leaving GE. Given my background and origin, I fit well in the shoes of foreign investors looking to migrate to the U.S. for business purposes. My practice aimed at those families that were seeking to start their own business in the U.S. I quickly learned about the requirements of the EB-5 regional center program and got really excited about economic modeling in 2012. Since I was accustomed to building complex financial models for engineering decision making, I found EB-5 economic models a natural extension to my education and skillset.

What new types of projects and trends are you seeing in the EB-5 industry?

I try to be optimistic about the market. After all, the U.S. continues to be the largest economy of the world and the most robust in the face of uncertainty. I think the age of large regional centers controlling the market has ended due to the increased cost of the market. Investors are going to demand a lot more for their money, such as a larger return or being part of the project, since the investment amount has more than doubled considering the exchange rates in many currencies. Projects that are in a TEA will have a considerably higher competitive edge, so this is the time for rural projects and genuine high unemployment areas to thrive with the EB-5 program. 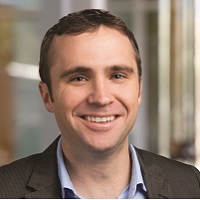 Michael Kester is partner and lead EB-5 economist with Impact DataSource. Established in 1993, Impact DataSource, a Texas-based firm, specializes in high-quality economic and fiscal impact research services. The firm began offering specialized EB-5 services in 2010 and has become a leading resource for the industry. Kester leads the firm’s specialized EB-5 economics team that offers EB-5 consulting services, analyses and deliverables that reflect the evolving needs of EB-5 clients and the ever-changing requirements of USCIS. The EB-5 team has completed more than 500 comprehensive EB-5 economic studies and assisted clients in obtaining more than 1,000 TEA certifications.

Leveraging its more than 20 years of experience, Impact DataSource entered the world of EB-5 service providers in 2010 focusing on economic analysis, when an existing client asked us to help on an EB-5 project. We were able to leverage our background to help that client on our first successful EB-5 project. Impact DataSource’s EB-5 team now consists of dedicated and specialized EB-5 economists assisting a variety of clients in completing their EB-5 documentation and meeting their goal of creating American jobs and growing the nation’s economy.

Since the new regulations took effect, we are getting many inquiries to analyze TEA eligibility of potential project locations. However, right now, not a lot of projects are moving forward. As the industry adjusts, I think we'll likely see more smaller projects as opposed to the huge real estate projects of the past. It is possible we might see more rural projects, such as solar power plants and infrastructure, but right now we have not had too many inquiries about rural locations. I believe we might see more project types where the site selection is more flexible than a real estate-based project, such as technology companies.