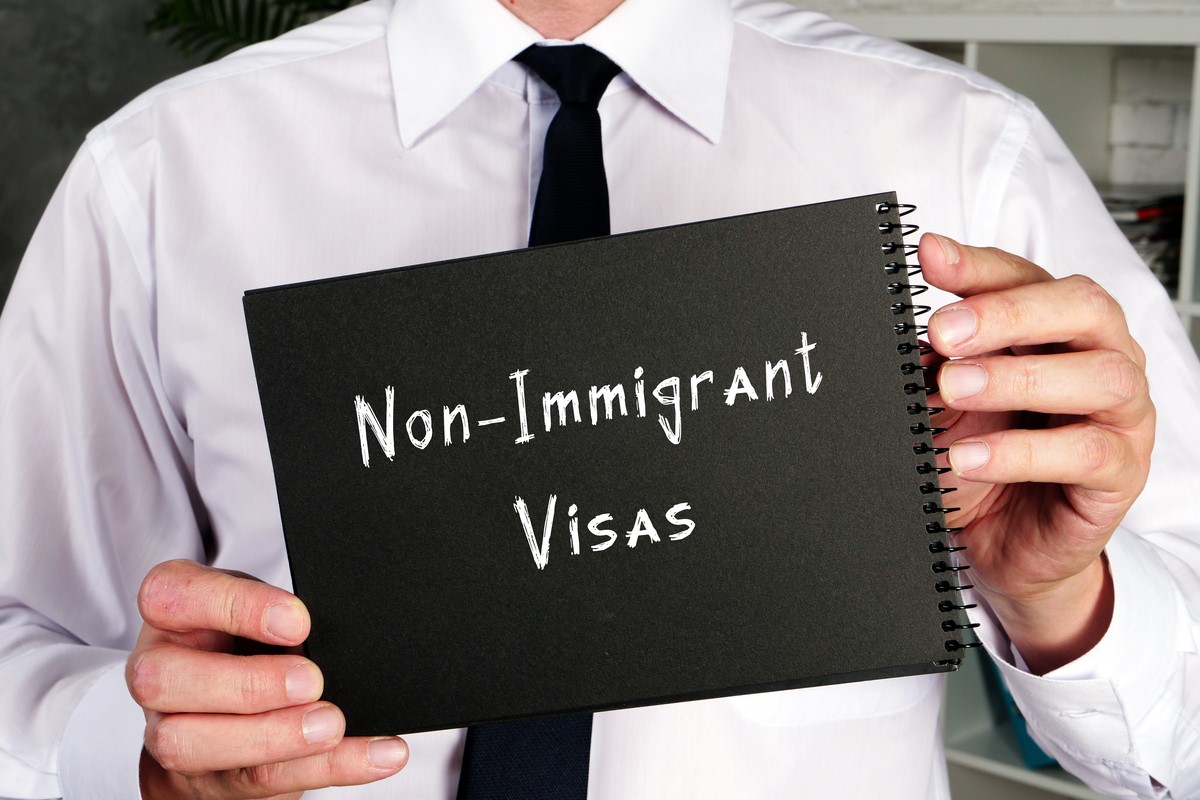 Many attorneys’ clients, who are here on E-2, H-1B or L-1 working visas, are looking to get permanent resident status through an EB-5 investment.  How can they best “convert” to EB-5 status from these non-immigrant visa (NIV) statuses, with EB-5 as an alternative strategy for existing clients or with NIV as an untapped market for EB-5 project developers and others?

An E-2 nonimmigrant treaty investor is a citizen of a country, which has an investment treaty in place with the United States providing reciprocal benefits to investors from each country.

The E-2 treaty investor visa regulations do not specify a minimum investment amount. Rather, they require a “substantial” investment. Substantiality employs a proportionality test to compare the amount of the E-2 investor’s investment to the total cost of establishing a new enterprise or purchasing an existing enterprise. The closer the investment amount gets to 100 percent of the required capital, the more likely it will be considered substantial. Most E-2 investments are at least $100,000, but some are approved at lower amounts.

The EB-5 minimum investment amounts were $500,000 for a targeted employment area (TEA) and $1 million for non-TEA in April, 2018. The location of the new commercial enterprise for TEA designation purposes is determined by where it is principally doing business.

An E-2 investor must establish the nationality of the commercial enterprise by showing that he or she owns at least 50 percent of the shares of the company.

Therefore, an investor from a treaty country who wishes to immigrate and become a U.S. permanent resident likely will be applying for a direct EB-5 because regional center EB-5 projects do not allow an investor to hold at least 50 percent of the shares in the new commercial enterprise.

There is no nationality requirement for EB-5. The country of birth is relevant to all immigrant visa applicants because that is the country of chargeability for determining immigrant visa number availability based upon statutory per-country limits. China is oversubscribed. Vietnam and India are not far behind. Unfortunately, the United States does not maintain an investment treaty with any of these countries.

E-2 regulations require that the investment must be more than “marginal,” which means that the company must have the present or future capacity to generate more than enough income for the investor or demonstrate that it will create a positive economic impact on the local economy. For new E-2 businesses, this requirement is met by showing a business plan that projects either high profits or at least some employment creation within the first five years of business operations.

An EB-5 business plan, on the other hand, has more strict and different requirements, such as the requirement to demonstrate at least 10 full-time positions will be created for qualifying U.S. workers within the two-year conditional period of permanent residency. An attorney representing an investor client who is considering an E-2 first and a potential EB-5 later would be well-advised to have the E-2 business plan written with the EB-5 requirements in mind.

Another requirement for both E-2 and EB-5 is to demonstrate the lawful source of the invested capital. Again, the E-2 and EB-5 requirements are slightly different, but as in the case of the business plan, the EB-5 requirements for lawful source of funds are more stringent than for an E-2. Therefore, in documenting an initial E-2, an attorney might consider going the extra mile in requesting detailed documentation on the source and path of the investor client’s E-2 funds, just in case an EB-5 might be in the client’s future. If the E-2 invested funds are contemplated to be counted in a later EB-5 case, it would be wise to comply with the EB-5 source of funds documentation requirements.

A change of status to E-2 can be completed in as little as 15 days using USCIS’ premium processing service. If approved, the result will be E-2 status for two years. There is no personal interview for a change of status. The E-2 visa application process, including a personal interview, can be completed in most cases within six to eight weeks, depending upon the particular U.S. embassy or consular post handling the visa application.[1] The maximum validity period for an E-2 visa is five years, but it can be shorter depending upon the reciprocity reports for the applicant’s country of nationality. Each entry on an E-2 visa is valid for two years of E-2 status in the United States.

Since I-526 petition processing by USCIS averages about two years and does not allow concurrent filing of an I-485 adjustment of status application, an E-2 visa will allow an investor to enter the United States much more quickly and begin developing and directing the operations of the business.

E-2 IS NOT A DUAL INTENT VISA

E-2 status or visa extensions while an I-526 petition is pending may be complicated because of the requirement to disclose, either on the I-129 in the case of a status extension, or, on the DS-160 in the case of a visa renewal, the existence of an immigrant petition. A USCIS officer or State Department consular official could take the position that an E-2 treaty investor applicant is ineligible for a nonimmigrant visa category under INA 214(b) because the applicant is an intending immigrant.

The response to such an official should be that 8 C.F.R. 214.2(e)(5) states: “An application for initial admission, change of status, or extension of stay in E-2 visa classification may not be denied solely on the basis of an approved request for permanent labor certification or a filed or approved immigrant visa preference petition.” Note that this argument should be made in the case of an application before USCIS; the State Department’s E-2 visa rules under Chapter 9 of the Foreign Affairs Manual (FAM) do not contain such language and the consular officer may still deny the E-2 visa renewal under INA 214(b).

Advise your client accordingly to avoid him or her being stuck outside of the United States, waiting for immigrant visa processing of the EB-5 case, thus placing the operations of his or her U.S. business at risk.

An EB-5 investor, however, is a lawful permanent resident (even if conditional) and is subject to certain presumptions which may result in the EB-5 investor unintentionally abandoning his or her U.S. resident status should he or she spend too much time (more than 180 days per trip) outside of the United States.

BEWARE OF THE TAX MAN

An E-2 investor, who may or may not become subject to U.S. tax laws, should first receive expert tax advice prior to considering an adjustment of status or immigrant visa processing to become a U.S. permanent resident. The reporting of worldwide income and assets required of U.S. residents might be something a particular E-2 client would just as soon do without.

EB-5 AS AN ALTERNATIVE TO PERPETUAL H-1B EXTENSIONS

In the case of an H-1B worker born in India, the EB-5 category can be a powerful alternative to filing H-1B petitions every one to three years while waiting for an EB-2 or EB-3 immigrant visa number. The waiting time for a current priority date/available immigrant visa number for a worker born in India was over nine years for EB-2 (advanced degree) and over 10 years for EB-3 (skilled or professional worker) in the spring of 2018.

The caveat here may be that as more Indian-born EB-5 investors file their I-526 petitions and move through the case processing pipeline, the likelihood grows that a visa number cutoff date will become necessary and that Indians may face a visa number retrogression that’s similar to the Chinese, but likely to a lesser degree. Until that time, Indians with H-1Bs will continue to consider EB-5 as an option.

L-1 AS AN ALTERNATIVE TO PERPETUAL EB-5 RETROGRESSION

The movement to EB-5 from nonimmigrant categories is tempered by a growing interest and movement of China-born investors away from EB-5. A popular alternative for some recent China EB-5 investors, who currently face a decade or more wait for an available visa number, is the L-1, the intracompany transferee in a managerial or executive position. Not all EB-5 investors will qualify as a manager or executive under the U.S. immigration laws, so care should be taken to properly screen for eligibility.

MARKETING EB-5 TO UNIVERSITIES AND EMPLOYERS

Subject to compliance with all U.S. securities laws and regulations, EB-5 marketers and developers may find willing audiences in the United States interested in EB-5 as an alternative to the non-immigrant visa categories listed above.

Fertile ground for such efforts may be found in universities, where F-1 students graduating and beginning to navigate the OPT or H-1B arenas may be able to ask parents or relatives to fund their EB-5 case, allowing them to stay in the United States with permanent residency and not be tied to a particular employer.

Another potential area could be the employers themselves. While on the one hand, employers with large numbers of H-1B workers might seem to not have any incentive to pass information to their workers about how to obtain permanent residency, with education from EB-5 developers and immigration attorneys, these employers may see this as a value-added employment benefit to their pool of eligible employees.

It is incumbent upon the EB-5 stakeholder community to educate employers and other potential sources of EB-5 investors in a professional and accurate manner.

Fredrick W. Voigtmann, a graduate of The Ohio State University and Capital University Law School, owns the Law Office of Fred Voigtmann, P.C. with offices in Woodland Hills and Arcadia, California. He is admitted to practice law in Ohio and California. Voigtmann’s practice offers legal services for investors, employers and regional centers, and he is a mentor and advisor to immigration attorneys. He has written articles on immigration and spoken on various employment-based immigration issues.