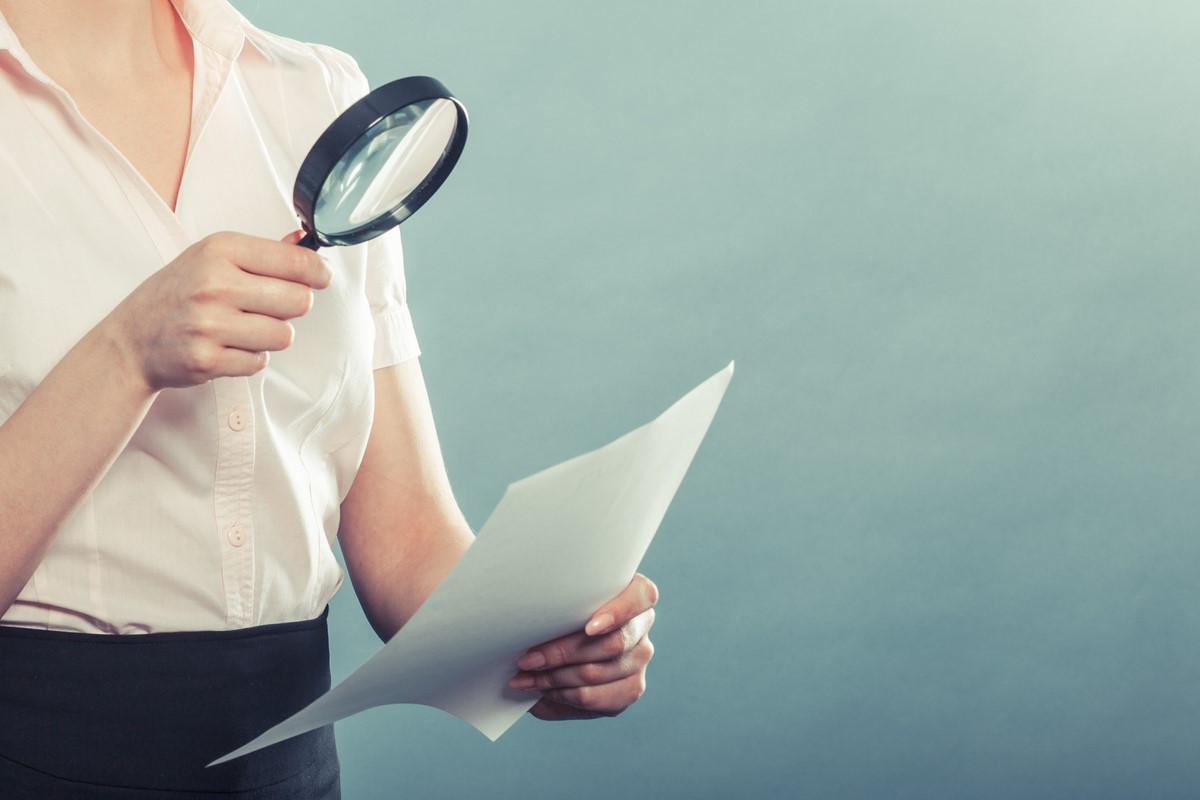 How much should EB-5 migration agents make? Would $100 million in fees seem reasonable? Should EB-5 investors know that migration agents may earn fees amounting to, in some cases, 20 percent of the EB-5 investment? A recent EB-5 lawsuit – this one brought by EB-5 investors in the second phase of the SLS hotel project in Las Vegas – alleges fraud and numerous other claims, including claims relating to the nondisclosure of over $150 million in commissions, fees, salaries and other expenses. Focusing on the potential securities disclosure violations raised in the SLS case, let’s see how to potentially mitigate claims involving the nondisclosure of migration agent fees and commissions.

The SLS project involved the renovation and repositioning of the Sahara Hotel & Casino into the SLS Hotel & Casino. The project was conducted in two phases, both of which involved an EB-5 raise of up to $200 million that was subsequently loaned to a job creating entity. The lawsuit in question involves the second phase. The EB-5 investor-plaintiffs allege they were defrauded, in part, through the migration agents’ marketing materials and verbal representations, including a deceptive timeline regarding how long it would take for them to receive green cards, false and deceptive job creation numbers and undisclosed or misrepresented uses of funds.

The investors further allege that such fees and expenses were hidden from them, specifically claiming that approximately $22 million in expenses were paid under a management fee agreement that was referenced only in the EB-5 loan agreement without further detailing the amount payable. Worse yet, the management fee agreement was allegedly not provided to investors until just before the lawsuit was filed. The lawsuit also states that fees were hidden within the hotel’s financial statements under headings such as general operating expenses, pointing to a specific entry that shows the hotel seemingly spent $20 million on stationery.

The plaintiffs go on to allege deception regarding financing costs and claim the business plan represented that EB-5 loan proceeds would be used to reduce the project’s existing debt obligations. The defendants would thus be left with decreased debt financing costs and sufficient capital to operate the business, which would seemingly allow the defendant to repay the EB-5 loans as represented to investors. The investors claim this representation was false and deceptive because the interest rate on the EB-5 loans (i.e., 0.5 percent), once coupled with management and other immigration-related fees, actually exceeded the financing costs that defendants would have incurred in connection with the project’s existing debt obligations. In short, the management and other fees payable by defendant actually increased the defendant’s overhead expenses and stymied their ability to repay the EB-5 loans.

The Private Placement Memoranda (PPM) for both SLS phases provide for an administrative fee of $45,000 per investor, ostensibly to cover offering costs, migration services and marketing fees. The PPM for the second phase even states that the developer would provide a loan to the NCE of up to $100,000 per year during the term of the EB-5 loan, payable from independent funds, for the purpose of paying all general and administrative expenses incurred by the NCE.

The civil complaint nevertheless alleges that $50 million was paid to a migration agent, with an additional $50 million still owed to such agent. This means administrative fees from all 400 investors could not have been the only source of such payments—the administrative fees would only cover approximately $18 million of such fees, with the remaining $82 million being payable from an undisclosed source other than administrative fees and developer’s loan. In such case, the failure to disclose the source and amount of such fees may be deemed a material omission that could violate federal securities laws, especially given that a reasonable investor may have considered such information important in deciding whether to invest in the project.

Although the PPMs do state the EB-5 loan may be used to fund the costs and expenses of the project, the PPMs also expressly correctly state that investors’ capital contributions would not be used to pay for finders’ fees. As such, to the extent investor funds were, in fact, used to fund the difference between the fees paid to the migration agent, such payment would likely constitute a material misstatement that would constitute a violation of federal securities laws. This remains to be proven.

The PPMs also contain a section on finders’ and other fees, which details that payments may be made to finders as follows:

The Company, the Class A Manager, the Developer and/or any of their respective affiliates may pay a fee to persons, sometimes known as “finders,” in consideration for identifying or introducing the Company and the Project to individuals interested in the EB-5 Pilot Program. Such finders are not affiliates of either the Company or the Developer. Notwithstanding the payment of any fee, such finders are not agents or representatives of the Company, and the Company is not bound by any statements, agreements, or representations made by such finders. No portion of an Investing Member’s Capital Contribution shall be used to pay any finder’s or similar fee.

This disclosure appears to adequately describe the role of a finder. However, the disclosure does not address that payments to such finders may significantly exceed the amount of administrative fees, what additional sources of funds would be used to pay finders’ fees, or even provide an anticipated range of the fees payable to finders. Since roughly $100 million in fees payable to migration agents may be considered important to a reasonable investor, this disclosure perhaps fails to adequately disclose the amount and extent finders’ fees.

However, the blame for failure to adequately disclose fees does not necessarily fall squarely on the project principals’ or their attorneys. One common roadblock to clear disclosure stems from the lack of actual knowledge regarding the exact amount of fees that will be paid at the time the offering documents are finalized. This typically occurs because, to gauge interest in the project, offering documents must be prepared prior to being presented to migration agents. As a result, project principals often do not know the amount or extent of migration agent fees at the outset of the project. This of course does not excuse proper and timely disclosure, but it does frame the timing issue with respect to fee disclosure. Regardless, best practice would dictate that offering documents be amended or supplemented once migration agent fees become known. However, another roadblock is that migration agents often vehemently oppose disclosure of their fees, which presents serious legal and practical business challenges.

Similarly, there is even an issue with including a range of anticipated agent fees because such disclosure may impair the new commercial enterprise’s (NCE) ability to negotiate fees in the future, as it may set an expectation (or worse yet, the standard) for the project’s migration agents moving forward. Practically, this could place the NCE at a competitive disadvantage, which is only exacerbated when the NCE uses more than one agent.

Also, at the heart of the issue is that overseas migration agents, who can sometimes make up to $200,000 per investor over the typical term of the EB-5 investment, generally may not come within the purview of the Securities and Exchange Commission (SEC), whether for jurisdictional reasons or otherwise. As a result, migration agents may not fully focus on or completely understand U.S. securities laws prohibitions against material misstatements and omissions and the negative impact that an SEC claim would have on a project. Importantly, even if the SEC would have difficulty asserting jurisdiction over foreign-based migration agreements, that does not mean the SEC has no remedies against the NCE and its principals for the acts of the NCE’s agents (but that is a topic for a different article).

Regardless of the context, however, federal securities laws are premised on the notion that investments should be based on full disclosure of the information necessary “to bring into full glare of publicity those elements of real and unreal values which lie behind a security.”[1] These laws focus on mandating the disclosure of material information. For example, Rule 10b-5 of the Securities Exchange Act of 1934 (Exchange Act) prohibits disclosing any untrue statement of material fact, or the omission of a material fact that is necessary to prevent statements already made from becoming misleading, in connection with the purchase or sale of securities.

The standard for materiality is whether there is a substantial likelihood that a reasonable investor would consider the misstatement or omission important in deciding whether to purchase or sell a security.[2] The Supreme Court has held that a misstated or omitted fact is material if a reasonable investor would have viewed it as significantly altering the “total mix of information made available.”[3]

Even though there is no bright-line rule for materiality, securities issuers that strictly comply with certain safe harbors may shield themselves from liability. One such safe harbor is the judicially-created “bespeaks caution” doctrine, under which forward-looking information will generally not be deemed material if it also has sufficient cautionary language.[4] For cautionary language to meet the requirements of this doctrine, such language “must be substantive and tailored to the specific future projections, estimates or opinions” at issue.[5]

In the context of the EB-5 program, the SEC has filed enforcement actions against securities issuers and their principals for violating the materiality provisions of the federal securities laws. Many of these SEC enforcement actions involved allegations of diversion of capital invested by EB-5 investors for other uses, including project principals’ personal use.

In a recent civil case, the SEC alleged that at least $7.5 million was diverted from investor capital contributions to pay overseas marketing agents. Although the project disclosed that a syndication fee payable by investors ranging from $40,000 to $60,000 would be used to pay expenses related to the offering, including finder’s fees to migration agents, the complaint alleges that actual syndication fees collected totaled $8.9 million, which was insufficient to pay the over $16 million in finder’s fees paid by the project, resulting in a violation of Section 10(b) of the Exchange Act and Rule 10b-5.[6]

The SEC laws, rules and regulations are complicated, but ultimately, they are designed to protect investors by attempting to ensure that offering documents contain full and fair disclosure and that brokers and others that have a “stake” in the sale of securities in exchange for a commission or fee both meet certain educational requirements and pass background checks. Foreign-based migration agents are not generally subject to the SEC jurisdiction. As such, the SEC broker dealer rules may not apply to them. Nonetheless, investors in the process of determining whether to invest in an EB-5 project should be aware of the various actors involved in the process, the roles they play and the compensation they may receive. After all, they are entitled to this information. When evaluating a particular project, investors should know that migration agents may be in a position to make substantial fees and thus are a salesman that have a “stake” in the investor’s decision. As such, investors should undertake a comprehensive review of the project using experienced EB-5 securities counsel to make an informed and independent decision on the merits of the investment.

Osvaldo Torres is a securities attorney who heads his own firm, Torres Law, P.A., a practice in South Florida that works in corporate, securities, and media law. His 20 years of legal experience includes ensuring that EB-5 deals and contracts are in accordance with U.S. investor immigration laws. The HBO Latin American Group and the Telemundo Group, Inc. are among his most well-known clients. Osvaldo Torres is bilingual in English and Spanish.