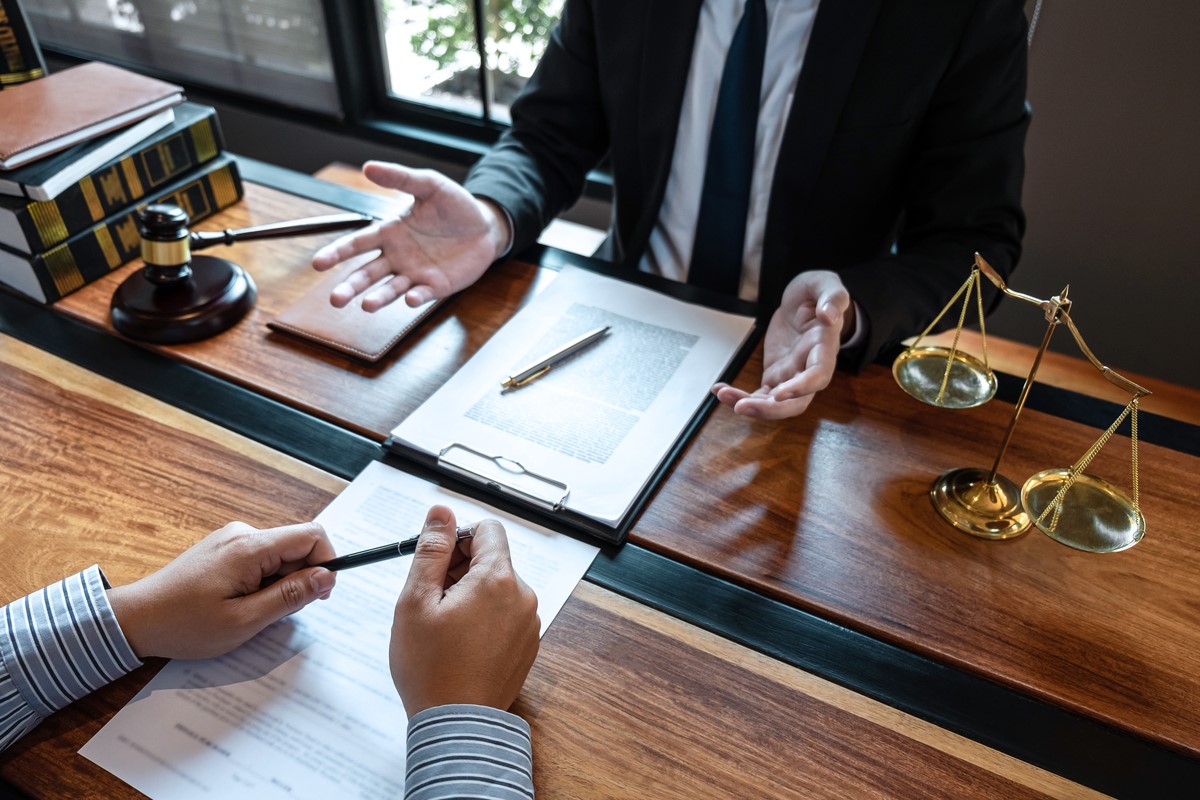 Guests arriving at the SLS Las Vegas, on the north end of the Strip, are greeted by a huge silver statue of a cartoonish creature, informally dubbed the “Happy Blob,” its stubby arms aloft and its pillowy lips frozen in a cheerful grin. Behind the scenes, though, the hotel’s developers and investors aren’t doing much smiling.

To fund the SLS Las Vegas, a redevelopment of the storied Sahara Hotel & Casino, developers raised $399 million from 798 EB-5 investors, in one of the biggest EB-5 projects to date. But the development has since been plagued by management problems, political scandals, cost overruns, and revenue shortfalls. In late 2017, its owner Stockbridge Capital Partners sold the struggling property to Meruelo Group, the owners of Reno’s Grand Sierra casino.

The lawsuit presents a variety of claims against project developers, alleging that they misappropriated investors’ funds, wrongfully promised at least $100 million in EB-5 funds to migration agents, inflated job-creation numbers, and knowingly entered into a restructuring arrangement that would put EB-5 investors’ green cards at risk.

SLS owner Stockbridge Capital said it was "aware of recent litigation by certain alleged minority investors" and that it "believes such litigation is without merit," according to a company statement. The company "does not expect the litigation will deter the sale," the statement added.

Representatives of the accused companies deny any wrongdoing, and argue that the lawsuit, which was filed by Jeffrey Bell, a California lawyer specializing in EB-5 fraud lawsuits, is a shakedown aimed at eliciting a settlement, rather than a serious attempt to win a court judgement.

“There’s no merit to the case,” a top executive at one of the accused companies told EB-5 Investors Magazine, speaking on condition of anonymity in order to discuss the ongoing lawsuit.

While the executive has an interest in downplaying the factual basis for the lawsuit, documents acquired by EB-5 Investors Magazine raise questions about some of the investors’ allegations.
On March 22, the Nevada Gaming Commission approved the transfer of ownership of SLS Las Vegas Hotel and Casino to the Meruelo Group. However, the acquisition was not completed by the print deadline of EB5 Investors Magazine.

The key claim that the restructuring jeopardizes investors’ EB-5 immigration applications is hard to definitively assess, but a report prepared for the developers in October by former USCIS EB-5 program chief Maurice Berez, now an EB-5 consultant, found that a restructuring would likely cause only a “minimal delay” in USCIS’s processing of the investors’ cases, and was unlikely to be deemed a “material change” capable of derailing their applications.

A bankruptcy, which developers say was the only realistic alternative to the restructuring, would be more likely to cause delays or more serious problems, especially if investors had any portion of their EB-5 investments returned to them by liquidators, Berez argued.

The company executive asserts that, contrary to the lawsuit’s claims, the various defendants worked hard to ensure the restructuring and transfer of ownership to Meruelo Group wouldn’t adversely impact the EB-5 investors. Besides giving the investors a shared 20 percent equity stake in the SLS Las Vegas, the final deal included commitments by the new owner to support the investors’ immigration applications, and other measures designed to ensure the restructuring didn’t adversely impact investors’ pursuit of green cards.

“It’s something, we were able to structure and negotiate with the new ownership,” the executive said. “I cannot tell you how challenging that was. It was nearly impossible, but we got it done.”

Crucially, the SLS Las Vegas needed to create a total of 7,980 jobs to cover every EB-5 investor’s green card application, so the lower total would have left some investors potentially unable to obtain green cards.
The lawsuit implies that the two numbers were generated at the same time, with the higher number — dubbed “false and deceptive” in the lawsuit — disseminated to mislead investors about the project’s real job-creation impact.

In fact, though, the 7,600 number relates to a 2015 report in which 7,694 jobs were found to have been created by the SLS Las Vegas project. The 8,100 estimate derives from a report prepared two years later, when 8,157 jobs were found to have been created, including additional jobs created after the preparation of the 2015 report. Both reports were prepared by Michael Evans of Evans, Carroll & Associates, an economic consultant with experience assessing EB-5 projects, who did not respond to requests for comment.

Bell, the plaintiffs’ lawyer, told EB-5 Investors Magazine that the defendants continued to use the 2015 number for USCIS filings even after circulating the 2017 report to investors.

“That’s what they’ve been filing with all the 829s, even after they came up with this new report,” he said.

In fact, the company executive said, the 2017 report is the most accurate number available, and has been submitted to USCIS for adjudication. An assessment prepared for the developers by immigration lawyer Ronald Klasko argues that the 2017 report uses the same methodology as past SLS Las Vegas reports, and is therefore likely to be accepted by USCIS as evidence that enough jobs were created to satisfy the application requirements for all the project’s EB-5 investors.

Berez, the former EB-5 program director, also found that all 798 of the SLS Las Vegas’s EB-5 investors appeared to have met the requirements for a successful I-829 submission based on both the duration of their investments and the jobs the project had created.

The lawsuit’s claims regarding the project’s finances have also raised eyebrows, with insiders challenging investors’ assertions that funds were used for improper purposes.
The lawsuit’s claim that investors’ money was spent in ways that wouldn’t create jobs is not true, according to an EB-5 professional with close knowledge of the SLS Las Vegas case, who has reviewed the project’s audited financial reports and other documents.

“There’s nothing wrong with a dollar of EB-5 money going to a non-job-creating cost, as long as in the totality you’re creating the requisite number of jobs,” the professional said.

The professional also said that the lawsuit’s claim that $100 million in fees had been promised or paid to migration agents, including Henry Global, were hard to substantiate based on the project’s financial reports. While management and fee agreements signed by Henry Global and others did call for some payments, they didn’t come close to the $100 million in fees alleged by the lawsuit, the professional said.

“There’s no way you could possibly get to that number,” the professional said.

The developer’s financial reports do disclose tens of millions of dollars in financial obligations to unnamed migration consultants, although it’s unclear how many of the payments were ultimately made. One person with knowledge of the case said all such payments were suspended in 2015 as the project began to run into financial trouble.

Bell told EB-5 Investors Magazine that the claimed payments were a matter of record.

“These aren’t numbers I’m making up,” he said. “I’ve seen bank records that show a large portion of this money going to someone.”

Bell says that while his clients’ grievances are legitimate, the lawsuit is not primarily about winning financial damages. First and foremost, he says, his clients want to be given full access to the SLS Las Vegas project’s accounts and contracts, and to have a say in any deal that’s made to salvage the project.

“If the hotel is sinking and there has to be a deal made, they want the deal made,” Bell says. But “they aren’t going to sit on their hands and let other people decide what’s right for them,” he adds. “They want to have a voice in what’s happening.”

Bell predicts that the SLS Las Vegas lawsuit will be just one of many future legal disputes involving regional-center EB-5 projects.

“A lot of EB-5 projects are going to have the same problems as they’re extended out and the processing time gets pushed,” Bell says. “You’re going to have more of these happening.”

For his part, the executive at the company named in the suit says that while a subset of investors were certainly aggrieved at the SLS Las Vegas’s poor performance, there’s now little real option but to ride out the restructuring. Lawsuits and claims of fraudulent behavior only make it harder to steady the ship, and increase the chance that USCIS officials, primed to expect problems, will find fault in the investors’ immigration paperwork, he said.

“There are 300 investors already positively adjudicated for their 829s and approved — the other investors continue to be approved, and it’s just a matter of waiting,” he said.

Lawyers for the developers have argued that the investors’ complaints should be heard by an arbitrator, not in civil court. They won an important procedural victory in March, when a Los Angeles judge ruled that an arbitrator should determine whether or not the full case should be sent for arbitration. A status conference is set for Sept. 12.