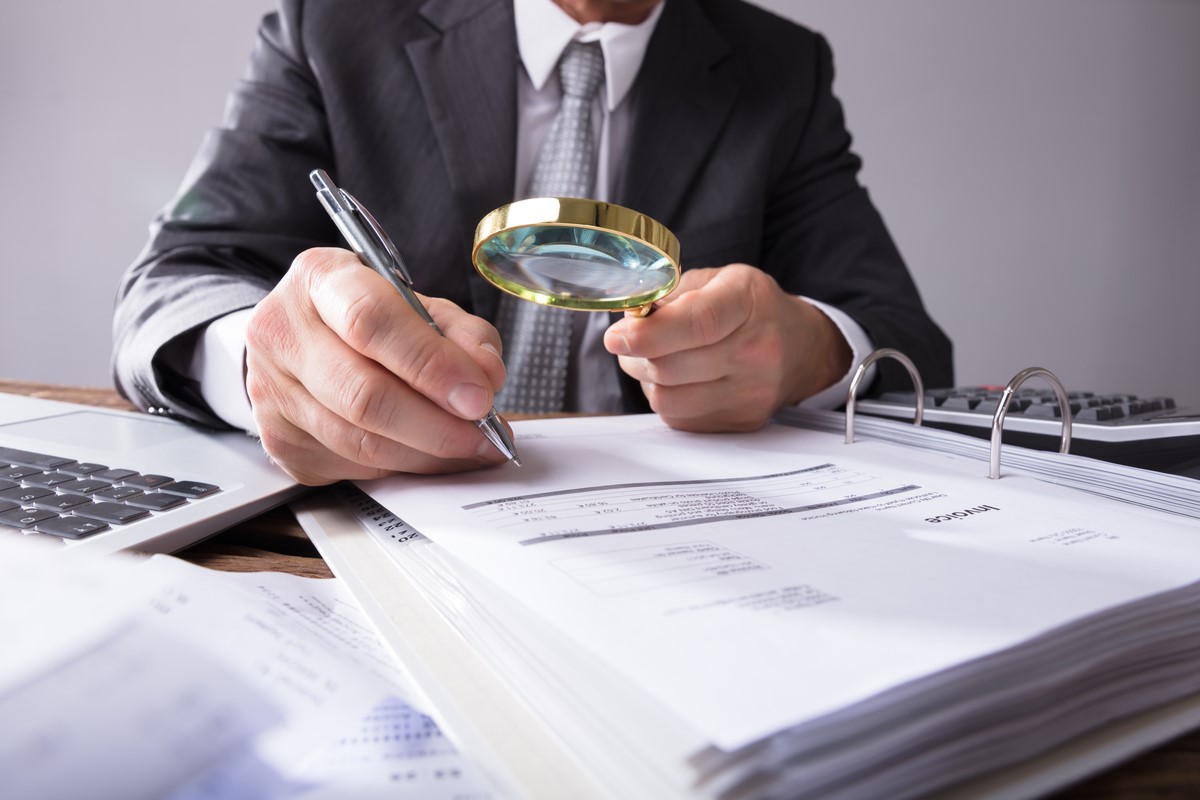 By Rikard Lundberg and Tom Krysa

Corporate and securities attorneys are often asked two common questions in EB-5 transactions: Is a limited liability company (LLC) interest in a new commercial enterprise (NCE) sold to EB-5 investors a “security” for purposes of U.S. state and federal securities law and is it possible to compensate individuals or entities that are not registered broker-dealers for soliciting investors in EB-5 transactions? A recent federal court case serves as an interesting illustration of the legal analysis that goes into answering these two questions.

On June 29, 2017, the U.S. District Court for the Central District of California granted the U.S. Securities and Exchange Commission’s (SEC) motion for summary judgment in SEC v. Hui Feng and Law Offices of Feng & Associates. In this case, the court found that the LLC interests in question were “securities” for purposes of federal securities laws. It also found that an immigration attorney and his law firm had acted as unregistered brokers, and that, among other things, failure to disclose transaction-based compensation received by the immigration attorney and his firm constituted a material omission.

In Feng, the defendants argued on summary judgment that the LLC interests at issue were not securities, and accordingly, that the alleged securities laws violations did not apply. Whether an investment constitutes a security is an important threshold question in any securities-related matter. If not a security, an investment will be subject to significantly less regulatory requirements and investors will not have the protection of securities laws. The term “security” is defined broadly under the federal securities laws to include a wide variety of instruments that might be sold as an investment. EB-5 investments are typically structured as partnership or LLC interests. While these investments are not specifically enumerated as securities under the statute, partnerships and LLC interests may constitute “investment contracts,” a term that is included within the statutory definition.

In rejecting these arguments, the Feng court focused on the rationale behind the EB-5 program, rather than the economic reality of the transactions at issue. The court cited EB-5 program regulations that allude to a profit motive and state that an investor must place “the required amount of capital at risk for the purpose of generating a return on the capital placed at risk.” The court found it significant that the regional centers’ offerings were intended to meet the requirements of the EB-5 program, including the “at risk” component. The court also noted that the offering materials mentioned the potential for profit and identified the investments as “securities.” Importantly, the Feng court drew a stark distinction between the administrative fees and the potential return on the investment contracts. The court essentially viewed the expectation of a return on investment in isolation, and refused to reduce the return by the amount of the administrative fees. On this point, the court stated that the defendants had cited no authority to support the proposition that there can be no expectation of profits where investors pay fees in excess of their profits.

Despite being rejected by the court, the defendants’ arguments in Feng have a certain appeal. After all, it seems pretty clear that EB-5 investors are motivated by permanent residency status rather than making a profit. However, the potential for a profit is likely enough to satisfy the Howey test and litigants will likely have an uphill battle convincing courts to rule against the SEC on this issue under similar facts and circumstances. That said, it is possible that a court may reach a different conclusion under the Howey test in a scenario where an investment cannot objectively return a profit, for example because the maximum theoretical return is less than the administrative fee. Of course, EB-5 investments also need to satisfy the EB-5 program’s requirement that investor funds be placed “at-risk” for the purpose of generating a return and an investment without an objective possibility of a return may not meet the latter requirement. Accordingly, based on recent cases, including Feng, practitioners should assume that EB-5 investments will be treated as securities subject to state and federal securities laws.

The federal securities laws prohibit someone acting as a broker from effecting securities transactions unless registered. The purpose behind the registration requirement is to make sure that securities are sold by someone knowledgeable about the investments being sold and his or her responsibilities towards investors. The securities laws define a “broker” as “any person engaged in the business of effecting transactions in securities for the account of others.” Federal courts often analyze the factors developed in SEC v. Hansen, 1984 WL 2414, at *10 (S.D.N.Y. Apr. 6, 1984) when determining whether someone is acting as a broker. No one factor alone is determinative, although the SEC and courts typically view the receipt of transaction-based compensation as the most important factor. The table below presents the Hansen factors and the facts of the case the Feng court identified.

Finding that seven out of eight Hansen factors were met, the Feng court concluded that the defendants acted as brokers and that there was no available exemption from the broker registration requirement.

As illustrated in Feng, the test for determining whether someone is acting as a broker is fact intensive. While the facts in Feng were unfavorable to the defendants, it is clear that there can be situations where someone can receive compensation in connection with a securities transaction without acting as a broker. See for example S.E.C. v. Kramer, 778 F.Supp.2d 1320 (M.D.Fla. 2011). However, there is no bright-line rule of thumb given the fact-intensive nature of the analysis. Further, because it appears that the SEC takes the position that anyone receiving transaction-based compensation is most likely acting as a broker, those involved in securities transactions should assume that the SEC will treat them accordingly if they receive transaction-based compensation.

Under U.S. state and federal securities laws, a securities offering must be registered with the SEC and state securities commissions or qualify from an exemption from registration. EB-5 offerings are generally conducted under such registration exemptions. As unregistered offerings, EB-5 offerings are not subject to the heightened disclosure requirements of registered offerings. However, unregistered offerings are still subject to general anti-fraud rules requiring the disclosure to investors of all material facts. Materiality determinations are fact-intensive and complex and, when litigated, courts have the benefit of examining the facts in hindsight. Generally speaking, a fact is material if a reasonable investor would consider it important in making an investment decision. Specifically, an omission is material if there is a substantial likelihood that a reasonable investor would consider its disclosure significant or would view its disclosure as having significantly altered the total mix of information available in the market.

In Feng, the court found that the defendants had committed securities fraud violations by failing to disclose to investors the defendants’ receipt of commissions from regional centers for referring clients to invest in the offerings, and for misrepresenting to regional centers that foreign-based persons or entities were responsible for finding investors, when in reality the U.S.-based defendants were finding investors and receiving commissions directly or indirectly. The court found these omissions material because there was evidence that investors would have chosen a cheaper investment or asked to share in defendants’ commissions if they had known of the omitted facts, and that Feng intentionally failed to disclose the information to avoid sharing commissions with investors. The court also emphasized that referral fees create potential conflicts of interest that should be disclosed as material facts.

In registered offerings, the SEC’s rules require issuers to disclose in great detail the compensation to be paid to underwriters and agents involved in the offering and sales process. Most courts and securities practitioners likely would agree that the payment of commissions to middlemen involved in the offering and sales process in unregistered EB-5 offerings is material and should be disclosed to EB-5 investors even though there is no SEC rule that mandates such disclosure. However, reasonable minds may disagree on the level of disclosure necessary. The spectrum of potential disclosure is broad and could range from a minimum disclosure that an issuer has retained the services of one or more middlemen to solicit or steer investors to an EB-5 offering, to a very detailed disclosure identifying all middlemen and providing specific details about their compensation, similar to the disclosure required in a registered offering. One common business objection to providing detailed disclosure is that such disclosure would put the issuer at a competitive disadvantage in negotiating pricing with foreign agents involved in EB-5 offerings. Agents could use the information to negotiate higher compensation. In the end, materiality should be the guiding principle. If the compensation to be paid to foreign agents is within a range a reasonable investor could expect, the argument for generic disclosure is stronger. In contrast, if the compensation paid is materially higher or structured differently than what could be commonly expected, a general disclosure is likely insufficient.

That said, any flexibility that issuers may currently have will likely be eliminated by future legislative amendment to the EB-5 program. Recent legislative proposals mandate disclosure about fees, ongoing interests, and other compensation paid or to be paid to middlemen involved in EB-5 offerings. Most industry participants expect future amendment legislation to pass with some form of mandatory disclosure requirement.

As demonstrated in Feng, courts can impose significant sanctions for securities law violations. In Feng, the defendants were permanently enjoined from future securities law violations. The court also ordered them to disgorge their commissions, $1,268,000 plus $468,012 in prejudgment interest and assessed significant civil money penalties against them, including $160,000 against the attorney and $800,000 against his law firm.

In addition to these sanctions, participants in EB-5 offerings could also be subject to bars or suspensions from participating in the securities industry if they committed misconduct while acting as an investment adviser or broker dealer, whether they were registered or not. Similarly, attorneys or accountants can be barred or suspended from appearing or practicing before the SEC if they committed misconduct in an EB-5 offering. Finally, participants in EB-5 offerings can even be subject to criminal sanctions, including fines and imprisonment, for “willful” violations of the securities laws, which generally requires knowledge of wrongfulness.

As illustrated by Feng, whether EB-5 investments are securities and whether those receiving compensation in connection with EB-5 offering are acting as brokers, depends on the facts and circumstances. Variations in the fact may result in a different outcome. Given the potentially harsh sanctions for securities law violations, participants in EB-5 offerings would be wise to seek advice of counsel at all stages of an EB-5 offering and preferably before being contacted by securities regulators. Once regulators come knocking, the need for legal advice becomes even more acute given the potential consequences. Through careful planning and execution, participants in EB-5 offerings can be well-positioned to withstand regulatory scrutiny.

Tom Krysa is a shareholder in the Securities Litigation and Enforcement Practice Group at Brownstein Hyatt Farber Schreck LLP in Colorado, where he represents clients in securities litigation and enforcement matters.