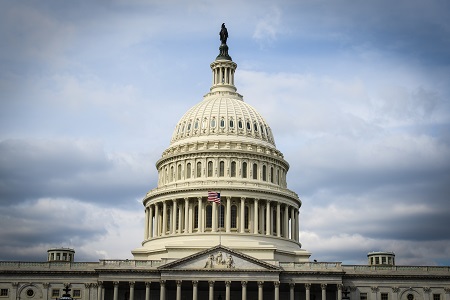 Senators John Cornyn, Jeff Flake, Thom Tillis, Patrick Leahy, Charles Schumer, Amy Klobuchar, and Richard Blumenthal were present at the hearing and asked thoughtful questions regarding both Targeted Employment Areas (TEAs) and minimum investment amounts. Chairman Grassley began the hearing by discussing the changes he believes are needed to determine TEA designation so as to not disadvantage rural areas in the United States. Senator Leahy agreed in his opening statement that reform is much needed. Senator Leahy discussed the bicameral, bipartisan proposal introduced at the end of the first session of the 114th Congress that addressed the need for reform, not only with regard to integrity measures, but also to give incentives for investing in rural and economically disadvantaged areas.

The second witness panel, consisting of representatives of the EB-5 industry, all agreed that reform was needed for the EB-5 program. Specifically, Healy (Civitas Capital Group) encouraged Congress to enact reforms to TEA policy, and proposed using alternative metrics to determine TEAs, such as poverty rates and median income levels. Whipple (Iowa Economic Development Authority) called for reform to current TEA policy so that rural areas such as Iowa can compete with urban areas for EB-5 investment, suggesting that 20 percent of visas should be reserved for true TEAs. Joseph (IIUSA) recognized the EB-5 program for its growth and contribution to the U.S. economy. He noted that there is a diverse set of interests in the EB-5 industry, but that ultimately reforms are necessary, and that visa numbers are a consistent issue as demand keeps growing. Friedland (NYU) expressed his opinion about the original intent of Congress in enacting TEAs, and suggested that Congress should look towards another method for determining TEAs and to shift the TEA designation authority from states to USCIS.

After the testimonies from both witness panels, the Members present at the Senate Judiciary Hearing asked questions of the second witness panel. Senators Grassley and Leahy focused on TEA reform and raising the minimum investment amount. The witnesses answered that reforms are welcome and that higher investment amounts were to be expected. Senators Cornyn and Schumer both also discussed the need for reform, and called for consensus and compromise in making the EB-5 program stronger and more robust. Senators Flake, Tillis, Klobuchar, and Blumenthal also asked thoughtful questions surrounding current TEA policy and how to address rural and urban issues. The witnesses proposed ideas for TEA reform such as commuting patterns and a focus on distressed and poor areas. The consensus from Senators Cornyn, Schumer, Flake, Tillis, Klobuchar, and Blumental was that TEA reforms are needed, minimum investment amounts will likely be raised, and more visa numbers are necessary for the success of not only the program, but for the program.

Kristen Ng is an immigration attorney at Greenberg Traurig LLP. Her practice is focused on matters involving business immigration and compliance, including citizenzhip issues; such as attainment, retention, and relinquishment; immigrant and non-immigrant employment-based cases; investor cases such as E-2 and EB-5 visas; and more, including legislative matters.

Laura Foote Reiff is an EB-5 immigration attorney who focuses on business immigration, regulations and laws that affect foreign and U.S. companies, and related legislative and employment compliance matters. She is the co-chair of Greenberg Traurig LLP’s Business Immigration and Compliance Group, comanaging shareholder for the firm, and also co-Founder of the EB-5 Investment Coalition.

Matthew Virkstis is an immigration attorney in the business immigration and compliance practice group of Greenberg Traurig LLP. He is a member of the firm’s EB-5 team, and his practice is focused on business immigration regulations and laws that impact international and U.S. companies. In addition to working with EB-5 clients, he also works with the policy team.