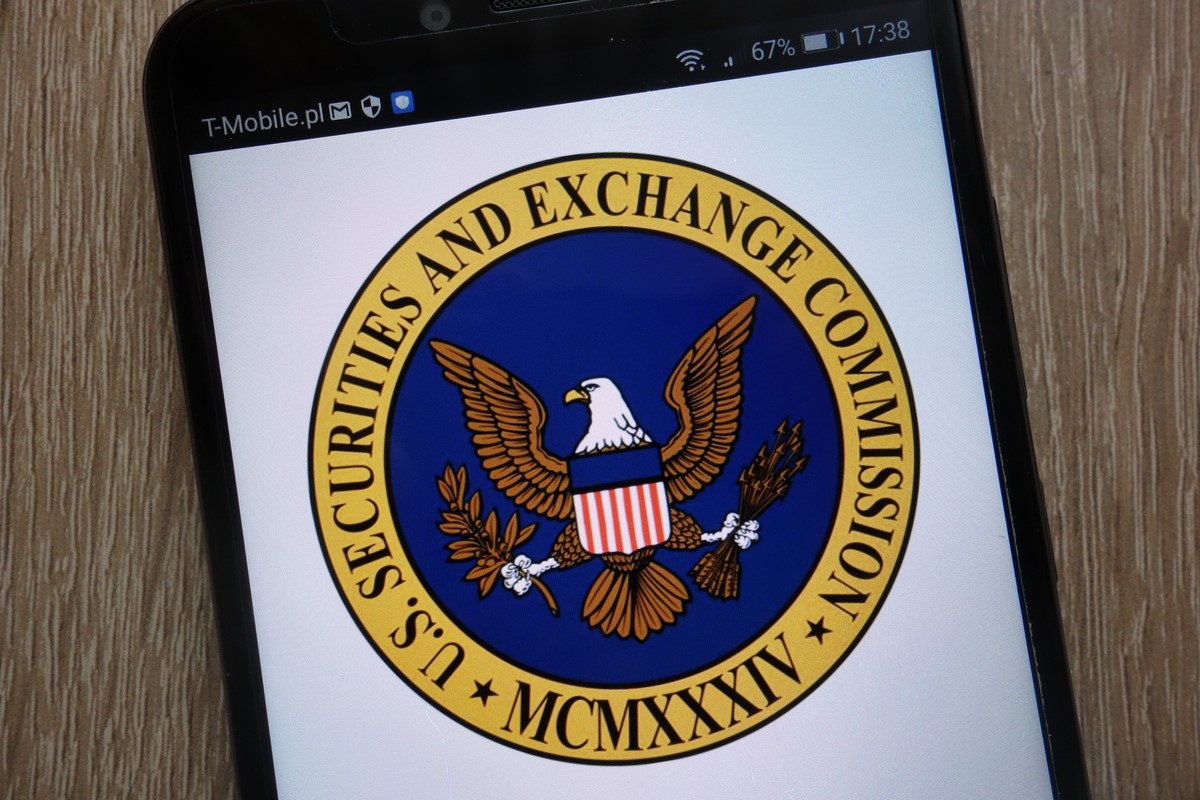 On December 7, 2015, the U.S. Securities and Exchange Commission (SEC), the U.S. federal agency that administers the U.S. federal securities laws, announced a series of settlement orders against six lawyers across the U.S., one resident of China who formerly resided in the U.S., and one enforcement action against another U.S. attorney, all of whom were charged with offering EB-5 investments while not registered to act as securities brokers under U.S. securities laws.  Andrew J. Ceresney, Director of the SEC Enforcement Division, stated in the SEC's press release announcing the action that: "Individuals and entities performing certain services and receiving commissions must be registered to legally operate as securities brokers if they’re raising money for EB-5 projects. The lawyers in these cases allegedly received commissions for selling, recommending, and facilitating EB-5 investments, and they are being held accountable for disregarding the relevant securities laws and regulations."

Unlike all of the other enforcement actions announced by the SEC in 2014 and earlier in 2015, none of the actions announced on December 7, 2015 involved fraud in connection with the EB-5 investments themselves, or any losses by investors who purchased EB-5 investments. The December settlement orders involved solely the receipt of payments which the SEC deemed to be commissions for sales of EB-5 investments. These settlement orders were the result of a wide-ranging investigation by the SEC over the past two years into the methods by which EB-5 investments are sold, and the persons who receive these payments. It should be noted that all of the persons named in the actions were U.S. persons at the time that they are alleged to have received payments.

As of this date, no foreign marketing agent who has received payments in connection with the sale of EB-5 investments outside the U.S. has been charged with any violation of U.S. securities laws. However, the SEC announced in January 2016 that the EB-5 market is one of the SEC's examination priorities, indicating that the SEC will be specifically focusing on EB-5, and will likely seek to bring enforcement actions against persons whom the SEC believes are engaged in selling EB-5 investments in violation of U.S. securities laws. Therefore, it is critical for Chinese marketing agents to understand the requirements of U.S. securities laws and conduct their business in a way that does not result in violations of those U.S. laws.

The U.S. Exchange Act exempts non-U.S. persons from the requirements of the Exchange Act.

The basis of the SEC's actions against unregistered persons for receiving finders fees is Section 15(a) of the U.S. Securities Exchange Act of 1934 (the "Exchange Act"), which requires that persons engaged in the business of transactions in securities are required to register with the SEC as securities broker-dealers. However, that section does not apply to transactions outside the U.S. according to Section 30(b) of the Exchange Act. That Section provides a general exemption from all provisions of the Exchange Act, including Section 15(a), for persons not transacting business in the U.S. It reads as follows:

"The provisions of this title or of any rule or regulation thereunder shall not apply to any person insofar as he transacts a business in securities without the jurisdiction of the U.S., unless he transacts such business in contravention of such rules and regulations as the Commission may prescribe as necessary or appropriate to prevent the evasion of this title."

U.S. Courts have narrowed the exemption for non-U.S. persons.

Read literally, Section 30(b) would exempt every person who transacts business outside the U.S. from any requirements under the Exchange Act. However, the U.S. courts have held that this exemption is not available under three circumstances:

(i) if transactions occurred in a U.S. securities market – which has generally been interpreted by the courts to mean transactions on U.S. stock exchanges or trading markets;

(ii) if offers and sales were made abroad to U.S. persons or in the U.S. to facilitate sales of securities abroad; or

(iii) if the U.S. was used as a base for securities fraud perpetrated on foreigners.

U.S. courts have allowed SEC jurisdiction over EB-5 investments sold outside the U.S. in cases of securities fraud.

In connection with EB-5 jurisdiction for actions occurring outside the U.S., the SEC and the U.S. courts have focused on cases involving securities fraud perpetrated on EB-5 investors. These fraud cases have typically involved regional centers or EB-5 investment sponsors who made false promises to investors regarding the project, or who raised funds for a designated project and then used the offering proceeds for their personal benefit, rather than investing the funds in the project. In many cases, this would have resulted in EB-5 investors not receiving I-526 approval, because their investment was not used for the project specified in their I-526 petitions, and in some cases the EB-5 investors' money was lost as well.

For example, in 2015 the SEC brought an action for fraud against Lobsang Dargey and his “Path America” companies, which raised at least $125 million for two real estate projects but then diverted $14 million for unrelated real estate projects and $3 million for personal use including the purchase of his $2.5 million home and cash withdrawals at casinos. Earlier in 2015, the SEC brought an action for fraud against Bingqing Yang and Luca International Group, where the defendants diverted the proceeds for personal use. In the 2013 case against Marco A. Ramirez, the SEC alleged that the defendants misused investor funds for personal use such as funding their Cajun-themed restaurant.

In the 2013 case, SEC v. A Chicago Convention Center, LLC, Anshoo Sethi, and Intercontinental Regional Center Trust of Chicago, LLC, a U.S. federal court ruled that the SEC had adequately alleged a domestic securities transaction, as required to state a securities fraud claim. The court in that case focused on the connections between the EB-5 investment offering and the U.S., including that the subscription agreement was required to be delivered by EB-5 investors to defendants in the U.S., the offering funds were sent to a U.S. based escrow agent, the escrow agent would only release funds upon approval of the investors' U.S. visa applications, and the investors were bound only if the subscription agreement was accepted and countersigned by the manager of the EB-5 investment fund in the U.S. The court found that these connections were enough for the SEC to assert jurisdiction over the case, since it involved securities fraud perpetrated on foreigners.

The SEC generally does not require foreign persons to register as securities broker-dealers for sales of U.S. securities outside the U.S. to non-U.S. persons.

In cases that do not involve fraud or sales of securities in a U.S. market or to U.S. persons, the SEC's jurisdiction is more limited due to the general exemption of Section 30 of the Exchange Act. The SEC has recognized its more limited role in matters that do not involve fraud in several prior policy statements. For example, in SEC Release 34-25801 issued in June 23, 1988, the SEC stated that its policy is not to require broker-dealer registration where foreign firms sell U.S. securities exclusively to non-U.S. persons outside the U.S. In fact, the SEC specifically stated in Release 34-25801 that:

The SEC has also adopted regulations under the Exchange Act that recognize the role that non-U.S. selling agents can have in connection with sales of U.S. securities.  For example, in SEC Rule 15a-6, the SEC affirmed its policies on non-U.S. persons, and stated that U.S. broker-dealer registration is not required for overseas agents who sell securities solely to non-U.S. persons and conduct their selling activities entirely outside the U.S.

In the SEC's adopting release for Rule 15a-6, the SEC stated that broker-dealers operating outside the physical boundaries of the U.S. but using the U.S. mails, wires or telephone lines to trade securities with U.S. persons located in the U.S. would not be generally exempt under Section 30(b) of the Exchange Act. However, the SEC affirmed its long standing policy that foreign broker-dealers who solicit non-U.S. persons outside the U.S. to purchase securities of U.S. issuers are not required to be registered as U.S. securities broker-dealers.

Chinese agents who wish to avoid violation of the Exchange Act should avoid doing business in the U.S. and avoid owning interests in U.S. Regional Centers and other U.S. Businesses.

It is also unclear whether a Chinese agent would be considered to be doing business in the U.S. if the agent makes visits to the U.S. to conduct due diligence regarding U.S. projects, or it chaperones Chinese EB-5 investors to visit project sites and conduct their own due diligence. In our view, these are not the types of activities that should cause a Chinese marketing agent to lose its exemption from broker-dealer registration under U.S. securities laws. However, for those Chinese agents who wish to be as conservative as possible, we would advise that Chinese agents engage third parties to conduct due diligence on projects, and arrange for a representative of the EB-5 project sponsor to meet any prospective EB-5 investors who wish to visit a site.

The SEC has not indicated any changes in its policies towards Chinese agents who sell EB-5 investments outside the U.S.

Catherine DeBono Holmes is the chair of the investment capital law group at Jeffer Mangels Butler & Mitchell LLP in Los Angeles, and has practiced law at JMBM for over 30 years. She specializes in EB-5 immigrant investment offerings and hotel and real estate transactions made by Chinese investors in the U.S.