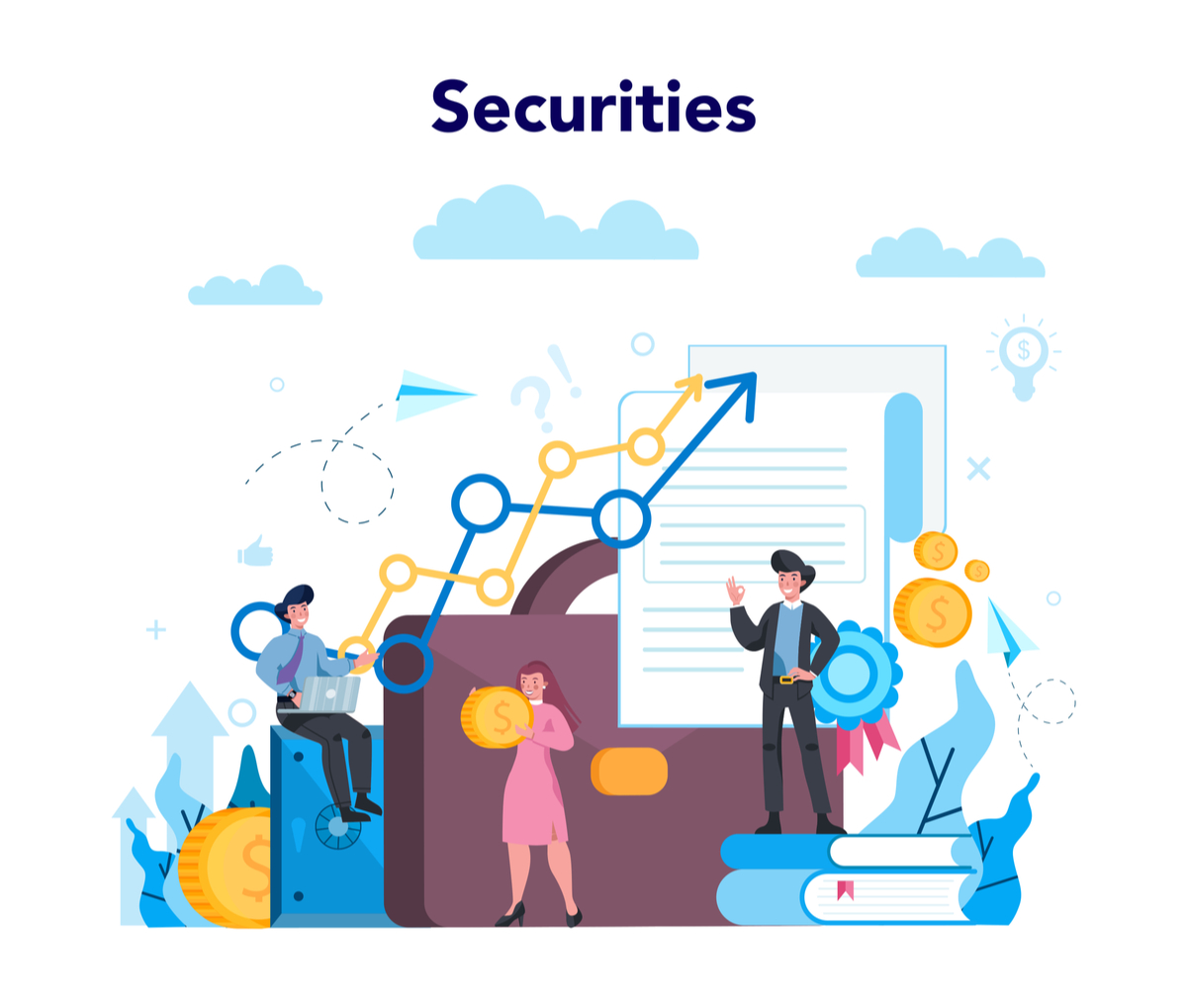 Any discussion of securities laws should start with an understanding of what constitutes a “security.” The definition is typically extremely broad, and though it varies depending on whether one is looking at the federal or state laws governing the securities area, the basics are usually the same. It has long been understood that stocks or bonds of a company are securities. What many people do not realize is that a whole myriad of other things can be considered securities. For example, promissory notes, or even investments in orange groves and chinchillas, have been considered securities. Generally speaking, regional centers soliciting investors for limited partnership interests, limited liability company interests, or other corporate entities are issuing securities.

In the United States, there are both federal and state laws that concurrently govern the sale of securities. The Securities Act of 1933, otherwise commonly referred to as the “Securities Act,” is the starting point for federal securities regulation for regional centers issuing securities. Each state also has its own version of securities laws which are commonly referred to as “blue sky” laws. The bottom line is that if one is selling securities, or offering to sell securities, one must simultaneously comply with both federal law and the relevant state blue sky laws. Depending on the type of securities being issued, there may be additional laws, rules, or regulations that apply as well. Regional centers should consult local attorneys for advice ensuring compliance with local laws. Note, in particular, that offers of securities may be improper, even if no sale is made. The simple act of asking someone to buy securities could be illegal, even if the actual sale is never completed. Failure to comply with the securities laws could result in serious adverse consequences, including investor suits, fines and penalties and even criminal prosecution.

Securities laws exist to protect investors. The Securities Exchange Commission states that the two basic objectives of the Securities Act are to (1) “require that investors receive financial and other significant information concerning securities being offered for public sale” and (2) “prohibit deceit, misrepresentations and other fraud in the sale of securities.”1 The objectives for the state blue sky laws are typically similar.

To address the first basic objective of providing material and accurate information to investors, the Securities Act and blue sky laws generally provide that any offer to sell securities must first be either registered or qualified with the appropriate governmental body or satisfy an available exemption.

The process of registration or qualification can be an extremely trying process involving much expense and time. Consequentially, most issuers opt not to register or qualify the securities they plan to offer or sell and seek an exemption instead. Remember, a Regional Center must seek an exemption for all securities laws that affect it. For example, a California regional center that sells securities to investors from New York, Louisiana and Texas would be subject to the state laws of New York, Louisiana, Texas and California, as well as federal laws, and would need to find applicable exemptions under all such laws to avoid the need to register or qualify its securities offering. Since Regional Centers generally only seek and accept funds from foreign investors, compliance with multiple state laws often does not pose significant issues. However, compliance with the blue sky laws of a “home state” is always a requirement, as is compliance with federal law.

In the EB-5 Regional Center space, the two most common securities exemptions relied upon are Rule 506 of Regulation D (“Reg D”) and Regulation S (“Reg S”).

Reg D actually contains three rules (Rule 504, Rule 505 and Rule 506) providing differing exemptions from the registration requirements; however, due to the economic realities affecting EB-5 Regional Centers, Rule 506 is the primary rule relied upon. Rule 506 offerings have an added advantage in the sense that regional centers that offer securities under Rule 506 may avoid having to register or qualify the securities under state laws. Under the National Securities Markets Improvement Act of 1996, state securities registration requirements for securities offered pursuant to the provisions of Rule 506 are preempted by federal law. In other words, regional centers that offer securities under the exemption afforded by Rule 506 are also exempted from registration under the various state blue sky laws.2

In reality, Rule 506 of Regulation D is not the actual exemption itself. Rather, Rule 506 is a “safe harbor” in the sense that compliance with its conditions affords a Regional Center comfort that it can rely on the underlying exemption, which in this case is Section 4(2) of the Securities Act. Section 4(2) provides a seemingly broad exemption for “transactions by an issuer not involving any public offering.” Since the precise limits of this exemption are somewhat uncertain, Rule 506 was promulgated to give assurance to companies that they would be within the Section 4(2) exemption so long as they satisfied certain requirements. Even though they are exempt from registration, companies using the Rule 506 exemption must still file a Form D notice with the SEC describing the transaction.

In order for an offering to rely on the Rule 506 exemption, certain criteria must be met, which generally include: (1) limitations on general solicitation or advertising used to market the securities (e.g., no radio shows, newspaper advertisements or seminars to the public)3; (2) requirements on the type of investors permitted (e.g., unsophisticated investors are not allowed); (3) a cap on the number of certain types of investors (e.g., no more than 35 unaccredited investors); (4) disclosure obligations that vary based on the type of investors solicited (e.g., significant disclosure obligations if soliciting unaccredited investors); (5) significant restrictions on transferability of the securities being issued (generally includes minimum hold periods at the very least); and (6) filing of a Form D notice with the SEC. As indicated before, compliance with state blue sky laws may require notice filing in the applicable states and payment of certain fees.

“As a result, issuers should tread cautiously in relying on the JOBS Act until greater certainty surrounding the law is established.”

The “Jumpstart Our Business Startups Act,” also known as the “JOBS Act,” was signed into law by President Obama on April 5, 2012. Among other things, such as increasing the number of owners (e.g., shareholders, members, limited partners) a company may have before being required to register its ownership interests (e.g., common stock, membership interests, limited partner interests) with the SEC and become a publicly reporting company, the JOBS Act lifts the current ban on general solicitation and advertising in Rule 506 offerings sold exclusively to accredited investors. While the law was signed into effect, the SEC was required to formally make amendments to existing rules in order to implement the changes in the law. On Aug. 29, 2012, the SEC proposed certain amendments pursuant to the JOBS Act; however, they have not been formally adopted. As required by the JOBS Act, the proposed amendments included an elimination of the prohibition against general solicitation and general advertising with respect to offers and sales of securities made pursuant to Rule 506, provided that all purchasers are “accredited investors.” The proposed amendments also obligate issuers to take “reasonable steps” to verify that the purchasers of the securities are “accredited investors.” While specific verification methods were not prescribed, it seems that there would be a heighten standard over the current standards for verification. It is important to note that while the JOBS Act has been passed, and amendments have now been proposed by the SEC, final amendments have not yet been adopted by the SEC. As a result, issuers should tread cautiously in relying on the JOBS Act until greater certainty surrounding the law is established.

Reg S is entirely different in its approach than Reg D. Essentially, Reg S exempts offers and sales of securities “that occur outside the United States” from Section 5 of the Securities Act, which contains the principal obligations for issuers to register securities under federal law. Note that Reg S does not address blue sky or foreign laws, so a Regional Center would still have to address those issues and comply with such laws.

An offer or sale of securities is deemed to occur outside the United States if (1) it is made in an offshore transaction; (2) it is made without any directed selling efforts in the United States; and (3) it meets certain other conditions, depending on what category (Category 1, 2 or 3) under Rule 903(b) of Reg S applys to the securities being issued. Most Regional Centers issue “Category 3” securities, which are subject to the most conditions.

Though Reg S seems to set forth the conditions quite simply, one must carefully review the definitions for certain terms, such as “distribution compliance period,” “offshore transaction,” “directed selling efforts,” “offering restrictions,” “U.S. person” and others, as those definitions provide crucial guidance in interpreting the rules governing Reg S. One benefit of Reg S is that, unlike Reg D, it does not require filing of any notice with the SEC in order for it to be available as an exemption.

The second objective of the securities laws highlighted by the SEC is to “prohibit deceit, misrepresentations and other fraud in the sale of securities.” Generally, both the federal and state securities laws address this objective by prohibiting a misstatement or omission of a material fact in connection with an offering of securities. Neither Rule 506 nor Reg S exempts securities offerings from the anti-fraud provisions of the various securities laws. The regional center, and its key persons, can become subject to civil, and in severe cases, criminal liability for violations of these anti-fraud provisions. Though the mandate to disclose information in a non-fraudulent manner seems simple, determining what is “material,” and therefore must be disclosed accurately, can be difficult. Generally speaking, something is considered material if there is a substantial likelihood that a reasonable investor would consider the fact to be important in deciding whether or not to invest.

The EB-5 Regional Center Program is an exciting mechanism for promoting investment in the American economy and the creation of jobs while providing qualified immigrants with a chance to obtain a green card in the United States. Nevertheless, Regional Centers must be aware of U.S. federal and state laws affecting securities offerings and take proper steps to comply with those that apply to them, as the cost of failing to do so could be catastrophic. There exist definite strategies for Regional Centers to minimize their exposure to liability from securities-related claims, whether those claims arise from government, or investors. Regional Centers should carefully control the securities offering process, including exercising careful oversight of those parties conducting and/or assisting with the offering, to ensure a successful and legal EB-5 capital raise.

Disclaimer: No legal advice is provided in this article. Please consult your own professional advisors for advice applicable to your particular circumstances.