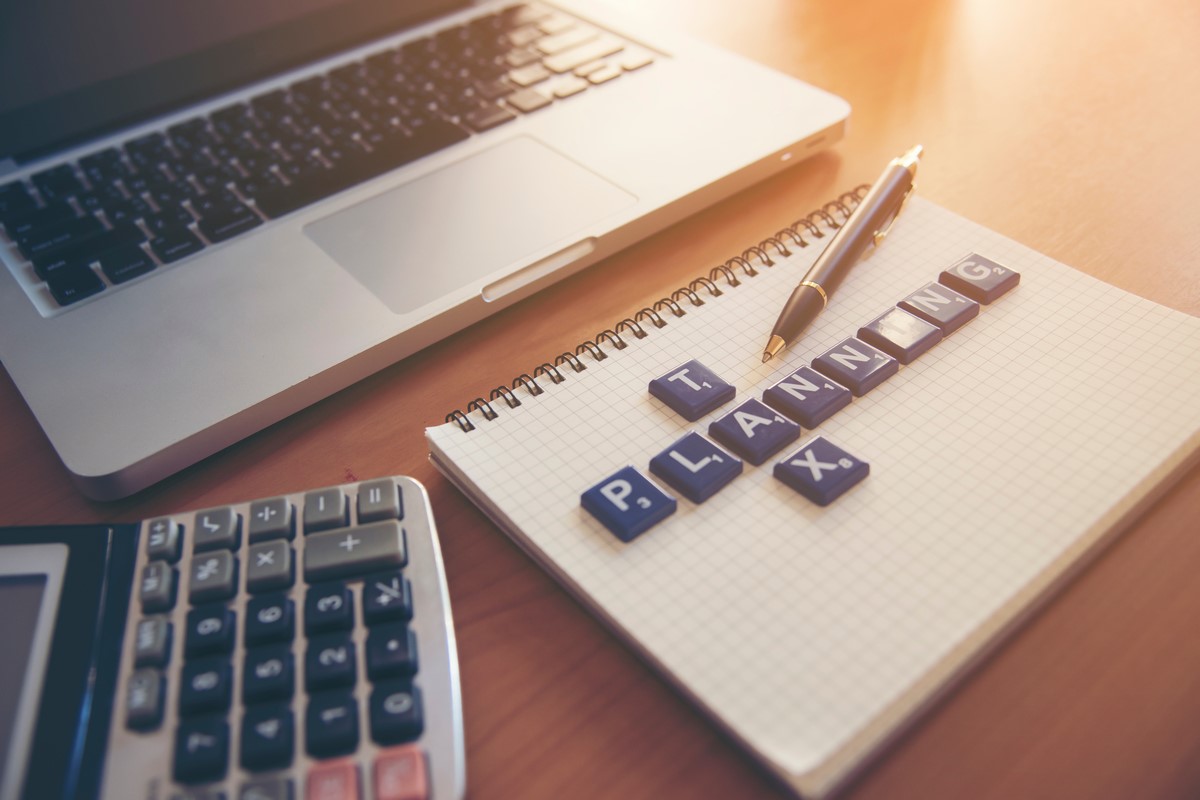 There are three ways a country can define its tax borders: citizen-based, residence-based and territorial.  A citizen-based tax system taxes all income earned by a citizen, regardless of where the citizen lives or where the income is earned.  The residence-based model taxes worldwide income of those individuals who are resident in the country.  The territorial system taxes only the income earned within that country.

The United States uses both the citizen-based tax system and the residence-based tax system. U.S. citizens and U.S. income tax residents are subject to U.S. taxation on their worldwide income (net of deductions) as well as reporting requirements on certain foreign financial assets.  Conversely, nonresident aliens (non-U.S. citizens and non-U.S. tax residents, “NRAs”) are subject to U.S. income tax only on their investment income from U.S. sources and income from a U.S. trade or business.  Similarly, the United States imposes an estate tax on the worldwide holdings of its citizens and tax residents.

Wealthy immigrants often come from countries that use a residence-based tax system (where income taxation may be avoided or minimized by splitting residence between two countries), that use a territorial tax system (no taxation of income earned abroad), have a low tax rate, or a lax tax collection system.  They are often unprepared for the U.S. tax system, which not only will tax their worldwide earnings, but will do so aggressively and in a well-structured manner.

An NRA may stay in the United States for up to 183 days a year without becoming a U.S. tax resident if the NRA has a tax home in a foreign country and a closer connection to that foreign country. This is also mirrored in some income tax treaties.  All income tax treaties also use a residence tie-break test if an individual can be deemed a tax resident of both treaty countries.  Using the treaty tie-break must be disclosed to the Internal Revenue Service and does not relieve the NRA of certain reporting requirements (like disclosure of foreign bank accounts).

For estate tax purposes an NRA becomes a U.S. tax resident when the NRA has intent to make the United States his domicile (no intention of leaving).  This is a subjective test, and intent is inferred through circumstantial evidence, such as the length of stay in the United States, statements of intent on visa application, frequency of travel, size and cost of U.S. home, location of close family members, social activities, business interests andvoting records.  For an immigrant seeking an EB-5 visa it would be difficult to argue that his domicile is intended to be outside the United States.

Having determined the residence start date, the focus shifts to how the United States will tax the NRA’s pre-immigration planning transactions.

Income tax rules applicable to NRAs are complex.  As a general rule, an NRA pays a flat 30 percent tax on U.S.-source “fixed or determinable, annual or periodical" (“FDAP”) income that is not effectively connected to a U.S. trade or business, and which is subject to tax withholding by the payor.  The rate of tax may be reduced by an applicable treaty to anywhere between zero and 15 percent.  FDAP income includes interest, dividends, royalties, rents annuity payments, and alimony.  For example, if an NRA receives interest income from U.S. sources (other than interest on bank deposits), he is subject to a 30 percent tax.  Note that the NRA is subject to this tax but does not pay it.  The 30 percent FDAP tax is withheld by the payor at the time of payment and remitted to the U.S. Treasury.  The NRA receives the remaining 70%.

NRAs are generally not taxable on their capital gains from U.S. sources unless (i) the NRA is present in the United States for more than 183 days, (ii) the gains are effectively connected to a U.S. trade or business (this includes gain from sale of U.S. real property), or (iii) gains are from the sale of certain timber, coal or domestic iron ore assets.  When these exceptions apply, the NRA is taxed on U.S. source capital gains at the rate of 30 percent.

There are generally four tax planning objectives that an immigrant may wish to accomplish prior to his residence start date: (1) recognize capital gains and step up basis; (2) accelerate income; (3) defer deductible expenses; and (4) transfer assets to foreign trusts.

Following the residence start date the immigrant is taxed identically to every other American taxpayer. On a sale of a capital asset, the United States will tax the difference between the sale price and the tax basis (the acquisition cost, subject to possible adjustments).  The burden falls on the immigrant to establish the tax basis. If the immigrant cannot establish the basis, it will be presumed to be zero.

When immigrants sell their foreign assets following the residence start date, many cannot substantiate tax basis, and those that can often have low basis.  Some assets may have been owned for decades or for generations, and the acquisition costs are either negligible or long forgotten.  This holds true for all types of foreign assets, including real estate, investment portfolios, interests in closely held businesses, intellectual property and art.

Immigrants often engage in the above transactions by selling or transferring assets to family members.  There is no prohibition from using related parties for these transactions, but these transactions would be ignored if they lacked economic substance, and consequently should be structured at arm’s length.

Non-U.S. income earned by an NRA prior to the residence start date is not taxable by the United States.  It is therefore beneficial for NRAs to recognize income, to the extent possible, prior to the residence start date.  This may include factoring (selling) accounts receivable to increase tax basis or transferring the incidence of taxation to another foreign person or entity, receiving early distributions from foreign pension plans, accelerating stock options, paying out dividends, prepaying salaries, bonuses, commissions, interest, rents, royalties and license fees.

Some NRAs may have assets that have significantly declined in value from the time they were acquired.  Selling or exchanging these assets prior to residence start date will adjust the tax basis downward, to current fair market value.  If the acquisition basis can be substantiated, then it is best to preserve the built-in losses of these assets and trigger them only following the residence start date.  These losses can then be used by the now U.S. tax residents to offset ordinary income and capital gains.

If an NRA has an extensive investment portfolio with significant values, it would be beneficial to selectively pick stocks that will be sold and repurchased prior to U.S. tax residence (to increase tax basis), and stocks that will not be sold prior to residence start date (to preserve high basis).

Similar logic is applied to deferring the payment of those expenses that would be deductible for U.S. income tax purposes, including both business and personal expenses.

A trust classified as a “foreign trust” is treated for U.S. tax purposes as an NRA. As discussed above, the United States taxes NRAs only on U.S.-source income and imposes an estate tax only on U.S.-sited assets.  For these reasons, funding a foreign trust prior to the residence start date is a significant pre-immigration tax planning tool.

As discussed above, NRAs are not subject to U.S. gift taxes on gifts of non-U.S. assets and on gifts of all intangible assets (even if in the United States).  This allows NRAs to remove an unlimited amount of wealth from their possible U.S. estate prior to the residence start date.

There are four notable points on the U.S. income tax treatment of a pre-immigration foreign trust.  First, if the foreign trust ever makes a distribution to a U.S. beneficiary, the distribution will be subject to a throwback regime and an interest charge.  Second, capital gains earned by the trust and not currently distributed are taxed under the ordinary income tax rules.  Third, trusts funded within five years of the U.S. residence start date are taxed as grantor trusts.  Fourth, U.S. beneficiaries must report distributions received from a foreign trust.

The income tax advantages of foreign trusts may be limited when they have U.S.-source income, U.S. beneficiaries or are established within five years of U.S. residence.  In certain situations the practitioner may intentionally seek to have the foreign trust classified as a grantor trust. This avoids the application of the throwback regime, reporting requirements for beneficiaries and taxes the grantor on trust income, allowing the grantor to further reduce his assets otherwise subject to the U.S. estate tax.

The planning must also account for the tax laws of the immigrant’s home country.  It would make little sense to reduce U.S. taxes if home country taxes are increased by the same or nearly the same amount.  As a matter of practice the author always coordinates U.S. pre-immigration tax planning with foreign tax counsel.