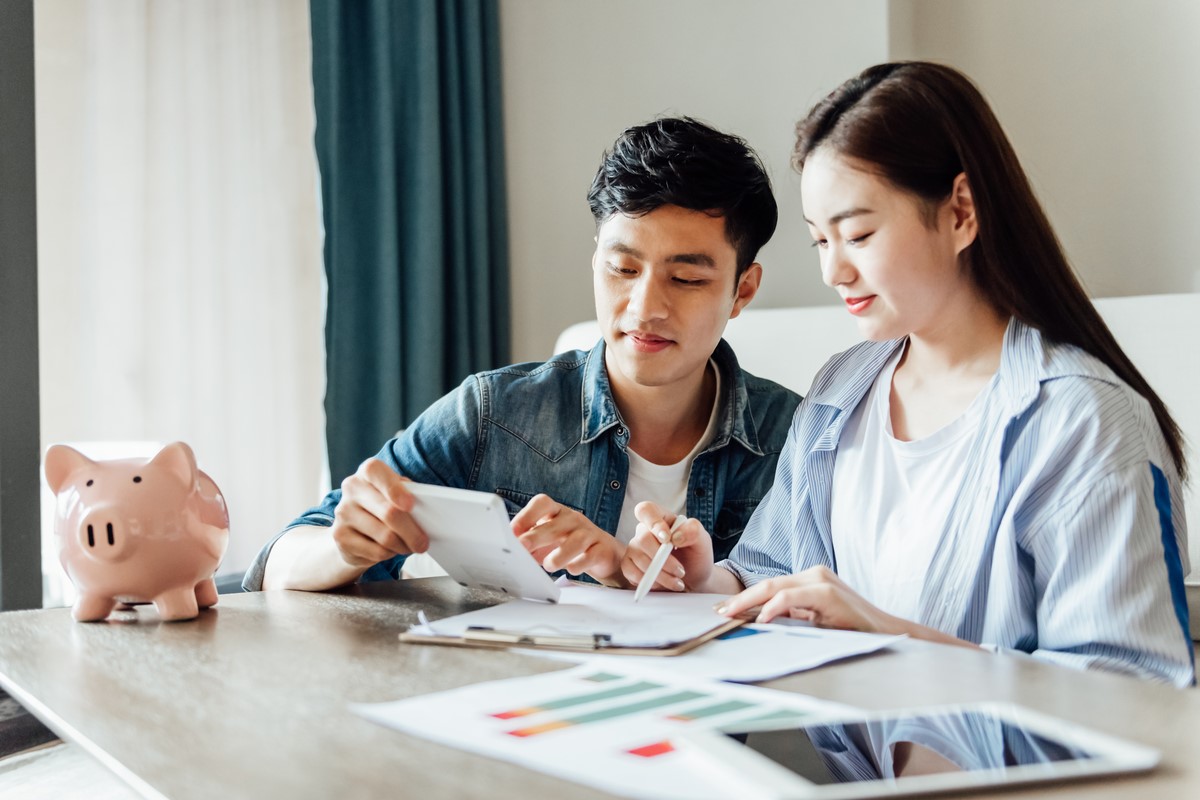 Agents from China and their investors are now becoming more sophisticated and aware of the financial and tax implications of making an EB-5 investment in a U.S. new commercial enterprise EB-5 project. Many agents and their investors are asking questions about the Chinese and U.S. tax and financial consequences resulting from immigration to United States and how to undertake pre-immigration tax planning. The U.S. tax laws may require that the EB-5 investor who obtains conditional permanent residency are taxed on their worldwide income, which is a concern for many Chinese nationals.

Because U.S. tax laws differ from Chinese tax laws, it is important for investors to understand the full scope of implications before they begin the EB-5 process. As an agent, you may find it useful to understand some of the basic requirements of U.S. tax and advise your investor clients to seek qualified counsel to prepare them for the financial and tax implications of applying for an EB-5 visa. It is because of U.S. taxes that investors will be able to enjoy the many benefits they seek in coming to the United States, namely education, infrastructure, and environmental quality. Though all EB-5 investors must adhere to applicable U.S. tax laws, there are a variety of strategies that, with proper planning, can be implemented to minimize tax responsibility for investors, while not delaying the EB-5 application process.

As a result, the investor will not be subject to U.S. taxation on their worldwide income until they receive conditional permanent residency and move to the United States, but may be subject to a 30 percent U.S. withholding tax (or reduced rate pursuant to the 1984 China-U.S. income tax agreement for the avoidance of double taxation ("U.S.-China tax treaty") on their share of certain types of fixed or determinable U.S.-source income, such as interest, dividends, rents or annuities ("FDAP income"), received by the U.S. Fund from the job creating entity ("JCE") or other U.S. sources. After investors have obtained conditional permanent residency and moved to the United States, different rules will apply to their income, both earned from their EB-5 investment and otherwise.

After the investor has received approval of their I-526 form and been granted U.S. conditional permanent residency they will be subject to different requirements than they were while awaiting I-526 approval. At this point, the burning question for many is whether or not they will be taxed on their worldwide income.

An investor who is not already a resident under the substantial presence test will be considered a U.S. income tax resident when she obtains a conditional green card (after I-526 approval). As an income tax resident, the investor will then be subject to U.S. taxation on a worldwide basis, anti-deferral rules and comprehensive information reporting requirements regarding foreign assets and activities. However, factors such as the availability of credits for foreign taxes paid and the application of treaty provisions on the avoidance of double taxation should mitigate the impact of worldwide taxation and help ensure that income of the investor is only taxed once at US rates.

For U.S. estate and gift tax purposes, an investor will be considered a U.S. resident when she establishes physical presence in the United States, coupled with an intent to remain in the United States indefinitely (requirements of permanent residency). Gifts of the required investment funds received by an F-1 student from China from the parent in China generally should not be subject to US gift tax but may be subject to IRS reporting requirements. However, gifts of funds from a U.S. bank account, or gifts by a parent who is a U.S. citizen or is domiciled in the United States at the time of the gift, could trigger U.S. gift taxation.

For many investors, the U.S. tax system is intimidating, or at the very least, a concern when considering EB-5. The following sections present some strategies that can be employed by investors and their advisers to minimize tax responsibility to the extent possible.

Tax-conscious investors may want to consider delaying permanent residency for the wealthier family member until they are able to adequately plan for the U.S. tax system.

The main individual in the family who holds wealth may take steps for their spouse to invest the EB-5 funds and first file the I-526 petition for both husband and wife and minor children to obtain conditional permanent residency. The spouse investor with less assets and minor children are now in a position to obtain conditional permanent residency for the next two years. The filing spouse must adhere to all applicable tax laws outlined above, but because their income is not as great, the tax burden will be less. Meanwhile, the spouse with more assets can remain in their home country and visit their family in the United States while preparing their assets (provided they do not visit often enough to meet the substantial presence test).

At the point of filing the I-829 petition to remove conditions, the filing spouse can include the principal-earner spouse (and of course their children) to gain permanent residency for the entire family. During the time between the actual investment and removal of conditions, the spouse with more wealth can take the steps necessary to adequately plan for tax implications and organize their wealth in a way that will minimize tax responsibility.

Though USCIS processing times are typically viewed negatively, in the case of a tax-conscious investor the processing times can actually be a benefit. The preparation, filing and adjudication of the I-526 petition may take 12 to 14 months, and investors can expect to wait another three or four months to obtain conditional permanent residency for a two year period. Even after filing to remove conditions, investors wait an estimated 12 months for adjudication and approval of their I-829 forms. Before all is said and done, the principal earner in the family will have up to four years to plan the best way to manage their wealth for tax purposes while not delaying receipt of an EB-5 visa. During this waiting period, the principal earner should seek the counsel of qualified U.S. tax professionals.

Disposal of certain assets prior to permanent residency

Investors may also want to consider disposing of certain assets that are likely to present U.S. tax complications prior to becoming a US permanent resident. For example, investors may want to transfer certain property situated outside of the United States by gift to either U.S. or non-U.S. persons prior to obtaining a green card. In addition, investors may consider disposing of stock in certain non-U.S. corporations that generate primarily passive income to avoid being subject to U.S. anti-deferral rules with respect to such corporations. Finally, investors who own non-U.S. corporations may want to attempt to step-up the cost basis of assets held by such corporations by, for example, filing check-the-box entity classification elections with respect to the corporations. Investors should consult with experienced U.S. international tax advisors before engaging in any of the foregoing steps.

Contrary to popular belief, it is possible for a U.S. green card holder to be taxed as a nonresident of the United States despite living in the United States for the majority of the year. Under bilateral U.S. income tax treaties with other countries, when the domestic internal laws of two countries claim tax residency over an individual, the dispute is settled by the income tax treaty’s “tie-breaker provisions.” Under the U.S. China tax treaty, which does not contain customary tie-breaker provisions (such as permanent home, center of vital interests and habitual abode), the residency dispute must be settled by an agreement between the U.S. and China competent authorities. Like with all international tax planning, the strategies and solutions will be determined on a case-by-case basis.

In the context of income tax treaties, a competent authority is a representative of each treaty jurisdiction who is responsible for implementing the treaty and its provisions.

With proper planning, guidance, and representation by a knowledgeable international tax attorney, U.S. green card holders can avoid taxation on their worldwide income by being taxed as a nonresident. This is truly the best of both worlds; a U.S. green card without taxation on worldwide income. This is not, however, an endeavor that should be taken by anyone without extensive knowledge of international taxation and treaty-based tax planning.

Such maneuvering is more difficult for individuals from non-treaty countries like Brazil and Hong Kong because successful implementation of the plan will require lawfully establishing tax residency in a separate treaty country, which requires collaboration with foreign counsel and knowledge of U.S., international, and foreign tax laws. The slightest error could ruin the entire strategy and result in worldwide taxation of income.

To avoid continuous U.S. taxation on the worldwide assets, the Chinese investor resident has a certain period of time to abandon their permanent residency. This is a strategy for investors whose primary concern is permanent residency for their spouse and/or children, but is not prudent to do until conditions on investors’ green cards have been removed.

An investor who relinquishes U.S. permanent residency status after maintaining such status for 8 out of the past 15 years may be subject to a U.S. exit tax if the investor meets certain income or net worth thresholds or fails to certify compliance with U.S. tax laws.

Chinese corporations are now investing in the establishment of U.S. corporations for the purpose of becoming EB-5 regional centers and/or EB-5 compliant projects.

For Chinese agents and their EB-5 investors, tax and financial planning is an integral part of the investor’s relocation to the United States. Luckily for investors, even if proper preparations have not been made before considering EB-5, there are strategies to simultaneously plan and invest so as to not delay U.S. permanent residency. Furthermore, with a little more lead-time, tax professionals can advise investors on how to actually transfer and invest their funds so as to minimize tax responsibility. Agents are well advised to make their investors aware of the tax implications of U.S. permanent residency so that they will be as prepared as possible for all aspects of their relocation.

Edward Beshara is the managing partner at Beshara PA Global Migration Law Firm, which provides successful solutions for EB-5 investors and their families, EB-5 direct and regional center projects. Beshara is a member of the IIUSA (Invest in the USA) New Investor Markets and Best Practices Committees, and is on the Advisory Committee and Task Force of the Investment Migration Council, Geneva. He is a former Adjunct Professor of Business Immigration Law at the University of Florida’s College of Law.