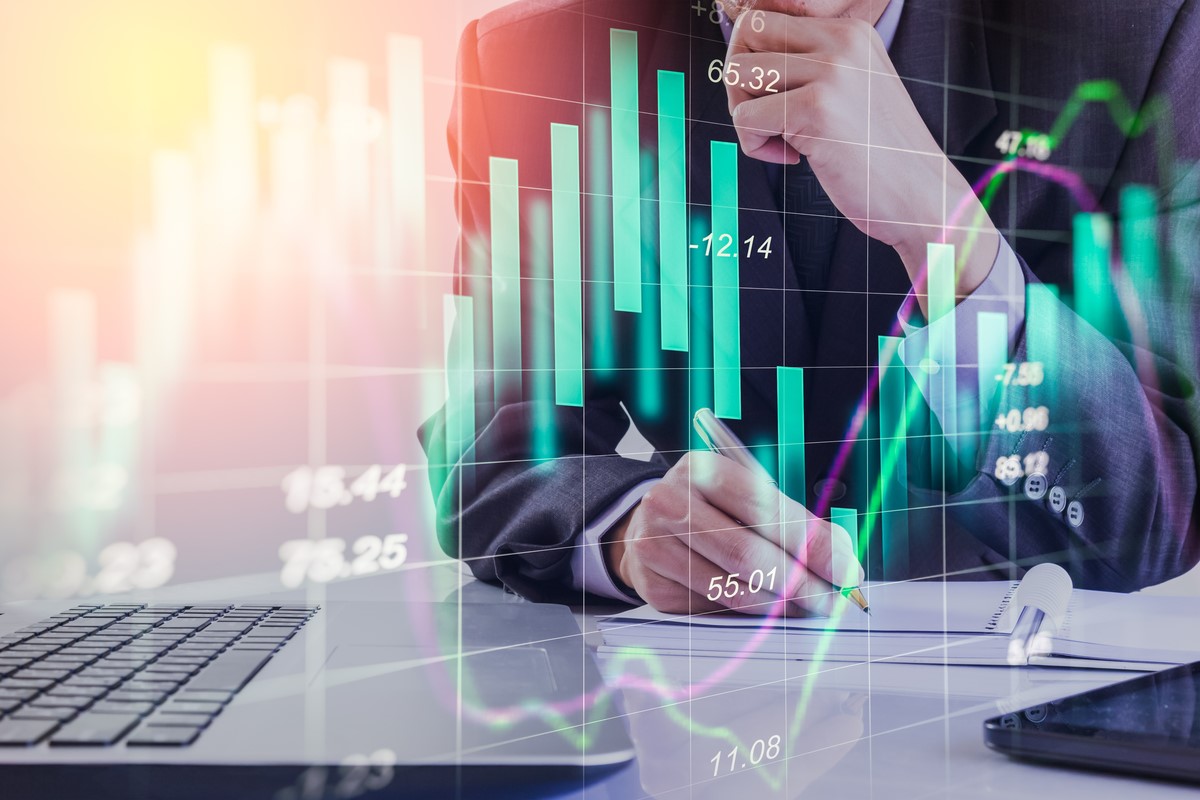 What is a Multiplier?

The multiplier effect refers to the amplified effect of an initial economic stimulus after all of the secondary or “ripple” effects have worked their way through the local economy. The initial stimulus is known as the Direct Effect. There are two types of secondary effects: Indirect Effects and Induced Effects. Indirect Effects capture the inter-industry effects only (i.e. industries buying from local industries). Induced Effects capture the local spending of Labor Income (after removing savings and taxes) by local households.

An industry’s multiplier represents the extra economic activity (whether in terms of output, employment, or value-added) that is generated in the regional economy for every unit of economic activity generated by that industry. The size of an industry’s multiplier effect depends on the amount of inputs that the industry purchases locally and the amount of Employee Compensation it pays to local residents. Therefore, multipliers vary by region, by sector, and by year. Larger regions like a state generally have larger multipliers than a smaller region like a county due to the fact that a higher proportion of inputs and household purchases can be made from within the state than can be made from within a single county. However, this is not always the case, especially if a county is very concentrated in a given sector compared to the rest of the state or it has a much different wage rate than in the rest of the state, for example.

Technically, multipliers are unit-less because they are calculated by dividing the total impact of a given item by the direct impact of that same item. For example, an employment multiplier of 4.5 means that for every direct job in that industry 3.5 additional jobs across various industries throughout the local economy are required. However, in the EB-5 setting, jobs per dollar of direct investment (known as a response coefficient), rather than jobs per direct job, are of most interest and importance. 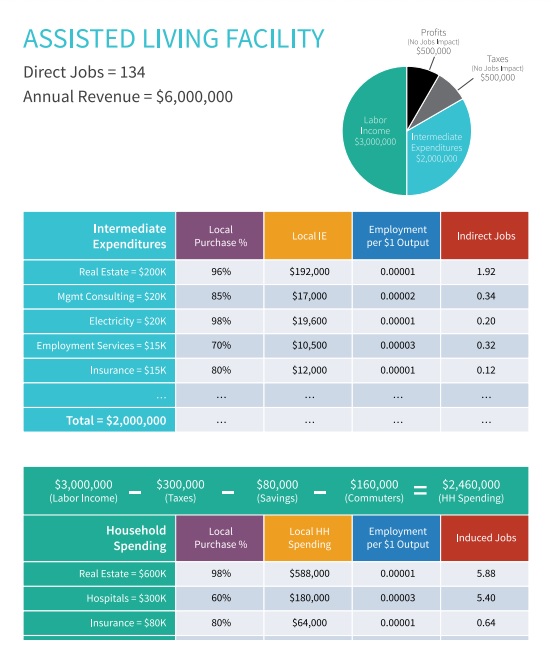 In the example illustrated here, the initial stimulus is the operation of a new assisted living facility. The direct impact generated by the direct investment of $6,000,000 amounts to 134 jobs1. Part of this $6,000,000 investment is set aside as Multipliers profit and another part goes to pay taxes. The leftover amount ($5,000,000) goes to purchasing inputs (goods and service) and paying wages.

How is a Multiplier Used?

Continuing with our current example, if we knew the direct employment of 134 and we knew that the employment multiplier for the Assisted Living Facilities sector in our region is 3.8, we would simply multiply 134 * 3.8 to get our total employment impact of 509. If the analyst did not know the direct employment figure but knew the annual revenue ($6,000,000 in the present case), he or she would multiply the revenue (a.k.a., Output) figure by the Employment per $MM Output response coefficient to get the total job impact estimate.

Special notes: When the direct effect involves a retail sector, margining must be taken into consideration to account for the retail markup in the price charged to the end consumer. Deflators must be applied when the dollar value of the investment is represented in a different year than the year of the response coefficient being used.

1 It should be noted that job impact estimates, whether from IMPLAN/I-RIMS, RIMS II, or REMI are headcounts rather than full-time equivalents; that is, they include a mix of full-time, part-time, and seasonal workers.

Jenny Thorvaldson is economist and lead data specialist at IMPLAN Group LLC’s Huntersville, North Carolina office.  In addition to managing most IMPLAN data products, Thorvaldson also performs analysis support and contributes to the website documentation and training materials. She received a B.S. in Biological Sciences and Spanish from Colorado State University in 2002 and a Ph.D. in Natural Resource Economics from Colorado State University in 2010. As a graduate student, Thorvaldson used IMPLAN to study the economic impacts of reduced irrigated agriculture in Colorado. She also taught microeconomics and environmental economics at Front Range Community College.