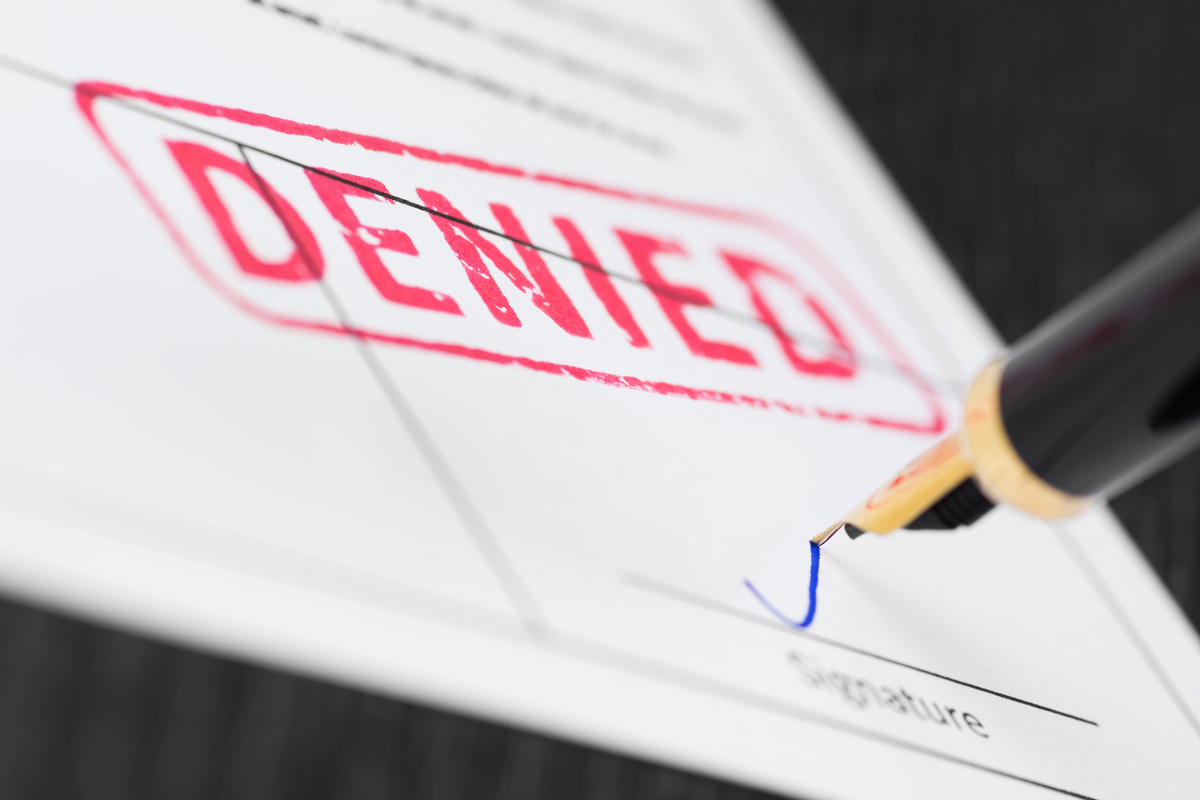 More than two years have passed since you arrived in the United States with your family, EB-5 visas in hand, to build a new life as conditional lawful permanent residents of the United States. You bought a home here, your children are enrolled in U.S. schools, and you and your spouse have started your own U.S. business, or perhaps are working for U.S. companies. Then, just when you have finally acclimated to life in the United States after living and residing there, your lawyer calls with bad news: the government has denied your petition (Form I-829) for a permanent green card. You have done everything right – you invested the funds, paid taxes, and assimilated into U.S. society.  Now, because of the denial of the I-829 petition, you and your family will face deportation and removal from the United States, the country you now call home.

Scores of investors each year face this frightening scenario which arises from the multi-step process of obtaining full permanent residency through the EB-5 Program (i.e., filing the I-829 petition within 2 years after acquisition of temporary residence after approval of the original I-526 petition). Under U.S. immigration law, every investor who immigrates to the United States through the EB-5 program is given “conditional” residency, valid for only two years. Before those two years expire, the investor must petition USCIS to grant the investor unconditional permanent residency. The request (referred to as an “I-829 petition” after the form number on which it is submitted) must include documentary evidence that the investor sustained his or her investment in the EB-5 project and that the project satisfies the EB-5 Program’s job-creation requirement that a minimum of 10 new jobs per investor were created by the investment. The government created the I-829 petition process to ensure that investors and the projects they finance fulfill the EB-5 Program’s requirements of an “at-risk” capital investment and job-creation. But when USCIS denies an I-829 petition, the results can be devastating: the investor and his or her family lose their conditional residency, and they are usually placed into deportation proceedings and face eventual deportation and removal.

Renewal of I-829 Petition in Removal Proceedings

What many investors don’t know, however, is that denial of the I-829 petition by the Department of Homeland Security and United States Citizenship and Immigration Services is not the end of the road, and that I-829 denial by USCIS does not necessarily mean that the investor and his family will be deported or removed from the United States. Though investors are inevitably distraught by the prospect of facing immigration court proceedings before an immigration judge, the fact is that immigration judges have the power to overrule USCIS’s I-829, approve the petition, and remove the conditions on their lawful permanent residence. In fact, the law requires immigration judges to make a new, independent decision on the investor’s renewed I-829 petitions, and under certain circumstances, if applicable, accept new and additional evidence to prove a qualifying EB-5 investment and job creation.[*]

It is not simply that an investor gets a second bite at the apple in the removal proceedings – the different procedures and forms of relief available in immigration court provide an immigration attorney experienced in deportation or removal defense with a set of litigation strategies, procedures, and remedies that are not available in the initial I-829 petition submission to USCIS. While the initial I-829 submission to USCIS is limited to documents and information submitted, immigration judges are required to accept and review a multitude of additional evidence, if applicable, including additional updated documentary evidence and live witness testimony, including expert witness testimony and opinions. Likewise, while USCIS has strict rules that prevent lawyers from speaking with the adjudicators who handle EB-5 petitions, attorneys representing investors in immigration court have a chance to discuss and negotiate with DHS trial attorneys, employ oral advocacy before the immigration judge, and cross examine government witnesses who testify in support of DHS’s denial.

Representing immigrant investors in immigration court also presents a set of challenges which are not part of the traditional EB-5 representation landscape. Unlike EB-5 practice before USCIS, immigration proceedings are “adversarial”— that is, the investor’s attorney must not only persuade the immigration judge that the I-829 petition should be approved, but must also anticipate and refute arguments by the DHS prosecutor whose job is to convince the immigration judge that the investor’s I-829 was properly denied or should be denied. In addition, deportation hearings are governed by a set of rules and procedures including a detailed regulatory and statutory scheme as well as a specialized practice manual that contains procedural court rules. The procedures are geared for the courtroom nature of the hearings, proper presentation of evidence, and alternative applications for relief, if any, such as voluntary departure and re-adjustment of status, among others. Immigration attorneys representing investors in immigration court must be prepared to cross-examine witnesses, raise evidentiary objections, preserve the record for appeal, present oral argument, apply for any and all available alternative forms of relief, and generally navigate the many rules that govern removal or deportation proceedings, all with the objective of seeking approval of the I-829 petition and winning the investor’s case or finding alternatives to legal and physical removal and deportation. Again, a critical factor is to properly advise the investor and his family on any non-EB-5 relief or defenses that may be available such as voluntary departure, cancellation of removal, asylum, a new adjustment of status application based on a new investment or other avenue, as well as advising regarding the costs and benefits of pursuing such avenues of relief in light of the investor’s individual circumstances.

In addition to challenging an I-829 petition denial in immigration court, investors may also bring a lawsuit in federal court seeking review of the USCIS’ I-829 petition denial. The procedures and nature of federal judicial review are quite different from immigration court. The government usually argues that the federal court is not allowed to hear the case, and so litigating I-829 petition denials in federal court involves complex jurisdictional issues in addition to the project-specific issues any EB-5 case presents. Moreover, while immigration judges are authorized to make an entirely independent decision on the investor’s I-829 petition, federal district court judges are generally limited to reviewing the record (i.e., the documents and information) that was submitted to USCIS along with the I-829 petition, including any responses to requests for evidence and/or notice(s) to intent to deny. Nevertheless, we have found that in certain circumstances, bringing a lawsuit in federal court provides the best avenue for achieving successful outcomes for investors – particularly in the Regional Center context, where USCIS denies multiple I-829 petitions in the same project. Finally, federal litigation, as well as administrative litigation in Immigration Court, allows experienced litigators to negotiate with government attorneys for a mutually agreeable settlement based on specific circumstances.

Finally, in some cases, USCIS has certified the denial of the I-829 for review (appeal) to the Administrative Appeals Office. While the investor does not have a right to file an appeal with the AAO, the government does have the right to certify or ask the AAO to review denials of an I-829. To date, the AAO has uniformly affirmed USCIS denials of I-829s. The fact that the AAO has affirmed the denial of the I-829 petition, however, does not mean that the investor has no additional remedies and would not preclude an action in federal court and/or litigation in removal proceedings, if applicable. Additionally, the investor may file a motion to reopen and/or reconsider the denial of the I-829 petition with USCIS; however, such procedures must be specifically calculated to create and supplement a better record for federal court review and/or renewal of the I-829 petition in removal proceedings, rather than simply allow USCIS to cure defects in an earlier denial decision.

USCIS’s denial of an I-829 petition can have a devastating effect on EB-5 investors. After emigrating from their home countries and building a new life in the United States, investors may face the fear of being placed in removal or deportation proceedings before an immigration judge, where they must fight for their right to stay in the United States. Fortunately, investors have a real chance to preserve their residency if they can present their cases appropriately and prove that their renewed I-829 petition should be approved. They may also seek federal court review and seek an order from a federal judge that USCIS’s decision to deny the I-829 petition was incorrect. These two procedures give an experienced immigration attorney a fresh chance to win the investor’s case or potentially negotiate an agreement with the government. When it comes to I-829 petitions, USCIS’s denial is not the final word. Armed with an experienced attorney, the law provides investors with a meaningful chance to win their unconditional permanent residency and the right to reside and live in the United States permanently.

[*] In a case called Matter of Herrera Del Orden, the Board of Immigration Appeals held that immigration judges reviewing USCIS’s denial of an immigration petition “should consider any relevant evidence without regard to whether it was previously submitted or considered in proceedings before the DHS.” See 25 I. & N. Dec. 589 (BIA 2011).

John Patrick Pratt is a Partner at Kurzban, Kurzban, Weinger, Tetzeli & Pratt, P.A., in Miami, Florida. Mr. Pratt received his BA degree from Florida State University and his juris doctor degree Tulane University School of Law. Mr. Pratt is AV Rated by Martindale-Hubbell, and is Florida Bar Board Certified in Immigration & Nationality Law 2005-2015. He concentrates in all areas of immigration and nationality law, including corporate immigration matters, employment based immigrant and nonimmigrant petitions, deportation or removal defense in EB-5 and all other contexts, and federal court litigation, including complex EB-5 related matters.