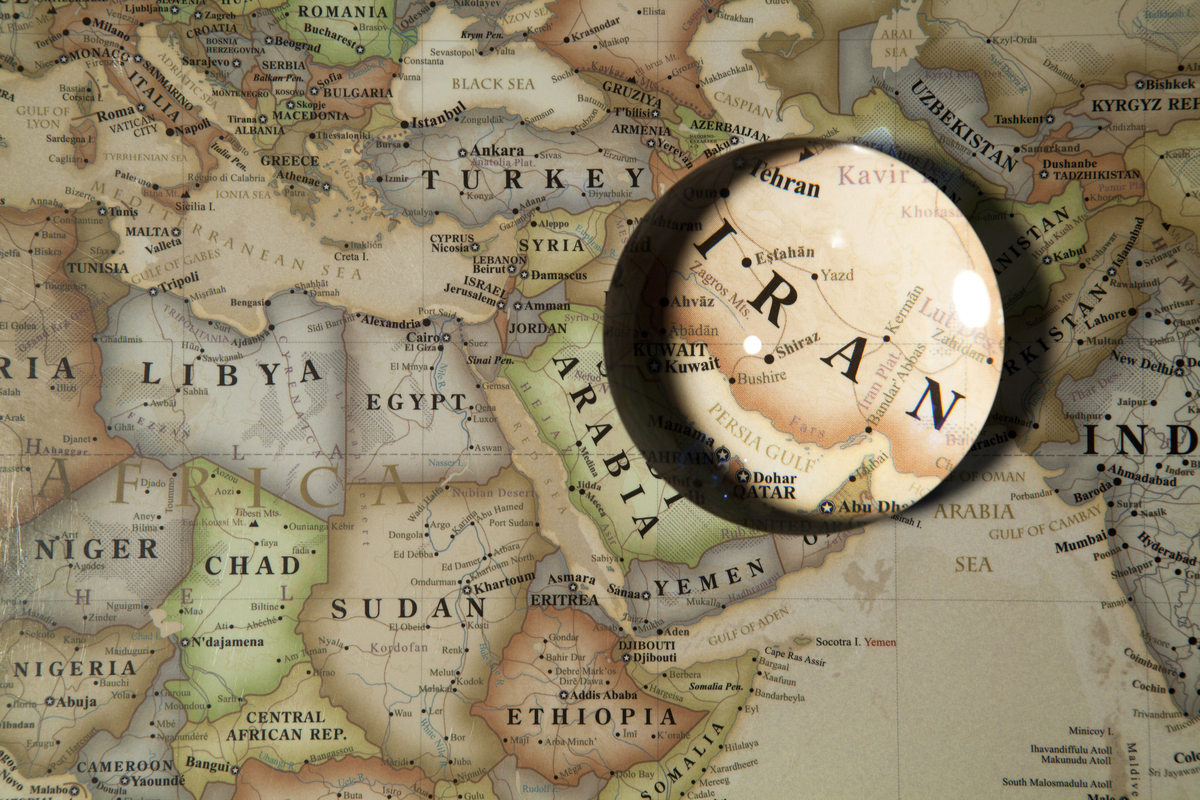 In 2014, Iranian EB-5 cases represented just 0.7% of the entire EB-5 pool, sitting at 8th place behind India[1]. While that may not seem significant, Chinese retrogression issues and talk of easement of existing sanctions mean that this segment of the EB-5 market may be of particular interest as an emerging pool of investors. That being said, navigating through a successful petition can be challenging for an EB-5 practitioner new to this portion of the market.

Prior to October 22, 2012, a U.S. entity was obligated to acquire a specific Office of Foreign Asset Control license to legally accept funds from an Iranian National. On that date, OFAC issued an amended general license that allowed U.S. projects to accept EB-5 and E-2 investment funds without having to procure a specific license. This cut processing times for Iranian cases by about 8 months (the average time to obtain specific license in 2012). This general license, however, is by no means a carte blanche for U.S. projects.

Firstly, U.S. entities still need to do their due diligence in making sure that the funds coming from Iran have not originated from an Iranian financial institution which is on OFAC’s Specially Designated List (SDN), more commonly referred to as “bad banks.” Secondly, U.S. entities must ensure that the individual investors and their spouses do not appear on the SDN list. Some projects are not mindful of this distinction, and assume that they are authorized to accept funds from an Iranian National, citing the expanded 2012 general license. This misstep by a regional center can prove to be fatal to both the investor and to the regional center. In fact, Under 50 US Code’s Sections 1705 (b) and (c), if a U.S. entity violates US economic sanctions laws against Iran, said entity may be subject to criminal violations that carry fines of up to $1 million and prison terms of up to 20 years, or both. Civil violations carry fines of twice the value of the transaction, or up to $250,000, whichever is greater.

When representing an investor or a regional center, and Iranian funds are involved, firms should act as “gatekeepers” that fully evaluate the source and path of funds prior to allowing investors’ funds to be transferred to a given U.S. project. This protects both the investor and the regional center. Oftentimes there may be name similarities on the SDN list, which need to be addressed head on. Additionally, significant blocks of time should be dedicated to evaluating investors’ pools of funds, and to counsel and educate them regarding the paths of their funds before they initiate any transfers.

As there is no direct banking relationship between the U.S. and Iran, some investors may gravitate toward use of an old-world method commonly referred to as the “Hawala system.” This is where an individual in Iran pays a certain sum to a money exchange house, called “Sarrafi” in Iran, and in return, the Sarrafi (for a set fee per U.S. Dollar), utilizes its connections in the U.S. to have local contacts here deposit an equivalent of said sum into the intended recipient’s bank account. The local contacts are generally U.S. persons who have family in Iran, and are trying to accomplish the reverse goal of transferring money from U.S. to Iran. It is important to note that use of said system is completely illegal under U.S. laws and is considered a form of money laundering, as the source and path of deposited funds are not verifiable. Therefore, it is crucial for an EB-5 practitioner to be aware of this system, and to counsel unassuming Iranian clients against use of said system. Generally, a less reputable, or a “bad Sarrafi” would resort to the Hawala system, and a more reputable Sarrafi would be aware of this distinction. Interestingly, the word “Hawala” literally means “to wire funds” in Persian -- so even if you utilize a Persian translator, keep in mind to explain the distinction between the literal meaning and the illegal method of transfer.

Realizing that there is no direct banking relationship between U.S. and Iran, OFAC and USCIS generally allow for the use of a reputable Sarrafi, provided that the Sarrafi utilizes a third-country bank (not on any SDN lists) as an intermediary bank for said transfer. If done properly, both the source and path of the funds are verifiable.

Therefore, evaluating your client’s Iranian bank and the method of money transfer early on are some of the added considerations which are not only inherent to an Iranian EB-5 petition, but also necessary steps for a favorable outcome.

When representing Iranian investors, in addition to conducting due diligence in sourcing investors’ funds, it is a good practice to seek an independent counsel’s OFAC opinion letter, and to include said opinion letter as an exhibit submitted to USCIS. This adds further evidence of legality of both the source and path of funds to a given project. This is especially important in light of recent increase of Iranian-specific RFEs questioning the legality of source and path of funds from Iran. Furthermore, there appears to be an emerging divergence of opinion between OFAC and USCIS regarding legality of Iranian Funds.

Historically, USCIS has denied Iranian EB-5 petitions, citing OFAC regulations as the basis, if the source or path of funds located in Iran has involved a “bad bank.” It is clear that OFAC is in line with USCIS in asserting an absolute embargo on transactions involving banks that are under Iranian government ownership. Where USCIS and OFAC seem to diverge in practice (with no clear written guidance from USCIS), is as follows: While OFAC is more concerned about the bank-entity from which the funds-transfer originates (right before departing Iran) and the path thereafter, USCIS takes it a step further and appears interested in identifying the path the funds took prior to landing at the last bank-entity in Iran. USCIS RFE’s can date as far back as 1991 (for a 2013 filing) in the “path of funds” context.

As noted at a stakeholder’s meeting conducted at the California Service Center, OFAC has expressed the view that involvement of SDN bank terminates at the juncture where the funds “rest” in a non-SDN bank, noting that at said juncture, the SDN bank no longer has an interest in the funds. However, USCIS utilizes a more stringent standard and has denied EB-5 cases where funds traveled through an SDN bank. Therefore, USCIS appears to take a more broad approach in determining the legality of funds from Iran.

For example, when the pool of funds involves sale of a real estate, which at some point was secured by a bank on the SDN list (which is not at all uncommon), is USCIS going to challenge “legality” of path of funds? It is the opinion of this author that determination of legality of funds entering United States is a question which should be left to OFAC, in which case a plausible argument can be made that USCIS may in fact be circumventing OFAC’s authority in certain cases. As such, it would be interesting to observe success of EB-5 practitioner’s arguments rooted in this circumvention of authority.

The 2012 OFAC expansion of the general license may have played a part in the rise of RFEs concerning source and path of funds, perhaps as a result of less stringent sourcing of funds practiced by attorneys and regional centers alike.

Another ripple effect of the 2012 OFAC expansion on USCIS decisions may be observed with upcoming I-829 adjudications. Historically the question of lawful source of funds is determined at the I-526 stage. Under 8 CFR Section 216.6(c) (2), regulations do provide for the legality of the source and path of funds to be revisited at the I-829 stage. With less OFAC oversight since October 2012, it would be interesting to see whether the upcoming I-829 adjudicators may be more inclined to revisit this question.

One of the challenges of sourcing of Iranian investor’s funds has to do with the fact that filing of tax returns in Iran is not as commonplace as in other countries. That being said, majority of Iranian investors are comprised of highly educated professionals and successful businessmen and women, and it is possible that a deficiency in tax returns is curable by submitting professional licenses (e.g. medical license for a physician) and or corporation licenses, in combination with business bank records and regular deposits to personal accounts. In addition, personal sworn statements from investors appear to fill in some gaps. In presenting the legality of source of funds, an EB-5 practitioner should take into consideration the investor’s profile at the time he/she acquired the asset (or leveraged asset) in question, and try to put together a coherent chain of events, leading to wealth generation for the client. Keep in mind that the standard of proof for EB-5 cases is “preponderance of evidence,” and that persuasive argument skills may come in handy when placing your client’s case before an adjudicator.

Another consideration for an EB-5 practitioner concerns the acceptance of legal fees form an Iranian National. 31 CFR Section 560.525(a)(1) and 560.525(a)(4) allows a U.S. person to provide legal advice to a an Iranian National, and the OFAC General License allows an attorney to accept legal fees without having to first procure a specific license. However, an EB-5 attorney still needs to make sure that the person being represented is not on the SDN list. When representing an entity, the entity should not be owned 50 percent or more by an SDN. If it is later discovered that a person or entity is on the SDN list, a report must be filed to OFAC within 10days, or counsel could be held in violation of OFAC regulations under CFR Section 501.603.

Another very important conversation to have with your Iranian investor concerns their continued dealings in Iranian businesses. Under OFAC regulations, once an Iranian EB-5 investor becomes a U.S. person, they must divest any interest they may have in their business in Iran, regardless of how successful that business may be. While they may continue their business activities while jumping through all the OFAC and USCIS hoops, once they gain their LPR status and are considered a “U.S. person,” they are subject to OFAC regulations and prohibited in further business activity in their home country.

Knowledge of OFAC rules and regulations and familiarity with a combination of local Iranian banking, real estate and property rules, and customs are necessary ingredients to a successful Iranian EB-5 petition. When tackling your first Iranian EB-5 case, it is advisable to seek advice from an attorney who specializes in this demanding area of EB-5 practice, as common missteps can lead to flawed petitions and could translate to heavy fines and penalties to a regional center.

The Law Offices of Marjan Kasra, LLC is an international law firm headquartered in Stamford, Connecticut. Kasra is the founder and managing attorney of the firm. She obtained her juris doctor degree in 1999 and earned her B.S. in biology and psychology from the University of Connecticut, followed by a two-year post-baccalaureate program at Columbia University. The office is a leading expert in U.S. immigration and specializes in the EB-5 and E-2 investor visa categories. With offices in Stamford, New York and Dubai, Kasra and her team specialize in customizing programs for Middle Eastern clientele.