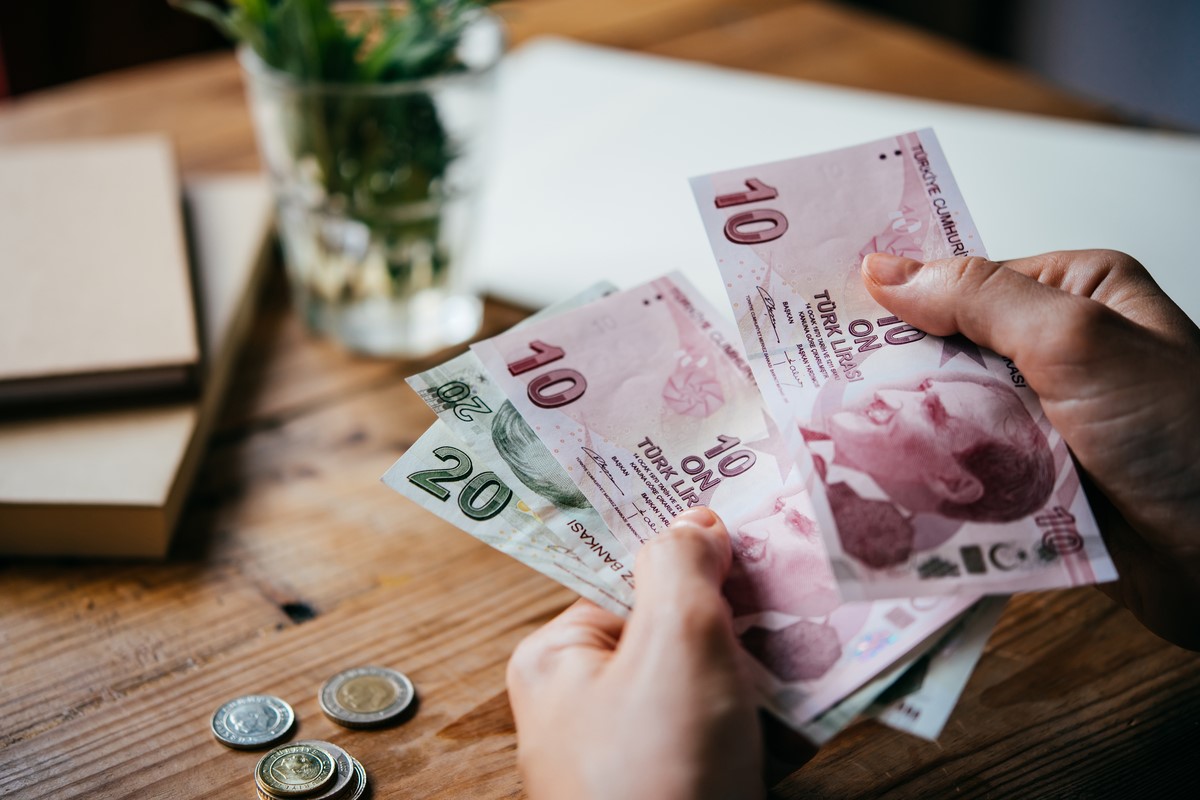 “I have just authorized a doubling of Tariffs on Steel and Aluminum with respect to Turkey as their currency, the Turkish Lira, slides rapidly downward against our very strong Dollar! Aluminum will now be 20 percent and Steel 50 percent. Our relations with Turkey are not good at this time!”[1]

President Trump’s Aug. 10 tweet of this year led to the greatest currency shock of the year, as the Turkish lira plummeted against the American dollar and other major currencies.[2] Prior to the announcement, up until April 27, the currency was hovering around four lira to the dollar. By Aug. 7, it had reached 5.23 lira to the dollar, and by the end of the week, following Trump’s announcement, intraday movements reported as high as 7.40 lira for one dollar.[3]

Such a large and sudden move has had and will continue to have quite an adverse impact on the buying power of Turkish citizens living and working in Turkey.[4] In the past, inflation has often followed these kinds of devaluations that has in turn made goods and services more expensive. Generally, in these situations, those who can adjust the price of the products and services eventually do so. However, fixed salary employees, those who have real assets denominated in Turkish lira, as well as those who have dollar denominated liabilities suffer the most. Moreover, a group of property owners who take false comfort in having their rents linked to the dollar also find themselves in a bind, as they too have difficulties in collecting their rents.[5]

IMPLICATIONS FOR THE EB-5 INVESTOR

The typical composition of the Turkish EB-5 investor is either a medium to high-income professional, or someone who has real estate to liquidate in order to fund the investment. Even prior to the currency crisis, there was a significant glut in real estate sales in Turkey. The market, especially in affluent areas such as Istanbul, Ankara and Izmir, has been a buyer’s market. In the short run, when the currency value drops this much, it reduces the buying power of the prospective purchaser of the real estate. Therefore, the value of the real estate falls even in lira terms. To make things worse, the actual sale value of long-held properties and their official records do not always match and therefore creates a source of funds challenge for Turkish investors.[6]

AFFORDABILITY VS INCENTIVE TO IMMIGRATE

As far as “affordability” is concerned, there is no question that a considerable section of the population has been affected adversely. The fixed income professional, the real estate owner, and the middle to upper-middle class citizen with lira-denominated savings in the bank, are all now less wealthy. Therefore, the EB-5 investment is less affordable for them. That said, the typical Turkish EB-5 investor’s net worth in dollar has been $3 to 10 million. Even if that number is now half, they could still afford the visa albeit at a much higher percentage of their personal net worth.

While affordability plays a significant role, the primary driver for immigration is the incentive to immigrate. Turkey is no exception in this regard.

Pull factors include: Better education opportunity at affordable levels with potential to receive tuition discounts through establishing residency in a state, better job placement opportunity from compensation and level of expertise to be gained perspective, better standard of living, practical training to gain work experience to get a better level of employment back in the home country after a few years, and amortization of top college expenses currently running at around $300,000 per child.

Turkish investors are often very patriotic.[7] It is not uncommon for investors to go back and visit or continue to do business in their former home country. This motive is important as it highlights the main reason of immigration to be “seeking a better opportunity” rather than “desperation.” They do not come to the United States as political refugees or asylum seekers. As such, they are more affluent and their financial net worth is immune to currency fluctuations and devaluations.

Independent of currency fluctuations, the behavior of the Turkish EB-5 investor or investors from any other country for that matter is affected by the following additional factors:

• The uncertainty of the fate of the EB-5 program. Investors are quite nervous since they do not know if the program will be renewed passed the current extension, now December 7, 2018 as part of the Continuing Resolution.

• Many investors are nervous that they might not be grandfathered from further increased minimum investment requirements.

• Increased awareness of alternative visas to EB-5 even though they do not result in permanent residency and eventually US citizenship.

• The duration it takes to get the permanent residency status following I-526 approval through the I-829 adjudication etc. pushes investors to investigate other popular global programs in Europe, Caribbean and other continents.

• The difficulty paused through the scrutiny of source of funds process when compared with other programs.

• Taxation of worldwide income as a result of obtaining US permanent residency status.

THE RIPPLE EFFECT OF THE DEVALUATION IN TURKISH CURRENCY TO EB-5 INVESTORS BEHAVIOR FROM OTHER EMERGING MARKETS: BRAZIL

Affordability is undoubtedly a critical factor affecting the EB-5 investors’ behavior. However, there are certainly other factors to consider. Brazil is an excellent example of a market where the Turkish cascade effect does not necessarily echo in all emerging markets. On the contrary, the potential of further devaluations and endogenous political instability create additional incentive to act more swiftly. Just as the tariffs expected to be levied by the Trump Administration on Turkish goods, tariffs on Brazilian steel and aluminum has had a negative impact on the Brazilian Real. That said, Brazil has roughly $400 billion in currency reserves and is expected to be able to withstand these currency devaluations without creating a major wealth erosion to significantly affect the ultimate decision to emigrate out of the country.[8]

Today, Brazil finds itself in political and economic inertia despite the election of far-right former army captain Jair Bolsonaro as its President. Until Brazilian policy is better defined to deal with pre-existing domestic issues that have already motivated the EB-5 investor to emigrate, the decline of the value of the Real against the US dollar[9] cannot dissuade the EB-5 investor from making a move. A far more pressing reason to immigrate to the US and other European countries is the political and fiscal difficulties that result in short and long term economic insecurity, social and political backsliding and above normal public insecurity in the overall system.

Argentina, on the other hand, is a different story. Unlike Brazil, and to some extent Turkey, the overheating of the economy and high inflation makes it much more vulnerable to currency devaluations. Argentina has no significant reserves to protect it from economic shocks that result from the appreciation of the dollar against the Argentinian peso. Therefore, as is well known, it had to resort to aid from IMF as a last resort and accept to raise the domestic interest rates to 45 percent, potentially further crippling its local economy. While both Argentina and Brazil have been facing internal difficulties in the form of political, economic and social pressures that indeed create enough motivation to emigrate out of the country, the financial realities make it much more difficult for the Argentinians to realize their dreams as opposed to the Brazilians or the Turks.

INDIA AND OTHER ASIAN COUNTRIES

Finally, other emerging market country currencies such as those of India[10], Indonesia[11] and Thailand[12] have also seen declines but they remain quite high relative to their previous highs. Therefore, from an affordability standpoint, it is not expected that investors from any of these countries will be deciding not to pursue the EB-5 investment due to the cascade effect of the Turkish currency devaluation.
Of course, no one can be certain of the ultimate effect that the recent Turkish devaluation will have on Turkish investor behavior and on other emerging countries. One thing that can be said for sure is that the impact will not be uniform. Other factors will undoubtedly weigh in and a composite set of elements will dictate the ultimate decision of the investor.

[5] Turunç Law Firm has reported that the Turkish Government has outlawed real estate and certain other transactions executed in foreign currencies in order to preserve the value of the Turkish lira against foreign currencies. http://www.turunc.av.tr/publications/alertmemos/32-Sayili-Karar-Tebligi-Degisiklikleri-(TURUNC-06.10.2018).pdf

Marko Issever is the founder and Chief Executive Officer of America EB5 Visa, a firm that connects international investors with EB-5 issuers. Issever leads the firm’s EB-5 capital-related activities at the Riverside Management Group. He recently launched CBP Invest that promotes second country citizenship services for E-2 visa-seeking non-treaty nationals. Previously, Issever was a managing director at BNY Mellon, leading the firm’s financial institutions derivative sales business globally. Issever earned his Master’s in Business Administration in finance from The Wharton School of the University of Pennsylvania. He is a graduate of Bogazici University and Robert College in Istanbul.