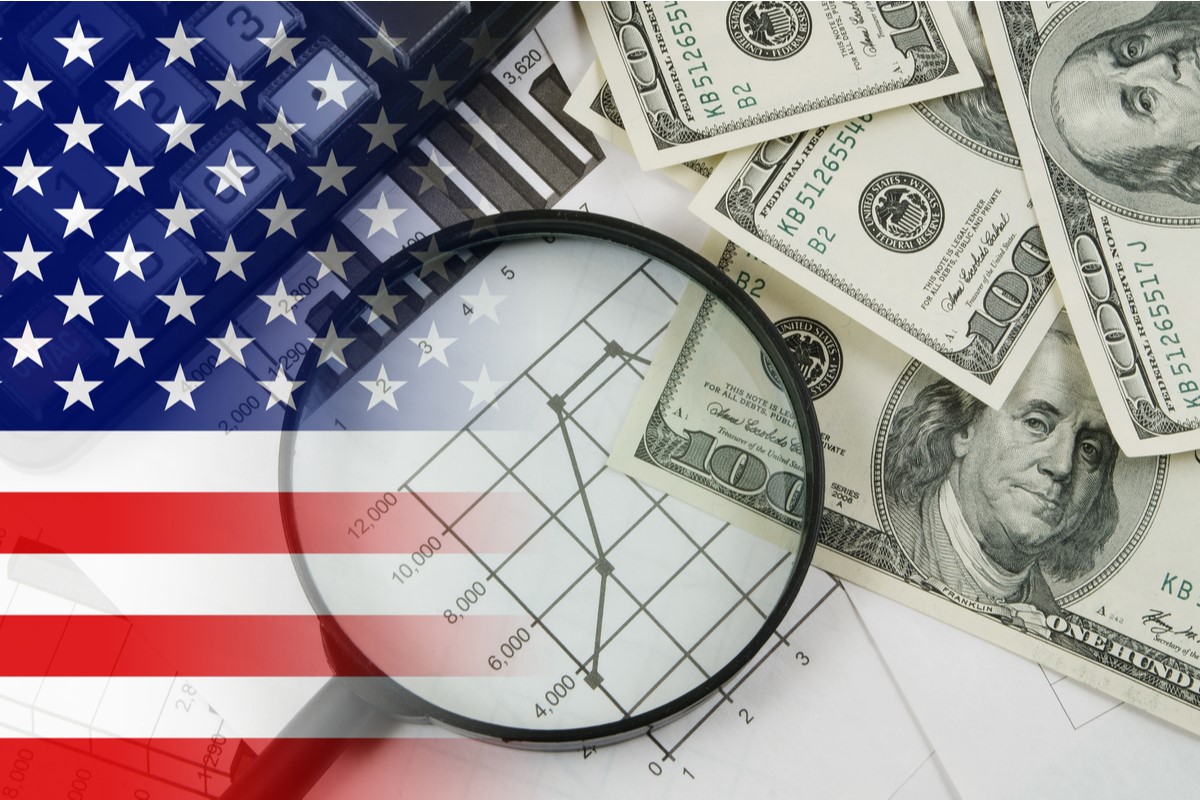 Investors seeking EB-5 opportunities rely on the political and economic stability of the United States. Since the worldwide economic crisis of 2008, investors have become more risk-averse and pay a lot more attention to what is happening around the world before investing their money in a project. This article attempts to educate the reader on the current status of the U.S. economy, the current forecasts, and analyzes the profitability of different industries as measured by the U.S. Bureau of Economic Analysis.

The U.S. stock market, like many other stock markets around the globe, had a rough start in 2016, mostly due to worries that China’s economy is slowing. Many economists view the drop in the markets as an overreaction to the news that Chinese economic growth is contracting. It is important to note that China’s economy in terms of Gross Domestic Product (GDP) is still growing. The slowdown refers to a reduction of the GDP growth rate, which has been revised from in excess of 10 percent a year to about 7 percent annually. By contrast, the U.S. economy has been growing at an average rate of 2.6 percent since 1980, with only one year in which it went above 5 percent, reaching 7.3 percent in 1984. There are reasons to believe that this “slowdown” is in fact healthy and part of the new normal. As the GDP rises above $8,000 per capita, economies experience a shift from blue-collar to white-collar jobs; society tends to be more stable and people make higher incomes, and consumers tend to level off spending in order to save and invest more. This means that the same level of growth experienced in China over the last 25 years will be hard to sustain, but this is a sign that the country’s economy is maturing from that of a developing country to a developed one.

By contrast, purchases of Chinese goods from the U.S. continue to surpass exports by a rate of around four times, which means that Chinese goods have a much stronger demand in the U.S. market than vice versa. In fact, while China continues to be the number one trading partner, exports of U.S. goods to China only represent about 8 percent of total U.S. exports—meaning the U.S. economy is not fully exposed to risks of a Chinese slowdown.

The U.S. economy is in fact doing well on its own as the latest economic indicators suggest. Unemployment levels have reached 4.9 percent as of February 2016, which is considered “full-employment,” while personal consumption expenditures are growing at a rate of 3.1 percent as of 2015—with an inflation of the same type of goods and services at just 0.3 percent. In the meantime, GDP growth continues to remain in healthy territory of about 2.5 percent as of 2015, and is expected to remain positive—although many analysts forecast it to be a bit lower between 2.1-2.5 percent this year.

When analyzing the stock market, the Standard & Poor’s 500 index (S&P 500) finished 2015 virtually unchanged (-0.69 percent). This is, however, misleading as a handful of stocks performed very well, implying that if it wasn’t because of this, the market would have experienced a severe correction. This correction, extended to the first few weeks of 2016 as fear of another global meltdown was raised, is expected to revert later in the year. In fact, at the time of writing this article, the stock market is recovering along with price increases in oil, which has been at the lowest point in nearly ten years. With this data in mind, most economists and analysts agree that the risk of the U.S. entering into a recession in 2016 is low.

Looking forward, unemployment is expected to remain low and wages are expected to rise along with inflation, which will help U.S. businesses increase productivity. In 2016, we can also expect the U.S. Federal Reserve to raise interest rates slightly perhaps two more times to avoid hurting the economy. This will be necessary to promote lending and consumer savings, but if done too fast, it may have an adverse effect on real estate and construction which have been recovering since 2008.

Let’s now take a look under the hood at the U.S. economic performance. When analyzing the data published by the Bureau of Economic Analysis to understand what sectors are experiencing the strongest growth in revenue and profitability, we noticed that between 2008 and 2012, the latest period available for this analysis, the highest revenue growth was recorded in Manufacturing of Apparel and Leather and Allied Products with an average of almost 12 percent growth per year and a net profitability of 8.8 percent after taxes. This increase may be justified by the increase in consumer’s expenditures that follows an increase in consumer’s confidence. Along with this industry, the second industry experiencing the highest growth was Data Processing, Internet Publishing, and Other Information Services—an industry that is six times larger than the top performer and is experiencing an average revenue growth of 7.7 percent per year in the same period with an average profit margin of 2 percent after taxes. The top five performers when it comes to revenue growth can be seen in the table below:

When considering the industries experiencing the highest growth in net profits after taxes, we noticed that the Real Estate industry is the unquestionable top performer with a growth of 760 percent in profits in the period between 2008 and 2012. This industry experienced a growth in revenue of only 2 percent per year, which implies that a lot of transactions took place with little increase in prices. This was mainly created by the drop in home prices and the subsequent profits that followed short sales and foreclosures. Real Estate was followed by Manufacturing of Plastics and Rubber Products which increased profits from 0.46 percent to 5.57 percent after taxes in the same period with an increase in revenue of 2.25 percent per year.

Needless to say, the industries mentioned above are not the typical ones observed in the EB-5 world nowadays. When looking at some of the most common EB-5 sectors, Accommodations, Senior Living Facilities, and Construction of Commercial Structures, we find that except for Construction, all are strong performing industries with average revenue growths of 1-5 percent per year and profits growing at nearly 30 percent annually. See the table below:

So, in conclusion, the U.S. economy is still expected to grow this year, although at a slower pace than it has in the last few years. Typical EB-5 industries are expected to perform well in the next few years, but there are also opportunities for other industries to take advantage of the program, and foreign accredited investors are in a great position to invest in a robust and growing and stable economy for the foreseeable future.

Ismael Fernandez is an EB-5 economist, and the founder and president of Greengate Consulting, LLC, which operates out of Atlanta, Georgia. The company is dedicated to guiding and preparing small firms for the establishment of operations in the United States. Greengate also prepares domestic developers for accepting foreign capital under the EB-5 program. Mr. Fernandez has experience producing both EB-5 economic impact analyses and Matter of Ho-compliant EB-5 business plans.