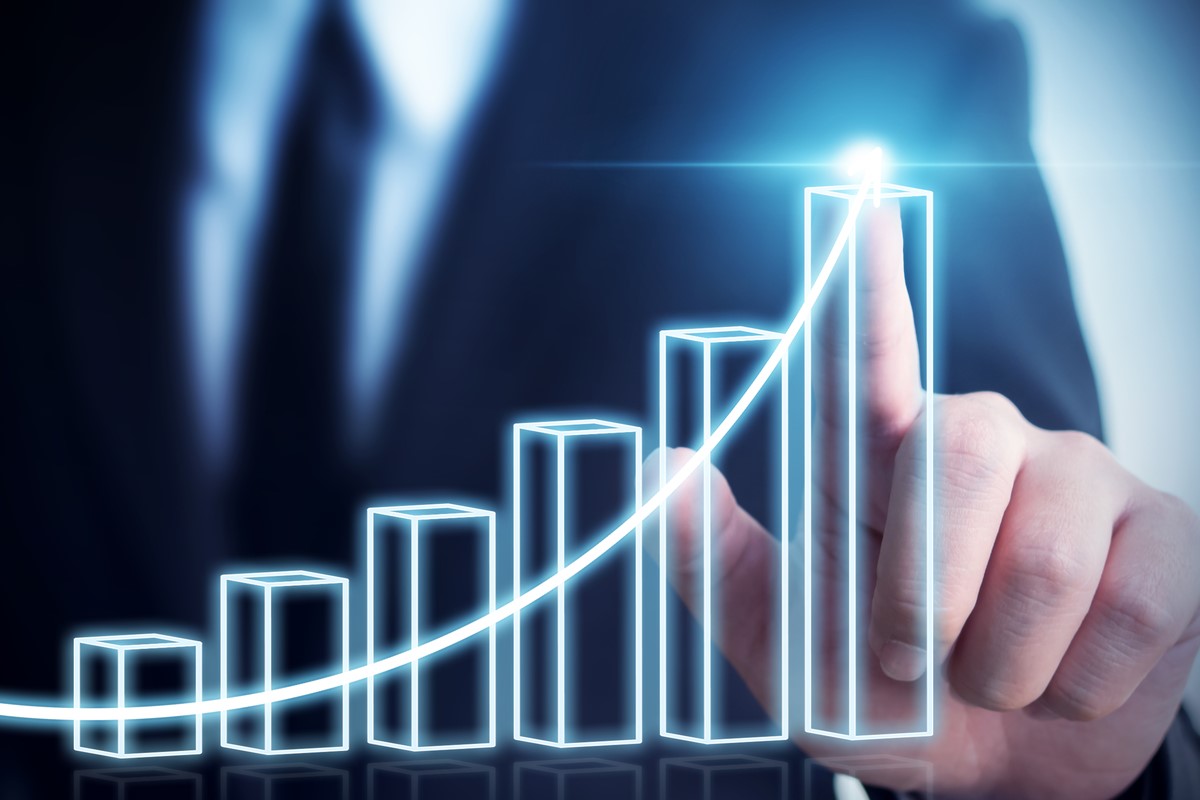 The EB-5 Regional Center Program is responsible for tens of billions of dollars in capital investments and tens of thousands of American jobs. It’s critical for lawmakers to understand the detrimental consequences to the U.S. economy if they allow EB-5 to lapse or expire.

It is essential that the EB-5 regional center industry work toward reform, improvement and reauthorization of the program to achieve a more efficient and sustainable program for the future and to ensure it can continue, without a lapse, to provide investment and jobs to American communities, both big and small.

From 2005 to 2015, over $15 billion in foreign direct investment (“FDI”) flowed into the U.S. from across the world thanks to the program. During this time, and especially in the years that followed the Great Recession, the program became a potent economic development tool for diverse communities and industries across the country. More than $14 billion of over $15 billion in EB-5 capital was invested in the U.S. in the years following the financial crisis of 2008.

Today, the EB-5 regional center industry needs to lead the stakeholder community in educating the government, media, and public about the important work going on across the country thanks to the program—creating vital American jobs at no cost to taxpayers.

With the September 30 expiration date for the program fast approaching and the presidential and congressional election campaigns dominating the news, it can be difficult to cut through the noise to navigate how we can best pursue a future of growth and opportunity in this industry.

I have seen firsthand the challenging yet rewarding work industry stakeholders like you do to harness the opportunities that flow from globalization to address economic issues in your communities. Thanks to our shared success in building this multi-billion dollar EB-5 capital market, regional centers will play an integral role in the U.S. economy for years to come. But we must remain diligent in our advocacy, education, and self-regulatory efforts, as detailed below, to ensure that EB-5 regional centers are able to continue and increase their contributions to the nation.

As the EB-5 regional center industry debates reform measures to include in legislation to reauthorize the program, it is important that we take time to understand the real world consequences of letting the program expire. Some key lawmakers have publicly stated that the program needs significant reforms or it should be allowed to expire or lapse. The industry knows that any outcome that results in a program lapse or expiration would be a disaster for the U.S. economy with lingering damage that could not be undone.

Why should Congress and the American public be concerned about a program lapse, even a small one?

For starters, a lapse in the program would mean that more than $16 billion in FDI (12 percent of U.S. inbound FDI) that is either already injected or waiting to be injected into the economy through EB-5 projects would be thrown into chaos—along with tens of billions of dollars in other project financing that is leveraged and reliant on the finance structure of EB-5 capital projects. Investors who already have their initial EB-5 petitions (I-526) approved by U.S. Citizenship & Immigration Services (USCIS), but who have yet to be issued a visa and investors with pending I-526 petitions would—based on guidance provided by the federal government—no longer have statutory basis for adjudication under the rules that governed the program at the time of filing.

Without the program, investors will have no grounds for I-829 adjudication and will be left hanging in the balance. They would undoubtedly file lawsuits. This is essentially placing a “closed for business” sign on the door to America, deterring future foreign direct investment.

As funding for affected projects is halted and investor petitions are suspended in bureaucratic purgatory, the U.S. would watch litigation destroy the potential for EB-5 capital to support hundreds of thousands of American jobs.

Furthermore, the more than 30,000 families that were willing to risk their personal wealth and immigration status—all for the American Dream—would be left feeling disappointed, confused and betrayed. Congress needs to hear directly from the industry about the reality of the choices under consideration to ensure they understand expiration of the program is not a viable option.  The outcome that enjoys strong support from stakeholders across all sectors is quite simple: reauthorization and workable reforms that enhance program integrity and expand economic opportunity and benefits.

With so much at stake, the industry must lead the way in achieving this desired outcome.

Congress has prioritized program integrity, as we have seen in various bipartisan bills over the past year, including S. 1501 and S. 2414. Some of these measures include background checks for regional center owners, banning participation in the program for anyone who committed certain crimes, including drug trafficking and terrorism, and forbidding foreign ownership of a regional center. These measures also address concerns that EB-5 could somehow be used as a vehicle for criminals to legally enter the U.S. Overwhelmingly, the entire industry supports improved integrity measures to weed out the fraudsters, cheats and criminals while allowing the rest of the industry to contribute to the American economy through job creation and economic development.

The Department of Homeland Security (DHS) has EB-5 on the White House’s “unified regulatory agenda” to update the program’s regulations for the first time since the early 1990s. This regulatory overhaul will proceed at a slow pace before it is finalized and goes into effect. This will occur as USCIS enhances its law enforcement capabilities.

For example, after successfully embedding inter-agency partners at the Investor Program Office; USCIS now has nearly 200 employees working on EB-5 adjudications, including entire departments focused on stakeholder compliance, policy and strategy and public engagement. No matter what reforms are included by Congress, USCIS is clearly taking steps to do everything in its power to update EB-5 policy with 21st century policy standards in fraud deterrence, national security, and movement of capital internationally.

In the last few years, Invest In the USA (IIUSA) has worked tirelessly to develop meaningful self-regulatory processes that hold its members and the industry to the highest standards of ethical business practices. Additionally, IIUSA has a long history of supporting reforms that would improve program integrity, including those proposed by the legislative and executive branches. Several pieces of EB-5 legislation have been introduced in Congress. Following a process of constructive engagement and comprise, these pieces of legislation are now under consideration as a single and broadly supported reform and reauthorization bill.

Code of Ethics and Best Practices

Since 2014, IIUSA’s membership has approved five new and updated several other best practices’ documents that strive to hold its members and the industry to the highest standards possible. This includes the Code of Ethics and Standards for Professional Conduct, which was approved, hand-in-hand, with an enforcement procedures process. In an effort to promote self-regulation of the industry, as well as encourage all people and organizations in the industry, the enforcement procedures include a vehicle to file complaints against bad actors, along with a detailed process on how these complaints are handled internally.

IIUSA has recommended best practices for regional centers, anti-money laundering/know your customer efforts, engaging with sales intermediaries, and in terms of compliance with securities laws. These combined with the Code of Ethics, along with enforcement of the established complaint process, set a high bar for how the industry is expected to operate. Lastly, IIUSA uses its various educational offerings (publications, conferences, etc.) to keep the industry informed of essential intelligence on compliance, market dynamics, and ever-evolving best practices.  Long story short, EB-5 is not a spectator sport.

The pieces of the puzzle are on the table and many of them are already in place for EB-5 reauthorization and reform.  As many supporters in the Senate stated in an EB-5 hearing earlier this year, Congress must “mend it, not end it.”

During this hearing, we learned about the implications of even a short lapse in program authorization, something that would cost the U.S. economy billions of dollars—a shock the financial system cannot afford and one that would launch a litigation frenzy in which everyone loses. With little time until the reauthorization deadline, the thought of a lapse should not even be under consideration by Congress. But the onus is on the industry to reach consensus and use our collective voice to spur Congress to reform and reauthorize this vital part of the post-recession economy in the U.S.

Years of success, advocacy, experience and relationship building have led us to this moment. The EB-5 industry and Congress are in an optimal place to negotiate durable reform that results in a stronger, more efficient EB-5 program.  The message for all of us to carry is simple: the EB-5 regional center program must be reauthorized without a lapse or countless communities, regional centers, and investors will face desperate times and years of protracted, expensive court proceedings.

Since 2010, Peter D. Joseph has been the executive director of Invest In the USA (IIUSA) – the trade association for the EB-5 Regional Center Program. Joseph has been involved in the EB-5 program since 2007 when he worked at an EB-5 law firm, later consulting with regional centers and service providers. He received his M.S. from DePaul University’s School of Public Service, and his B.S. from Ithaca College.