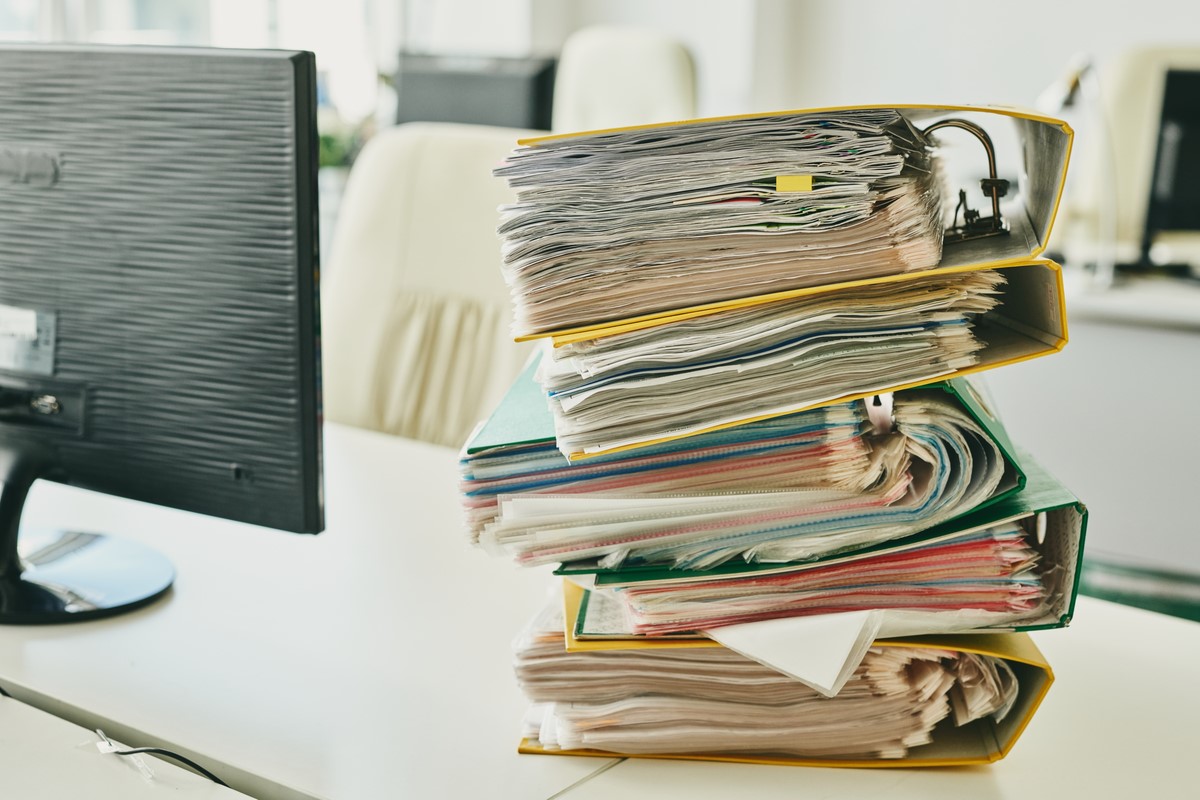 by David Hirson and Cletus Weber

The inevitable visa backlog for China-born EB-5 investors and their family members has been rumored for some time, but concerns finally became reality when Charles Oppenheim of the U.S. Department of State (DOS) recently predicted that, around June 2015, the DOS will need to impose an initial two-year visa backlog for EB-5 investors born in Mainland China. Also, as described in more detail below, Oppenheim further predicted that this waiting line for Chinese EB-5 investors will continue to grow in years to come. This article explains the visa backlog problem and how it will affect EB-5 investors, EB-5 regional centers, project developers and the EB-5 industry on the whole, as Chinese investors adjust to the new delays in visa processing and/or U.S. law is changed. The accompanying articles explain calculating child “age out” issues under the related Child Status Protection Act (CSPA), and provide guidance on strategies for practitioners working with Mainland China-born EB-5 investors.

The U.S. visa allocation system is complex and technical, but simply put, 10,000 visas are allocated annually for the EB-5 category and applicants from all countries are treated equally until it appears that the entire annual allocation will be used up during a particular fiscal year. When that happens, applicants from over-subscribing countries (technically speaking, countries that use more than 7 percent of the worldwide total) must wait for a future year’s allocation to be available before they can obtain a green card. This allows applicants from other countries to apply for and obtain green cards without additional delay. Until the past fiscal year, worldwide EB-5 visa demand never required a cap on any one country’s visa usage, but visa usage in the current fiscal year, and foreseeable fiscal years, is expected to continually reach 10,000. Because investors from Mainland China use so many EB-5 visas, they will face a growing backlog in waiting to obtain a green card.

In overseeing the EB-5 visa allocation system, the DOS must use (or reallocate to other visa categories through technical rules) all 10,000 visas—but never more than that. To decide which applicants can obtain green cards in what order, the DOS establishes a queue by assigning each investor a “priority date,” which is the date that U.S. Citizenship and Immigration Services (USCIS) receives the investor’s I-526 petition. Once the DOS establishes a cut-off date in the EB-5 category, only investors with approved I-526 cases and priority dates before the cut-off date are eligible to proceed with consular processing (CP) or adjustment of status (AOS). As predicted for the 2015 fiscal year, China is the only country that will be subject to delays while waiting for visa numbers. Investors from all other countries can continue to process without additional delay.

Since the establishment of the EB-5 program in 1990, applicants never used all 10,000 available EB-5 visas until fiscal year 2014 (Oct. 1, 2013 to Sept. 30, 2014). In that fiscal year, the world used the entire quota just before the fiscal year expired.[1] Even though investors born in China used the lion’s share of the 10,000 visas, the worldwide quota was reached so close to the end of that fiscal year that no immediate impact was felt. Starting in fiscal year 2015, however, investors from China are expected to face a persistent backlog going forward.

Specifically, Charles Oppenheim, chief of the Immigrant Visa Control and Reporting Division of the U.S. Department of State, announced the potential repercussions of this unprecedented demand for EB-5 visas during a conference presentation at an EB-5 event in San Francisco on Oct. 24, 2014. In his address, Oppenheim predicted that around June 2015 the DOS will issue a Visa Bulletin with an EB-5 cut-off date of around July 2013 for Mainland China-born applicants.[2]

The EB-5 backlog for China-born investors will cause pain throughout the EB-5 program; investors and family members, regional centers and developers will all suffer.

Chinese investors will suffer because, instead of going straight to Guangzhou (or USCIS) to get their green cards after I-526 approval, they will have to wait for the Visa Bulletin light to turn green, which may take years. They also may have to wait longer for return of their investment funds after obtaining their permanent green cards, because the regulations stipulate that investors may not receive return of their capital prior to approval of unconditional permanent residence (green card). Instead of waiting the typical five years for return of investment capital, Chinese investors will have to tack on additional time, equal to how long they waited for their priority date to become active after receiving I-526 approval. Investors in direct, non-regional center investments may have to find someone else to operate the business for several years, in their absence, while they wait for a green card.

More importantly, the added delay between the I-526 approval and the green card application approval can threaten benefits to investor children, which is typically a driving force behind the decision to immigrate to the United States in the first place. The delay can force children to “age out,” meaning that they will no longer qualify as derivatives on their parent’s application, but have to be treated as separate individuals—needing their own investment, immigrant petition and green card application. (Please see What EB-5 Investors Need to Know About the CSPA in this feature for more details on child age-outs).

Regional centers and developers suffer in several ways. First, the delay may make it harder to market EB-5 projects in competition with investment programs around the world with faster processing times. Second, exit strategy issues will arise if earlier investors in a project who are unaffected by visa retrogression obtain I-829 approval long before subsequent, retrogression-impacted Chinese investors are even allowed to apply for immigrant visas (or adjustment of status). These earlier investors will want to obtain return of their investment capital years before Chinese investors have completed the EB-5 process, creating tension between different investors’ needs in light of EB-5 requirements.

For example, if the new commercial enterprise (NCE) in which the investors invest also owns the project entity itself (i.e., “equity structure” project), and return of capital to investors hinges on sale of the project, could the NCE sell the project before all investors’ I-829 petitions have been adjudicated? Under current USCIS policy, it might not be able to do so, as premature sale would sever the nexus between the NCE and job-creating activities on which later I-829 approvals would rely. Forcing an NCE to continue operating a project until all investors’ I-829 petitions have been approved could create economic hardship to the NCE. Moreover, if the NCE were unable to sustain operations indefinitely due to economic conditions, despite the NCE’s good faith efforts, USCIS might consider the failure of the long-term operation as a basis for denying later-filed I-829 petitions for Chinese investors, even though USCIS had long since approved I-829 petitions filed earlier for non-Chinese investors. This is one of many areas in which the Chinese EB-5 backlog may end up harming non-Chinese and Chinese investors alike if the Chinese backlog is not ameliorated. 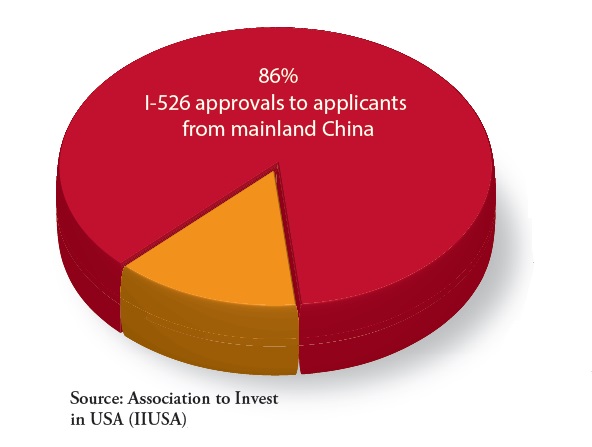 Problems could also arise for regional centers or developers for projects funded through a "loan structure,” in which the NCE loans EB-5 investor capital to a separate job-creating entity (JCE). If the JCE has finished the project and has fully repaid the NCE, may the NCE use the repayment proceeds to buy out investors whose I-829 petitions have been approved and then hold the remaining funds in the NCE pending later-filed Chinese investors’ I-829 adjudications? Unfortunately, the answer is unclear under current USCIS policy.

Overall, regional centers and developers must be prepared to navigate murky USCIS policies on these and other issues, adapt to changing rules, and manage all of their investors’ expectations along the way, as the Chinese EB-5 retrogression takes hold and the delays continually grow. Both the American Immigration Lawyers Association (AILA) and the Association to Invest in the USA (IIUSA) have established respective subcommittees to research and recommend to USCIS potential solutions that increase predictability of the EB-5 program caused by Chinese EB-5 retrogression, but the outcome of such efforts is extremely difficult to predict, as is the likelihood that Congress might increase the visa numbers through legislation.

Minimizing the impact on Chinese investors

Despite the impending retrogression, EB-5 investors from China can still make their investment and file their I-526 petitions with USCIS. USCIS will continue to adjudicate the I-526 petitions as usual, because the visa cut-off dates do not impose a delay until after the I-526 petition is approved (i.e., the cut-off dates are imposed only on the green card applications themselves: the DS-260 application abroad or the I-485 application at USCIS). The following are suggested strategies for immigration attorneys to reduce the negative impact visa backlogs impose on Chinese investors. (These points are described in greater detail in Strategies for Dealing with Retrogression). 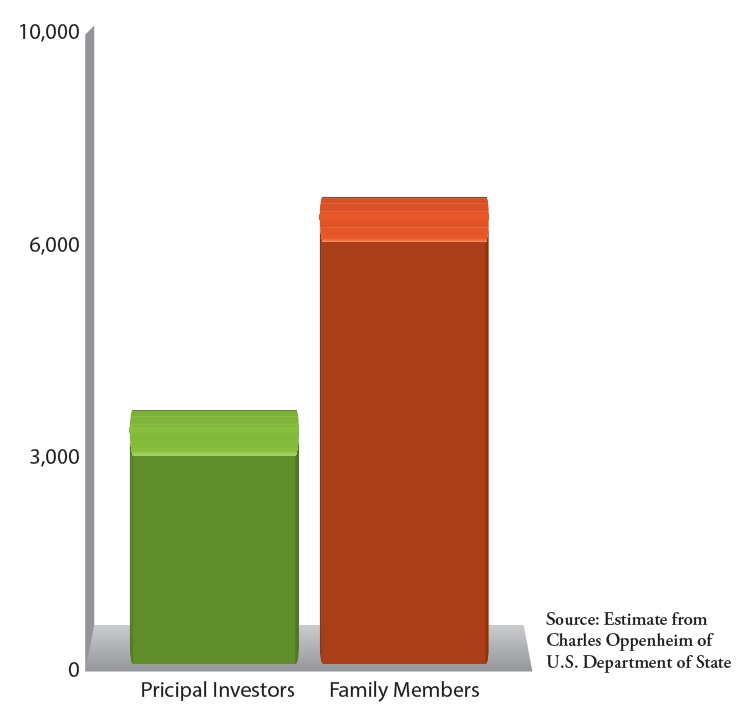 The rapid growth in the amount of capital raised through the EB-5 program from Chinese and other investors certainly demonstrates that the EB-5 program represents a vibrant, healthy program with strong demand and substantial U.S. benefit in terms of job creation. On the other hand, the upcoming backlog represents a substantial burden for Chinese investors and will impact everyone else in the EB-5 industry. Based on Oppenheim’s prediction, the China backlog will only continue to increase over time unless Congress changes the law by increasing the number of EB-5 visa numbers available and/or eliminating the requirement that derivative family members be included in the visa quota. The State Department opposes changes by executive order on legal grounds but does not seem to oppose any change proposed by Congress. Interested parties should encourage policy makers to take action to address this serious and increasingly burdensome EB-5 program visa-backlog problem.

Without any relief from Congress, investor family members will continue to count toward visa quotas and limit the number of actual investors who can immigrate through the EB-5 program. Currently, only one out of every three EB-5 visas issued is issued to an actual investor, with the rest going to family members.[3] As a result, only about one third of the potential amount of capital is being raised for investment in the United States; only about one third of the total potential job creation—100,000 jobs per year for U.S. workers—is being achieved; new developments can be slowed or even cancelled without a steady influx of investors—this included much-needed hospitals, assisted living facilities and other essential projects in the national interest of the United States; and, the United States may lose talented individuals ready to invest and create jobs in the United States to other countries with faster processing times and less bureaucratic red tape.

[2] Oppenheim made this prediction while speaking at the 4th Annual EB-5 Market Exchange, a national EB-5 conference sponsored by the Association to Invest in USA (IIUSA).