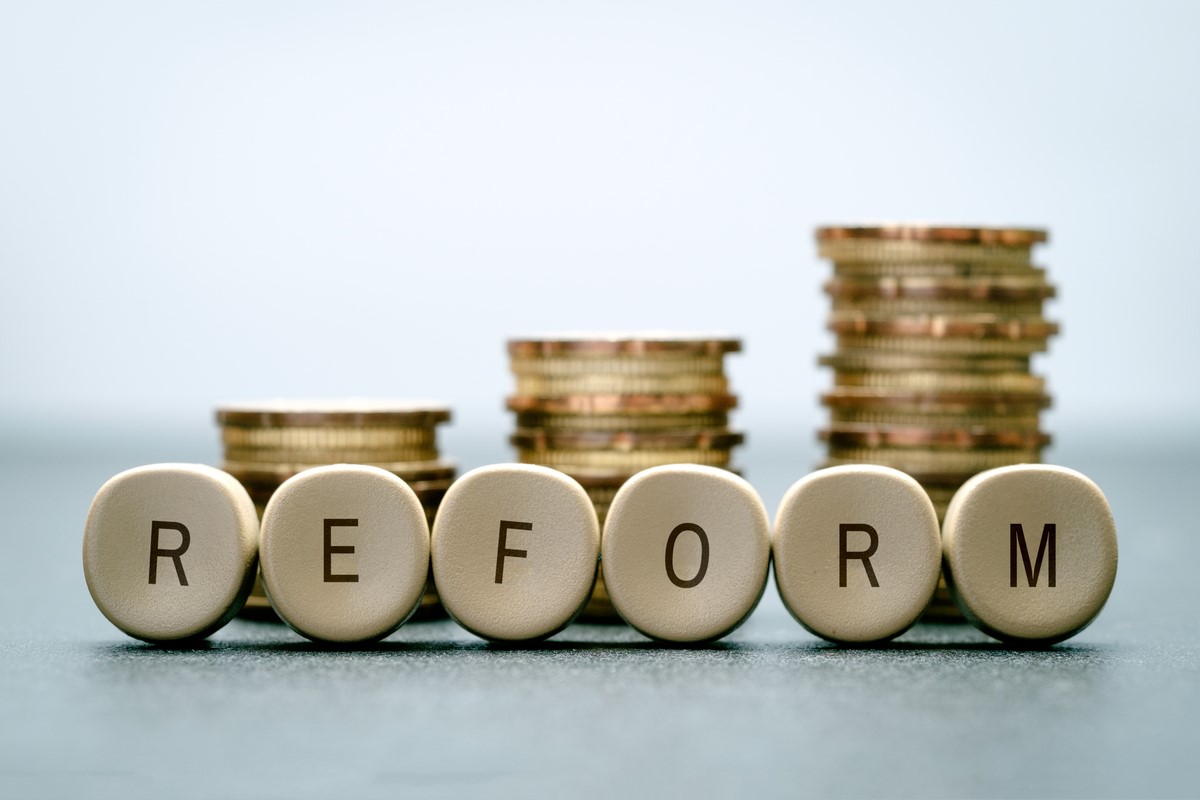 “As I have stated very clearly in several bicameral, bipartisan letters, the administration should finalize the modernization regulation as soon as possible. That regulation is a critical and necessary step towards reforming [the EB-5 Program].”[1]

These words were spoken by Senator Charles Grassley at the tail-end of his opening remarks during a Senate Judiciary Committee hearing held on June 19, 2018. The purpose of the hearing was to discuss the status of EB-5 regulations first introduced by the Department of Homeland Security (DHS) in January 2017, which proposed, among other things, to raise minimum investment amounts, change how targeted employment areas are defined and designated, and increase oversight of regional centers’ operations. While the EB-5 regulations have yet to be finalized, recent developments suggest that reforms may soon be on the horizon. What is the current state of the EB-5 rulemaking process and the potential implications for prospective investors seeking to obtain lawful permanent residency through the EB-5 program?

OVERVIEW OF THE FEDERAL RULEMAKING PROCESS

To assess the current state of the proposed EB-5 regulations it is first necessary to review the main components of the federal rulemaking process. Broadly speaking, federal regulations are one of the fundamental tools of government used to implement public policy in the United States. The process by which federal agencies formulate, amend, and/or repeal regulations is commonly referred to as rulemaking, which is governed by the Administrative Procedures Act (APA) of 1946 (5 U.S.C. §551 et seq.). Written to facilitate consistency and predictability in agency decision-making, the APA provides for both formal and informal rulemaking.

Agencies use formal rulemaking procedures set forth in sections 556 and 557 of the APA when “rules are required by statute to be made on the record after an opportunity for an agency hearing.”[2] Because few statutes require such “on-the-record” hearings, however, agencies more frequently circulate rules through the informal rulemaking process pursuant to section 553 of the APA, otherwise known as “notice-and-comment” rulemaking.

The NPRM announces and explains an agency’s plan to address a particular issue or accomplish a certain goal. The public comment period may generate a substantial rulemaking record because any interested party may submit virtually any information and/or evidence for an agency’s consideration; this feedback is then placed in a publicly accessible rulemaking “docket”.

When the public comment period closes, the APA directs an agency to consider any public comments and make any appropriate revisions before preparing a draft of the final rule. The draft will typically include the agency’s responses to all significant and relevant issues raised in the public comments, as well as a “general statement” providing the “basis and the purpose” of the final rule.[5] At this stage of the rulemaking process, the Office of Management and Budget’s (OMB) Office of Information and Regulatory Affairs (OIRA) may review the prepared draft of the final rule if the rulemaking action is classified as “significant” by the issuing agency. The criteria for a “significant regulatory action” are set forth in Executive Order 12866 – in short, it is a function of the rule’s anticipated economic impacts and/or legal and public policy implications.[6]

The text of a final rule must be published in the Federal Register at least 30 days before the rule’s specified effective date, with a few limited exceptions where, for example, the agency determines that there is “good cause” (i.e., persuasive reasons) for why a shorter timeframe would be in the public interest. A final rule that is classified as “significant” must be published at least 60 days prior to its specified effective date.

Importantly, even upon publication, most final rules must be sent to Congress and the Government Accountability Office (GAO) for review before they can take effect.[7] If both houses of Congress pass a resolution of disapproval and the President signs it (or if both houses override a presidential veto), the final rule becomes void and cannot be republished by the agency. Assuming no objections or invalidation by the executive or legislative branches, the rule will proceed to be permanently codified into the Code of Federal Regulations.[8]

In January 2017, the DHS published in the Federal Register two sets of proposed rules pertaining to the EB-5 Program. Initially, the DHS issued an advanced notice of proposed rulemaking (ANPRM) to seek public comment on several aspects of the EB-5 Regional Center Program, including the processes for regional center designation and termination, and standards for regional center oversight, monitoring and compliance. Note that, while an ANPRM is not formally required by the APA, it is nevertheless a useful mechanism for agencies to solicit ideas and/or gather information from the public through less formal means before issuing an NPRM.

Two days after the ANPRM, the DHS issued a NPRM seeking public comment on several proposed changes to the EB-5 regulations, including, in relevant part, the following:

The DHS proposed to raise the standard minimum investment amount from $1 million to $1.8 million, and from $500,000 to $1.35 million for rural areas and TEA projects, in order to “keep pace with inflation and real value of investments.”

The ANPRM and NPRM comment periods ended in April 2017, which, consistent with the intent of the APA, produced a vast rulemaking record. The commentary was generally supportive of the DHS’s proposals on priority date retention, but almost uniformly critical of the proposed increases in the minimum investment amounts and delegation of authority for TEA designations to the DHS. Notably, many commentators advocated for various ways to alleviate the negative impacts of EB-5 visa backlogs in China, including excluding counting derivative beneficiaries, recapturing unused visas, and granting advance parole following I-526 Petition approval.

Since the end of the comments period more than one year ago, the DHS had been eerily silent. Recently, however, the OMB published its Spring 2018 Unified Agenda that included, in relevant part, the NPRM proposing the above-described changes to the EB-5 regulations. The agenda notice indicates that the DHS is at “Final Rule Stage” of the rulemaking process; lists a “Final Action Date” of “08/00/2018”; and classifies the final rule as “Other Significant.”[9] These details provide several key insights:

First, the DHS appears to be in the process of drafting a final rule for the regulatory changes proposed in the NPRM; second, the DHS considers its rulemaking action as “other significant”, which means that it is a rule that is not economically significant but nevertheless considered significant by the DHS and thus likely will be reviewed by the OMB under Executive Order 12866[10]; and third, the DHS is apparently seeking to publish the final rule in the Federal Register in or around August 2018.

Since the issuance of the Spring 2018 Unified Agenda, we have learned several additional details regarding the current state of the DHS’ EB-5 rulemaking process. On June 19, 2018, USCIS Director Lee Francis Cissna testified before the Senate Judiciary Committee and, after repeated prodding from Senator Grassley about the timing of the proposed EB-5 regulations, effectively conceded that the DHS is still in the process of reviewing public comments to the NPRM. Director Cissna also hesitated to state that the EB-5 regulations would be finalized by September 2018, but nevertheless agreed that reforms are integral to the future success of the EB-5 Program.

WHAT ARE THE POSSIBLE IMPLICATIONS FOR INVESTORS?

The Spring 2018 Unified Agenda, Senator Grassley’s public statements, and Director Cissna’s recent testimony make clear that reforms to the EB-5 Program are coming. The DHS and members of Congress are intent on making changes that, at a minimum, increase the investment amounts, limit the scope and variety of projects that could potentially benefit from lower investment thresholds, and bestow increased authority on DHS to oversee and regulate regional centers’ operations.

This means that investors contemplating an EB-5 investment should invest sooner rather than later in order to make sure that they benefit from existing investment amounts and have greater access to viable projects that may not qualify as TEAs under the new rules. In particular, an increase in the investment amounts raises both practical considerations for investors – such as the need to identify and lawfully source the incremental funds – as well as financial considerations – like increased ancillary costs associated with any capital exchanges and transfers out of the country. Moreover, even though the final EB-5 rules likely will not become effective until 60 days after publication in the Federal Register given their classification as “other significant”, this brief implementation delay may not allow investors sufficient time to coordinate their financial affairs and complete the preparation of their source of funds documentation to be able to file a complete I-526 Petition under existing laws. In addition to these investor-specific challenges, regional centers also will have to learn to navigate in a new regulatory environment, and USCIS will have to figure out how to actually implement the new regulations.

Change is often a rocky road. As such, investors who wish to immigrate to the U.S. though the EB-5 Program would be wise to invest and file their I-526 Petitions as soon as possible, before a new regulatory framework is implemented and potentially leads to unpredictable outcomes.

[4] Electronic access to the Federal Register is provided through the U.S. Government Publishing Office website at https://www.gpo.gov/fdsys/browse/collection.action?collectionCode=FR.

[6] See Executive Order 12866 (defining economically significant as a rulemaking action that will have an annual effect on the economy of $100 million or more or will adversely affect in a material way the economy; a sector of the economy; productivity; competition; jobs; the environment; public health or safety; or State, local, or tribal governments or communities), available at https://www.archives.gov/files/federal-register/executive-orders/pdf/12866.pdf.

[10] See Office of Management and Budget’s Memorandum for Regulatory Policy Officers at Executive Departments and Agencies and Managing and Executive Directors of Commissions and Board, dated January 29, 2018 (defining “Agenda Priorities”).

Walter S. Gindin, J.D., is the In-house Immigration Counsel for CanAm Enterprises, LLC, and is responsible for developing and overseeing all aspects of the preparation of I-924 Applications and I-526/I-829 Petitions, as well as providing guidance on immigration law and policy to the company’s project development and client relations departments.