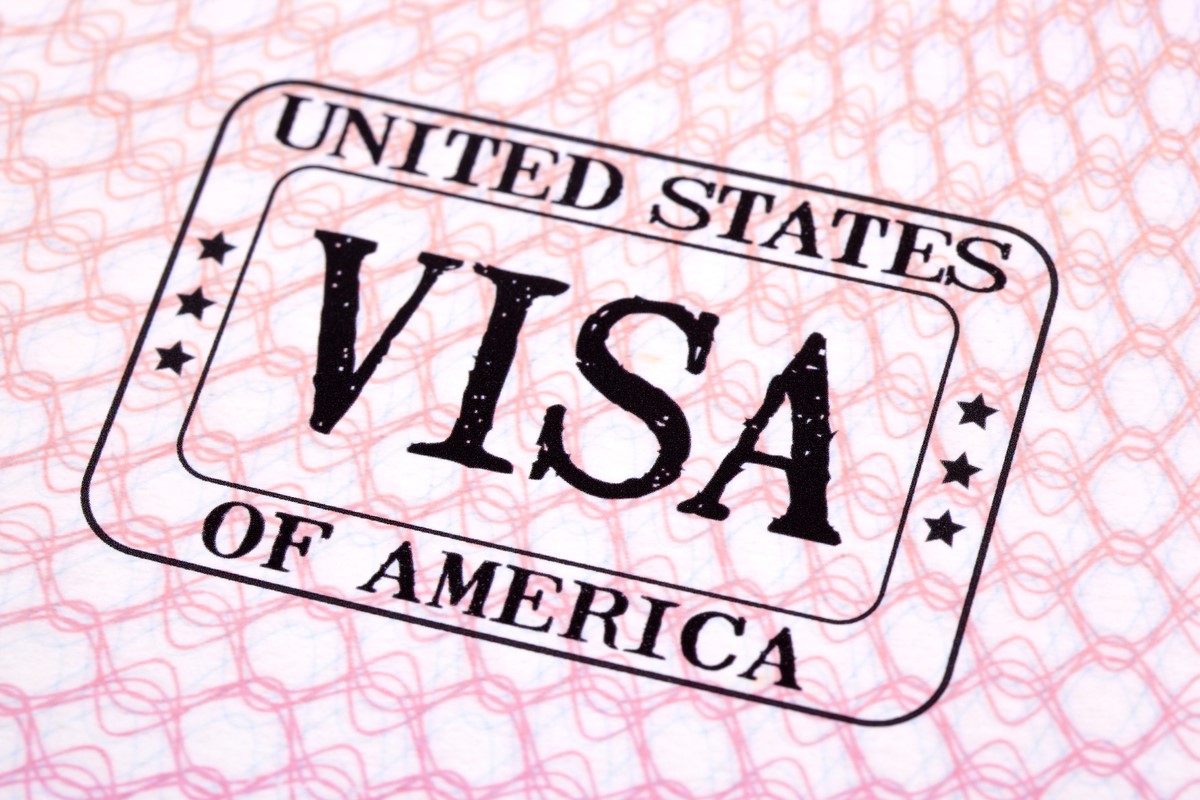 Here is a comparison of the two visas available for investors – E-2 and EB-5. A comprehensive study of the visa rules juxtaposed with the business model can help the investor choose the option best for them and their family as well as the investor’s possibility of transitioning from E-2 to EB-5. Knowing about E-2 visas will also help those involved with EB-5 investments to understand the alternatives some investors have.

The E-2 is a temporary visa based on a reciprocal commercial treaty between the United States and the individual’s country of nationality. No treaty – no visa. The oldest such treaty was entered into with the United Kingdom in 1812. Today, there are 81.[1] Since we do not have a treaty with India or with China, nationals of these countries are ineligible for an E-2 visa.

An E-2 visa requires a “substantial” investment of capital in a business enterprise. The Department of State’s Foreign Affairs Manual (“FAM”)[2] defines “substantial” as the amount of capital the business needs.[3] This is proved with a business plan and other documentation. But beware; the consul running the E-2 visa section at the American consulate may have preconceived ideas on the issue. For example, for the same business the consul in Germany may be satisfied with $100,000, while in Taiwan, Pakistan or Korea the amount could be $250,000. Service enterprises, according to the FAM, often do not need large amounts of capital. But E-2 visas are not necessarily easier to obtain for consulting or services companies, because some consuls are skeptical that such businesses are real and will be successful. The FAM permits an E-2 investor to contribute assets to capitalize the U.S. business, which may be cash, intellectual property, or equipment.[4] Investment of intellectual property (“IP”), such as software combined with cash, a good business plan and an office lease may be sufficient for an E-2 at a consul in Europe.

But, valuing non-cash assets may be challenging and involve proof of the cost of its development and expert testimony about its value. Goodwill is not considered sufficiently tangible to be considered an asset to contribute to a new E-2 enterprise, but its purchase can be included as part of the purchase price of a U.S. business on which the E-2 visa will be based.

An investor in an EB-5 regional renter (“RC”) must contribute capital[5] to a New Commercial Enterprise (“NCE”), which is one created after Nov. 29, 1990. The NCE may develop a project such as a hotel or equity or loan the capital to a job creating enterprise. This structure is not permitted for an E-2 visa, which requires the capital to be invested directly into the U.S. enterprise, as is the case with a “direct” EB-5 application. For an EB-5 green card, the investment amount is at least $500,000 in a Targeted Employment Area (“TEA”) (a high unemployment or rural area) and $1 million elsewhere. Because of inflation, it is expected that the investment amount will increase soon to $800,000 in a TEA and $1.2 million elsewhere.[6]

The E-2 rules require the U.S. business to be majority owned by nationals of the treaty country of the visa applicant. For example, a majority French-owned U.S. software company takes in U.S. venture capital (“VC”) resulting in 60 percent U.S. ownership. The E-2 visa for a French national working there becomes void as the enterprise is no longer majority French owned. Thus, to avoid such an event, advance planning for another non-immigrant visa (such as H-1B) or permanent resident status is needed. One option, to avoid the E-2 enterprise losing its treaty nationality when taking in the American VC, is to use a convertible note, which is debt and does not change the company’s ownership until the note converts to equity. An EB-5 green card is available to investors of all nationalities. The foreign investor can own a small percentage of a U.S.-owned company. While China-born are accorded EB-5 visas, they face a longer wait for a visa due to quota “retrogression.” This happened because there are more Chinese EB-5 investors than there are visas available.[7]

While times vary, E-2 visas are usually issued by American consuls in about six weeks. Currently Stockholm is processing in 60 days; Vancouver in about two weeks; and London in about four weeks. EB-5 green cards on average take about 20 months to reach conditional resident approval (about 14 months for the I-526 petition and four-six months for the immigrant visa). The current wait for China-born EB-5 investors is two to three years or more depending on when petitions were filed. Once a RC’s first I-526 is approved, often recently filed I-526s are also granted, which may significantly reduce immigration time, assuming retrogression for a Chinese immigrant does not delay the visa issuance.

American Consuls expect E-2 businesses to create U.S. employment consistent with the needs of the business.[8] An E-2 business plan needs to show some employee growth, but there is neither a mandated amount nor a time constraint. E-2 enterprises may also sponsor managers and essential skilled employees with the same nationality as the company’s owners for E-2s and other non-immigrant visas that are not nationality specific, such as the H-1B visa.

On the other hand, EB-5 investors must create 10 full-time, permanent jobs not including the investor and temporary visa holders.[9] For a “direct” EB-5 investment, the jobs must be created at the business in which the capital is invested (which issues the employee W-2s). EB-5 regional center investors are permitted to create direct or indirect jobs as measured by an economic model (i.e., RIMS II or IMPLAN) supported by proof of the capital spent on hard costs to build the project and its stabilized revenue. At the latest, USCIS policy requires the jobs to be created within one year after filing the petition to remove conditional resident status (Form I-829). USCIS also requires there to be a nexus between the jobs created and capital invested.[10]

E-2 visa holders must work at the enterprise for which the visa is issued. The visa applicant may be an owner, executive, manager or person with essential skills about the company’s processes, technology, products and/or business methods. E-2 essential knowledge employees need not have worked for the company’s overseas operations, but experience with the company’s products and/or services helps prove the employee’s essentiality. While the FAM says such employees, when applying for an E-2 visa, should demonstrate they will be replaced by U.S. workers, this is not often required by American consuls in Europe. However, a company primarily staffed by E-2 visa holders may face this issue. EB-5 investors can work anywhere, attend school or enjoy retirement, so long as while they are a conditional resident, they are at least a limited partner or director of the new commercial enterprise in which they invest.

Most E-2 visas are issued for up to five years, but reciprocity agreements between some countries mandate shorter terms. For example, the American consul in Sweden issues two-year visas; Mexico issues one year visas; Thailand issues six month visas. E-2 visas can be extended for the duration of the U.S. business operation. A stay of two years will be granted each time the E-2 visa holder enters the United States.[11] EB-5 green cards start with a two-year conditional resident status. Between 21-24 months after that, provided the jobs are created and investment maintained, investors may apply for full permanent resident status.

An E-2 visa holder’s spouse may also obtain an E-2 visa and a work permit. Children may receive E-2 visas, but upon turning 21 must depart the U.S. or change status, usually to a temporary student visa.

The EB-5 green card application process permits the spouse and children under 21 to immigrate to the U.S. with the principal investor.

If the business enterprise fails, both E-2 and EB-5 conditional resident investors lose their status.

Possibly, if the EB-5 investment created the needed jobs and then fails, there is an argument that this is all that is needed, particularly for investors in regional centers. After the EB-5 conditional resident status becomes permanent, the investor need not maintain the investment.

What about transitioning from an E-2 visa to an EB-5? After admission as an E-2, some can increase their investment in their E-2 enterprise to $500,000 or $1 million and prove their capital will create 10 jobs and apply for an EB-5 green card. However, “retained earnings” cannot be used to reach the investment amount. Also, E-2 investments must be thoroughly analyzed to prove lawful source of funds, that the investment was a personal one, not made by the investor’s overseas corporation, and to satisfy other EB-5 criteria. Some may choose to make a separate investment for the EB-5 green card.

Here is a chart contrasting many of the key elements of E-2 temporary visas with EB-5 green cards:

Understating the EB-5 and E-2 criteria will help investors choose the best options for themselves and their family. While the time to obtain the E-2 is shorter, and the investment amount is much less than the EB-5 green card, an E-2 remains a temporary visa and there must be a treaty. For many it is preferable to immigrate to the U.S. via the EB-5 because as we have seen, economies fluctuate, countries can become unstable, and visa rules change over time, whether we look at recent history or back to 1812.

Martin J. Lawler is an experienced E-2 and EB-5 visa lawyer. He is the author of Professionals: A Matter of Degree. Lawler also has authored many book chapters and articles. In May 2010, CNBC ran a story on EB-5 investor-based green cards in which Lawler was interviewed. The Wall Street Journal has published op-ed immigration-related pieces by Lawler, and he was a guest speaker on National Public Radio’s “Science Friday” program about visas for scientists. Lawler has been a member of AILA’s EB-5 investor visa committee from 2008 to 2010 and 2013 to 2014.