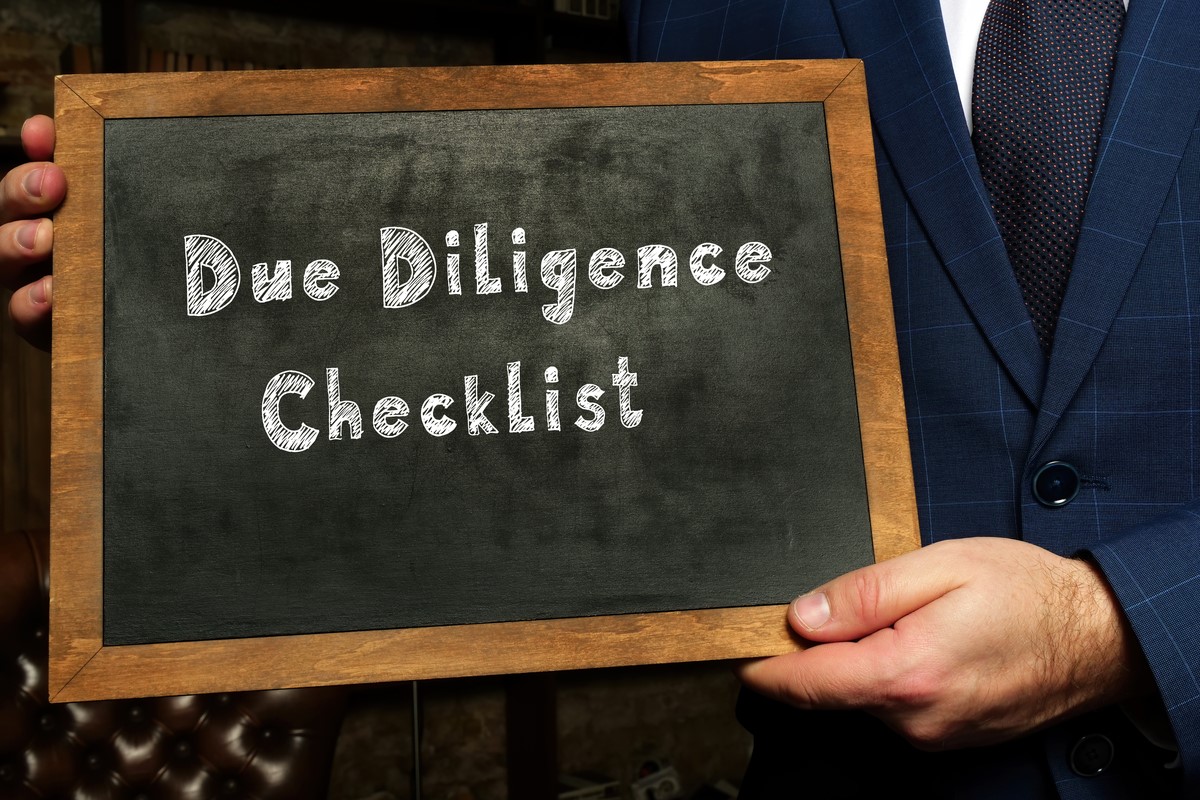 In the past year, the EB-5 industry has faced increased scrutiny and pressure. With 824 approved regional centers[1] and over $13 billion of foreign direct investment injected into the U.S. economy through EB-5 since 2008[2], EB-5 has become an increasingly popular method for individuals and entities to find cheap capital to fund their projects.

This article aims to provide the reader with a regional center-based real estate project due diligence checklist at the level of sophisticated analysis used by experienced real estate underwriters. Of course, having project due diligence done by an independent third party is always recommended, but the substantial cost involved most likely will make engaging such third party due diligence economically unfeasible for the EB-5 applicant or migration agent. Thus, EB-5 applicants and migration agents[3] may use this article as guidance to better evaluate projects.

The due diligence analysis centers around two overarching considerations: (1) project due diligence, and (2) due diligence of the regional center and developer. Through careful evaluation of the factors of these two considerations, EB-5 applicants may better ensure that their I-526 and I-829 petitions are approved and their investment principal is returned.

For an EB-5 applicant and their family, the right project can be life-changing. Although I-526[4] and I-829[5] petitions continue to maintain high approval rates, we’re also noticing various projects nationwide failing to develop as planned, thereby substantially harming and disrupting the lives of associated EB-5 applicants. This section proposes five project due diligence factors to guide the EB-5 applicant to a project that can achieve the EB-5 applicant’s immigrant investment objectives.

In addition to the number of jobs created, we also recommend evaluating the types of jobs created and the relevant job creation methodology that was used. As suggested by Professor Jeanne Calderon and Scholar-in-Residence Gary Friedland at the New York University Stern School of Business, the current trends in EB-5 continue to focus on real estate development.[6] As such, when looking at job creation details, the EB-5 applicant should check the following:

The capital structure of a project is another factor that can provide strong hints about the degree of risk involved with a project. There are several aspects that the EB-5 applicant should take note of here:

1. What is the total cost of the project, and what percentage of that total amount is EB-5 capital? Recent trends indicate that EB-5 capital represents a small percentage of total project costs.[8] Although there is no threshold, an EB-5 applicant may be at risk if a substantial percentage of a project’s total costs are intended to come from EB-5 applicants. A project that relies too much on EB-5 capital to begin or continue its development puts itself at risk of substantial uncertainty and failure to meet its projected timelines.[9] On the contrary, a project that has sufficient capital ready, derived from sources other than EB-5, will still be ready to move forward and meet its job creation projections in a timely manner, thereby ensuring that the EB-5 applicant’s interests are protected.

2. Is there a senior loan and is it committed? With the U.S. economy’s recovery and availability of cheap capital, more and more projects have opted to use EB-5 capital as a supporting loan such as a mezzanine loan. As such, when reviewing the project documents, the EB-5 applicant should see if the project includes a senior loan or depends substantially on EB-5 capital (whether it is a loan or equity).

3. What is the amount of non-EB-5-based equity, if any, already invested in or committed to the project? A project that already has, or is soon to have, equity invested in it—excluding equity used to purchase the land—is a sign that the developer believes in the market demand for the project and thus wants to see the project completed. Based on our experience, developer equity ranges from 10-30 percent.

5. Who is investing the equity? In addition to developer equity, certain projects will also include equity from a co-developer or major investor. As such, the EB-5 applicant may be able to assess the stability or success of the project from knowing who the developer and equity partners are. Developers and equity partners with prior success investing in real estate development in their targeted local market are more likely to succeed.

A project’s location is a highly useful factor in determining whether the project will fulfill its job creation projections and whether it can execute its exit strategy as stated.

1. Is the project in a Target Employment Area (“TEA”)?

Although a vast majority of regional center projects are in TEAs, there are projects that require each EB-5 applicant to invest $1 million. [10] To be sure, being a non-TEA project on its own should not be a determinative factor in deterring the EB-5 applicant from investing. However, there are additional hurdles to overcome, including (a) proving the lawful source of $1 million; (b) transferring such funds from overseas; (c) putting twice as much capital at risk; (d) gathering the intended number of EB-5 applicants; (e) returning the EB-5 applicant’s investment.

2. Is the project located in a core or non-core real estate market?

3. After determining which market the project will be in, the follow-up question is: Will the project succeed in that market? That is, is the type of project feasible in the local market? What may succeed in one core market may not be as successful in a different core market.

The readiness of a project is critical to ensuring that EB-5 applicants will qualify for conditional permanent resident and permanent resident statuses. Given the extensive I-526 and I-829 processing times, as well as the visa backlog for Chinese nationals, a delay or failure in project development may create a ripple effect with severe consequences for EB-5 applicants and their families. Therefore, EB-5 applicants should determine the development status of their interested project. In general, a project that is under construction or nearing construction contains much less risk than a project that is still in the entitlement process, design and drawing phase, permitting process, or other pre-construction processes. Of course, if a project that is in its pre-construction stage is being developed by a developer experienced in developing projects within that market, then that adds a level of assurance even if the project is in its early stages.

Regional Center and Developer Due Diligence

In connection with a positive track record, an experienced team of regional center principals is a significant factor in ensuring the success of an EB-5 applicant’s immigration and investment. Characteristics to help evaluate the principals include:

Similarly, the success of a project relies deeply on the qualifications of the developer. The following are factors that help evaluate the experience and credibility of the developer:

2. Experience of the Core Members

Understanding the relationship between the regional center and developer can help the EB-5 applicant make an informed decision.

The representations and promises made by the regional center may be an important factor in assessing the regional center’s credibility. With the huge number of projects in the market competing for EB-5 applicants, it is understandable when a regional center wants to stand out from its competitors. One way of doing so is to make impactful and memorable statements. However, such representations must be grounded in law and fact. For example, a senior executive of a now-terminated Seattle regional center once claimed that the regional center “is the only official center that is authorized to use photographs with President Obama and Vice President Biden for their [sic] marketing or presentation materials.”[12] If something sounds too good to be true, it probably is.

Following up on the preceding point, a regional center that hesitates or evades requests by an interested or committed EB-5 applicant to produce project-related documents to the applicant may be more susceptible to wrongdoing. Although there is no legal obligation for the regional center to provide confidential documents to an interested applicant, this can be resolved by having both parties sign a non-disclosure agreement (“NDA”). Consequently, EB-5 applicants should be wary of regional centers that demonstrate unwillingness to sign an NDA or produce documents.

Knowing who supports or supported the regional center and developer can also help the EB-5 applicant choose a good project. Which law firms, economists, business plan writers, design professionals, general contractors, subcontractors, etc. were/are part of the project? How much experience do the professionals have in their respective fields? Have they worked on similar documents/projects? Are there any independently produced studies?

Thorough due diligence is understandably challenging and costly. However, with current USCIS processing times and visa backlogs, one misstep by the EB-5 applicant could result in substantial loss and severe hardship, as well as overwhelming liability for migration agents. Thus, we hope to share our experience in EB-5 and real estate development, and help EB-5 applicants navigate the complexities of EB-5 due diligence towards becoming an EB-5 success story.

[8] Based on the projects surveyed in “EB-5 Capital Project Database: Revisited and Expanded” and from our own sources, EB-5 capital represents less than 30% of total project costs in a majority of these projects.

[9] Such uncertainties may include, among others, (1) the challenges of subscribing the intended number of EB-5 applicants in today’s highly competitive market; (2) delays in releasing EB-5 capital held in escrow due to long I-526 processing times; and (3) difficulties related to foreign exchange regulations of the EB-5 applicant’s home country.

[11] It is worth noting that all 27 projects surveyed in “EB-5 Capital Project Database – Revised and Expanded” are located in core markets.