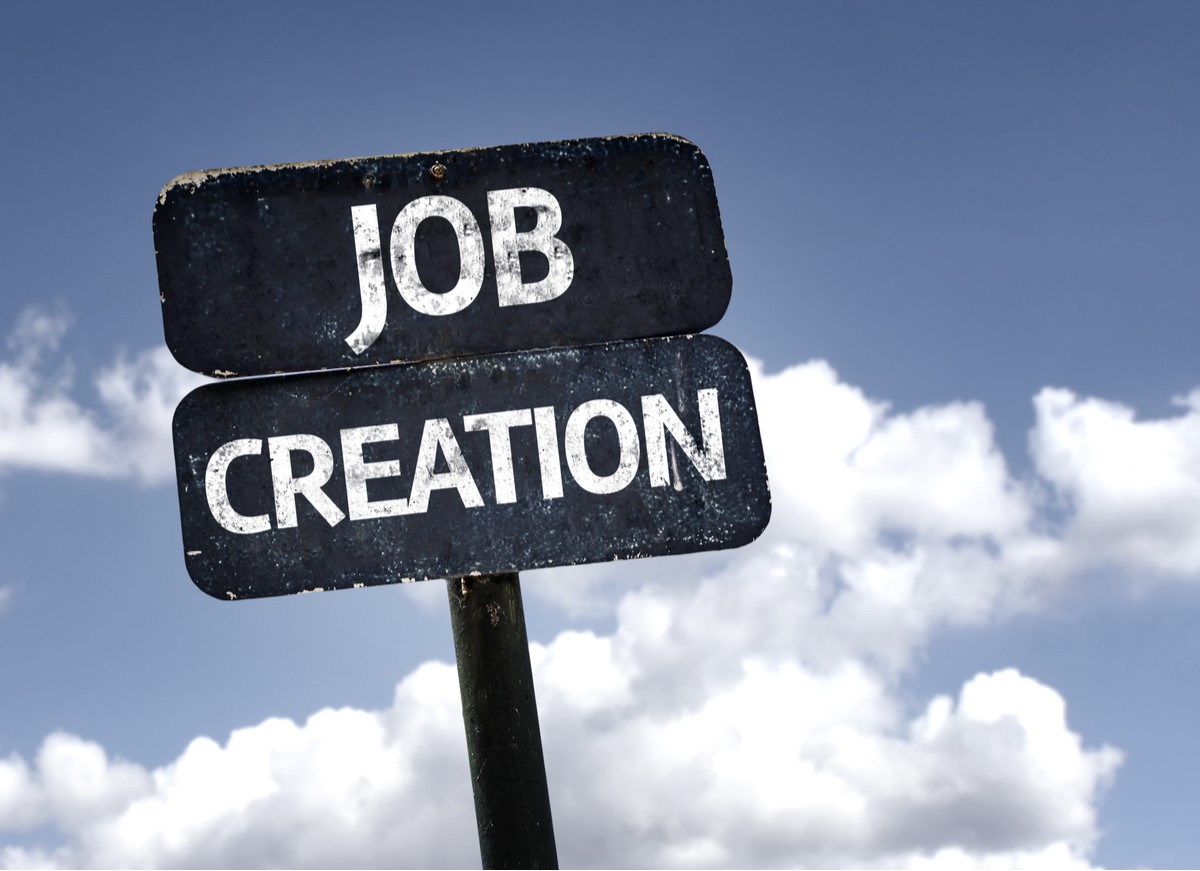 As confirmed by USCIS in the most comprehensive policy memorandum to date, “the centerpiece of the EB-5 program is the creation of jobs.” This stipulation is so im- portant to the program that regional centers must demonstrate the attribution of 10 full- time, qualifying jobs to each EB-5 investor in order to establish a compliant business plan and launch a project.[1] The need to satisfy the burden of proof at the time of filing Form I-829—requiring evidence that the requisite jobs were created or can be expected to be created within a reasonable period of time— gives investors anxiety.[2] A failure to prove job creation may result in the initiation of removal proceedings, so ensuring that job creation is met and documented is of paramount concern. As we enter 2014, many regional centers will be approaching the I-829 process for the first time, given that most regional centers were established in recent years.[3] Therefore, all stakeholders in a given project need to be constantly vigilant of the ultimate requirements to generate and document sufficient job creation.

EB-5 Regional Center-based I-526 petitions have constituted the overwhelming majority of filings, given their ability to leverage indirect jobs. Projecting indirect EB-5 job creation in a regional center filing requires the use of “reasonable methodologies,” which almost universally necessitates a report by an economist to quantify the economic impacts of the investors’ activities.[4] EB-5 economists’ use of input/output modeling dominates the field. Four particular models have emerged and won general acceptance by USCIS: Regional Economic Models Ince. (REMI), the Regional Input-Output Modeling System (RIMS II), the Impact Analysis for Planning (IMPLAN), and the Regional Dynamics Economic Analysis Model (REDYN). There are also additional, more geographically-specific models, such as the Washington State Input-Output model, which have a history of successful adjudications.

Even though the decision as to which model is most appropriate for a particular project is usually decided between the regional center and economist well before they draft a template I-526, investors and their attorneys must still review the project’s economic report. A careful review must ensure that, not only does the report make cogent sense of which kinds of jobs are countable and whether calculations are based on realistic inputs, but also whether those inputs can be easily documented for the purposes of Form I-829.

For example, generally a project may include the economist’s direct construction employment impacts, only if construction lasts longer than two years. Beyond reviewing a projected timeline, one must ensure that there are mechanisms in place to adequately and accurately document the actual timeframes, which might not commence until well after an I-526 is filed. The same holds true for all inputs. If such mechanisms are not in place, then there may be significant difficulties in calculating job creation. Investors and counsel should not be shy in asking whether there are procedures in place to document economic inputs.

Invoices and copies of corresponding checks to show payment are the best evidence for substantiating construction expenditures. Voluminous expenditures can be summarized (with an extra level of credibility) by using an independent auditor’s report. Expenditures should be consistent with the job-creating entity’s income taxes and bank statements. At a bare minimum, the adjudicating officer should be given a spreadsheet that clearly summarizes costs in particular industry fields, in order to enable him/her to check the inputs against the economic report’s multipliers. If the report leverages the economist’s direct construction impacts, an investor must be able to show construction lasting longer than two years. This can be done through the use of timelines, contractor/developer reports, photos, permits, and even media articles.

Rather than rely solely on expenditures, many projects leverage the direct economic effects of a particular project. The most common direct effects used to measure EB-5 job creation include revenues, salary expenditures, and tenant occupancy.

The revenues of a project-affiliated business can be used as an economic input. For example, future revenues to a hotel may be forecasted to derive induced job creation through associated industries. An economist may be able to calculate the indirect employment impacts that visitors to a city may have on local businesses. In such cases, it is of vital importance for the regional center to secure the contractual right to copies of the hotel (or relevant entity’s) business and tax documents. In order to prove revenues, the I-829 filing should provide copies of financial statements (audited is clearly preferable) for each year of the particular investor’s conditional period residency, as well as the corresponding filings showing reported revenues to the IRS. If contracts granting the regional center the rights to receive such documents are not included with the I-526, prudent investor counsel should inquire as to how the inputs are to be documented.

Similarly, a common input, which may involve the business operations of a particular entity within the project, is salary expenditures of employees. In this input, an economist demonstrates that the salary paid to employees affiliated with the project leads to economic gain—without the EB-5 investment, the employees would be earning and spending much less. To prove this input, the investor must be able to leverage payroll expense records from the relevant job creating entity. These records should be substantiated by the latest income tax filings and employees’ W-2s. IRS Form 941 should also be used to substantiate the number of employees, given that most investors will probably not be filing around tax time.

Although falling out of favor with many regional centers—following a string of difficult I-924 Requests for Further Evidence (RFEs) in 2012—the use of tenant occupancy as a measure of job creation still continues to today.[5] The theory behind tenant occupancy is that projects attract independent tenants who employ workers and positively impact the economy. There exists some variance as to how an economist might consider the “input” to a tenant occupancy model of job creation. For example, the input might require the actual number of employees at a given establishment. In such a case, affidavits from employers and business tax filings are likely required. On the other hand, job creation might be calculated by the square footage of the space leased. An economist might be able to calculate the job creation by multiplying the leased space by industry density rates published by an authoritative entity. In such a case, the square footage should be substantiated by building floor plans and occupancy permits. These leased areas should also be validated by the tenants’ leases.

Although most filings involve business models that do not involve any direct job creation by the new commercial enterprise (NCE), regional center filings are not precluded from doing so. In fact, using the NCE’s employees may arguably have some advantages, including being able to leverage the indirect effects of those employees’ salaries for additional jobs. Documenting qualifying “direct employment” has its own challenges that non-regional center EB-5 investors invariably face.

The employee of the new commercial enterprise must be a “qualifying employee” to count towards the job creation requirement. A common shorthand heard in industry discussions is that EB-5 must “create jobs for U.S. citizens or lawful permanent residents.” That, however, is only partially true. A “qualifying employee” is defined as a U.S. citizen, lawful permanent resident, “or other immigrant lawfully authorized to be employed in the United States including, but not limited to, a conditional resident, a temporary resident, an asylee, a refugee, or an alien remaining in the United States under suspension of deportation.”[6] Note that the examples of “other immigrant” are inclusive, not exhaustive, and who exactly qualifies remains somewhat unclear.[7] What is clear, however, is that the documentation of direct EB-5 job creation must substantiate that the employees are both full-time and qualifying.

Proving the employees are full-time requires substantiating that they work 35 hours a week or more. IRS Forms W-2 and 941 prove that the total number and employer-employee relationships exist. Payroll records establish that employees have worked the requisite number of hours. Proving that salaried employees are full-time can be tricky given that most do not “punch a clock” when reporting to work. In this case, an employer might be able to demonstrate sufficient hours through the application of unique benefits, such as healthcare or retirement, or through employee schedules or affidavits.

However, the process of establishing that the employees are qualifying is fraught with concerns. Those documenting the employees’ immigration status may submit Form I-9.[8]It would behoove the employer to first have an immigration lawyer review the forms and perform an audit if necessary, given that improper I-9 procedures can give rise to investigations and fines by Immigration and Customs Enforcement. In and of themselves, I-9s may not be probative. I-829 RFEs frequently request the individual’s documents substantiating their status.[9] This is problematic because the documents that are requested in order to establish immigration status (e.g. a U.S. passport or green card) are more restrictive than those required to properly complete an I-9. Employers are prohibited from restricting their employees’ choices when completing an I-9,[10] and doing so has been punished by substantial fines and negative publicity.[11] Accordingly, the most prudent course of action is to collect the documents needed to prove an individual is a “qualifying employee” separate and apart from when a job offer is made and the I-9 completed.

However one chooses to document the creation of jobs following an EB-5 investment, it is wise to look at the examples of others, and to choose strategies that seem the most successful. As Congress continues to create new legislation, it also remains important to keep up with any changes in EB-5law or requirements, including those related to job creation.

[3] An investor may take four to five years to reach the I-829 filing stage due to the processing times for I-526s, the time it takes to obtain an immigrant visa and relocate to the United States, and the time period of conditional residency.

[7] The EB-5 regulations do not define “other immigrant.” The Immigration and Nationality Act defines “immigrant”, and it does so by defining the term negatively by excluding all nonimmigrant classes. In other words, if an alien is in the United States and does not hold non-immigrant status, such as a student visa or H-1B, then s/he is an immigrant. If the INA’s definition can be imparted to the I-829 regulations, then individuals that are 1) not nonimmigrants and are 2) lawfully authorized to work in the US should count for the purposes of job creation. However, based on RFE requests, it is not clear whether USCIS agrees with this interpretation, and the May 30 memo does not elaborate beyond citing the regulatory text. See the May 30 Memo at 16. See also Sujanani, Yale-Loehr, and Divine, “A Cumulative Analysis of What USCIS Looks For in EB-5 I-829 RFEs and Denials,” Oct. 21, 2013 (listing common I-829 RFEs for particular qualifying employees).

[11] This is done though investigations by The Office of Special Counsel for Immigration-Related Unfair Employment Practices. See http://www.justice.gov/crt/ about/osc/htm/I9_Verification.php.

Matthew T. Galati is a Philadelphia-based immigration attorney at Green and Spiegel, LLC. He leads the firm’s U.S. Investors and Entrepreneurs Division, dedicated to representing individuals and companies seeking use of foreign investment in the immigration context.