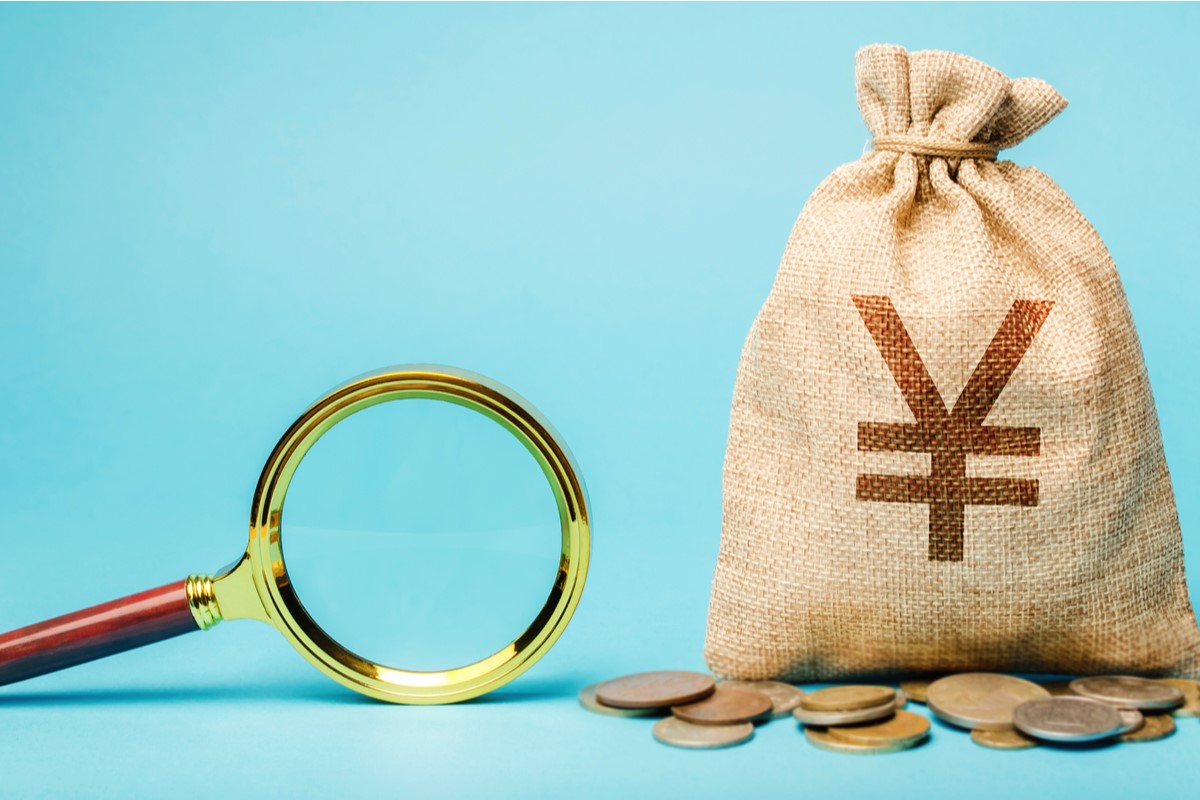 by Dillon Colucci and Matthew Galati

Kate’s Corner is a recurring column written by editorial board member Kate Kalmykov and her associates.

Representing EB-5 investors sometimes feels like trying to hit a moving target. Despite virtually no regulatory changes in the EB-5 program in the past two decades, what passes muster can change from year to year, and from USCIS adjudicator to adjudicator. In this article, we take a look at recent developments in one of the most volatile areas of EB-5 practice—proving the lawful source of funds for investors from the People’s Republic of China.

The death of the “seven-year rule”

Although not unique to the Chinese investor, USCIS has previously followed a general trend of relaxing documentary requirements as to how an asset liquidated for an EB-5 investment was acquired if that acquisition occurred seven or more years prior to making an investment. Never codified in regulation, EB-5 professionals had been demarking these years as a Maginot Line for whether or not to fully document the source of an asset. However, times have changed. In recent months, USCIS has bucked its general trend and requested documents going back much further than seven years. In one recent case, USCIS requested an investor to provide an employment confirmation letter from the mid-1990s.

It has now become standard to attempt to document the funds used to purchase a property liquidated for an EB-5 investment, regardless of when such purchase was made. However, if those documents are not available, investors do have a few options. One option is to provide an affidavit or statement under penalty of perjury, attesting that the document is unavailable due to the long period of time. Such statements should be as detailed and truthful as possible to bolster the investor’s credibility. Another option is to request the local government agency to issue a letter stating that no record is available due to the passage of time. For instance, if a purchase contract from 1994 is unavailable from the local government agency because documents are destroyed after ten years, for example, request the local government agency to issue a letter to that effect. This is important, because 8 C.F.R. 103.2(b)(2)(i) instructs USCIS that “[T]he non-existence or other unavailability of required evidence creates a presumption of ineligibility.” However, the same regulation also states “[I]f a required document, … does not exist or cannot be obtained, an applicant or petitioner must demonstrate this and submit secondary evidence … pertinent to the facts at issue.” Therefore, if a record cannot be obtained due to the passage of time, it is important to demonstrate this through valid and objective evidence.

Despite growing demands for evidence, investors and attorneys should feel free to push back against USCIS when requests become unreasonable. One key area to compare to is U.S. tax law. For instance, the Internal Revenue Service advises that absent fraud or failure to file, records need not be kept indefinitely.[1] Likewise, this guidance indicates employment tax records need only be kept for four years after taxes are due or paid, whichever is later. Pointing out this comparable federal agency standard to USCIS may illustrate how a particular request for documents is unreasonable and out-of-line with general business record retention principles.

No discussion on Chinese source of funds would be complete without analyzing recent trends in the examination of home equity loans. Due to the housing boom occurring in Eastern China over the past two decades, many investors have opted to leverage the staggering increases in the value of their real property to fund EB-5 investment, enabling even those investors who are not independently wealthy to participate in the program. Given that the majority of Chinese agent cases utilize this route, USCIS has developed some standard points of examination in home equity cases.

However, one recent trend in requests for evidences relates to the combination of collateral to fund an EB-5 investment. Suppose, for instance, that an EB-5 investment and regional center administrative fee might require RMB 3,500,000 prior to conversion into U.S. dollars. An investor’s real property might only be worth 3,000,000 RMB, and therefore she may need to ask a (very caring and generous) friend to mortgage his property worth the same amount so that the bank will issue a sufficient loan. The bank may then issue the loan to the investor and friend as co-mortgagors.

USCIS has taken exception to this practice by alleging in an RFE that, “the loan is insufficient to meet the definition of capital for the investment as the petitioner is not personally and primarily liable for the loan.” There are some fundamental problems with such allegations. It is worth noting that under the regulations, capital is defined as “cash, equipment, inventory, other tangible property, cash equivalents, and indebtedness secured by assets owned by the alien entrepreneur, provided that the alien entrepreneur is personally and primarily liable and that the assets of the new commercial enterprise upon which the I-526 petition is based are not used to secure any of the indebtedness…”[2] In most EB-5 cases, investors are not investing indebtedness, but instead investing cash into a new commercial enterprise. In 1998, the Administrative Appeals Office discussed this at length in Matter of Hsuing, a case properly upheld as denied where an investor contributed indebtedness (a promissory note) as the EB-5 capital, which appeared to be unsecured. The wording of the regulation appears to be patently clear that only a contribution of indebtedness needs to be secured by the investor’s assets. This is good policy because an unsecured promissory note or other debt instrument would allow circumvention of the capital requirements of EB-5 and use of this as an EB-5 investment would likely lead to fraud in the program and failed projects. Securing “cash,” on the other hand, is nonsensical given that U.S. dollars are legal tender and have defined value.

But because USCIS is taking the position that loans bearing cash investments need to be collateralized in the same vein as indebtedness, prior to filing of the I-526 petition, an investor should negotiate the terms of the loan with the bank to make it clear that the s/he is “personally and primarily responsible” for repaying the loan. Another option might be to execute a contract between the friend and the investor to provide that the use of the collateral is exchanged as consideration for liability to repay the loan, or a gift affidavit between the friend and the investor stating the friend has gifted the proceeds to the investor without an expectation of return. If the loan is already made, a clarifying statement from the bank, if available, clarifying the investor as being personally responsible for the RMB 3.5 million, or a gift affidavit may be dated after the actual gift was received, provided that it reflects the parties’ intention at the time of the gift so as not to run afoul of the “approvable when filed issues” as discussed in Matter of Izummi.

The applicable regulation provides that assets acquired, “directly or indirectly, by unlawful means (such as criminal activities) shall not be considered capital” for the EB-5 investment.[3] Using the common home equity loan model, investors oftentimes document that they had earned enough in wages to enable the purchase of the mortgaged property, but nothing more. However, USCIS has taken an increasingly stringent approach on documenting that the investor possessed enough in funds to purchase an asset liquidated for EB-5 capital. Beyond proving that s/he earned enough to purchase the asset, the investor is also required to prove that his/her earnings were sufficient to live on, which appears to be beyond the scope of the regulation. Nonetheless, investors would be prudent to document the lawful source of capital beyond the purchase of the real property by including more historical employment documents. Further, investors can deflect criticisms by explaining that funds to live on may have come from another source, such as the earnings of a spouse, parent, or inheritance. These ancillary sources should not, under any of the regulations or guidance, need to be as thoroughly documented. It may be worth reminding USCIS that the cost of living in China, especially 10-20 years ago, was much lower than it is today, using publicly available data from the Internet. And finally, it may be worth using published sources on the cultural differences between Chinese investors and amero-centric adjudicators to illustrate that, as a society, the Chinese generally have a higher propensity to save their incomes compared to their U.S. counterparts.

Too often, an investor obtains a shareholder loan for his or her EB-5 investment without the proper documentation—another point that USCIS has been stressing in recent months. Much of this problem stems from the fact the investor is the sole shareholder or the company is a closely held family company, which may handle internal transactions without corporate formality. Accordingly, the investor may not be used to documenting business transactions to USCIS standards.

Shareholder loan documentation should provide, at a minimum, information of (a) what the collateral is that secures the loan, (b) signatures of the investor and the company, (c) material terms of the loan such as maturity date, interest rate, loan amount, and (d) rights of the investor and the company in the event of default. It is important that the loan be secured by sufficient collateral, or USCIS will likely take the view the loan is not adequately secured by the investor’s assets and does not meet the definition of capital under the regulations. Signatures of the investor and the company, as well as using formal company letter head is also important to demonstrating that the loan is, in fact, bona fide. Furthermore, USCIS will not believe the loan is credible without material terms included in the loan contract, such as the maturity date, interest rate, loan amount and a delineation of the rights and obligations of each party. Providing USCIS a document that is properly drafted and executed will help alleviate these issues.

The above is a summary of the recent trends in tracing an investor’s source of funds and examples of what USCIS has been flagging through recent issuance of requests for evidence. However, this list is not comprehensive and each investor may have unique issues. Following these simple tips can help make the adjudication process of an I-526 petition smoother.

Dillon R. Colucci is an EB-5 immigration attorney and an associate of the Greenberg Traurig immigration group at their Irvine, Calif., office. Attorney Colucci practices and handles U.S. immigration concerns and helps individuals, families, professionals, skilled workers, investors, and businesses live, work, invest, and do business in the United States. Foreign investors who would like to invest in EB-5 programs and receive legal permanent residency fall under attorney Colucci’s umbrella of immigration law.