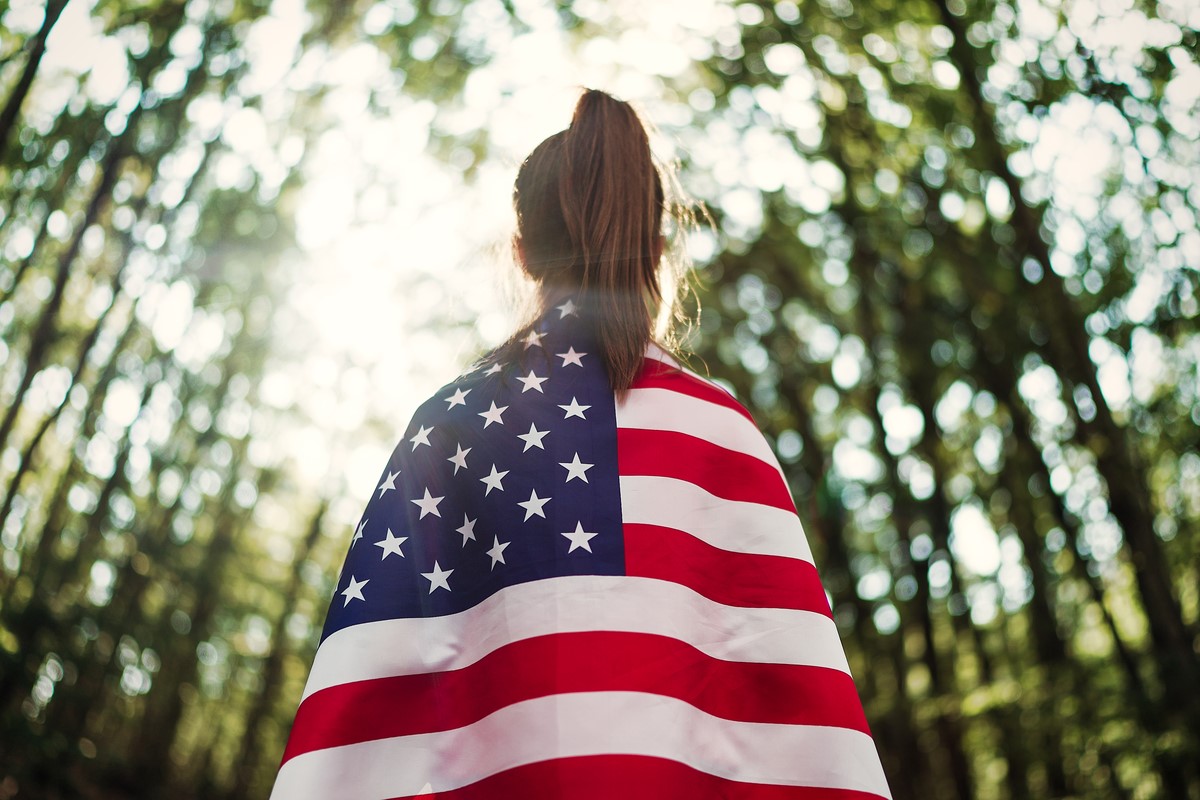 By Robert Gaffney and Kristina Seil

The backlog in EB-5 visa availability[1] has created multiple issues for Chinese investors and their families.[2] One of these issues involves the very real risk that minor children within a few years of the age of 21 whose parents file I-526 petitions may “age out” while waiting for visas to become available and therefore be unable to immigrate with their parents.

Rather than allow their children to age out, many parents understandably prefer to gift funds to their children in order to allow their children—even minor children—to file their own I-526 petitions. Although it may seem to parents that allowing their minor children to file their own EB-5 petitions is a good solution to the issues caused by the visa backlog, there are some major issues of concern relating to petitions filed by minor investors, and, in fact, it may be advisable to wait until children have reached the age of majority before filing, when possible.

This article is intended to outline concerns from an immigration law perspective relating to the filing of an I-526 immigrant visa petition by a minor. These concerns include:

Although no official guidance appears to have been published on this topic, it has been reported in several forums that when the Immigrant Investor Program Office was located at the California Service Center, the agency responded to the issue of whether there is a minimum age for the filing of an I-526 petition as follows:

While there is no minimum age requirement directly under the INA, the investor must establish competency in either the country or state of residence when signing contracts, agreements and other documents relating to the investment. Further, the investor must also establish that he or she is competent to engage in the management of the enterprise.[3]

In other words, minor investors must be able to show that they meet all of the requirements outlined in the relevant EB-5 laws and regulations, and establish that they are competent. This could potentially pose significant problems for minor investors.

The easiest way to avoid these problems is, of course, to wait until the minor reaches the age of 18 before signing the subscription agreement and filing the petition.

However, if this is not an option, alternatives have been proposed to address these issues:

Both options require that competent legal counsel perform thorough due diligence on all issues, including choice of law analysis and analysis of securities law issues, in order to maximize the likelihood that a petition filed by a minor will be approved. Even after such due diligence has been performed it is possible that USCIS may still deny such petitions, citing alleged legal deficiencies and policy concerns. However, a failure to carefully prepare for all issues is sure to doom petitions filed by a petitioner before the age of majority.

Funds Must be ‘At Risk’

As required in 8 CFR 204.6(j)(2), an EB-5 investment must be “at risk”—there can be no guarantee that the funds will be returned to the investor. Since contracts signed by minors are generally voidable under U.S. law, the fact that EB-5 subscription documents have been signed by a minor means that, according to U.S. law, the minor may have the ability, at any time, to rescind the subscription agreement and therefore require the return of the invested funds. Thus, the invested funds may not be truly “at risk,” and it’s possible that USCIS could deny petitions filed by minors for this reason.

Even if the subscription agreement calls for the application of the law of a designated foreign country, this alone is not the sole factor in determining whether that law is applicable. To determine which set of laws should be applied to a contract, a set of factors will be considered by the court hearing the issue.[6] These factors include: what law is called for in the contract itself; where the contract is signed; the nationality of the parties to the contract; the location of relevant assets discussed in the contract; and other factors. For example, when determining what law governs contract disputes, California follows the Restatement (Second) of Conflict of Laws approach. Under this view, the contracting parties can agree as to which state’s law will govern the contract. California courts will uphold the parties’ choice of law if: (1) the contract has a substantial relationship to the state whose law was chosen, (2) there is another reasonable basis for the parties’ choice of law, and (3) application of that law will not contravene any strong California public policy.[7]

An analysis of these choice of law factors should be done both in cases where the claim is that the minor’s capacity is governed by foreign law and in cases where the minor’s parents sign as legal representatives on the minor’s behalf, since counsel for the U.S. offeror should ensure that the contract is legally enforceable in any jurisdictions whose law may be applied.

In the case where a minor’s parents or legal guardians sign subscription agreements on the minor’s behalf, it may be essential to ensure that the parents or other legal guardians are legally authorized to act for the minor until the minor reaches capacity. Alternatively, it may be possible to effectively argue that as long as the partnership or operating agreement provides that the minor will exercise the rights and powers and performs the duties necessary to serve as a limited partner or member, and the minor is competent to do so, the minor should be able to meet the requirement stated in 8 CFR 204.6(j)(5)(iii).[9]

In the case where the minor personally signed the agreements without a parent or legal guardian, it is important to ensure that the minor could prove competence if called upon to do so. The rights and duties of a limited partner or member of an LLC may be relatively straightforward. Nevertheless, USCIS is not prohibited from inquiring whether a minor is able to perform these duties and exercise these rights. Again, if foreign law is invoked, choice of law analysis must be employed.

Investors Must File on Their Own Behalf

Having a minor petitioner’s parents sign subscription documents on behalf of the minor petitioner may also raise concerns that USCIS could take the position that the minor has not “filed” on his own behalf as required by 8 CFR 204.6(c).

However, there is a distinction between signing subscription agreements and signing the actual Form I-526 petition. “Filed” refers to the filing of the petition, not the signing of the subscription documents. Attorneys should argue that investors file on their own behalf by personally signing the Form I-526, Immigrant Petition by Alien Entrepreneur. USCIS recognizes the ability of minors over the age of 14 to sign immigration documents on their own behalf,[10] and there is no express rule to the contrary as it applies to EB-5 petitions.

What actions can investors take to investigate whether the subscription agreements signed by a minor petition are carefully drafted? We have a few suggestions:

Active due diligence on this issue is the only way to protect the interests of minor petitioners. All interested parties should ensure that this due diligence has been performed before making an investment on behalf of a minor petitioner. With enough work and research of the relevant legal issues, it is possible that a minor may be able to file an approvable I-526 petition.

[1] This issue has been discussed in a previous eb5investors.com article written by Ronald Klasko and available at https://www.eb5investors.com/magazine/article/eb5-quota-backlog

[2] EB-5 immigrants whose visas are not chargeable to the China quota (that is, who were not born in the People’s Republic of China) do not, as of this time, face the backlog issues that apply to Chinese investors and there is little reason for such investors to ask their minor children to file their own EB-5 petitions.

[4] While not competent to render an opinion on the application and/or interpretation of the laws of China, the authors have been advised by Chinese legal counsel that under Article 12 of the General Rules of the Civil Law of the People's Republic of China, a person under the age of 18 may take part in civil activities (including entering into enforceable agreements) appropriate to the person’s age and intelligence. However, it is also the understanding of the authors that, in addition to age and intelligence, Chinese courts will also take into account the value of the contract and whether it is a contract for necessities. Thus, Chinese law would seem to disfavor a contract signed by a minor for purchase of securities valued over $500,000; this is not a contract for necessities and the high value indicates that a sophisticated understanding of the contract may be required.

[5] Similarly, the authors, although not competent to advise on matters of the laws of the People’s Republic of China, have been informed that legal confirmation of guardianship of a minor may be obtained pursuant to Articles 12, 14 and 16 of the General Rules of the Civil Law of the People’s Republic of China, and it may be helpful for the offeror to verify that such confirmation has been obtained prior to accepting the signature of a legal guardian on a minor’s behalf.

[6] Subscription Agreements will typically include a provision designating the courts of state in the U.S. to hear any disputes arising from the subscription. Such forum selection provisions are typically recognized subject to a similar, multi-factor analysis, although courts tend to favor contractual forum selection clauses (see e.g. Atlantic Marine Const. Co., Inc. v. U.S. Dist. Court for W. Dist. of Texas, 134 S. Ct. 568 (2013).

[8] The managerial requirement appearing in the cited regulation appears to exceed the requirements of the underlying statute which under Immigration and Nationality Act (INA) Sec. 203(b)(5) simply provides that the investor must be seeking to enter the U.S. for the purposes of “engaging in” a new commercial enterprise.

[9] Thus, where the minor petitioner personally signs the subscription agreement without a parent or other person serving as legal representative, counsel may argue that unless and until the partnership agreement has been rescinded by the minor, it is a valid agreement enforceable by the minor, who is able to assert his rights under the contract. See e.g. Huffamn v. Bates, 348 S.W.2d 363 (Mo. Ct. App. 1961).

EB-5 immigration attorney Robert P. Gaffney has been assisting individual and corporate clients through family-, investment- and employment-based immigration matters for nearly 30 years. Attorney Gaffney has been licensed to practice law in the state of California since 1980 and is certified by the California State Bar Association as a Specialist in Immigration and Nationality Law. Located in San Francisco, the Law Offices of Robert P. Gaffney routinely represents clients from around the world.