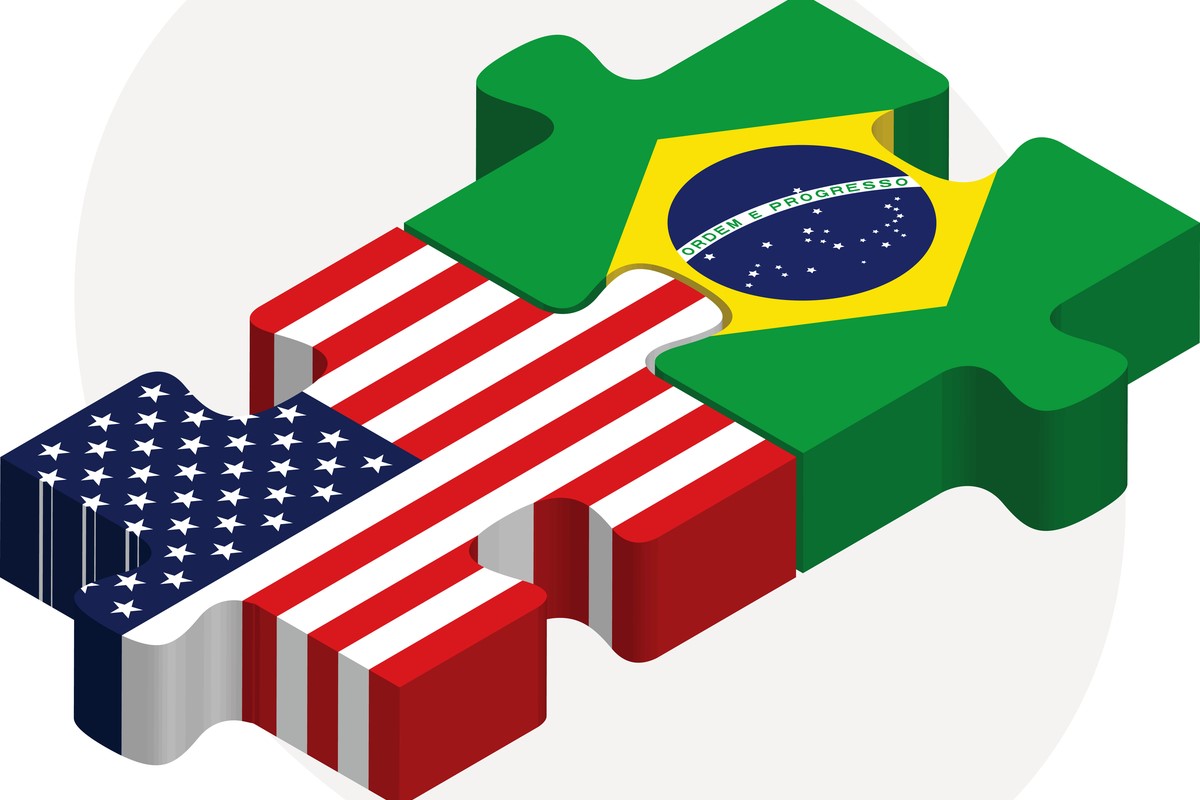 As a tenured professor at a well-regarded public university, 44-year-old Erika Nogueira de Andrade Stupiello never planned on leaving Brazil — but thanks to her son Bruno’s love of airplanes, she’s now reconsidering her options.

After the 15-year-old set his heart on a career in aviation, it became clear he would need to study in the U.S. in order to achieve his dreams. That’s why last April, Stupiello and her husband, an ethanol industry executive, invested $500,000 in the Surf Club Four Seasons Hotel & Residences development in Miami Beach, and filed the paperwork to begin an EB-5 application.

“We’re doing this for him,” Stupiello says. “It’s like giving him his inheritance ahead of time.”

Bruno is already in Florida, completing high school on an F1 visa, Stupiello explains. Getting a green card will allow him to win scholarships, attend college in the U.S., and perhaps one day join the US Air Force. It also means Stupiello won’t have to fret about him leaving their home in São José do Rio Preto, a peaceful provincial city, to study in one of Brazil's more dangerous major cities.

“He’ll be able to study in a good city and be safe, instead of studying in a big city in Brazil, where I’d be very worried about violence,” Stupiello explains.

Such stories are increasingly common in Brazil, where awareness of the EB-5 program has increased sharply in recent years. Between 1990 and 2007, only 14 Brazilian investors received EB-5 visas, according to an IIUSA report. Now, however, Brazil is the world’s fifth-largest source of EB-5 investors, and the biggest contributor outside southeast Asia.

In fiscal 2016 alone, Brazilians poured $79 million into EB-5 projects, and received 150 visas, according to State Department data, a more than fourfold increase than the previous year.

“In 2012, the most common question I’d get was ’Is this legal?’” says Renata Castro, managing partner at Castro Legal Group in Pompano Beach, Florida. “They thought it was some kind of scheme.” But recently the EB-5 program has gained much wider recognition. “Now, I’m getting more sophisticated questions about the structure, the jobs created, and the likelihood of getting a permanent green card,” she says. “Brazil is becoming a much more mature market.”

The upsurge in EB-5 activity is the product of Brazil’s economic boom and bust, says Luciana Zamith Fischer, a Miami immigration lawyer and former regional center principal. In 2010, Brazil’s economy surged 7.5 percent, the highest rate since the mid-1980s, but growth has slipped steadily since then, and in both 2015 and 2016 the economy contracted by more than 3.5 percent.

That means many Brazilians who got rich during the good years are now seeing their country dragged down by an economic crisis, political scandals and rising crime, Zamith Fischer says. As a result, large numbers of Brazilians have both the resources and the motivation to use the EB-5 program. “People feel the prosperity from 2010 should have translated to better services and infrastructure,” she says. “People are disillusioned, and they want to get out.”

Around 8,000 millionaires left Brazil in 2016, the third-highest outflow worldwide, according to a New World Wealth report, with Sao Paolo alone losing more than 3,000 millionaires.

“The downturn in the local economy, the Zika virus, and rising crime rates are pushing many millionaires out of the country,” says Andrew Amoils, head of research at New World Wealth.

Amoils doesn’t expect a sustained exodus of HNWIs from Brazil. “Our provisional figures for 2017 show a drop in net migration from the country, which is a good sign,” he says.

So far, though, there’s little sign that wealthy Brazilians are cooling on the EB-5 program: a total of 151 Brazilians filed EB-5 applications in fiscal 2016, according to data obtained by IIUSA.

Not all of those applications will ultimately be approved: Brazilian I-526 filings were rejected at a slightly higher rate than the global average in fiscal 2016, with just under three quarters of applicants granted visas.

That might be because until recently many Brazilians had undeclared assets, says Bruna Canto, a senior adviser in LCR Capital Partners’ Sao Paolo office. “Brazilians historically haven’t been able to document their source of funds well,” she says. Still, an amnesty last year allowed Brazilians to regularize their situations, and Canto anticipates that EB-5 applicants will have an easier time moving forwards.

Another problem might be harder to solve: Brazilians are highly relationship-focused, and often rely on family lawyers or friends of friends instead of seeking expert assistance. That can mean investors may receive bad advice, even as they grow more sophisticated in other ways, says Edward Beshara, a managing partner at Beshara Global Migration Law Firm in Orlando.

“They’re either getting bad lawyers, or ones who say they do EB-5 but don’t know what they’re doing,” Beshara warns. “They don’t have all the information they need to make the right decisions.”

In general, though, Brazilians are now much more savvy about the EB-5 process, Canto says. “Usually the people that contact us today already have an understanding of the program,” Canto says. “They’ve already done a lot of research, they’re not as uninformed as they used to be.”

The flip-side of Brazilians’ reliance on personal relationships is that they share information, and pay close attention to how other EB-5 investors are faring, adds Castro, the Pompano Beach lawyer.

In the early 2010s, Castro says, most Brazilians wanted to run their own projects, and were wary about ceding control to developers. “When I started going to Brazil, we got a lot of pushback because of the lack of control,” Castro says. But over time, Brazilians have seen that going solo can backfire. “Brazilians have learned, from the mistakes of their peers, that developing a business in the US with 10 or more jobs is very hard,” Castro says.

Now, Brazilians are more open to working with regional centers, although some remain wary after seen friends stung by poorly managed projects. “The biggest obstacle that an EB-5 regional center has in Brazil is breaking the barrier of developing trust with the investor,” Castro says.

Because of that wariness, many Brazilians favor relatively small, bricks-and-mortar projects, where they can more easily keep tabs on things. About 80 percent of LCR Capital’s Brazilian investors opt for real-estate development projects, like the Surf Club investment favored by the Stupiello family, LCR Capital’s Canto says.

Other EB-5 developers are looking to build credibility by working with brands that are well-known in Brazil. Florida EB-5 Regional Center CEO Dennis Slater, who is helping to fund the US expansion of Brazilian fast-casual restaurant chain Spotelo, says about a quarter of his investors now come from Brazil.

Even with Spotelo’s brand recognition, though, Slater has to work hard to convince Brazilians that his project is legitimate and worth backing. At one point, Slater even added a webcam to his company’s website, so that potential investors could watch a live stream of each day’s lunch service in Spotelo’s flagship store in Orlando’s Florida Mall.

That kind of attention to detail is necessary, Slater says, because Brazilian EB-5 investors thoroughly investigate the projects they fund, typically spending about six months doing due diligence before making a commitment. “They’re very prudent investors, and they’ll make sure they’re comfortable with the investment before they move forwards,” he says.

The maturation of Brazil’s EB-5 sector is well-timed, says Castro: the country’s current president, Michel Temer, remains mired in a corruption scandal, and former President Luiz Inácio Lula da Silva — himself facing a prison sentence on corruption charges — is the frontrunner in the race to replace him. That suggests further political chaos lies ahead, which could drive more wealthy Brazilians to explore the EB-5 program.

“I think we haven’t even seen the tip of the iceberg. We’re going to see a mass exodus coming out of Brazil,” Castro says. “We need to stay tuned, as an EB-5 service-provider community, and make adjustments to service this community.”

For now, Stupiello says she and her husband are happy to remain in their relatively peaceful corner of Brazil, and let their son Bruno reap the rewards of their EB-5 investment.

Still, Stupiello says, she’s paying close attention to Brazil’s economic and political problems, and will be relieved to have the option of coming to America in the future. “We feel lucky,” she says. “We know that we’ll have a choice. If we want, in our retirement, we’ll have a chance to go to a quieter place, and be close to our son.”